Visiting Arizona and not sure which museums are worth your time? Then you’re certainly in the right place because this guide will tell you everything you need to know about all of the state’s most interesting museums!

Whether you’re into art museums, musical museums, or natural history museums, you’ll find plenty of options to keep you entertained while you’re traveling through the US state. So, read on to learn all about the best museums in Arizona, and start planning your trip! 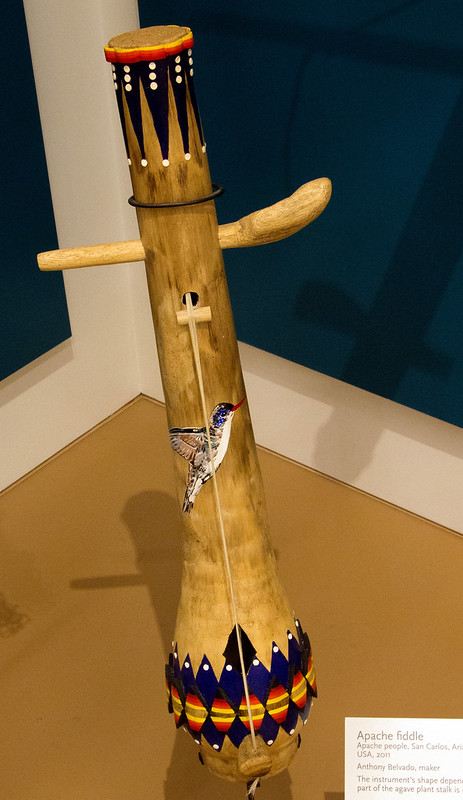 The Musical Instrument Museum is located in Phoenix, and it’s the largest museum of its kind in the entire world. It boasts a collection of more than 15,000 musical instruments and other associated objects, including instruments from about 200 different countries in the world.

This fascinating museum features musical instruments that represent all the different continents! Also, larger countries that are known for multiple music genres have several displays, with separate sections for each of the genres that are prevalent in them.

Arizona’s Musical Instrument Museum also features a large theater for concerts. Shows are usually held after the museum closes for the day, and the theatre has welcomed a variety of famous musical artists, including Wand Jackson, Jornid Sparks, Ronnie Spector, and many others.

Desert Caballeros Western Museum is a museum in Wickenburg, with a collection that focuses on the Western heritage of the town. It was founded back in 1960, but it hadn’t officially to the public as a museum until 1969.

The DCWM boasts a large collection of Western fine art, as well as various historic exhibits and other programs that aim to educate visitors on the legacy and culture of the American West. The permanent exhibits at this museum include various works by Moran, Remington, Cowboy Artists of America, Bierstadt, and other famous westerners.

Additionally, the museum features a life-scale recreation of Wickenburg in 1905, which is probably the highlight of the collection. It’s fun for both kids and adults, particularly those interested in the American West!

Scottsdale’s Museum of the West

Scottsdale’s Museum of the West is another one of the several museums in Arizona that are dedicated to preserving and interpreting the culture and history of the American West. This museum occupies a space of 43,000 square feet, featuring a collection that represents the history, culture, and art of all the 19 states in the American West.

The museum’s director, Mike Fox, once stated that they’re not a museum of objects, but rather a museum of ideas. So, don’t expect to see a huge collection of various Western objects – instead, the museum focuses more on providing a unique experience to all its visitors, while educating them on the topic of the American West.

The Scottsdale museum features a multi-sensory theater, eight exhibit spaces, a sculpture courtyard, and a gift shop. The various exhibits at the museum are focused on influential and famous Westerners, which includes everyone from Bill Gates to Billy the Kid. 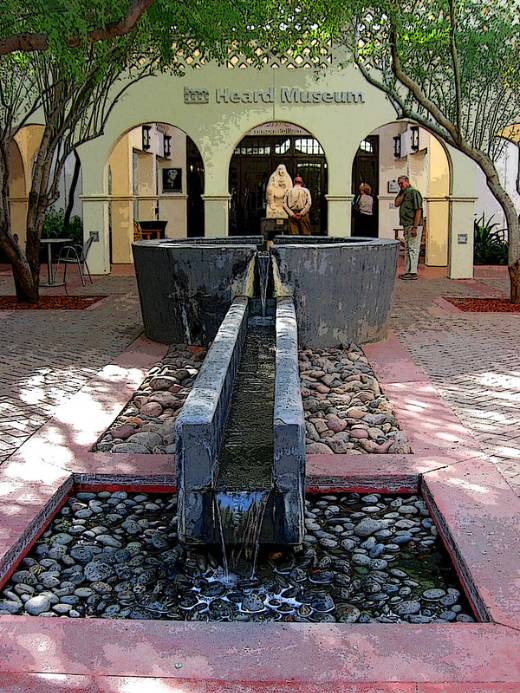 The Heard Museum is located in Phoenix, and its city location is designated a Phoenix Point of Pride. These are 33 attractions and landmarks throughout the city of Phoenix, which has been voted as the top attractions for both the residents and visitors in Phoenix.

Arizona Science Center is a popular museum located in the heart of downtown Phoenix. It is part of the Heritage and Science Park, with a permanent collection that boasts more than 350 hands-on exhibits. In addition to its permanent collection, the museum also has multiple collections that travel nationally, as well as temporary exhibits at its Arizona space.

Solarville is a popular exhibit at the Science Center, which provides interactive experiences and visuals that are supposed to engage visitors to explore all the different ways in which the sun affects us. There’s also the My Digital World exhibit, which educates visitors on various modern technologies, and it even offers everyone a chance to transmit their name using Morse Code.

These are just two of the six permanent exhibits at the museum, and that’s not even counting all the different daily demonstrations, programs, and events that are also held at the Science Center.

It’s also partly a children’s museum, with multiple programs and interactive exhibits for the youngest visitors. Stroller Science is a program of the museum that is aimed at kids of preschool age, while the Spring Break Camp offers an educational experience for kids who are eager to learn even during Spring Break. 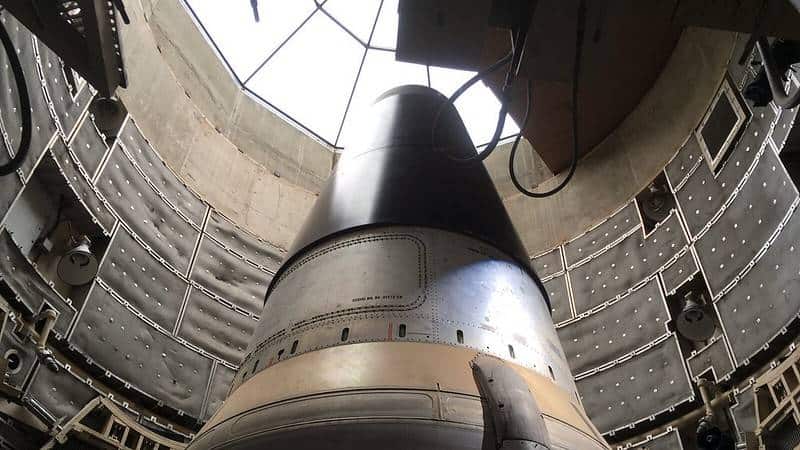 If you want to visit an outside-the-box Arizona museum, then you should head to the Titan Missile Museum. It’s situated about 40 kilometers south of Tucson, and it features an inert Titan II missile. The missile is located inside a silo, and it was deactivated in 1984.

It’s worth noting that this is the only Titan II site that has managed to survive from the Cold War period, so it’s without a doubt worth a visit if you’re all interested in the military or missiles. The place has been designated a National Historic Landmark, and it’s one of the most popular tourist attractions in southern Arizona.

Arizona Railway Museum is dedicated to the various railroads of Arizona and the Southwest. It is situated in Chandler, Arizona, which is only about half an hour outside of Phoenix city center. If you’re traveling through the state capital, a quick detour to Chandler is certainly worth your time if you’re into trains and railroads.

The museum boasts a comprehensive collection of various artifacts and train cars, including old locomotives, dome cars, streetcars, and much more. Most exhibits are restored and well-preserved, and you can explore the museum’s entire collection in just about an hour.

Three of the items displayed in this museum are included in the National Register of Historic Places – namely, these are the Southern Pacific Railroad Locomotive No. SP 2562 and Tender No. 8365, the Railroad Steam Wrecking Crane and Tool Car, and the Tucson, Cornelia and Gila Bend Railroad Caboose No. 15. 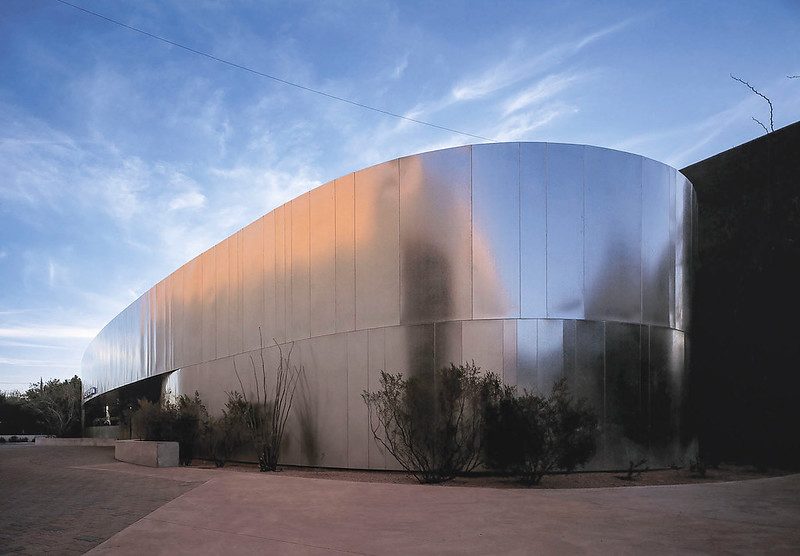 Scottsdale Museum of Contemporary Art is situated in Scottsdale’s Old Town district, northeast of Phoenix. It boasts exhibits dedicated to modern art, architecture, and design. The museum features four separate galleries, where its many exhibitions are housed.

It’s worth noting that SMoCA has both a permanent collection that’s always on display and rotating exhibitions that allow people who’ve visited the museum before to experience something new.

One of the permanent exhibits at the SMoCA is the Knight Rise skyspace. It was designed by James Turrell, a famous Arizona artist, and it’s one of just 14 skyspaces that are open to the public in the US.

Phoenix Art Museum is the largest art museum not just in Arizona, but in the entire southwestern United States. The museum occupies an area of 285,000 square feet, with a collection that boasts more than 18,000 works of art.

The museum’s vast collection includes works by various European, Asian, and American artists, including some of the best examples of contemporary and modern art, as well as fashion design. It’s been a community center since 1959, and in that time it has hosted numerous live performances, festivals, art films, and even educational programs.

Additionally, this fascinating museum is also known for its large contributions to photography. It partners with the Center for Creative Photography and hosts lots of photography exhibitions.

On top of all that, the Phoenix Art Museum tries to appeal to its youngest visitors as well. It has an interactive space for kids, and some of its educational programs are geared towards the younger crowds.

Before Arizona became a US state in 1912, it had its own Arizona Territorial Government, which was housed in the Arizona State Capitol. That building is today known as the Arizona Capitol Museum, and it largely focuses on displaying the culture and history of the state of Arizona.

All the programs, events, and exhibits at this museum are focused on the evolution of Arizona from a then Territory to today State. Some of the programs in the museum are aimed at educating school-age visitors, offering lots of curriculum-related information on Arizona history.

Additionally, the museum has a permanent collection with more than 20 exhibits, which includes everything from the sinking of the USS Arizona to the original offices of the Secretary and Governor of the State. 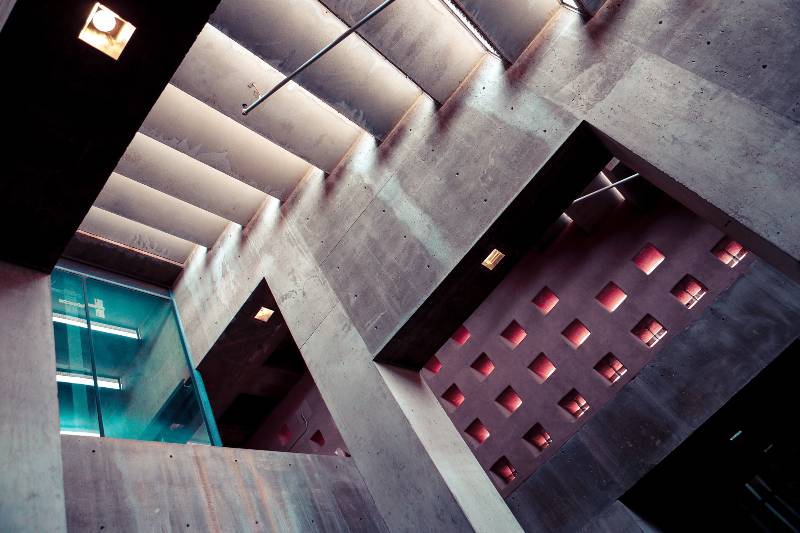 The ASU Art Museum is a popular art museum operated by Arizona State University. It’s situated on the university’s campus in Tempe, and it boasts a permanent collection of around 12,000 objects.

The art museum mostly focuses on contemporary art, crafts, prints, and various arts from Southwestern US. The museum’s permanent collection places an emphasis on Latino artists, as well as art from the Americans. The Latin American artworks in the collection feature a lot of contemporary Mexican art, including folk art, modern Cuban art, and Mexican ceramics.

The contemporary art collection of this popular museum includes works by Karel Appel, Willian T. Wiley, Sue Coe, Vernon Fisher, and many others. The Latin American art collection is even bigger, featuring works by famous artists such as Diego Rivera, Rufino Tamayo, and Pedro Coronel, to name just a few.

The museum is situated in Mesa, a smaller city east of Phoenix. Whether you’re exploring the state capital or just traveling through Arizona, you really should stop by this museum if you are into contemporary art.

Additionally, the Mesa Contemporary Arts Museum provides up-and-coming artists with opportunities to showcase their art at one of their galleries, so there’s almost always something new and exciting to see there. This museum also hosts cultural events, art workshops, and lectures by prominent artists and it’s a very popular space for promoting contemporary art. 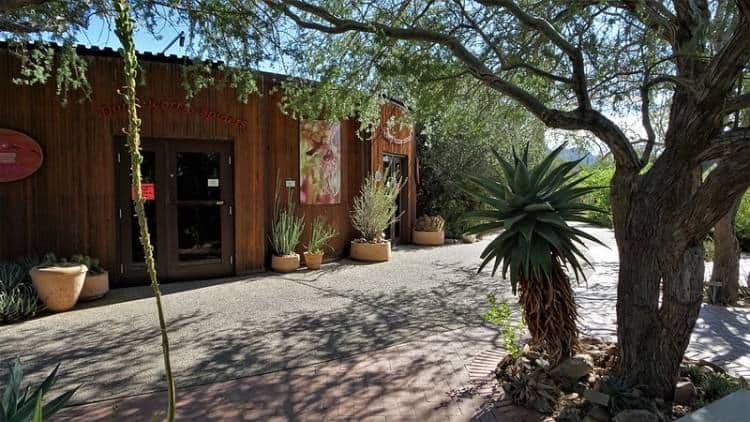 The Arizona-Sonora Desert Museum combines multiple venues and museums in a single space, spanning an area of 98 acres. It’s a zoo, an aquarium, a natural history museum, botanical gardens, an art gallery, and a publisher. It’s situated west of Tuscon, featuring some 2 miles of walking paths in its outdoor areas.

The spectacular museum is one of the most popular tourist attractions in Southern Arizona, which isn’t even a little surprising, considering just how many different things it offers to its visitors. The natural history collection of this museum is dedicated to the Sonoran Desert and its adjacent ecosystems, featuring both plants and animals that are common in the region.

Other popular attractions in the museum include the Desert Grassland, which is an area where a desert grassland habitat is recreated. Cat Canyon is also popular with visitors, who can observe various sorts of small cats, such as ocelots and bobcats, in their natural habitat.

The Phippen Museum is a small museum in Northern Arizona that focuses on preserving western art and heritage. It’s basically a cowboy museum, and an absolute must for all travelers in Arizona who are interested to learn more about the West.

The museum space often organizes special events, workshops, and heritage and art programming events, which focus on Western culture. The permanent collection of the Phippen includes a Western Heritage Gallery, the Arizona Rancher & Cowboy Hall of Fame, Ray Swanson Gallery, and a few other exhibits.

The Amerind Foundation Museum is both a research facility and a museum dedicated to Native American histories and cultures. It is located near Dragoon village in southern Arizona, about 65 miles west of Tucson.

The popular museum was founded in 1937 by William Shirley Fulton, who was a prominent archeologist. Therefore, it’s no surprise that the small museum boasts an extensive collection of ethnological and archaeological artifacts, in addition to its large research library.

On top of that, this museum also features the Fulton-Hayden Memorial Art Gallery, which displays paintings by various Native American and Anglo American artists from the 20th century.