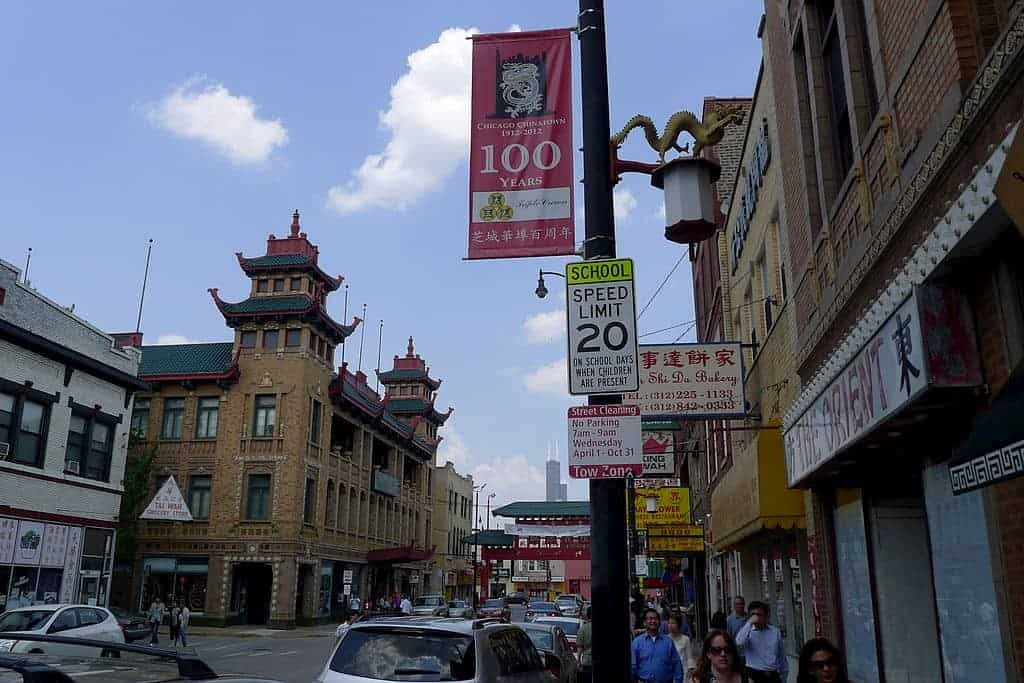 During the 1870’s, there was a group of Chinese immigrants working in Chicago. The Chinese laborers started coming over to work on the completion of transcontinental railroad. They recruited over 80% of Chinese for laborers. Once the railroad was completed in 1869, the Chinese then moved on to find more work, some of the workers going to Chicago. The anti Chinese act that was put in force stopped the immigration of Chinese from the Pacific Coast to the east. Discrimination against the Chinese increased during 1861. This was because of the declining economic conditions that spread throughout the United States. The depression hit, this left many people out of jobs.

Many riots and uproars were held in San Francisco and Los Angeles that discriminated against the Chinese. The legal system was also in on these riots. They even went as far as passing a law in 1863 that encouraged acts of violence on the Chinese, and forbid them to testify against any white man in the court of law. During these riots, some of the more ambitious Chinese men moved to other places throughout the United States; one of these places being Chicago. Although the Chinese can be dated back as far as 1870, the first claimed Chinese immigrant to arrive in Chicago was T.C. Moy who arrived in 1878. When he arrived, and found little prejudice, he encouraged his fellows to join him. Over 80 of his followers joined him within one year of writing to them. The same laws against the Chinese were still in effect in Chicago as they were in the rest of America, they found little discrimination. They also held the same man to woman ration of 100 to 1. The population grew steadily, but at slower speeds.

During the time of 1890, there were around 560 Chinese in the city of Chicago. They took on their own businesses such as small shops, restaurant, and laundry areas. Around the 1900’s, there were 430 laundry areas, around 160 restaurants, and they were all operated by the Chinese. The largest immigration of Chinese came in the 1950’s through the 1960’s. During this time, Chicago ranked fourth on the list of Chinese population throughout America. Chicago was home to between 7,000 to 14,000 Chinese immigrants. The first Chinese community was placed around Van Buren and Clark Streets in Chicago. In 1905, due to the discrimination against the Chinese people in California, they boycotted American trade in China.

The news of this eventually circulated to reach Chicago. The presence of the Chinese living there brought hostile and suspicious feelings to the Americans who did business with them. Landlords who rented their units out to them raised their prices, at such a large rate many of the occupants could not afford to pay rent. Half of the population was forced to move south because of the increased rent prices. They moved onto Cermak and Wentworth Ave. This was made possible by a series of 10 year leases on building that the H.O. Stone Company contracted through members of the On Leong Businessmen’s Association. These streets soon became the centralized location for Chinatown. Extension of Cermak road for the World’s Fair in 1933 took place, and this cut the Chinese housing in half. Construction that took part for the expressways in the 1950’s took away half the Chinese population once again. More housing was again demolished in 1969 after the construction of an extension for the expressway that never actually happened.

With the large influx still taking place in the 1960’s, this left less housing than ever. This is when the Chinese forced the Chinatown Redevelopment Association into purchasing new land for public housing within Chinatown. There were few buyers in the beginning, and banks had no confidence in lending money to Chinese. This was also because the building site that they wanted was not up for sale at the time, but the problems were solved eventually, and all of the houses were sold below market value. Due to increased crowding after the expansion, this led for another need to expand even further. This led the Chinese to 26th Street into Bridgeport; they bought homes and started businesses in the area.

The first Chinatown was raised to allow room for a new State Detention Center in the 1970’s. This meant that the Chinese had to once again relocate. The Argyle and Broadway sections of Chicago were chosen for the new location of Chinatown. Entrepreneur Jimmy Wong started of the buying of the land by purchasing 60% of the properties on both sides of the block. He also helped those who wanted to start up businesses in the area. This portion of Chinatown is now known as the ‘Small Saigon’ because it does not house the majority of Chinese immigrants. Southern Chinatown is still home to oncoming Chinese, and when they adapt to their new surroundings and learn English eventually move away from Chinatown.

There are services to help those Chinese who first come over, although the system is not as good as it once was due to increasing volumes of Chinese immigrants. They still are able to provide food, shelter, work, and education to those who come. The older generations who have stayed within Chinatown now have to deal with the younger generations. They have problems such as unemployment, juvenile delinquency, and housing shortages as well as health care issues that may arise. Because of this, the Chinese American Social Services League was established to help with basic needs of those who need them in 1978.

There are many job opportunities for the Chinese in Chinatown. They include grocery stores, restaurants, food processing factories, and much more all maintained by the Chinese who hire Chinese. Chinatown is a cultural identity and heritage marker for Chinese Americans. Many of them, who do not live in Chinatown, go to Chinatown for their groceries, food, items, and publications. It is a tourist attraction to those who do not live, work, or shop in the town. It is an introduction into Chinese culture and cuisine for people who wish to learn more about the Chinese.