What is Delaware Known For?

Situated on the northeastern Atlantic coast, the US state of Delaware is second only to Rhode Island as the smallest state area-wise yet it’s the sixth most populous. It’s named after the nearby Delaware River and Bay nearby.

Easily reached by train, plane, and bus, the state is popular with travelers for its tax-free shopping, former mansions, museums, state parks, and outdoor fun. It’s only about a 1.5-hour train ride from Washinton DC and is the crossroads of Americana culture. Accents and attitudes change from American English and formalities in the north to southern colloquial and a more casual attitude in the south.

It is surprisingly packed with things to do as you’ll see by the following 15 things Delaware is known for. 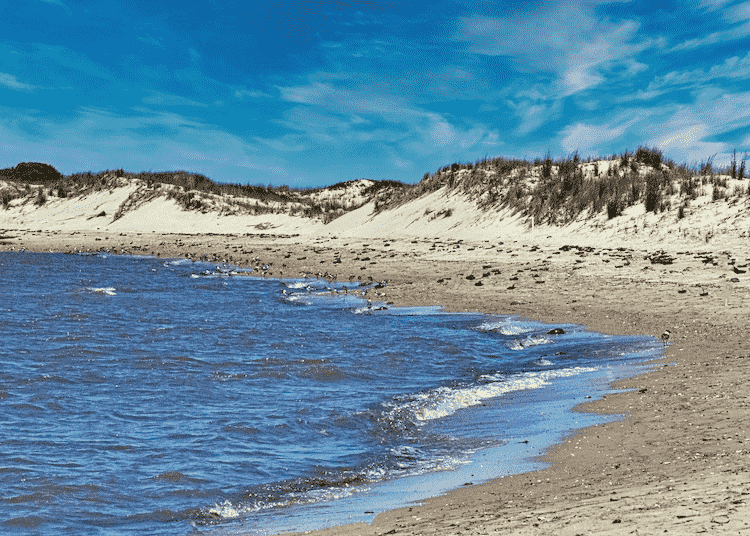 Delaware’s 28-mile long coastline is dotted with white-sand beaches that are popular weekend getaways for nearby states. The small, quaint beach towns fill up quickly on summer days with residents from three major cities: D.C., Baltimore, and Philadelphia. You’ll find beachgoers mingling with the locals strolling past shops, galleries, and cottages with coffee in hand.

Rehoboth Beach, a major resort ranks consistently as one of the nation’s best beaches for its laidback atmosphere, seaside restaurants, and trendy boutiques. To the south, Dewey Beach is a little more action-packed, and Bethany Beach and Fenwick Island are family-friendly.

Some other interesting facts about Delaware are the different nicknames it sometimes has!

This tiny state (which is the second smallest state) is sometimes called the Blue Hen State, after the state bird. It is also called the Diamond state, originally by Thomas Jefferson – who once said it was a “jewel”.

It is also officially called the First State, because it was the first state to ratify U.S. Constitution on December 7, 1787. Quite the claim to fame!

And while we are on the topic of firsts, the First State was also the first state with a State Constitution back in December 21, 1776.

Delaware is also only one of the five states with no sales tax!

The naming of both Delaware River and Delaware Bay predate the state by a long way. Way back in 1610, they were named after the title of the Virginia Governor, the Baron De La Warr. His actual name was Thomas West.

Both the river and the bay form a large part of the eastern border of the Diamond State, leading straight into the Atlantic Ocean.

Situated along the scenic Christina River, the city of Wilmington’s Riverfront District is a successful example of redevelopment. The area went from a Mid-Atlantic industrial giant to an industrial wasteland before renovations blended it with history and modern attractions. You’ll find a variety of entertainment, dining, shopping, and sports.

Visitors can attend a baseball game at Frawley Stadium to see the Blue Rocks play, dine on gourmet seafood, or simply stroll along the river.

Fenwick Island is a 344-acre state park between Ocean City, Maryland, and South Bethany, Delaware. The quaint island town is built around the Fenwick Island Lighthouse, a historic monument. Although the steps to the top of the 87-foot lighthouse can no longer be climbed, you can visit the museum and a gift shop.

The beaches at Fenwick Island are wide, sandy, and a paradise for sun worshippers. Beachgoers enjoy sunbathing, watersports, and surf fishing from the park’s three dune crossing. There are watercraft rentals, a bathhouse, and a snack bar. A lifeguard is on duty during the summer months.

The Delaware Art Museum in Wilmington is known for its focus on American Art from the 19th century to the present. Especially prominent are the works of Howard Pyle, the illustrator of books by Mark Twain and Robert Louis Stevenson. Pyle is known for his ethereal etchings, paintings of medieval chivalry, and pirate drawings for Stevenson’s classic Treasure Island.

Alongside Pyle’s works, are those of Norman Rockwell, Maxfield Parrish, and other notable American artists. Other collections at the museum include posters by American designers and jewelry and metalwork by English craftsmen. 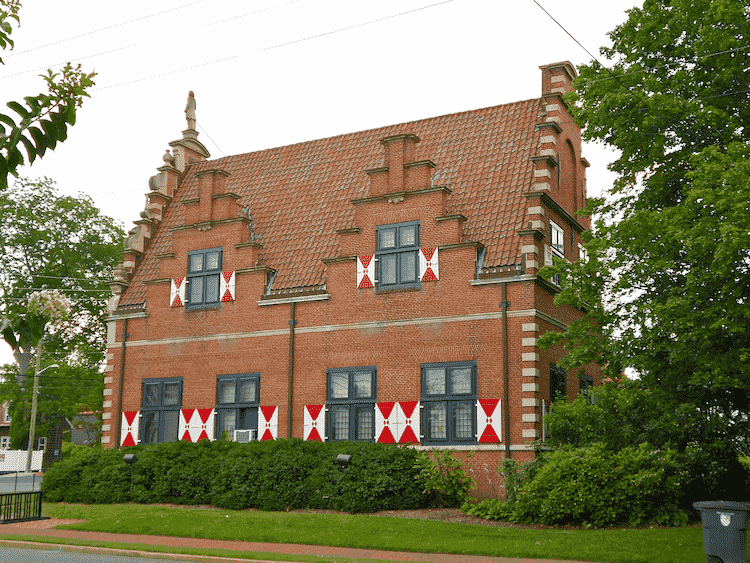 Found in the city of Lewes, this unique museum was established in 1931 as an homage to Zwaanendael, Delaware’s Dutch colony. Designed in the style of Hoorn’s old city hall in the Netherlands, the architecture features a stepped facade and elaborately carved spiral stones.

The museum’s unique exhibits detail Sussex County land and maritime history. The most bizarre object you’ll see is the Fiji Merman, the torso and head of a monkey attached to the back half of a fish.

This fascinating museum is Delaware’s only Native American museum and a National Historic Landmark. Located in an old one-room schoolhouse, it has a collection of artifacts that will impress anyone, especially those intrigued by indigenous history. The artifacts include arrowheads, textiles, spears, and more, some items dating back to 8000 BC. Most impressive is the museum’s wooden canoe.

The Nanticoke Museum is located in the city of Millsboro not far from Bethany Beach. The Nanticoke folk give in-depth presentations. It’s a nice stopover after a day at the beach.

The Winterthur Museum is in what was once the home of American horticulturist Henry Francis du Pont. The grand mansion has 175 rooms filled with priceless antiques and art. Over 80,000 items in the museum represent an important collection of Americana. Mr. du Pont built the house to showcase his collection and entertain friends.

A 1,000-acre park surrounds the mansion that is all one would expect of a famous horticulturist. The gardens of the estate are more than stunning, and there’s even a special attraction for kids called the Enchanted Woods.

The du Pont story begins on 235 lush acres set along the Brandywine River near Wilmington. This was the family’s first home in America. Today, the Eleutherian Mills is home to the Hagley Museum and Library and the DuPont Company’s original powder mills. The Hagley Home & Gardens tour includes the family residence, Hagley Barn, and the E.I. du Pont Garden. The Hagley Library features a curated display of patented models.

DuPont is now an American corporation with the merger of Dow Chemicals and several spinoff companies. 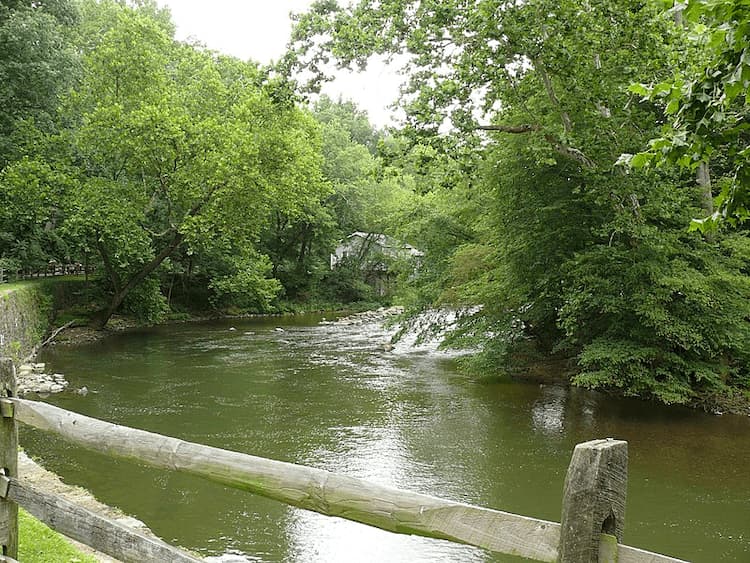 Set on 933 acres in Wilminton, the Brandywine Creek State Park offers lots of opportunities to enjoy nature. Walking, running, and hiking are favorite pastimes in the park year-round. In the warmer months, visitors enjoy tubing, canoeing, kayaking, and fishing for several species including smallmouth bass, crappie, and bluegill. Local outfitters are available to set you up with gear if needed.

The park is also known for its birds and other wildlife, as well as the majestic tulip poplar trees. The Brandywine Zoo specializes in endangered species of both North and South America. Various birds and hawks are featured at the park’s Hawk Watch Nature site.

The Cape Henlopen State Park has been an outdoor haven on the Delaware Bay in Lewes since 1964. It’s the perfect place for outdoorsy types to spend the day. The 5,193-acre park includes sandy stretches for sunning along the bay, scenic trails for hiking and biking, and camping with amenities. The park also has an observation tower, basketball courts, and an 18-hole golf course.

Nemours Mansion is a stunning French-inspired country estate set on 300 acres. Built in 1909, the home was a gift from Alfred du Pont to his wife. One of Delaware’s most popular attractions, the French neoclassical 77-room home is surrounded by stunning gardens. Visitors come to appreciate the French architecture, artwork, and furniture inside the mansion.

The surrounding gardens are equally impressive and are home to the largest French gardens in North America. Visitors can take a romantic stroll among fountains and sculptures. And the chauffer’s garage houses an amazing collection of vintage automobiles.

The mansion is located at 1600 Rockland Rd in Wilmington. 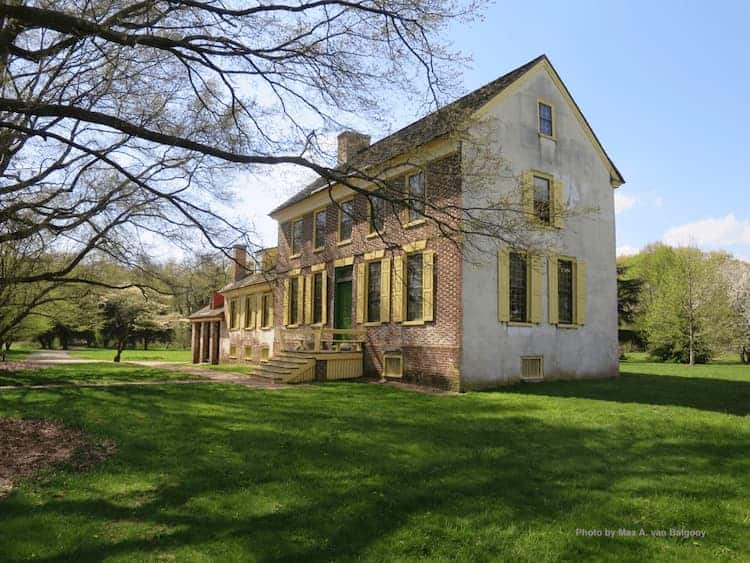 Delve into history with a visit to the farmstead of John Dickinson, credited with drafting the 1778 Articles of Confederation. Called the “Penman of the American Revolution,” Dickinson moved with his family to this home in Dover when he was only eight years old. The farm includes a mid-18th century brick home, several outbuildings, and tenant houses for slaves.

The historical homestead is now restored and is a museum that chronicles the role Dickinson played in the founding of America.

Delmarva is a small peninsula with three state lines. Visitors can go for a 183-mile long scenic drive by taking the Bay Bridge Tunnel or a ferry out to the peninsula. The name Del-Mar-Va stands for Delaware, Maryland, and Virginia. After the development of the Chesapeake Bay, it technically became an island.

On the Virginia half of the Assateague Island is the Chincoteague National Wildlife Refuge, a 14,000-acre wildlife preserve maintained by the U.S. Fish & Wildlife Service. Morris Island and Wildcat Marsh are situated on the Maryland side. ​You’ll see the Morris Lighthouse in the distance.

It is here that the culture becomes more southern and conservative than the rest of the Mid-Atlantic.

How about a Thanksgiving dinner on a sandwich? Now popular all around the nation, Delaware’s iconic Capriotti sandwich originated from the Capriotti Sandwich Shop in Wilmington. The sandwich is a sub roll crammed with turkey, stuffing, and cranberry sauce.

The Diamond State slippery dumplings are another iconic food that is slightly misunderstood. The dish is noodles slattered in chicken gravy. The locals swear they are better than what the rest of the country knows as dumplings.

Don’t leave Delaware without trying tasty blue crabs fresh from the ocean at Delaware Bay. Enjoy them on a long table lined with paper or in crabcakes at a local crab shack. 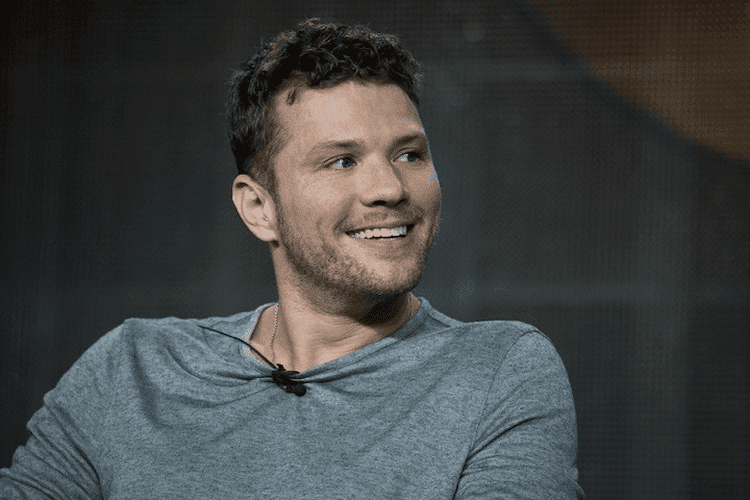 Several famous people call Delaware home. American actress and producer Aubrey Plaza is from Wilmington. She played the role of April Ludgate in the NBS sitcom “Parks and Recreation,” and later starred in the drama series “Legion.”

Ryan Phillippe from New Castle starred in the popular movie “I Know What You Did Last Summer.” He got his start playing Billy Douglas on the soap opera “One Life to Live.”

The Father of Reggae Bob Marley lived in the state while working for the DuPont Company between 1965 and 1977.

The most famous Delawarian to date is Joe Biden, the 46th president of the United States. “Scrappy Joe from Scranton (PA)”moved to Delaware with his middle-class family when he was 10 years old. Joe attended college at the University of Delaware. He was a US senator from 1973 until 2009, served as Barrack Obama’s vice president until 2012, and won the presidential election on November 3, 2020.