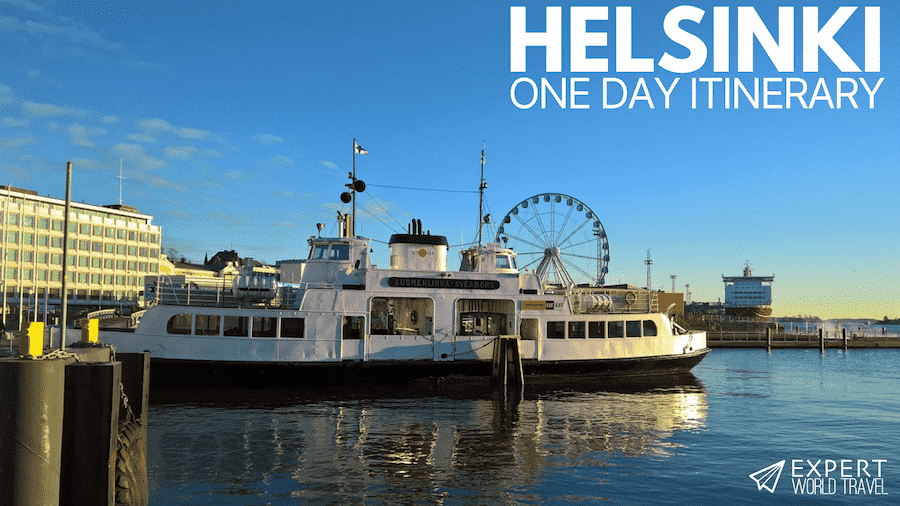 One Day in Helsinki: What To See & Do

When you think about Scandinavian countries, Sweden or Norway would always come to mind. Finland isn’t always the top choice. However, as more travelers become more adventurous, the Finnish capital is gaining popularity. Deemed the “Daughter of the Baltic”, one day in Helsinki will give you plenty to do, see, and explore. 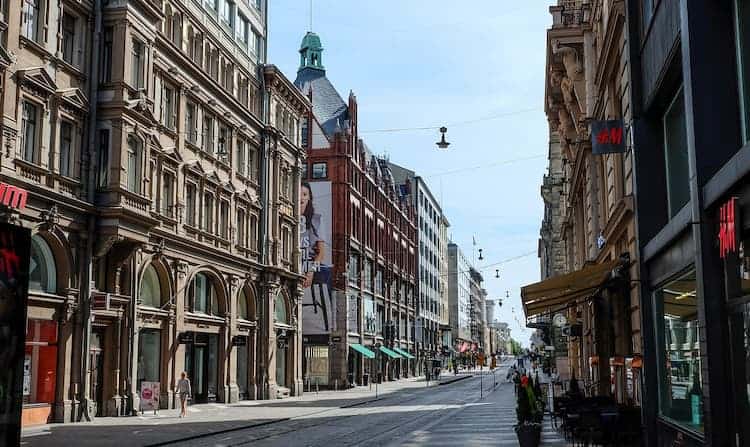 Helsinki is a destination on the rise. It’s become a city hotspot for design and architecture, distinguished by the clean and minimalistic Scandinavian design. There are many vibrant neighborhoods that celebrate Finnish design and are tourist destinations in themselves. In fact, this small city (only covering 184 square kilometers) has the largest concentration of Art Nouveau structures in Northern Europe.

Helsinki is also home to a long-standing sauna culture, so health and wellness during your trip should be well taken care of. Local cuisine also places importance on locally-sourced, seasonal seafood. Needless to say, prepare for an amazing gastronomical experience, too.

When it comes to exploration, Helsinki is within day-trip distance to many of the country’s national parks. You’re sure to enjoy stunning views and vistas, especially in a country with more than 187,000 lakes within its borders.

But if time is not on your side, Helsinki is compact enough to explore in one day. It’s a very walkable city where you can hit all the important landmarks in less than 24 hours.

One Day in Helsinki

Of course we all want more time for travel, but if you only have a day, here are the things to see and do to experience the best the city has to offer.

Have Breakfast at Market Square Helsinki

The best way to start the day is to head to the Market Square and take your pick of local delicacies. It’s near the harbor so you get amazing sea views, plus a taste of fresh local herring. If it’s not your taste, there are different kinds of food booths with fresh fruit and other items to munch on. You also won’t run out of sellers who offer good, Finnish coffee. The Finns are some of the biggest coffee consumers in the world, so expect to find a good dose of caffeine to jumpstart your day. 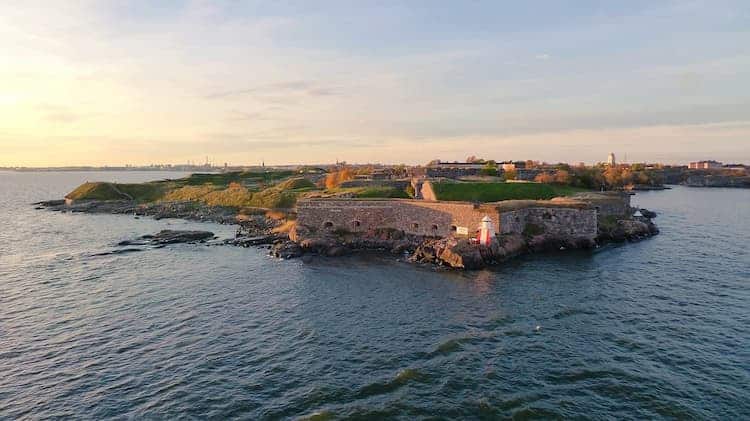 From the Market Square, take a 20-minute ferry ride to Suomenlinna Fortress. This 18th-Century sea fortress is one of the most extensive building projects during the Swedish rule. It was declared a UNESCO World Heritage Site in 1991 for its well-preserved military design and architecture. There are several parks and museums for you to visit, plus many photo opportunities by the canons that guard the perimeter of the fortress. 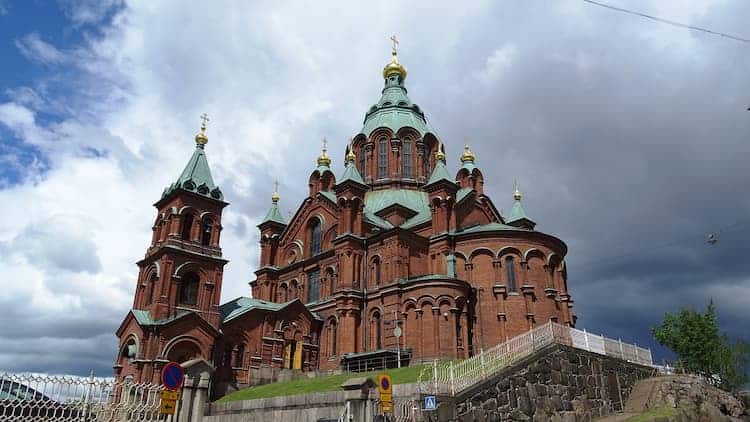 Right by the Market Square, atop a grassy mound, is the Uspenski Cathedral. It’s said to be the largest Orthodox Church in Western Europe. The Church was built in 1862 and was completed in six years. The Cathedral is also made with bricks from the Bomarsund Fortress and Aland Islands that were completely destroyed during the Crimean War. Its golden domes, green roof, and contrasting red facade are very distinct and very reminiscent of Russian design. The interior is very ornate with vivid murals, a stark contrast to the otherwise muted and minimalistic architecture of Helsinki.

For architecture fans and enthusiasts, the Katajanokka District is your playground. This is where you’ll find the famed Art Nouveau structures of Helsinki. There are around 600 buildings in the area, emphasized by the fact that it sits on a peninsula and is surrounded by water. The pastel-colored buildings are great examples of National Romanticism in the unique design of the district. True to Art Nouveau form, you can take a closer look at the buildings to notice intricate details and picturesque motifs found on windows and arches. While the whole district is distinct in its style, Kauppiaankatu, Luotsikatu, and Vyokatu streets will give you the best examples. The best part about Katajanokka District is it’s not exactly a tourist landmark or destination. If you’re looking to break away from the crowds, this is your breather.

Just a few minutes away from the Market Square is the Old Market Hall. It’s an amazing place to get some lunch when you just want to taste everything that Helsinki can offer. Here you’ll find many kinds of dishes to enjoy, especially game meat and seafood that Finland is very famous for. There are also some vegetarian and ethnic delicacies for those who have a bit more restrictions on their diet. If you’re in the market for some souvenirs, the Market Hall is also a good place to find local products. There are different kinds of pastries and breads, cheeses, gourmet meats and spices to choose from.

If you’re looking for something less chaotic, there are tons of sit-down restaurants that offer great meals. Fafa’s, a Middle Eastern inspire fastfood joint, or Sandro, a clean eating type of restaurant, are popular options among the locals.

The Helsinki Senate Square is the central place for the city’s politics, religion, and science. It’s the best spot to get your bearings if you only have one day in Helsinki. There’s a large statue of Emperor Alexander II at the center to signify the Russian rule over Finland in the 19th Century when the square was built. The surrounding buildings are created in Neoclassical design, a favored design by the square’s builder, German Architect Carl Ludvig Engel. 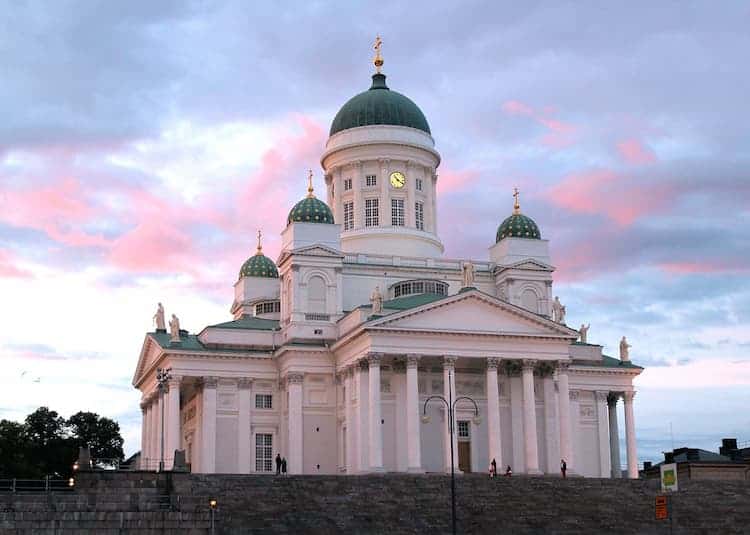 The Helsinki Cathedral, also located in the Senate Square, is Helsinki’s most recognizable landmark. It’s another example of the classic Neoclassical architecture, characterized by large Corinthian pillars on its facade. You’ll also find zinc statues of the Twelve Apostles who serve as guardians of the Cathedral. Despite its grandeur, its simple yet stunning white exterior hints at the simplicity of Lutheran cathedrals on the inside. The unpainted interior walls are illuminated by orange lamps that hang down from the ceiling. At the center part of the cathedral is an enormous organ that guides mass songs during service.

The National Library of Finland

Architecture buffs will swoon at the frescoes and murals inside the National Library. Book lovers will marvel at the massive collection of important texts housed within its walls. Another overlooked attraction in Helsinki, the National Library is home to both architectural gems in its marble columns and vaulted ceilings as well as the largest collection of books in the whole country. You can spend as little or as much time as you want (or have) here. It can also be a good spot to take a break from exploring.

From the peace and quiet of the library and cathedral, head over to Helsinki’s chief commercial hub. Aleksanterinkatu is the oldest street in the city and home to many landmarks, civic institutions, eateries and bars. It’s also where most tourists and locals do their shopping with a mix of international and local brands. 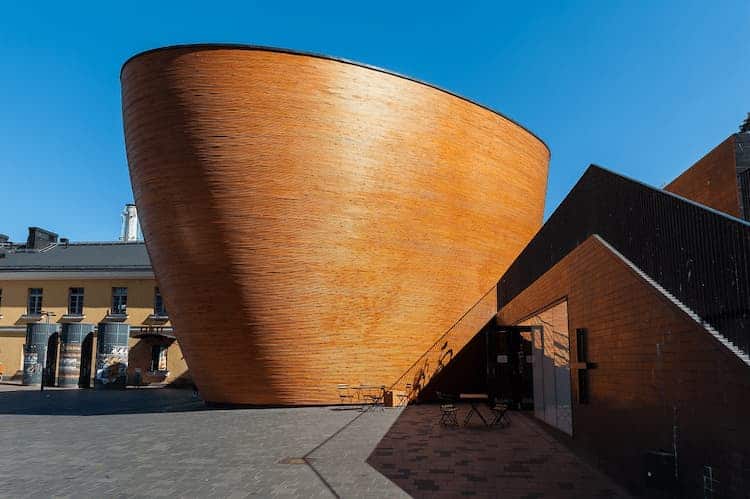 Another quick side trip is a look at the Kamppi Chapel of Silence towards the end of Aleksanterinkatu. It’s a small Lutheran church built in an oval wooden structure with a copper exterior. The chapel is such a distinct sight that most people stand outside just to admire the structure. It’s open to all faiths and another respite in the midst of the vibrant city center.

Take a 20-minute walk towards Helsinki Central Station to see one of the world’s most beautiful train stations. It’s another prime example of the National Romantic style of Finnish Art Nouveau designed by Finnish architect Eliel Saarinen. As the hub for Finnish transport, it’s one of the most visited buildings in the whole country. The main landmark of the train station are the clock tower and four stone statues of men holding lamps. More than being decor, these images are some of the most iconic Finnish symbols and are recreated as mascots in various Finnish events. 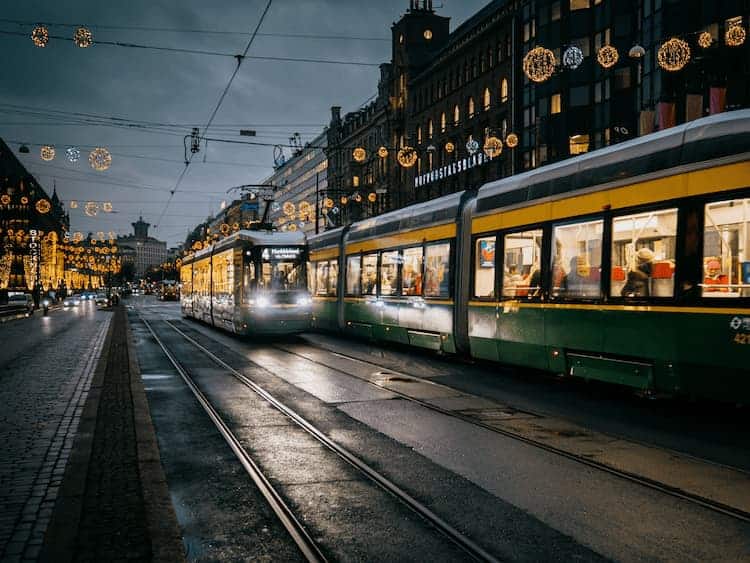 Since you’re already at the station, why not take a ride? Take route 43 from Elielplatsen, 43Kuninkaantammi via Kannelmäki as., and off at Folkpensionsanst (16 minutes). Here you’ll find Mannerheimintie, Helsinki’s longest and most prominent street. Its 5.5-kilometer distance cuts through several neighborhoods and is lined with some of the city’s most notable landmarks. If you explore through the whole street, you’ll come across other must-visit places such as the Finnish Parliament Building, Finlandia Hall, the Museum of Contemporary Art Kiasma, and the National Museum of Finland.

Enjoying your time in Helsinki

As with any destination, one day is not usually enough to really get to know a place. However, if you’re really pressed for time, this one-day itinerary can bring you to some of the best places the city has to offer. There is so much more to explore, and hopefully, after spending one day in Helsinki, you’ll be encouraged to come back!