Sandugo is an annual event held in March in Bohol Island. The festival is held to honor the life of a local and revered Filipino leader, Datu Sikatuna.

It is believed that in the mid-16th century, Datu signed a friendship treaty with a Spaniard king, leading to close associations with Spain. The events that led up to the signing of the treaty were orchestrated by the arrival of the king from Spain in 1565. 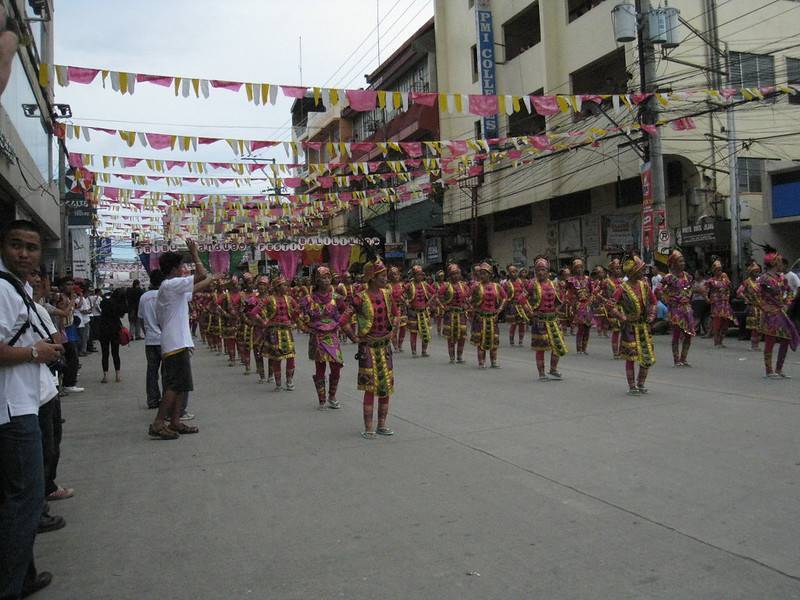 The most remarkable bit about this festival is that its history was characterized by the cutting of the leaders’ arms and drinking the blood thereof in a covenant type of agreement. In the tradition then, this, it was believed, was a way of formalizing relationships and friendships.

The treaty between the two leaders marked the start of a friendship between Spaniards and Filipinos. Today, the festival kicks off in earnest in the month of March, but it is important to note that the street dancing contests that characterized Sandugo were altered to coincide with July festivities. The fiesta kicks off on the first day of July, and it lasts the whole month, giving you plenty of time to visit and enjoy the celebrations.

The street dancing probably the most important event of the entire festival, to no one’s surprise. Dance is a very important part of Filipino culture and tradition, so get used to music and practice your moves before you visit this amazing country.

Anyway, the competition is normally held on the third or fourth Sunday of the month, and it includes participants from the entire island. And I mean that – schools, the government, boholano organizations abroad and even people from surrounding provinces all take part in the competition.

The dancing parade normally starts at around noon at the City Pier, and then moves on through the major streets, with the finale being held at Pres. Carlos P. Garcia Sports Complex. That’s also the place where you can witness a reenactment of the Sandugo, as well as the final judging. The dancers actually perform again inside the sports complex, for all the visitors who have come to see them. 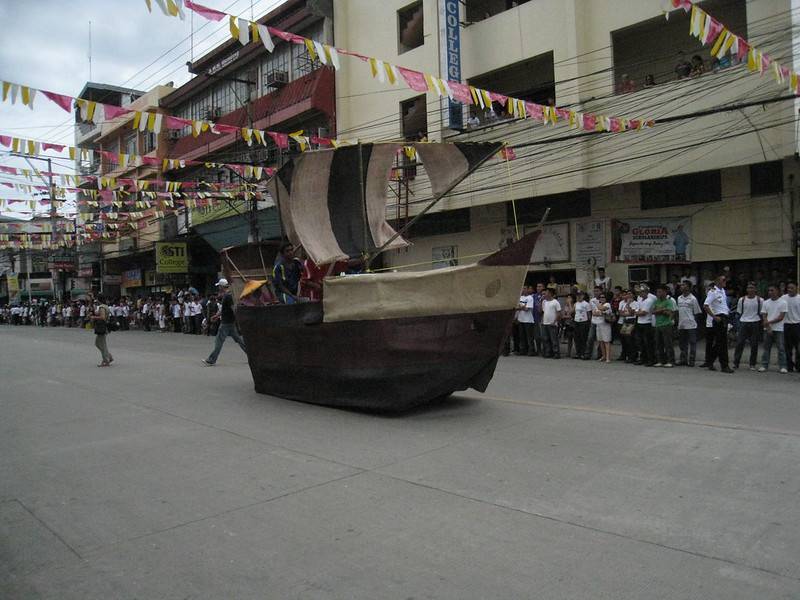 Another important part of the festival is the Miss Bohol Sandugo beauty pageant. If you know anything about Filipino tradition and their festivals, then you probably know that nearly every one of them has some sort of a beauty competition. And that makes sense – Filipino women are absolutely stunning, and it’s no surprise that they frequently win the title of Miss Earth and Miss Universe.

The candidates go through months of preparation, training and various activities, before they battle it out for the crown on the actual coronation night. It’s an amazing event to observe, since you will be treated not only to all sorts of performances, but also some surprise celebrity guests, ranging from former Miss Earth queens, to popular entertainers.

The highlight of the festival are the colored costumes that participants adorn, complete with a stunning parade in rhythm with the loud drum beats. Church services are also held, keeping up with the traditions that have been passed down from one generation to another.

Sports tournaments are also held, and they are a great way to expend some energy, so look out for ways to mingle with the locals at one of the most colorful events in Philippines. Other attractions during this festival include cockfighting competitions as well as beauty pageants. The streets also come alive with a dazzling fireworks display at dusk. Sandugo is the perfect way to celebrate friendship while in the Philippines.

How To Get To Tagbilaran City 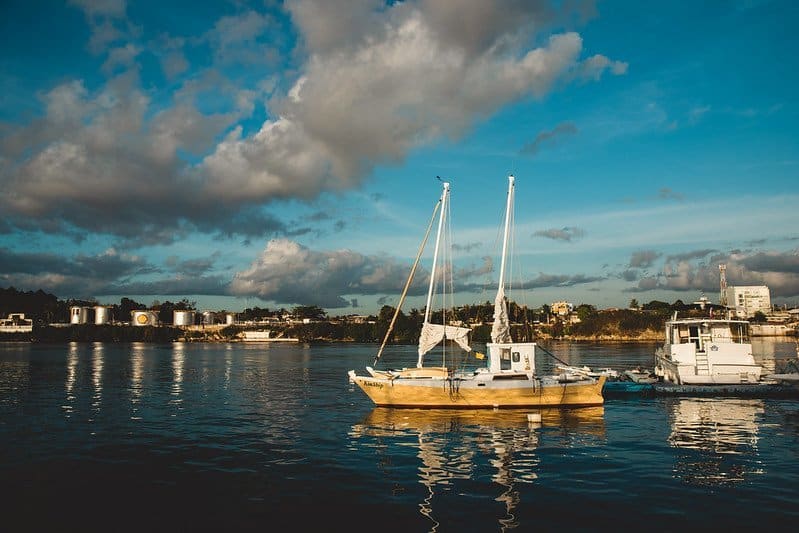 Getting to Tagbilaran City is a bit tricky. You can fly to the island from both Manila and Cebu, but the Panglao International Airport is actually on a smaller island adjoined to the larger Bohol Island. It’s about a 30-minute drive from the airport to the city, so you would either have to rent a car or pay for shuttle service.

There’s another, easier way of getting to Tagbilaran, which is by sea. Bohol Island is directly opposite Cebu City, so if you land there you can just get on a ferry. The cruise is about 3.5-4 hours long, but it’s an awesome experience – cruising along Cebu Strait, admiring the view of the smaller islands is a memorable experience in and of itself. And it’s cheaper than buying plane tickets and paying for a ride, especially since both modes of travel take a similar amount of time.

If you want to be able to explore the rest of the island, you should definitely rent a car. You can do that either at Cebu or at Tagbilaran. Both are valid options; if you rent a car at Cebu, you’ll pay more for the ferry, but you’ll save money on transports from the airport to the port, and form the Tagbilaran port to the nearest car rental.