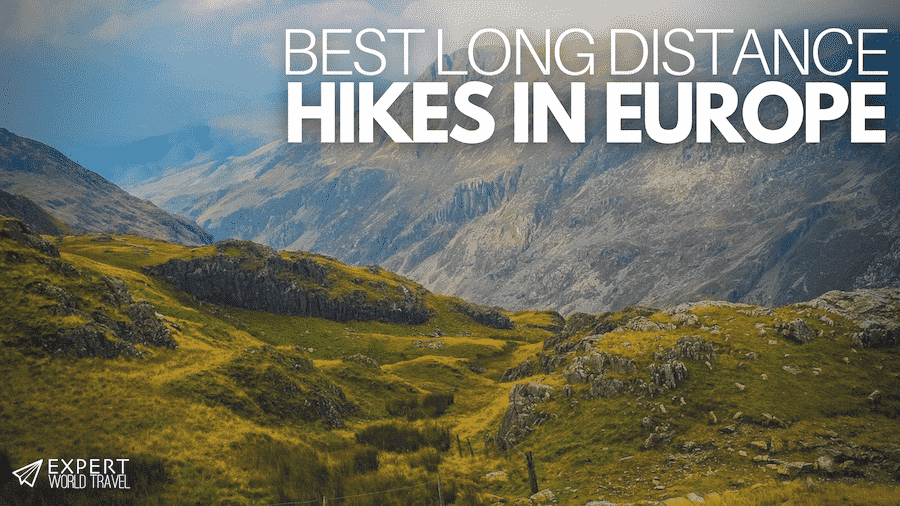 With extremely diverse landscapes, including snow-capped mountain ranges, magical woodland forests, and long stretches of golden-sanded beaches, it’s no wonder that Europe is such a hiking hotspot for outdoor enthusiasts from around the globe. What’s more, the weather isn’t as extreme as it is on other continents, so there are excellent hiking options year-round if you chose your location wisely – sounds like a great location for a long-distance hike, doesn’t it?

But as much as we love hiking for days, we all know that long-distance hikes can be hard work – a real test of both your physical and mental endurance. Despite this, they’re also extremely rewarding, and there’s nothing like being surrounded by natural beauty for days on end to forget the stresses of day-to-day life.

Long-distance hikes do, however, require some careful planning, and you want to make sure you find the route that’s right for you. After all, they’re time-consuming affairs and you might only manage to squeeze in a couple throughout your lifetime, so you better make them count!

Here, we’ve brought you a selection of the best long-distance hikes that Europe has to offer. The routes are aimed at different levels of fitness, and there’s a variety of routes ranging from mountain scrambles to coastal routes to historical trails, so there really is something for everyone – happy hiking! 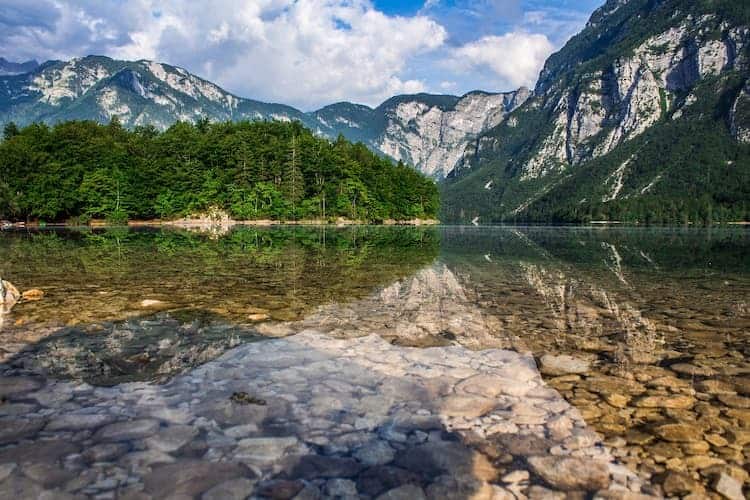 Our first pit stop on our tour of the best long-distance hikes in Europe takes us to Slovenia, where you can find the month-long Slovenian Mountain Trail.

As the name suggests, this hike will wind its way past various plateaus as you make your way from Maribor, Slovenia’s second-largest city, to the coastal town of Ankaran (although it is possible to head in the other direction too). Specifically, you’ll acquaint yourself with the spectacular mountain ranges of the Julian, the Kamnik-Savinja, and the Karavanke Alps. As well as magnificent snowcapped mountains, you’ll also head through the wooded Pohorje hills, heaps of, valleys and even vineyards, before you’re greeted with oceanic views for the grand finale.

This hike is one of the longest on our list, and you’ll need a good level of general fitness to keep going day after day. However, the route itself isn’t too challenging (and there are hand markers along the way), although you’ll ascend roughly 2 km in total over the course of the month, so trekking poles might be a good idea. There are plenty of huts along the way, which means that so you can break up the journey pretty much however you like – you’ll even pass some museums along the way if you fancy taking a break one afternoon!

Overall, this route offers incredible variety in terms of scenery, doesn’t require extensive mountaineering experience, and is a lot more affordable than similar treks in nearby countries – we definitely recommend checking this one out if you have a month to spare on the trail. 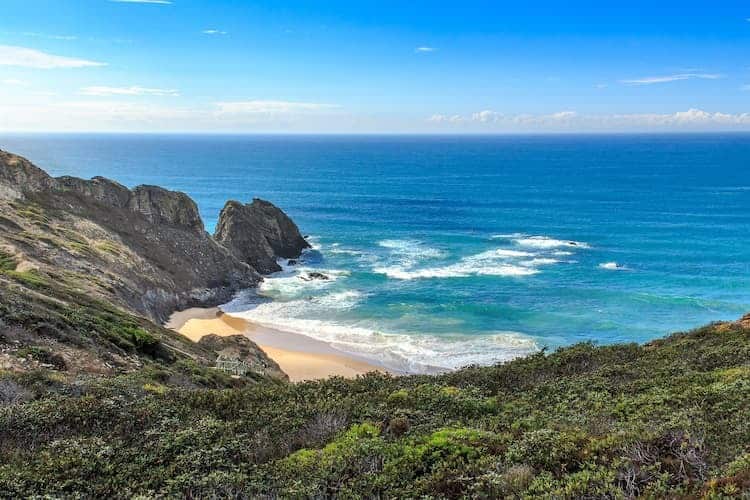 We’re super excited to introduce you to what we think is hands-down the best coastal trail in the whole of Europe, the Fishermen’s Trail Rota Vicentina. This 75 km route is located on the west coast of Portugal and begins in Porto Covo, a traditional former fishing village situated roughly 270 km south of Lisbon.

You’ll then hike south and stick to the coast, soaking up the incredible sights of Portugal’s raw, rugged landscapes. You’ll encounter beach after beach after beach… but no two will be quite alike – you’ll find yourself stumbling upon remote coves without another soul around, as well as popular surfing beaches, and you’ll even spot beaches from the cliffs that are inaccessible from the land. The cliffs themselves are also a feast for the eyes, and their colors, textures, and sheer variety will stick in your mind for years to come.

The entirety of the trail lies within the Vicentine Coast Natural Park, so it’s worth keeping your eyes open for some of the unique flora and fauna in the area.

The path itself is clearly signposted, and the trail is relatively easy-going, without too many ascents and descents (although if you go off track to spend time on the beaches you’ll add to your climbs considerably). Having said that, it can be somewhat treacherous when the wind picks up and you’re high on the cliffs, and walking on sand paths will really get your calf muscles going, so it’s not a total walk in the park either. Make sure you take plenty of water with you, as the sun and the wind can really build up a thirst.

The route usually takes four days to complete, with overnight stops at Vila Nova de Milfontes and Almograve before finishing up at Odeceixe (which is great for surfing if you fancy hanging around for a bit to unwind). 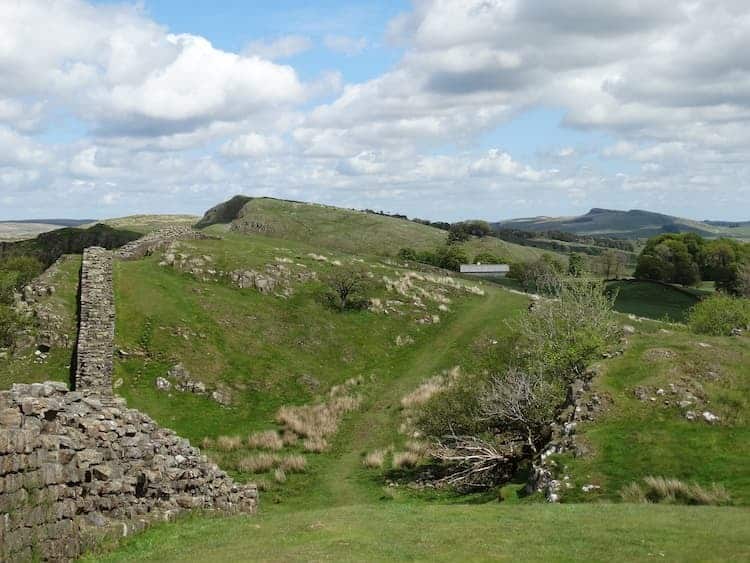 For those of you that like some historical entertainment while you’re trekking for days, the Hadrian’s Wall Path might be just what you’re looking for.

Located in the north of England, this hiking route not only takes you through some fantastic rural landscapes, with rolling hills as far as the eye can see, but you’ll be walking alongside one of the best-preserved Roman monuments England has to offer. In fact, the wall is so historically relevant that it’s been designated as a UNESCO World Heritage Site, and you’ll also encounter tonnes of castles, turrets, and forts along the way. If you’re keen to learn a little more about the historical side of things, then you can pop into one of several museums along the way, or there are hiking tours available if you really want all the details.

This hike is 135 km in length and stretches from Wallsend, Newcastle Upon Tyne, on the West Coast right over to Bowness-on-Solway, Cumbria, on the East Coast. A word of warning that it can get notoriously boggy during the winter seasons, so make sure you have appropriate footwear with you. But the good news is that there the route is dotted with places where you can stay for the night or pop in for a cheeky pint by the fireplace to warm up.

The route can be completed in as little as 6 days, but many people opt to take a little longer to soak it all in. Again, despite the long distance involved, the route is fairly easy (although there is one 37-km patch between Chollerford and Birdoswald that’s slightly more hilly than the rest) and it doesn’t require an expert level of fitness. 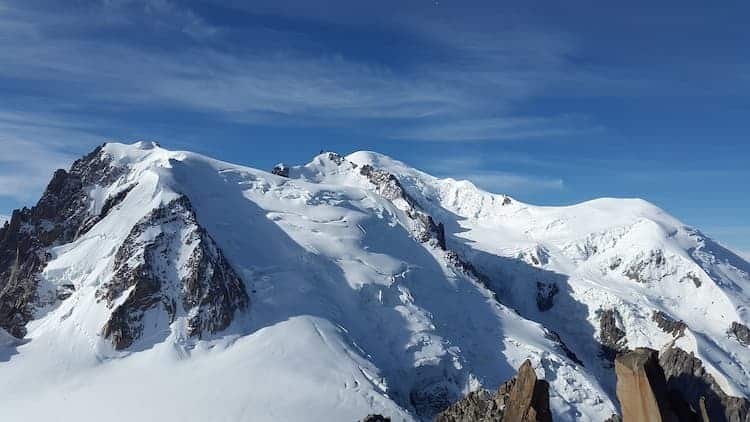 Undoubtedly one of the best-known long-distance routes in Europe, this hike takes at least a week to complete and covers 170 km… this might sound fairly laidback compared to some of the other distances and times we’ve mentioned, but don’t be fooled… along the way there is 10 km’s worth of ascents and descents for you to deal with – it makes you stored just thinking about, doesn’t it?

Winding your way through snow-capped mountain passes, soaking in panoramic views of valleys below, scrambling up gorges, and admiring glaciers… this really is one trip you’re unlikely to ever forget in terms of scenery. Plus, the Alpine flora is exceptionally pretty in the summer months and, if you’re lucky, you might even spot an ibex or two on your journey.

Bear in mind, however, that this route is, unsurprisingly, extremely popular, so it’s advisable to check out your accommodation options in advance to avoid disappointment (the mountain huts are generally opened from June-September – you might struggle to find places to stay at other times of the year). 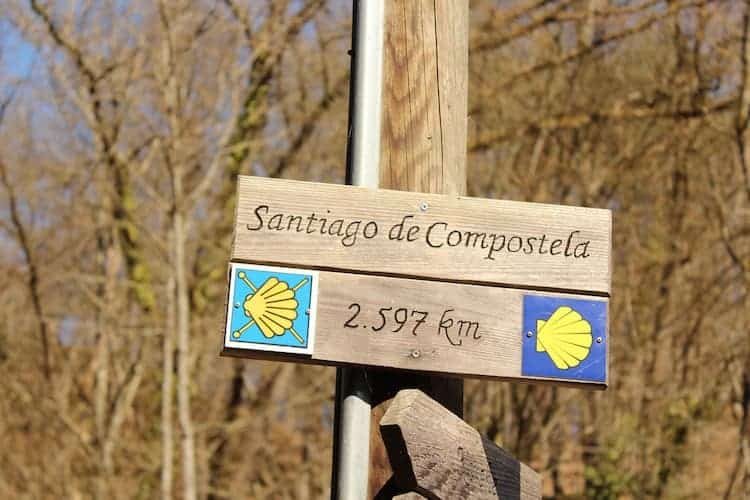 The Camino de Santiago is a somewhat special route that has been traditionally viewed as a pilgrimage rather than a hike, although nowadays you’re just as likely to encounter outdoor enthusiasts along the trail as you are those seeking spiritual enlightenment.

The route has numerous variants and points of origin and, although it predominantly takes place across the North of Spain, the most common starting point is actually in Southern France. Depending on what route you go for, the trail can cover up to 825 km, but all routes accumulate at the city of Santiago de Compostela. Traditionally, the arrival of pilgrims at the city was acknowledged during midday mass, and the length of time spent in purgatory would be reduced for individuals who had managed the impressive journey.

The route beginning in France and crossing Northern Spain is actually considered a UNESCO World Heritage Site and, with so many kilometers to cover, you’ll bear witness to a huge array of scenery on your journey.