The Netherlands now has 21 National Parks for you to experience the amazing diversity of the country across its provinces. These parks, lovingly maintained by landowners, stakeholders, and site managers ensure the areas remain pristine and preserved. Use them for a variety of recreation and to enjoy the beauty of the Netherlands up close. 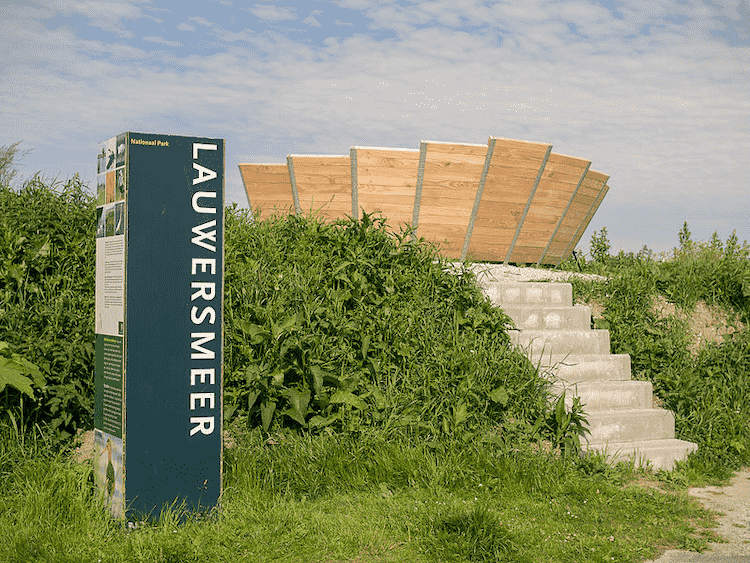 Stargazers, birdwatchers, hikers, and cyclists flock to this National Park in the provinces of Friesland and Groningen. It’s centered around the Lawersmeer, a manmade lake formed by the construction of a dike between the Lauwerszee Bay and the Wadden Sea.

Hikers and cyclists frequent the park to experience the reedbeds and meadows full of orchids, the best birdlife in the Netherlands, and Dark Sky Park for exceptional stargazing.

This National Park stretches across all of the Wadden Island of Schiermonnikoog. It’s accessible by ferry and takes around 45 minutes to get there from the mainland and Wagenborg.

You’ll get a refreshing breeze from the North Sea as you walk the trails leading into the forest to beaches and dunes. In summer, grassland birds like redshank, oystercatchers, and lapwings are abundant, and thousands of geese come to hibernate on Schiermonnikoog in winter.

The Drents-Friese Wold National Park covers over 6,000 hectares (14,826 acres) and features forest, shifting sands, and an extensive wet heather reserve. The massive spread of sand at Aekingerzand is bordered by pines, and docile highland cattle graze the endless heathland at Doldersummerveld.

Both areas have observation towers. Smooth asphalt paths winding through a big tract of the park are perfect for cycling, and some areas have flat walking paths.

Situated in Friesland’s fenland region, this 4,000-hectare park (9,884 acres) features grassland, lakes, and peat bog. The park offers plenty of outdoor adventures including hiking and cycling among a bounty of wildlife. The wetlands teem with wading birds in spring, and summer is stork season. The park has an extraordinary selection of accommodations from campsites to houseboats.

The heathland, shifting sands, marshes, and forest land of the Dwingelderveld remain mostly untouched by human intervention. It has the largest wetlands moor in Europe, the Netherland’s largest juniper thicket, and features rare species of plants and birds. The park offers various excursions such as covered wagon rides, bird walks, and horseback excursions.

This national park is home to the Drentsche Aa, the only river of length in the Netherlands without canals or dikes. At the park, the river passes through a valley of heathland, hayfields, sand dunes, and forest.

Unlike some of the Netherlands ‘ National Parks, the land is mostly cultivated with small villages divided by hedges. Visitors shouldn’t miss the De Strubben-Kniphorstbos archaeological reserve with around 60 burial mounds and two prehistoric tombs. 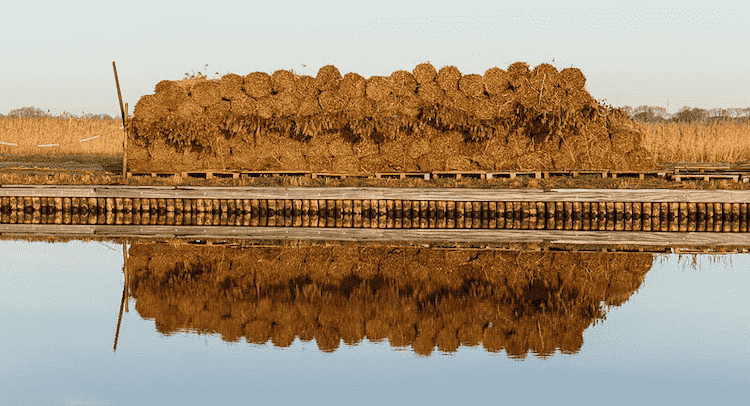 The Weerribben-Wieden in the province of Overijssel features Northwest Europe’s largest fen. The pools, canals, and long strip of land are the product of peat-cutting in the region from the 1300s to the mid-20th century.

Visitors can hire a rowboat or motorboat from Giethoorn and float past old peat worker’s cottages in the quaint village of Dwarsgracht surrounded by meadows of colorful wildflowers. Cruises depart from the visitors center from April to October lead by a naturalist tour guide.

This National Park is in a region of hills formed about 180,000 years ago from sheets of ice rolling south from Scandinavia. The hills are all around 75 meters (246 ft) high and easy to hike with rewarding views of a stunning sea of flowering heather.

Cows and sheep are allowed to graze on the heaths to keep the landscape clear of tall grasses and trees. The park is very accommodating to hikers and cyclists.

Located in the southeastern region of a wooded ridge of hills known as the Veluwe, Veluwezoom is the Netherlands’ first National Park and dates back to 1931.

It’s one of the hillier parks with peaks up to 110 meters (360 ft) formed from glacial tills and shaped during the Saalian Glaciation around 150,000 years ago. The hills afford stunning views of fields of purple heather. Hikers can visit two large country estates on the walking route. 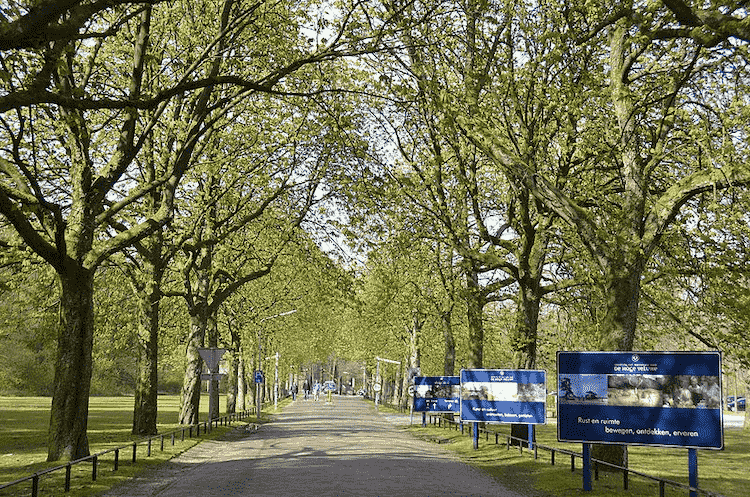 Experience the nature and culture of this part of the Netherlands at De Hoge Veluwe National Park, a 5,400-hectare (13,343 acres) region of dunes, heathland, and forests. Bike stations are posted throughout the park and at the Otterlo, Hoenderloo, and Schaarsbergen entrances.

Visitors get free use of bikes to ride along over 40 km of trails. Other perks include a museum with the world’s largest collection of Van Goghs and organized safaris.

The region around the Utrechtse Heuvelrug is a ridge of gentle sandhills covered by the Netherlands’ second largest forest with parcels of oak and beech dating back to ancient post-glacial forests.

The ridge of hills is the result of the Saalian Glaciation from 150,000 years ago. West of the hills, the landscape descends into heaths, meadows, and shifts of sand intertwined with lakes. Hikers, cyclers, and horseback riders enjoy a variety of wildlife, old tobacco barns, and a historic manor house.

This park is on the wonderfully diverse west coast of the Wadden island of Texel. It’s comprised of beach, dunes, heath, and forests and the unique “De Slufter”, a submerged dune valley inhabited by a huge variety of birds that connects to the North Sea.

Visitors can learn more about the protected environment and its wildlife at the park’s visitor center. The park also features color-coded walking routes. 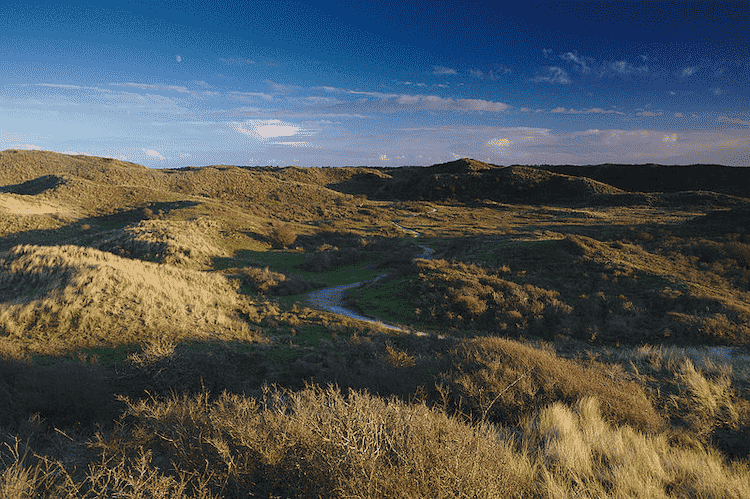 Amsterdamers frequent this park for a windy, sandy getaway on North Holland’s coast. The beachfront dunescape was settled in the 17th century by wealthy Amsterdam residents. Three hunting estates on the park’s acreage are managed by the State Forestry.

Visitors can stop at the Koevlak entrance to see a plant exhibition and get advice on hiking and biking in the dunes. Bikes are available for rent.

The ever-changing tidal zone at the Oosterschelde makes this the wettest park in the Netherlands. It’s also the largest. Park visitors wear wellington boots to wade through the wide patches of landscape that become submerged at high tide.

Visitors are allowed to pick their own oysters, mussels, and periwinkles at designated spots. The shellfish attracts birdlife, seals, and porpoises. The sunny beaches are inviting on summer days when a dip in the water is comfortable.

One of the Netherlands’ largest National Parks, De Biesbosch is one of Northwest Europe’s last existing tidal wetlands. It’s located right outside the city of Dordrecht at the estuary of the Meuse and Rhine rivers.

This Dutch-Belgian park consists of two areas of wilderness united together. It expands over 32 square km of mostly heathland but includes meadows, fens, dunes, and forests.

Birdwatching is the most popular activity at the cross-border park. It’s known as “birdwatching heaven” and features every species of Netherlands woodpeckers as well as hawks, falcons, tree pipits, and more. Stop at the De Vroente visitor center for information on walking and cycling paths. 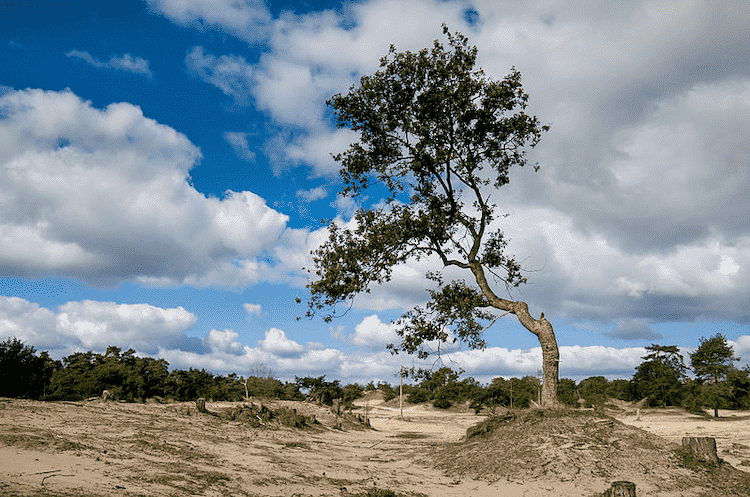 The 30 square kilometers of drift sand at this North Brabant National Park earns it the name the “Brabant Sahara.” The large sweeps of sand are outlined by a coniferous forest that is home to roe deer and birds of prey. The park has designated trails for hiking, cycling, and horseback riding.

The De Groote Peel National Park is an extensive tract of watery moorland located in North Brabant and Limburg. The raised bog is mostly uncultivated sheltering more than 200 bird species and even more during migrations. Long ago human activity caused by peat cutting is evident in the lakes and ponds. Walkers cross the swampy landscape over raised footbridges to a viewing tower.

This National Park is a long stretch of river dunes on the Meuse near the German border in Limburg. The shifting sand dunes are interspersed with forests, heathland, and fens. Galloway cattle, sheep, and goats graze on the heath to prevent the growth of trees. The park has three visitor centers and camping. There are lots of nearby activities such as boat trips on the Meuse and the Castle Arcen. 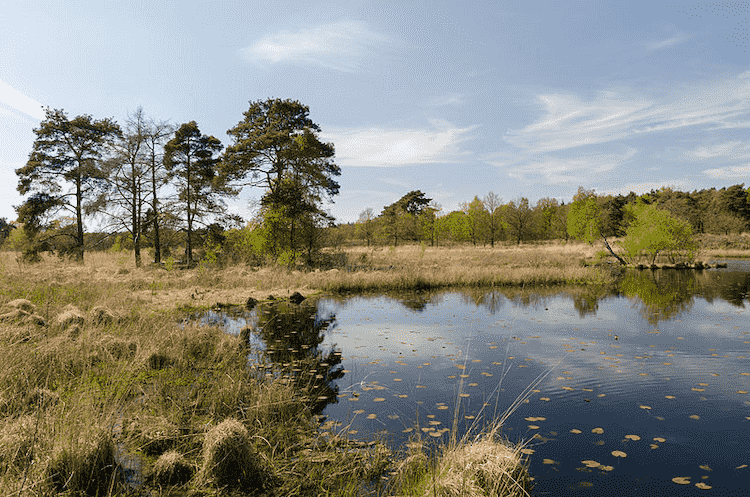 This hilly National Part is situated in the larger Maas-Schwalm-Nette Nature Park which straddles the German border. The rare terraced landscape is comprised of three plateaus with the highest rising 80 meters (263 ft) above sea level.

Three hiking trails meander along streams and ponds, over heaths, and through woodland and are marked with color-coded signposts. The visitors center is open year-round.

Created entirely by a man on what used to be the bottom of the South Sea, this National Park is the Netherlands’ newest addition and the result of the world’s largest land reclamation project. It’s between the cities of Almere and Lelystad.

The nature reserve is water-rich and serves as a paradise for birds, heck cattle, and Konik horses. The foot and bike paths are clearly marked with signs and maps.