8 Things Switzerland Is Most Famous For

Switzerland is a bit of a mystery to most people in Europe and maybe even around the world. But one thing is for sure, the Swiss, and Switzerland is famous for quite a few things.

In this post, I want to take a look at the obvious ones, which maybe most of you know, and some of the less obvious ones which are worth a look! 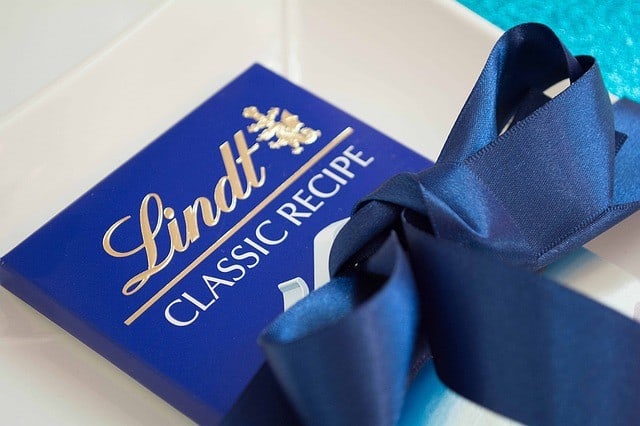 Whether you eat Lindt chocolate in your country, or just know Switzerland’s fame for chocolate production, there is no going past it. Switzerland is one of the most famous producers of chocolate in the world.

Although to be fair, within Europe there is one other – Belgium, although you will never hear a Swiss admit that there is an alternative to Swiss chocolate.

From supermarket level with Frey, Lindt, Callier and even local brands, to famous chocolatiers like Läderach and Stettler,  Switzerland has it all. In fact, if you want to indulge your chocolate passion, you can even sign up for a local swiss chocolate making course! Why not become your own chocolate factory. 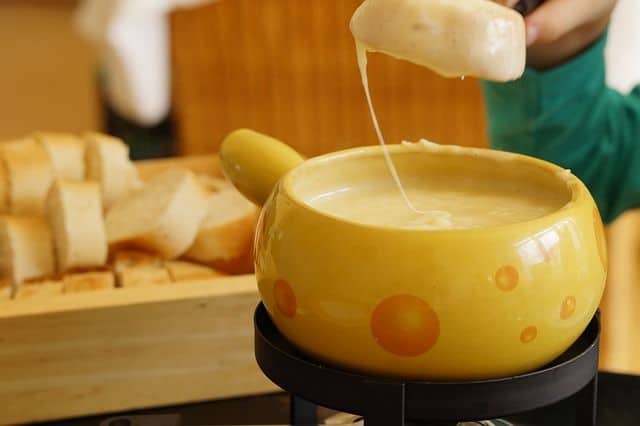 What else can you make with milk besides amazing chocolate? Cheese!

Most of you will have seen or had a type of “swiss” cheese at home, but you are certainly not prepared for hthe variety and quality of cheeses you can get in Switzerland.

If you love cheese, aside from maybe France, this is one of the best places to eat!

And on top of the cheese, which you can generally just grab in the supermarket, the swiss have also put it to good use with Raclette (squares of cheese you melt and eat with potatoes) and Fondue (a pot of melted, alcohol-filled cheese, you eat with bread). 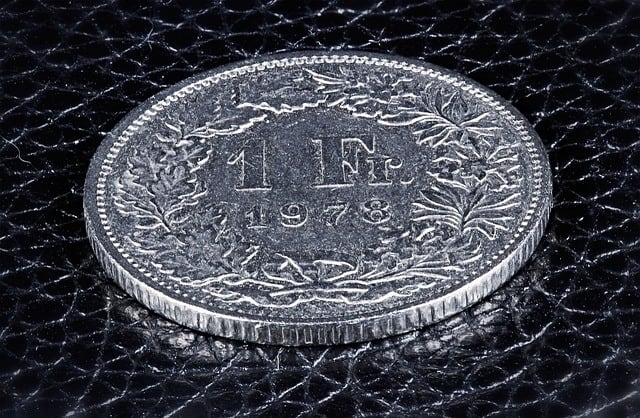 The One Franc Coin – Swiss Currency

Swiss banking secrecy has been something we have all know about from spy films since we were kids. And it has become even more famous in the last few years because of complaints about tax evasion from the EU and the USA!

If you happen to walk down the Bahnhofstrasse in Zurich and look at some of the name plates on the doors, you will see just how many lucrative, small and semi-secret banks there are. And to top that off, it is rumored that there are vaults filled with Nazi gold under the street!

The banking industry is not what it used to be though. The laws protecting secrecy, and tax evasion have changed a lot lately, meaning lots of people have pulled their money out of Switzerland. And the big banks here are far below their lofty heights of pre-2009. 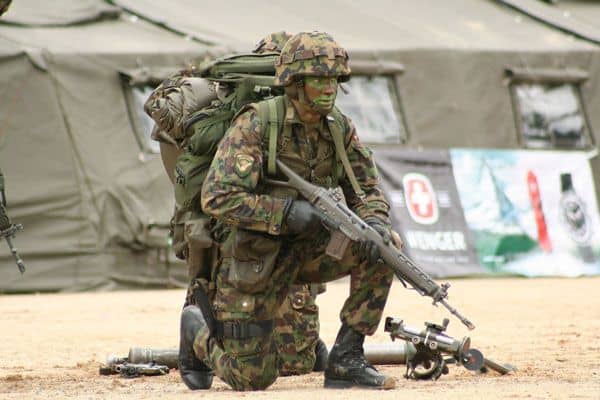 Switzerland has been neutral (and not involved in any wars) since 1815! Now that is amazing for a country right in the center of two world wars.

But neutrality is not a guarantee of staying out of wars either. Did you know that Norway was also neutral in WW2 and still got invaded? But the alps, a massive standing army, and very cunning fortifications (which I still find in the forests and on the sides of bridges today) which were put in place to stop such things in 1880 (called National Redoubt), have allowed Switzerland to remain neutral. And with such a small population too (8.5 million)!

It might also surprise you to learn that Switzerland is not involved in any UN peace-keeping missions and was not even a part of the UN until 2002. 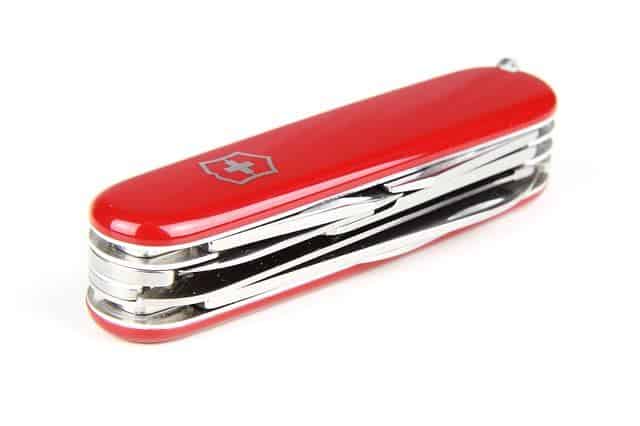 What about the hugely famous Swiss Army Knife? You might even have one. I have at least three. 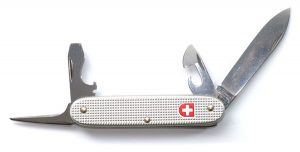 Most people know this handy survival knife from the picture above, but the army do not use that version. They don’t need all those fancy tools and prefer a simple and light weight version (check out the image on the right). This is what theirs looked like until more recently when they totally redesigned it with the one-handed system. 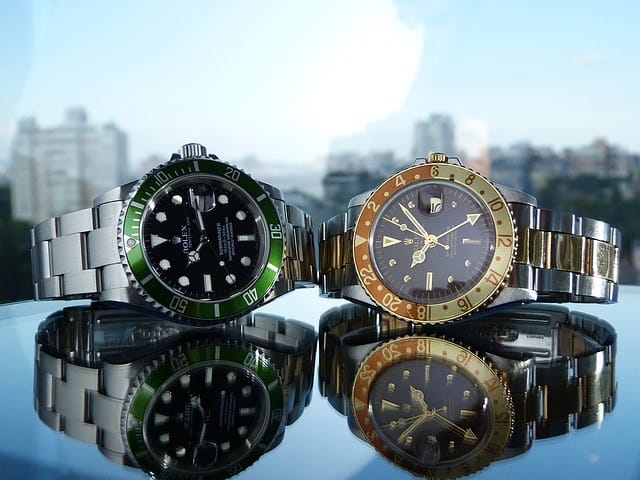 Rolex Watches Are The Top Brand In Swizterland

With the Apple watch becoming trendy and the Fitbit on everyone’s wrists Swiss watches are not as popular as they once were. But Swiss watches are still leaving this country by the bucket load. Every tourist wants to take home some chocolate, and if they can afford it, a watch too. Wouldn’t you love to own a Rolex?

There are so many watch brands in Switzerland. Most you will know, some you will be surprised are swiss. Most of the famous brands are swiss, and many are owned by Swatch.

Here are a few of them:

And a final surprising fact, most of the watches in Switzerland are made in a very small area, in the French-speaking part of the country, often in very small towns. 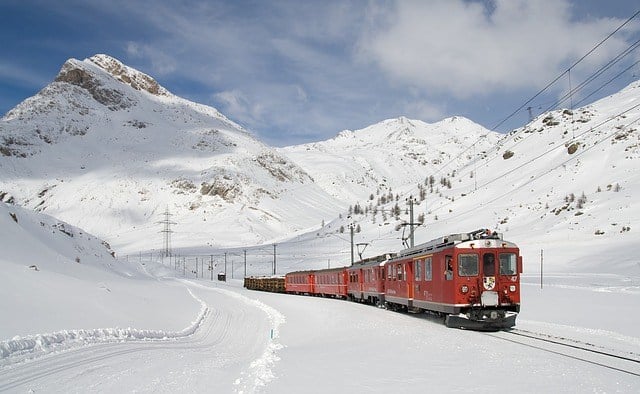 For over a decade I have lived here without a car. For most of you reading this that might seem insane? But the public transport system and the trains in particular are amazing in Switzerland. On time, going almost everywhere, with connections that are within minutes. And most of the time, you can just sit and stare at the stunning scenery.

And most of the time, you can just sit and stare at the stunning scenery. Why bother to own a car?

Getting the trains to travel from one end, and height, of the country to another is no easy task. Let me tell you. But the swiss have managed to produce and maintain this marvel for over a century. You can even take a train nearly 45 degrees straight up mountains. What more can you ask for!

If you are here on a vacation, seriously think about taking the Glacier Express from St Moritz (or even Chur) to Zermatt. Especially in Winter. The scenery is amazing! 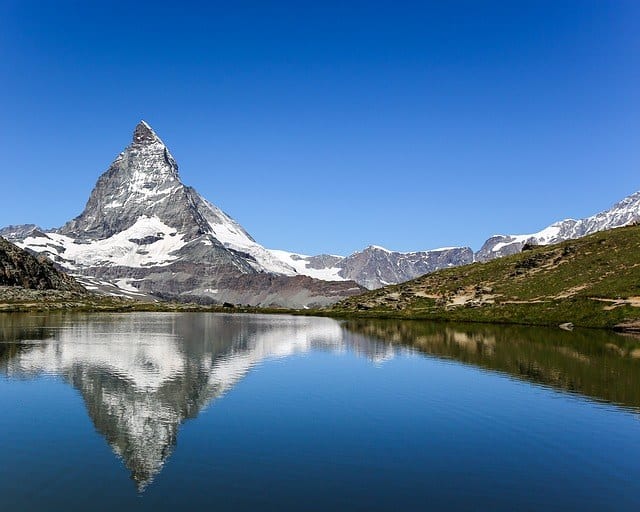 Of course, once you get over the food, the watches and the transport, what else do you think of – mountains!

Being smack bang in the center of the Alps, Switzerland is approximately 60% mountains. So, if you love great scenery, the outdoors or outdoor sports, this is the place to come.

There are some amazing mountains in Switzerland including the Matterhorn, Jungfrau and the Eiger, both you may have heard of. But there are so many more.

So whether you come to ski, to hike, or just take a gondola up to see the view. Switzerland has it all. 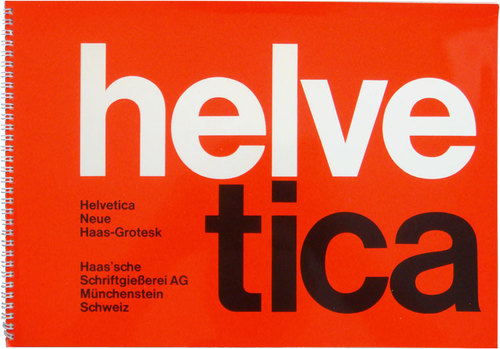 One of the most famous, used and perhaps standard fonts in the world is Helvetica. It’s one of the standard web fonts, so it’s on a whole lot of websites even as you browse around right now.

It was originally developed way back in 1957 by Max Miedinger, who is a renowned Swiss typeface designer. 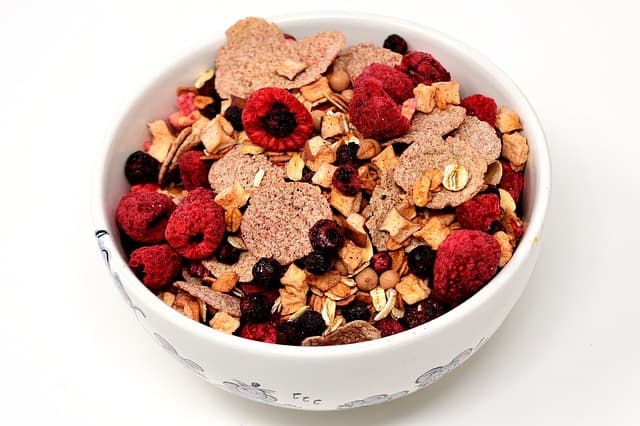 If you have ever had Muesli for breakfast, then you are partaking in a very old Swiss tradition. They have been eating it for decades and even have an old favorite called Bircher Muesli which is a soaked muesli (oats and the like) with yogurt and fruit.

If you are in Switzerland, you will find it everywhere at brunch, in a hotel, or even in takeaways. If you aren’t just do a quick search on good old Google and you will come up with dozens of healthy recipes.

These might seem like things, but they cover many different aspects of Swiss life, culture and products. In fact, the reliability of Swiss products like watches, clocks and knives is so famous, they even have a standard for it.

It also affects the punctuality of the Swiss trains, which is often insanely astounding. To the minute.

And it also shapes the way many businesses run and thrive in the country.

Ask anyone you know where is the best place in the world to buy something super reliable, and Switzerland will be one of the top answers! 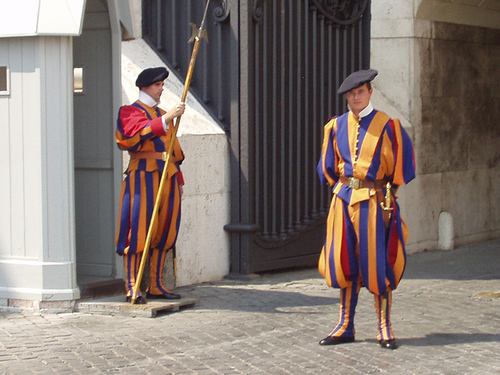 If you have ever been to Rome and the Vatican you have seen the guards wearing those ridiculous costumes. That is the Swiss Guard. And yes, they are Swiss.

As you may know, Switzerland maintains a large military force of all able-bodied men until they are around 35 (depending on weeks served). So, taking the Swiss Guard from these super-qualified guys makes sense.

They actually Catholic, single males who have at least completed basic training and have a certificate of good conduct. There are plans to allow females at some point, but for the moment, it’s all male.

Switzerland has implemented more or less the original Greek Democracy which is now actually known as Direct Democracy. California also has this to some extent, but the Swiss have implemented it nation-wide.

Swiss citizens actually vote four times a year on various issues that are usually suggested by the people themselves. By collecting enough signatures, 100,000 to be exact, the parliament can consider and then put to the vote changes that the people suggest.

Try that in most countries and it just ain’t gonna work!

You seem them everywhere around the world helping out in difficult, often war torn countries. But did you know that the Red Cross was founded by five men, including the famous Henri Dunant, in Geneva Switzerland in 1863?

And of course, today the headquarters and a museum are in Geneva, ready for you to visit!