Switzerland has some of the highest mountain peaks in the world, an abundance of snow, and is dotted with lakes and rivers. It will come as no surprise then that this geographic wonder is home to some of the most beautiful waterfalls you’ll ever see.

Tucked in the mountains, at the foot of the valley, or as a backdrop to wide green meadows, you’ll have your pick of the kind of scenery your friends will be jealous of.

Here is a round up of some of the most waterfalls in Switzerland. 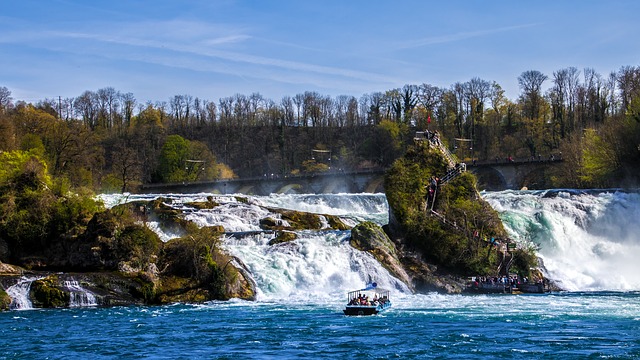 Rhine Falls has been declared the largest waterfalls in Europe. It may be minuscule compared to the Niagara Falls in North America, but it’s majestic, powerful and definitely breathtaking. It is 23 meters high with water rushing down a riverbed 150 meters long. It is located near the village of Neuhausen in Northern Switzerland and is probably the most visited waterfalls in the country. This means mass tourism, but there is more than enough room for everyone. The water volume peaks in May and June with the snow melt, which makes these months the best time to visit. There are several boat tours that go around the falls and they are illuminated after dusk for a completely mesmerizing experience. 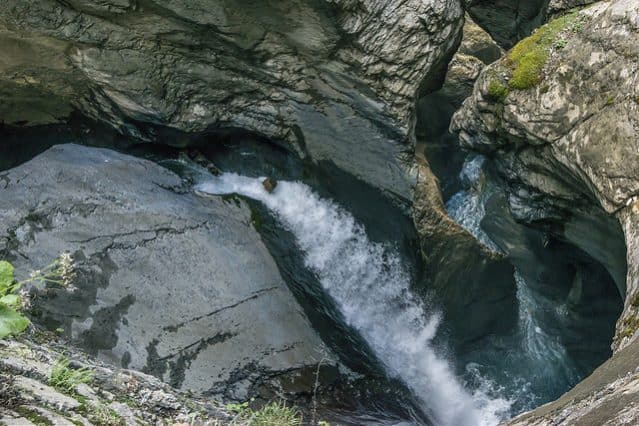 Trummelbach Falls is located in the Lauterbrunnen Valley near Interlaken, and is famously known as the valley of 72 waterfalls. Trummelbach Falls is Europe’s largest subterranean falls, gurgling, churning, and foaming between rock formations. The falls carry meltwater from the glaciers around the Jungfrau region. It rushes down at an amazing rate with up to 20,000 liters of water per second, creating a thundering sound that echoes throughout the gorge. Trummelbach Falls is also the glacier waterfalls accessible underground by lift, galleries, tunnels, paths, and platforms. 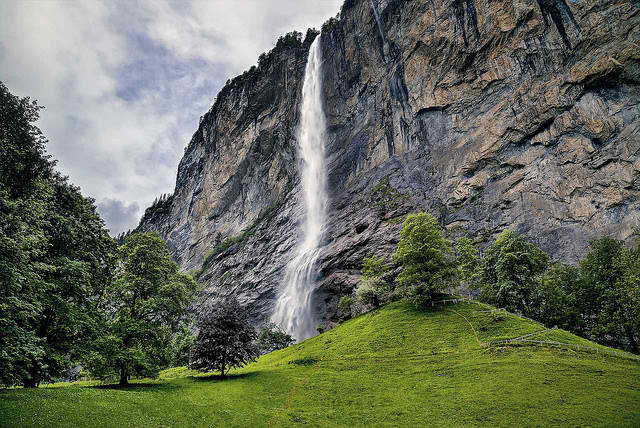 Another out of the 72 waterfalls in Lauterbrunnen, Staubbach Falls is one of the highest in Europe at 300 meters. It’s best seen during the summer where the warm wind swirls the water around, spraying mist everywhere. It is very close to the Trummelbach Falls, so you can easily pay a visit to both in one trip. It has become a popular landmark mainly because of its location – smack in the middle of the valley. You will be able to spot the falls from the Lauterbrunnen Station, flanked by a postcard-worthy landscape of the steep, glaciated U-shaped Lauterbrunnen Valley and the Alpine peaks of Eiger, Mönch, and Jungfrau. 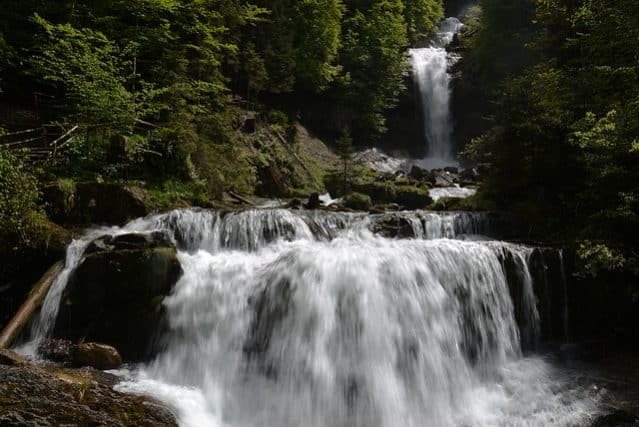 High in the valleys of the Faulhorn Area, the Giessbach brook flows and tumbles through 14 stages all the way down to Lake Brienz. At the foot of this natural wonder is the legendary Giessbach Hotel, with premier views of the famous Giessbach Falls. These falls have been a favorite since the 19th century when the first footpath was built. The same path still holds up today, leading to and under the waterfall. The 14 steps of the Giessbach Falls have been named after local Bernese heroes. 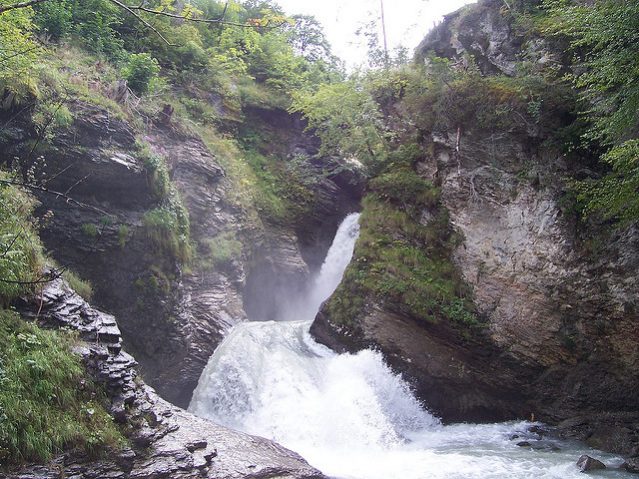 The Reichenbach Falls falls in seven steps and is found in the Bernese Oberland not far from Interlaken (again!). The entire falls are measured at 250 meters with the first stage of 110 meters being the biggest. It is most commonly accessed via the town of Meiringen, which is just 1.5 kilometers away. A hydroelectric company also harnesses the power of the falls, which is typical of Switzerland which has a huge amount of green water-based energy. While it is naturally beautiful, it gained further popularity through the Sherlock Holmes novels. It is the setting for the gripping scene where Holmes fights to the death with Professor Moriarty in “The Final Problem” published in 1893. A memorial plate at the funicular and a plaque at the ledge of the falls commemorate this iconic role of the falls in pop culture. 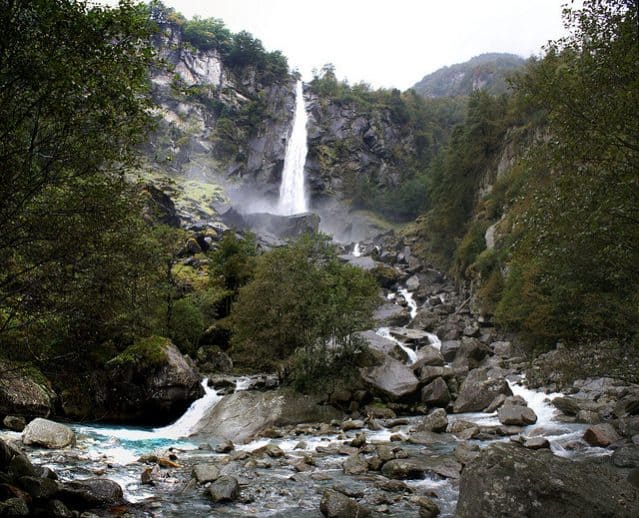 The Bavona Valley is known to produce a massive amount of energy without any electric flow. Most of this energy is harnessed through natural means, and one such source is Foroglio Falls. A trail starting from the town of Foroglio leads visitors towards the falls. The falls drop from a height of 110 meters. The natural scenery of the falls is best taken in with a tour around the Bavona Valley and the little village and church nearby. It is also an area that is steeped in history and culture unique to this region.

The Most Beautiful Waterfalls in Switzerland

There are, for sure, many more waterfall destinations you can find in Switzerland. Some of the popular falls also include the Seven Springs and Simmen Falls, Lenk Iffigenalp, and the almost untouched Diesbachfall. It’s only a matter of where in Switzerland you’ll be and how mesmerized you want to feel. These natural stunners will surely create a lasting memory to mark your trip to this beautiful country.