A Guide to the Swiss National Park

The Swiss National Park is Switzerland’s only national park and the oldest in central Europe. It was founded in 1914 and covers 172.3 square kilometers of protected wildlife and foliage across 80 kilometers of trails. Park rules can be very strict, but this has allowed the park to preserve its beauty and endemic species to thrive for years.

How To Get To The Swiss National Park

The Swiss National Park is located in the Romansh-speaking region in the Canton of  Graubünden. It is officially called “Parc Naziunal Svizzera” and sits at an altitude of 1,400 to 3,173 meters above sea level.

Several routes can be taken to get to the park. There are charter carriages offered via Rhaetian Railway coming from Landquart to Zernez, which is where the visitor center is located. The park is also very accessible via public transport, taking the Rätische Bahn (RhB), which is the railway of the Romansh area, from Zurich, then a postal bus into the park. The park is accessible via rail and bus from any other part of Switzerland.

Public transport is highly advised to help minimize the traffic and disruption within the area.

Private cars are allowed in the park and can be an easy drive under perfect weather conditions. However, just like anywhere else, traffic jams and difficult road conditions in winter are sure to cause more delays. This is especially true during peak seasons when you use the Vereina train/car tunnel (an easy way from North to South via Klosters), as capacity is quite limited. There are nine parking lots throughout the area, but all vehicles take the only road that runs through the park called Pass dal Fuorn.

Access to the park is free, but there are small fees at the visitor center if you wish to view the exhibition and 17 minutes of film about the park.

There really is no best time to visit the Swiss National Park. While the park is open throughout the year, it is best to check whether the trails are open as they may sometimes be closed for maintenance. Nevertheless, the diversity of its flora and fauna guarantee sightings and encounters on any day. Picking a season has a lot more to do with who you’re going with and what you’re planning to do.

Spring starting in March makes an easier hike, but there are chances that the trails can still be muddy. While the park will be open, spring is considered low season in Switzerland, which means extra planning will be involved to make sure that hotels and train schedules are open. However, this offers picturesque views both snow-capped mountains and green valleys. Summer season, starting in June is the most popular season where trails will be mostly cleared of snow. The weather becomes pretty mild around October, but days will start getting chilly especially towards November (which is also considered low season). 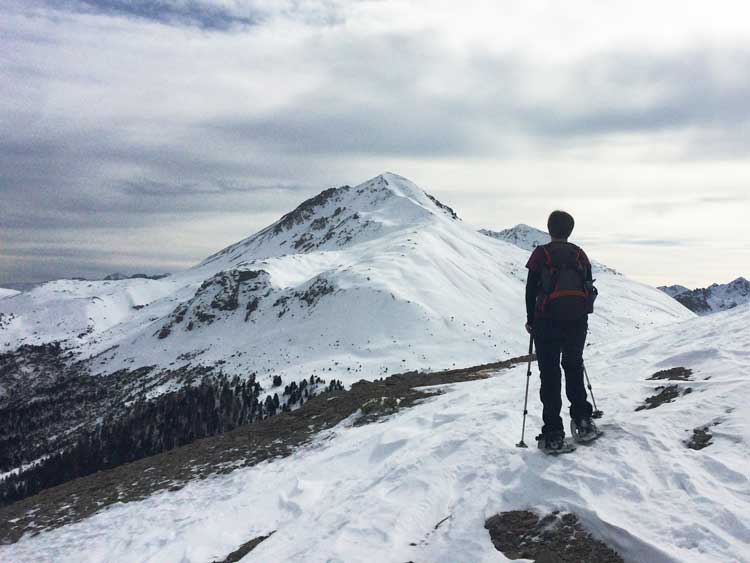 Things To Do In The National Park

The two things allowed in the park are hiking and watching. Picnics and camping are not allowed, and guests cannot stay overnight in the park grounds. It would be good for guests to familiarize themselves with the park rules before stepping foot in the park to fully enjoy their visit.

There are 21 walking routes categorized into three, depending on the required equipment and skills:

There are also guided walks for visitors, which are usually delivered in German, but it is also possible to book private guides in different languages.

The visitor center called the National Park Centre is also its own attraction where exhibitions are set up.

There are only two places where guests can spend the night inside the Swiss National Park located along Pass dal Fuorn.

The Chamanna Cluozza or “mountain hut” is sought-after for its location in the heart of the park. It can accommodate 63 guests in multi-bed rooms and mattresses with Nordic duvets. Sleeping bags can also be bought or rented in the cottage. Accommodations are given in half-board bookings, which include lunch packages, snacks, and drinks. Toilets and laundry rooms are available outside the cottages, but there are no showers. It takes a three-hour hike from Zernez station to get to the hut.

Another option is Hotel Parc Naziunal Il Fuorn, a more complete and comfortable accommodation within the Swiss National Park. The rooms offer en-suite bathrooms, as well as great views with Graubünden Swiss stone pine and larch wood from the region. They also have a restaurant, Arvenstübli, serves traditional cuisine and game specialties. 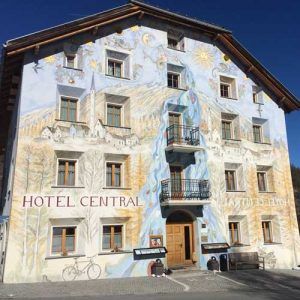 If you run out of room inside the park, there are several hotels nearby that you can also choose from.
I recommend checking out the Hotel Central in Valchava. It is right in the heart of the Val Mustair section of the national park, modern, with awesome service. I have not seen many places with a 9.5 on Booking.com!

Switzerland never seems to run out of nature for people to enjoy, but the Swiss National Park gives visitors something no slope can offer – an up close and personal encounter with the country’s local wildlife. If skiing and the slopes are not your thing, head to the park where anyone from children to adults will surely have a memorable trip.