Barcelona Facts – From Interesting to Mind-blowing

Fresh Mediterranean breezes, intriguing ancient architecture, and an alluring culture make Barcelona the most visited city in Spain and a favorite destination for world travelers. In fact, the number of visitors far outnumber the 1.6 million inhabitants that live in the city. Here are 15 facts that will get you packing for Barcelona.

Long ago, Barcelona was a part of Rome.

Before it was a part of Spain or Catalonia, Barcelona belonged to Rome. Dating back to the 1st Century BC, the territory was a Roman colony called Barcino. You can actually visit the old colony underneath the Gothic Quarter in the Barcelona City History Museum. Discovered in 1930, the underground city has old city walls, ruined frescoes, and huge basins for wine storage.

Medieval architecture can be seen in the center of Old Barcelona.

Located in the center of Old Barcelona, the Barri Gotic has a few buildings that date back to the Roman era. The fascinating Medieval architecture is an attraction that lures millions of tourists a week to Barcelona. Also known as the Gothic Quarter, it’s easy to explore on foot and features shops, alfresco cafes, bars, and clubs.

Barcelona’s architecture is influenced by one of the greatest architects of all time. 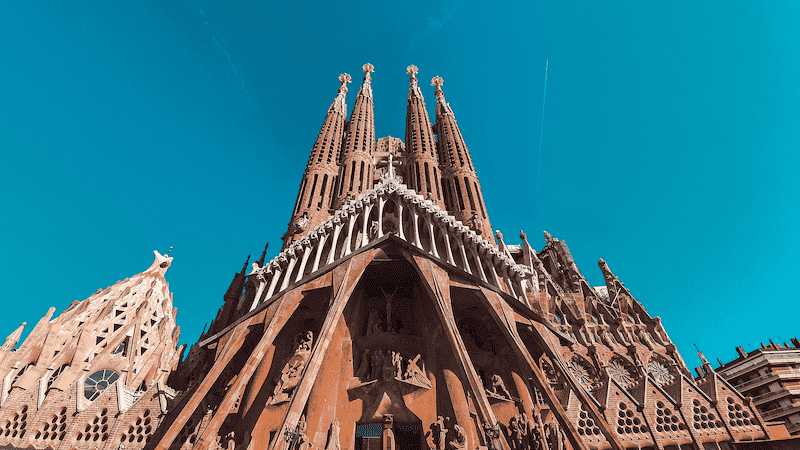 The great architect Antoni Gaudi’s work can be recognized in many of Barcelona’s buildings. He began work on the Roman Catholic Church La Sagrada Familia in 1882, and many years after his death, it’s still under construction. You’ll also see his original designs in the tiles all along Passeig de Gràcia, one of the city’s major avenues.

Barcelona’s founding origins have been disputed.

Two Spanish legends are still debated today about the establishment of Barcelona. One claims that Hercules founded the settlement 400 years before Rome was built. The other says Barcelona was founded by Carthaginian Hamilcar Barca, father of Hannibal in the 3rd century BC. Supposedly, he named the city Barcino in honor of the Barca family of Carthage.

Barcelona is a bilingual city.

Barcelona has two official languages. That’s because the city is the capital of Catalonia even though it’s in Spain. Spain is comprised of 17 separate autonomous regions, and Catalonia is one of them. Catalan is not a dialect but a distinct language spoken in Catalonia. The signs you see posted in public places, on menus, etc., are displayed in Spanish and Catalan.

The most walked street in Spain is in Barcelona.

The pedestrian street Portal de l’Àngel is in the Ciutat Vella district adjacent to Plaça Catalunya. Part of a large shopping area, the street stays crowded with throngs of locals and tourists every day. In fact, about 3,500 shoppers and gawkers pass through the street every hour. It’s a great way to soak up the local culture. 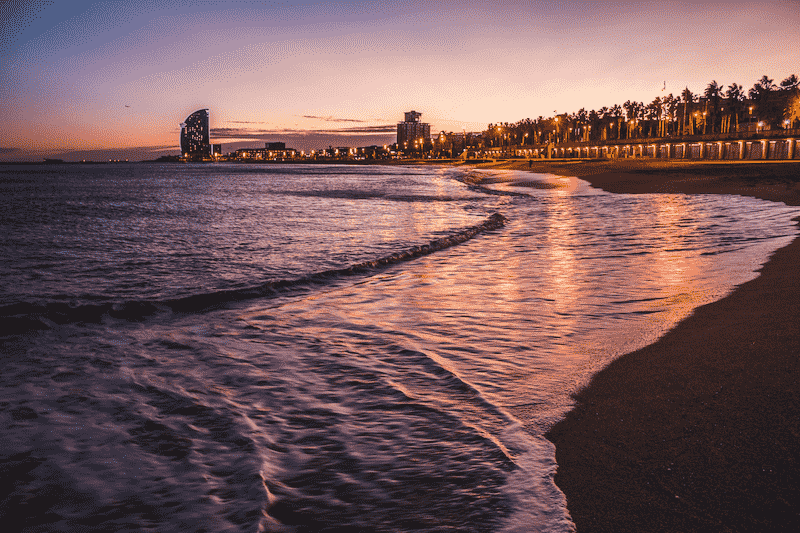 Sounds odd, but there’s a good explanation. Barcelona’s seaside was overrun by industries in the late 20th century. So much so, no beach existed for the city to use. That changed in 1992 after Barcelona was chosen to host the Olympic Games. To make the city more tourist-friendly, authorities moved the factories and converted 4.5 km of coastline into a leisure area with beaches, bars, and restaurants.

La Ramblas is actually five streets, not one.

Barcelona’s famous La Ramblas consists of five streets to make one long promenade that starts at Placa Catalunya and ends at the waterfront. Therefore, it’s known in the plural. Thousands stroll the streets day and night to eat, shop, and watch the performing street artists.

Barcelona is one of the world’s most bike-friendly cities.

The Catalan capital ranked 11th in the 2015 Copenhagenize Index as one of the most cyclable cities in the world. There are 180 km of bicycle lanes and the city is a part of Bicing, one of the world’s most successful bike-sharing programs.

Barcelona is the first city to win a RIBA Royal Gold Medal.

The distinguished RIBA Royal Gold Medal is awarded on behalf of the British monarch by the Royal Institute of British Architects. It recognizes a group or individual’s contribution to the world of international architecture. Awarded annually since 1848, the honor was given to Barcelona in 1999 making it the first city to receive the honor.

Picasso grew up in Barcelona.

The famous Spanish artist Pablo Picasso spent his early formative years in Barcelona. He studied at the city’s School of Fine Arts and went on to introduce Cubism to the world. The Picasso Museum in Barcelona’s Born neighborhood is a must-see when visiting the city. The museum has more than 4,000 pieces of his work on display.

Flamenco is not widely known in Barcelona. 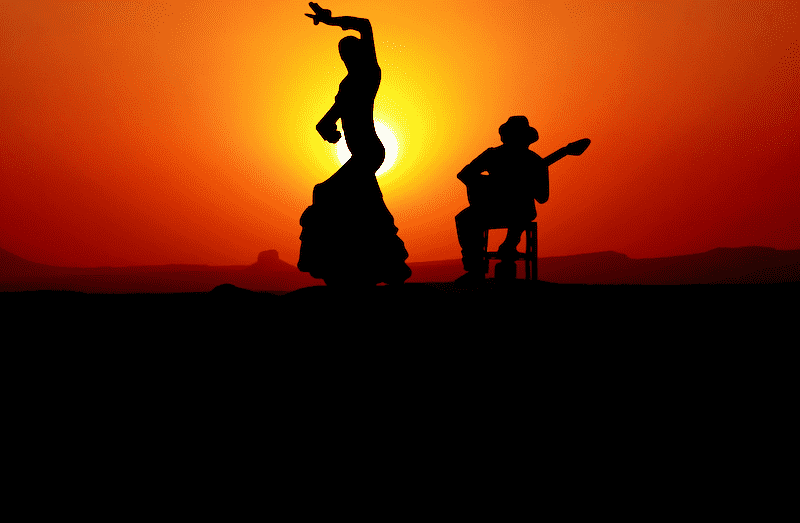 It’s a worldwide known fact that Spain is famous for its flamenco dancing. Clubs and entertainment venues all over the country feature it. But you won’t find the traditional dance performed at very many places in Barcelona or Catalonia. They prefer more of a contemporary rock-n-roll type of entertainment. If you want to enjoy a flamenco show in Barcelona, you can at Los Tarantos.

There’s a good chance you will see tiny green tropical birds flying around in Barcelona. They’re called Monk Parakeets, and they hail all the way from South America. There are several theories on how they got here. Some say the birds escaped from the zoo or maybe off of a boat. Others think it began with an escaped pet.

Barcelona is to thank for World Book Day.

Translating to St. Georges Day, La Diada de San Jordi is one of Barcelona’s most celebrated festivals. Taking place each year on April 23, the day was declared as the International Day of Books by UNESCO. On this day, it’s customary to present friends and family members with roses and books to celebrate love and literacy.