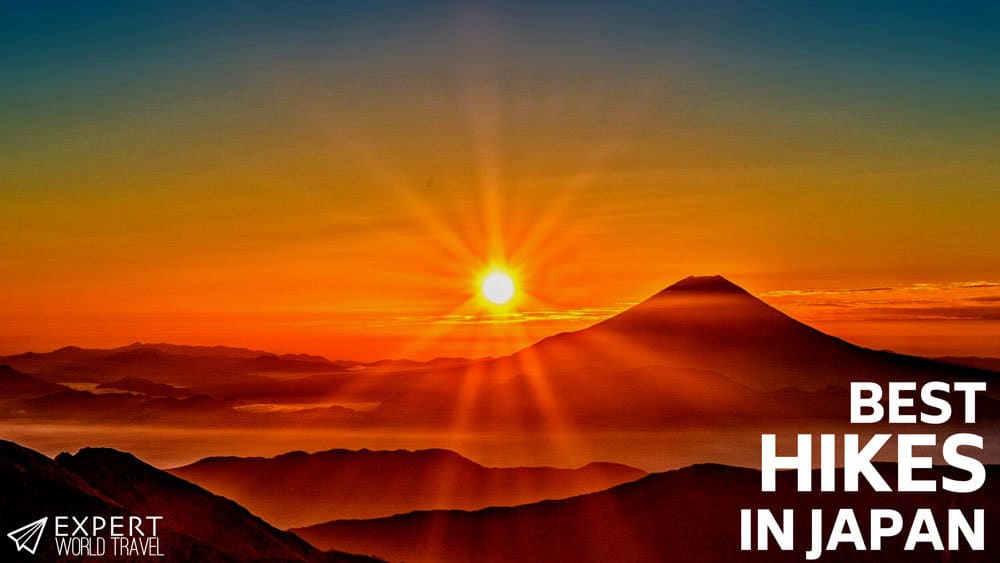 Hiking? Japan? Those two words don’t normally come to mind for most travelers. Japan has long been a dream destination for many people. It’s a country that successfully marries modernism and tradition in one harmonious way of life. But more than its amazing cuisine and bright neon lights, Japan has preserved and protected the most beautiful natural landscapes in Asia with as much care and attention as it places on just about every part of its culture. While Japan’s cities no doubt possess a wealth of experiences, getting lost in Japan’s nature is just as magical.

Some are strenuous, some are relaxing, all breathtaking – here are the 10 best hikes in Japan. 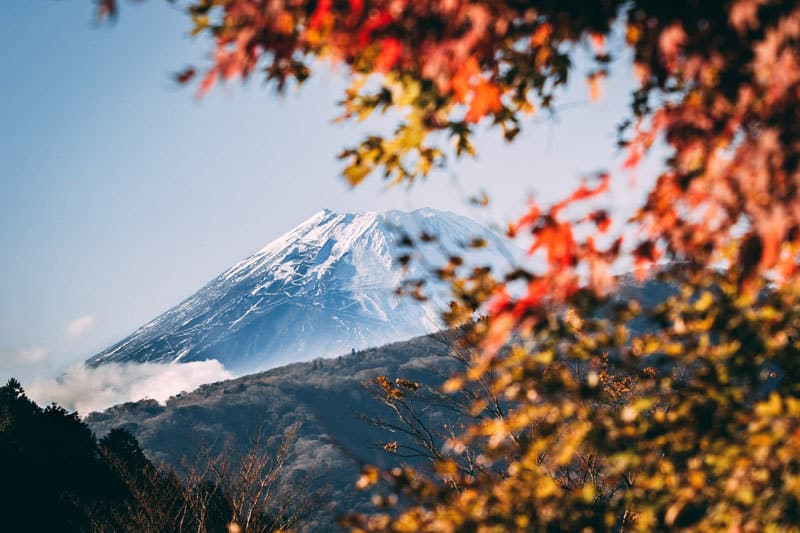 Surprised? Japan’s most popular mountain is also a great hiking destination. It’s the highest mountain in Japan at 3,600 meters but is also considered a sacred spot so hikers are sure to find makeshift shrines along the way. It’s always argued that Mt. Fuji is better appreciated for its shape from afar than the taking on the extremely difficult task of scrambling up its rocky surface. However, this doesn’t deter many hikers from all over the world.

Mount Fuji is open for hikers from July to September, but different trails have different opening times. There are four routes to the summit with varying levels of difficulty. The most popular trail is the Yoshida Trail with many mountain huts on the way up. It’s the easiest to access from Tokyo with a mix of rocky slopes and flat ground. The hardest is the Fujinomiya Trail as its generally rocky and very steep. 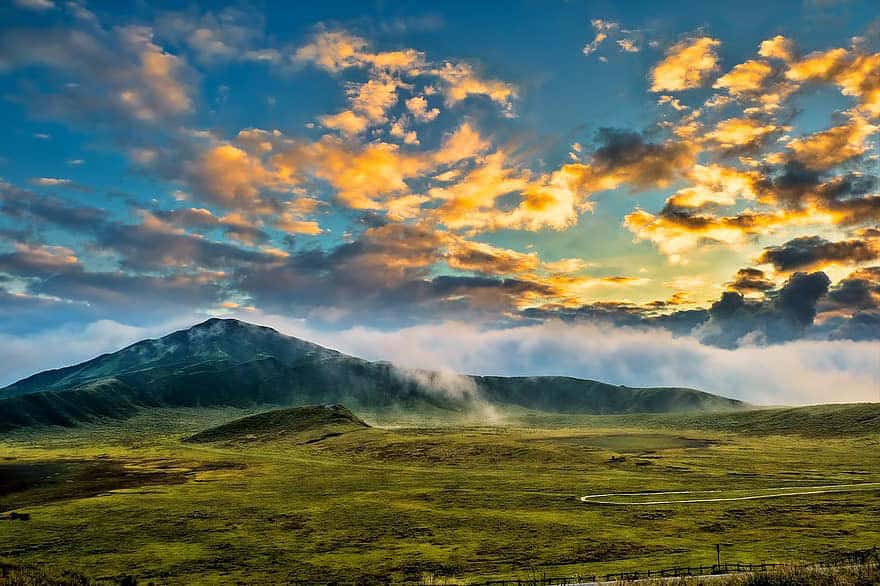 Daisetsuzan National Park is Japan’s largest national park covering 230,000 hectares. It’s a mountain range at the center of Hokkaido island with pockets of snow that survive even throughout summer. Of all the trails in the park, the Asahi-dake Volcano is one of the most popular. There are many crisscrossing hiking trails on Asahi-dake giving many options for different skill levels. The easiest way to do the hike is as a day trip from Asahi-dake Onsen, a traditional natural Japanese bath. 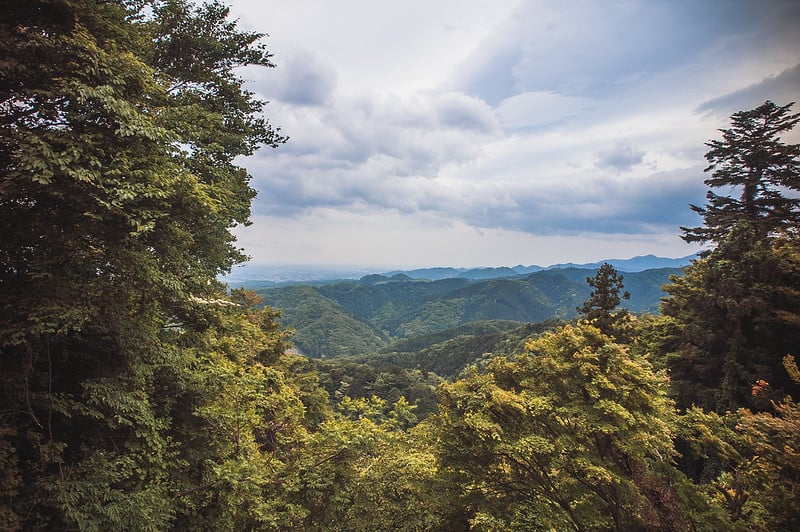 Mount Takao is a popular hiking destination because of its proximity to Tokyo. Despite its closeness to the city, it boasts of an attractive temple and several hiking opportunities. At 599 meters, Mount Takao’s summit is one of the busiest in all of Japan thanks largely to the cable car access halfway up the mountain.

There are several trails available, the most touristy of which is trail 1. It’s mostly paved and passes all the major pitstops and viewing decks up the mountain. The other trails are narrower and unpaved, but less chaotic and see less people. If you’re traveling with kids or elderly people, this is the best hike to go on. The trails will bring you through forests, across bridges, past unusual statues, and towards an amazing view of Tokyo. 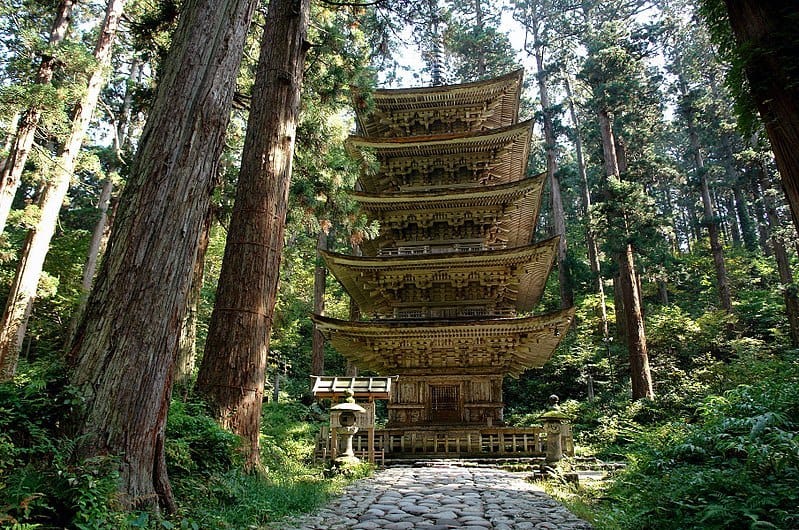 Crown of Lenten rose / CC BY

The Japanese have always regarded mountains as sacred places, often considered as homes to gods. People who were brave enough to enter always come out feeling refreshed and reborn. Of the most sacred of these mountains are the three holy mountains of Dewa Sanzan. Hermits have roamed these holy mountains for centuries and Dewa Sanzan is now known as the center of spiritual rebirth.

Making up the three holy mountains are Haguro-San (birth), Gassan (death), and Yudono-san (resurrection). Each mountain has a temple at its peak, but all three gods are represented at Haguro-San. This is also the same reason Haguro-San is the most popular hike of the three. Devotees visit these mountains in August and go on a pilgrimage to follow the footsteps of famous Buddhist priests like Kobo Dashi and En-no-Gyoja.

There are two ways to hike Dewa Sanzan – tackle Mount Gassan and Mount Yudono in one day and Mount Haguro the next, or tackle each mountain separately. The first itinerary saves time taking buses but takes a bit of stamina. The second itinerary is better suited for those with cars or want to take their time.

At Mount Haguro, the traditional entrance to Dewa Sanzan, hikers will tackle 2,466 steps to the top. At Mount Gassan, the climb starts at the 8th station but there is also a lift to the temple. There is a trail that connects to Mount Yudono, leading to the Yudono Shrine. 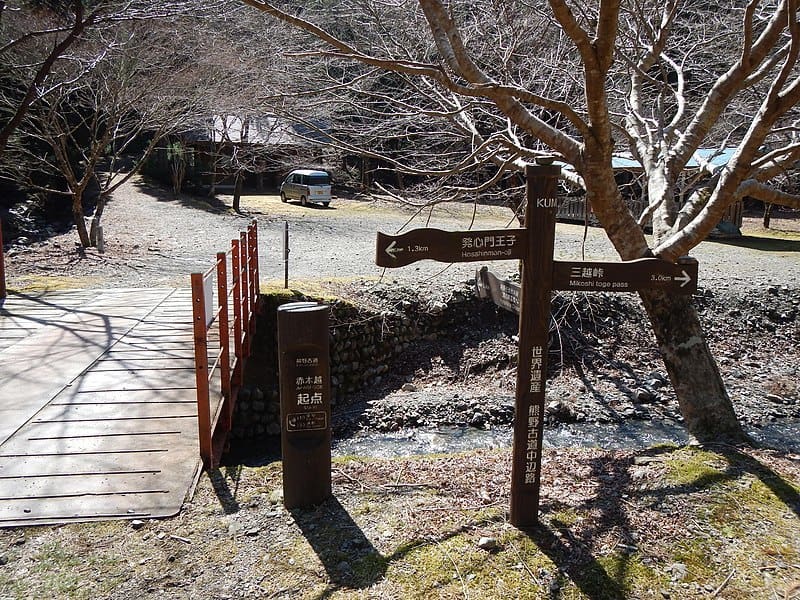 Another sacred pilgrimage that devotees embark on takes place on Kumano Kodo in the Kii Peninsula. The pilgrimage routes were declared a UNESCO World Heritage Site in 2004 under the “Sacred Sites and Pilgrimage Routes in the Kii Mountain Region”.  People from all walks of life go through the pilgrimage, including emperors and aristocrats. It’s said that these walks are part of rigorous religious rites and purification.

There are seven different trails on Kumano Kodo, all of which lead to the Shinto shrines of Hongu Taisha, Hayatama Taisha, and Nachi Taisha. The most popular route is the Nakahechi Trail, also known as the Imperial Route. Historically, this is the route most taken by emperors and nobility. It can be taken on a three-day consecutive hike or broken down into highlight hikes. Either way, the walk brings hikers through beautiful woodland sceneries towards the shrines and nearby hot springs. 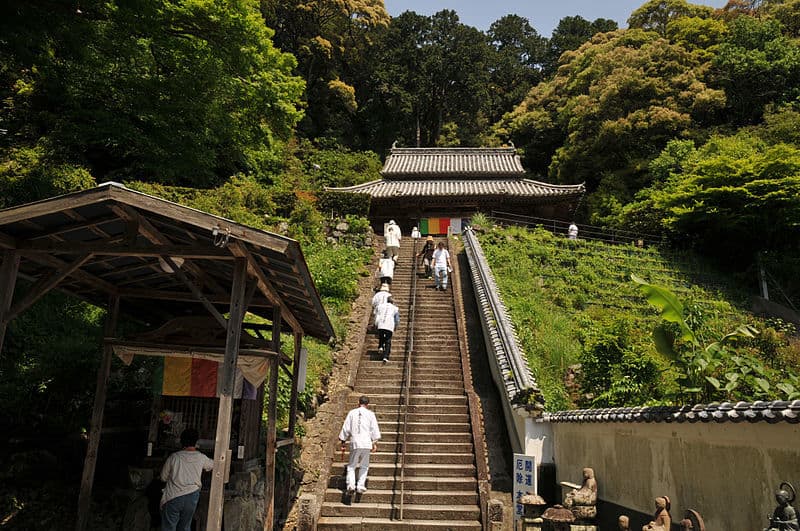 The Shikoku Pilgrimage mostly follows the coastline around Shikoku island. It’s a whopping 1,200-kilometer trek that passes through 88 temples. It’s a fairly easy trek, but arduous because of its length. Most visitors choose to break up the trek and not complete all 88 temples in one go. As a pilgrimage, devotees vow to visit all 88 temples over the course of a lifetime.

It’s a flexible route and you can start at any point. Traditionally, however, you’re expected to start and end at the same temple. The scenery is fantastic, a mix of ocean and mountain punctuated by both large and small temples along the way. 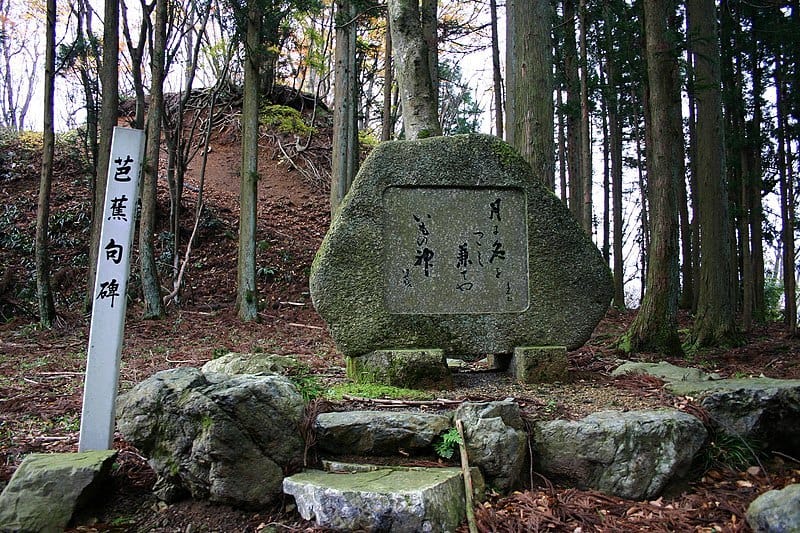 The Basho Trail pays homage to the one who forged it – haiku master Matsuo Basho. The trail starts in Tokyo, through iconic Tohoku region, along the rugged coast of the Sea of Japan, and ends in the city of Kanazawa. The hike is taken over a series of days, but is quite easy and peaceful with countryside views and walks through forest trails. The route is generally gentle, but does involve some steep climbs on occasion.

The whole trek is called the “Narrow Road to the Deep North”, Basho’s book written as he recounted his journey during the Edo period. During this time, he has felt disillusioned with life and set off to wander the world. His own pilgrimage took around 6 months. Nowadays, it can be taken anywhere between a day to a week to a lifetime as people tend to take shortcuts through trains and buses. A full hike, however, would take around 9 days. The trails is diverse and along the way are shrines and landmarks that feature Basho’s haiku.