Traveling through Georgia and want to visit a few museums? Then you’re certainly in the right place because this detailed guide will tell you exactly which museums in Georgia are worth your time!

From the state’s best history museums to all the most popular art museums, we’ve included all the spots that are most popular with both tourists and locals. We’ve also found a few museums that are unique to the state, such as a museum with a huge collection of civil war art and one that’s all about Coca-Cola.

So, read on to see what the best museums in Georgia are, and plan your trip accordingly! 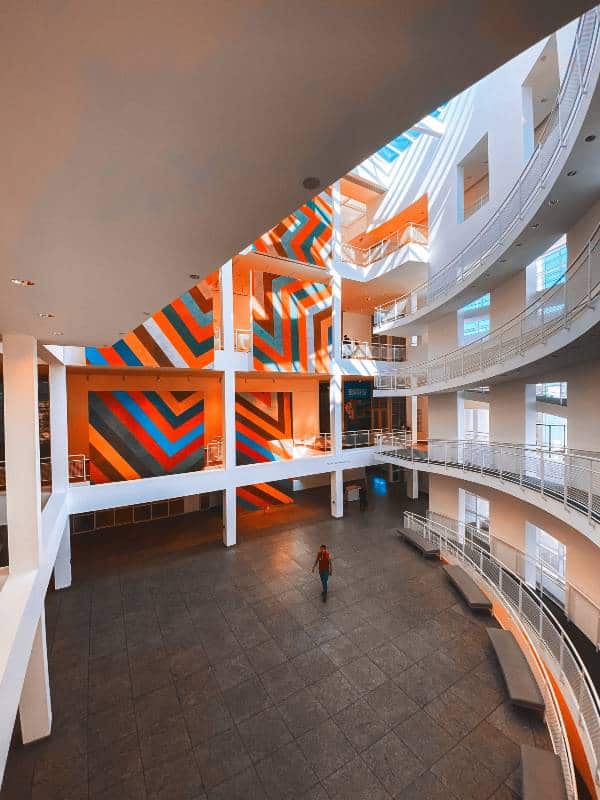 High Museum of Art is an extremely popular art museum in Atlanta, and one of the top 100 art museums in the entire world. It’s located in the Midtown area, in Atlanta’s arts district.

The High, which is what the locals call it, boasts a collection of more than 18,000 works of art. The museum’s vast collection can be separated into seven categories, which are African art, European art, American art, self-taught and folk art, decorative arts and design, contemporary art, and photography.

Some of the most renowned artists featured in this popular Georgia museum are Claude Monet, Dorothea Lange, Chuck Close, and Giovanni Battista Tiepolo.

This includes the Swan House, the Wood Family Cabin, and the Smith Farm, among others. It’s worth noting that Atlanta History Center also has a campus in Atlanta Midtown, which is home to the famous Margaret Mitchell House. You can read more details about that popular Atlanta museum in a later section.

Other interesting attractions at this museum include an enormous collection of civil war artifacts, an exhibit on Atlanta’s most famous golfer, Bobby Jones, and a cyclorama painting of the Battle of Atlanta, to name just a few.

Fernbank Museum of Natural History is one of the best museums in Atlanta that are dedicated to natural history. It boasts a large collection with a wide variety of permanent exhibits, which includes dinosaurs, interactive exhibits for children, a detailed natural history of Georgia, and many others.

Perhaps the most famous exhibit at this Atlanta museum is the skeleton of Argentinosaurus, which is the largest dinosaur to ever be classified. The museum also offers a variety of summer camps, lectures, and other programs for both kids and adults who are always eager to learn. 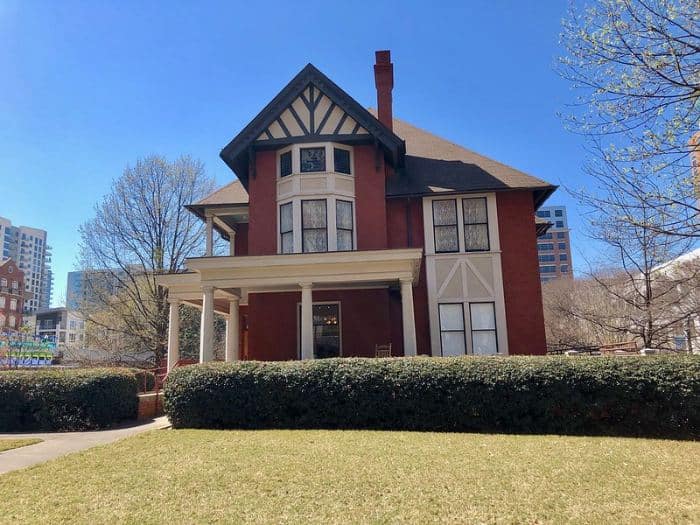 Margaret Mitchell House is a historic house located in Midtown Atlanta. It’s operated by the Atlanta History Center, and it’s such an iconic museum that’s is even listed on the National Register of Historic Places.

The house is the former home of famous author Margaret Mitchell, who is best known for the novel Gone With the Wind. A guided tour of the author’s apartment allows visitors to explore all the different questions that her famous novel raises, as well as a peek into her personal life.

The Atlanta History Center even encourages discussion about both the novel and Mitchell’s life, making this place one of the best museums in Atlanta for bookworms who just can’t keep their thoughts to themselves!

The Delta Flight Museum is an aviation museum in Atlanta. It’s located near the Hartsfield–Jackson Atlanta International Airport, which is Delta Airlines’ main hub. The museum is about Delta Airlines, and it’s one of the most interesting museums in Georgia for anyone who is genuinely interested in aviation.

This museum is housed inside two Delta Airlines hangers, which are located at the airline’s headquarters. The aircraft hangers date back to 1940, and in 2011 they’ve been designated a Historic Airspace Site.

Some of the exhibits at this museum include one of the first Delta aircraft, Delta Ship 41, a Huff-Daland Duster replica of a biplane, the company’s first Boeing 767-200, and many others.

The Children’s Museum of Atlanta is by far the best place in the city for all travelers with kids. It opened in 1988, and initially, it was known as the “Museum Without Walls”. It’s situated in Downtown Atlanta, right next to the Centennial Olympic Park.

This is one of four children’s museums in Georgia, and it is known for its many interactive exhibits that are geared at kids who are under the age of nine. All the permanent exhibits are supposed to educate children on various topics by using different mediums. Perhaps the most interesting exhibit is the one that teaches children how food is produced, in which they get to role-play as farmers and even deliver foods to grocery stores!

In addition to the many permanent exhibits, the museum also hosts about three traveling exhibits each year. 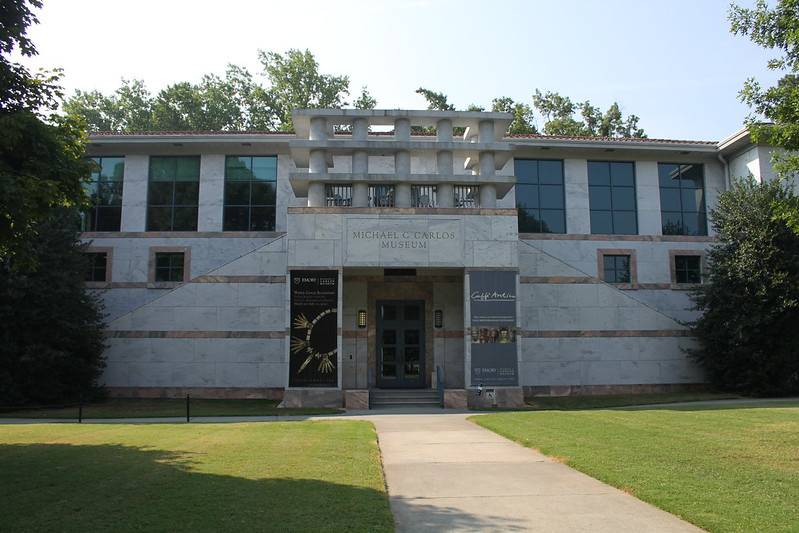 Michael C. Carlos Museum is an art museum situated on the campus of Emory University. This museum features the largest collection in the Southeast of ancient art, and it includes all sorts of objects and artifacts from ancient Egypt, Rome, Greece, Africa, the Near East, and the ancient Americas.

The museum’s collection boasts an impressive 25,000 works of art, which are displayed in both permanent and temporary exhibitions. In addition to some of the best ancient art one can see in the United States, this museum is also known for hosting lectures, educational programming, workshops, festivals, and performances. 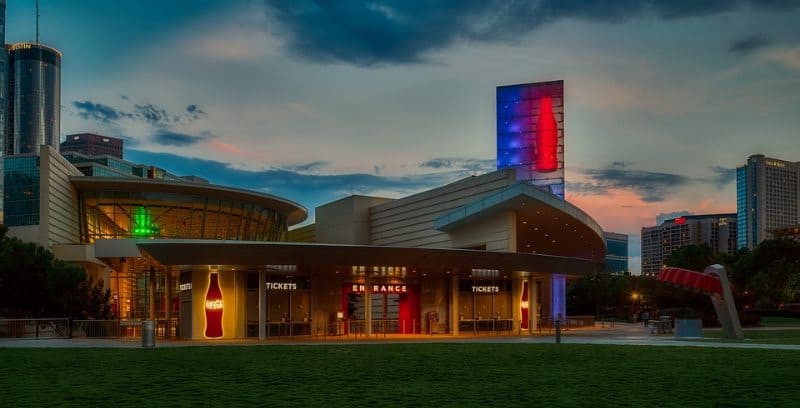 Coca-Cola is the most popular soft drink in the world, and Georgia has an entire museum dedicated to the company’s history! It’s worth noting that the museum isn’t unique to this state and that there are similar museums in both Las Vegas and Disney Springs.

But if you’re ever in Georgia and you enjoy drinking Coca-Cola, you really should visit the Coca-Cola museum. It chronicles the history of the world’s most successful soft drinks company, and you can see all sorts of Coca-Cola-related exhibits.

You can learn about the legend of Cola’s secret ingredient, do a smell and a taste test of the drink, immerse yourself in all sorts of artifacts from the previous centuries, and much more! The museum also includes a shop where you can find all sorts of Coca-Cola merch, including glasses, stuffed polar bears, hoodies, and more! 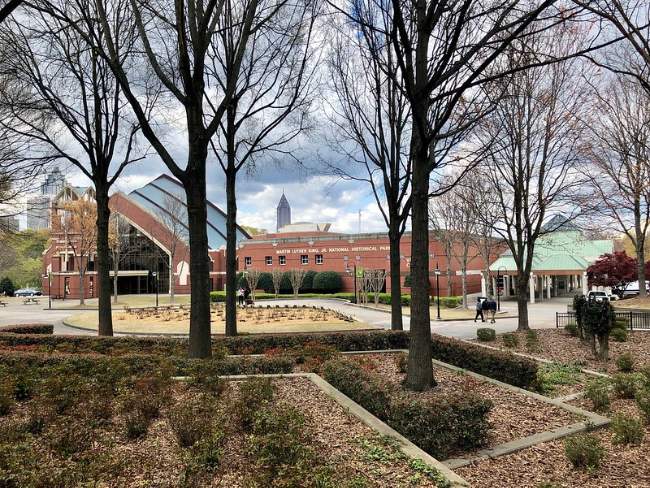 Martin Luther King, Jr. National Historical Park is one of the most-visited tourist attractions in the entire state of Georgia. Located at Atlanta’s Auburn Ave, the historical park encompasses the birth home of the famous activist for civil and human rights, as well as his final resting place.

King’s birth home has been preserved in its original state, and it’s usually the highlight of all tours of the historical park. This is the same house where he grew up and spent the first 12 years of his life, and for a lot of civil rights activists, just standing at the same front porch where he once stood is inspiring enough.

Although the house is the highlight of this park, it’s certainly not the only interesting place in the park. The historic Ebenezer Baptist Church, where both Martin Luther King, Jr. and his father were ordained is also part of the historical park.

Visitors should also see The King Center, Fire Station No. 6, the Rose Garden, and the Behold Monument. 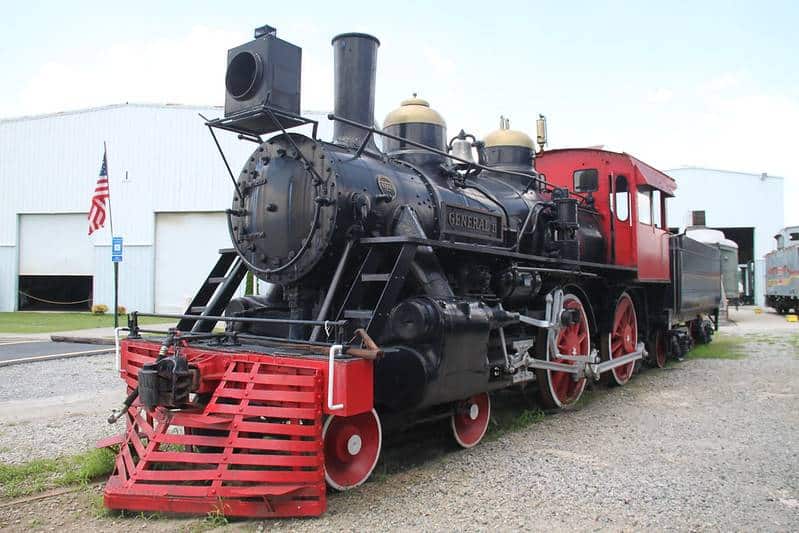 The Southeastern Railway Museum is situated in Duluth, which is a suburb of Atlanta, Georgia. It’s a railroad museum that was founded back in 1970 by the National Railway Historical Society’s Atlanta Chapter. The museum is a must for anyone who is interested in trains and railroads!

Visitors can observe all sorts of railway rolling stock, visit the museum’s extensive archive, and admire a huge variety of railroad-related artifacts. Some of the most famous exhibits at this museum are the G16/Park train ride, an 1871 Duluth passenger train depot, and a private train car used by FDR.

Also, museum visitors can go for a ride around the property on restored cabooses, which will certainly be the highlight for true train lovers.

Hammonds House Museum is a popular museum in Atlanta dedicated to African American fine art. The museum is situated in a Victorian house from the mid-19th century, which was the former residence of Dr. Otis Thrash Hammonds.

Hammonds was an Atlanta physician, as well as a patron of the arts. He had collected more than 250 works of art throughout his life, and after his passing, his house was turned into a museum and his collection was displayed.

The permanent collection of Hammonds House features art from some of the most renowned African American artists from the 19th century. The works of art collected by Dr. Hammond included paintings, African masks, sculptures, and various other art mediums, but by far the most significant collections are the modern African American paintings.

The Marietta Museum of History is a popular museum in Kennesaw House in Marietta, Georgia. The museum is housed on the second and third floors of the historic building, which was built way back in 1845. That makes it one of the oldest buildings in Marietta, and the history museum chronicles its past in detail.

This popular Georgia museum boasts several permanent exhibits that are focused on various aspects of the town’s history. One of the collections chronicles the daily lives of residents in the 19th and 20th centuries and another focuses on the early gold mining industry of Georgia.

Other exhibits at the museum also cover Native American culture, recreations of homes and furniture from the 19th and 20th centuries, as well as military displays from World War I, World War II, the Civil War, the Korean War, the Gulf Wars, Vietnam War, and the current War on Terrorism.

The wide variety of attractions in this Georgia museum makes it a great option for everyone who is interested in history, so be sure to add it to your list of the best museums in Georgia if you want to see what life was like in the previous centuries for residents of Marietta! 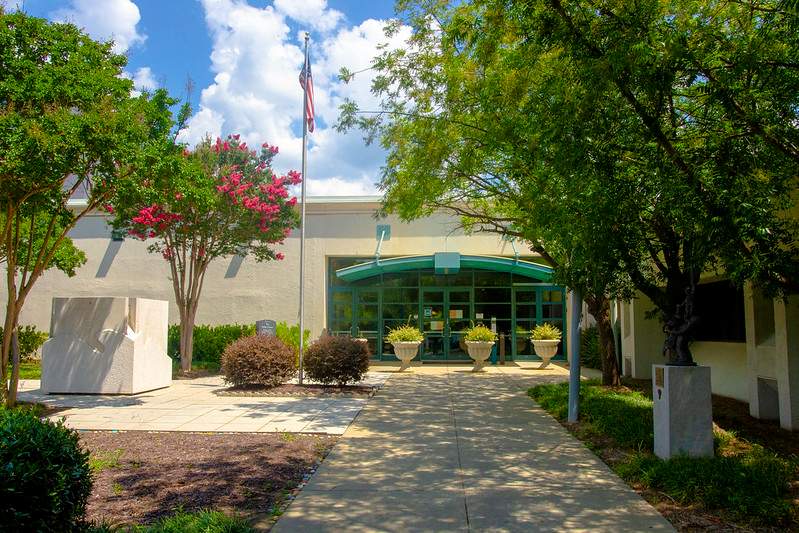 The Breman Museum is located in Midtown Atlanta, just across the street from the Center for Puppetry Arts. It’s the only museum in Atlanta that is entirely dedicated to Jewish history and culture, and it’s an absolute must if you’re looking to learn more about this topic.

The museum has multiple permanent and traveling exhibits, all of which aim to educate visitors about Jewish traditions, values, and customs. The permanent exhibition at The Breman chronicles the atrocities the Jewish community experience during World War II, and it’s named Absence of Humanity: The Holocaust Years, 1933-1945.

The Ida Pearle and Joseph Cuba Archives for Southern Jewish History are also part of this famous museum. Their collection includes more than 50,000 documents, oral histories, photographs, and other objects that represent Southern Jewish history, and they are the largest collections of their kind in the world.

College Football is a pretty big deal in the United States, and this museum is a great testament to its importance for the country’s culture. The College Football Hall of Fame is a fairly new museum, which opened in Atlanta in 2014. It is situated at the heart of Atlanta’s sports and tourism district, right next to the Centennial Olympic Park.

This museum aims to immortalize all the most prominent players and coaches in college football. There’s even an indoor playing field, where you can put your own football skills to a test. If you’re a fan of college football traveling through Georgia, this is without a doubt one of the best museums you can visit in the state.

About the Author Sara Oprašić