The city of Zurich is situated at the base of the famous Swiss Alps along the shores of stunning Lake Zurich. A top destination for world travelers, there’s plenty to see and do in Switzerland’s largest city including over 50 fascinating museums tucked in every corner of the city.

Zurich’s museums offer something for everyone from exquisite art by renowned international artists to learning about the city’s historic tram system.

It would be difficult to impossible to tour every museum in one visit to Zurich, but this list of the best museums in Zurich is a good beginning. And consider purchasing the popular Zurich Card for two-three days of free or reduced admission to most museums along with other inner-city travel benefits. 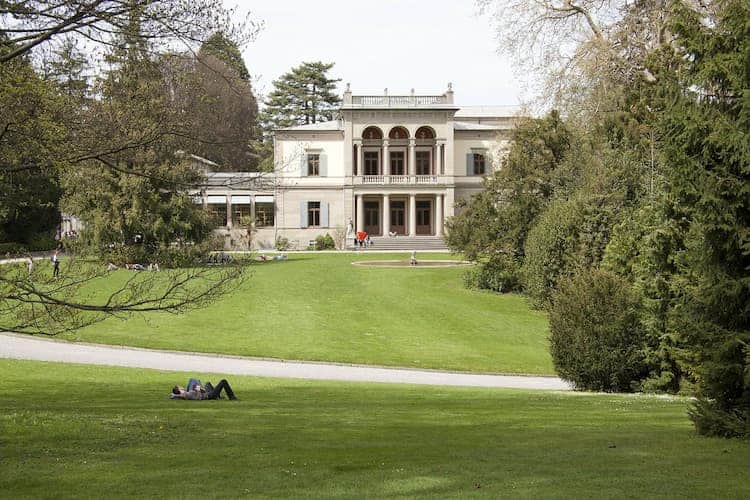 One of Zurich’s largest museums, the Museum Reitberg is the only one in Switzerland dedicated to non-European art. Since 2007, the collection, largely donated by Baron Eduard von der Heydt, has been housed in the architecturally spectacular green glass pavilion called the Emerald extension. Along with the fascinating collection, visitors enjoy a mix of the old and the new in Rieterpark’s ensemble of villas with a view of the city and the alps in the background.

The museum features artwork from Africa, Asia, the Americas, and Oceania. Some of the highlights are an Indian collection including a bronze of Shiva Nataraja from the Chola dynasty, an African collection of featuring figures and masks from the Ivory Coast, and Chinese Buddist sculptures dating back to the 6th century. The China collection also has pottery from the Ming Dynasty.

All of the art at the museum reflects an interest in world cultures, history, and religion. The museum is located in Reitberg Park at Gablerstrasse 15, 8002 Zurich, Switzerland. 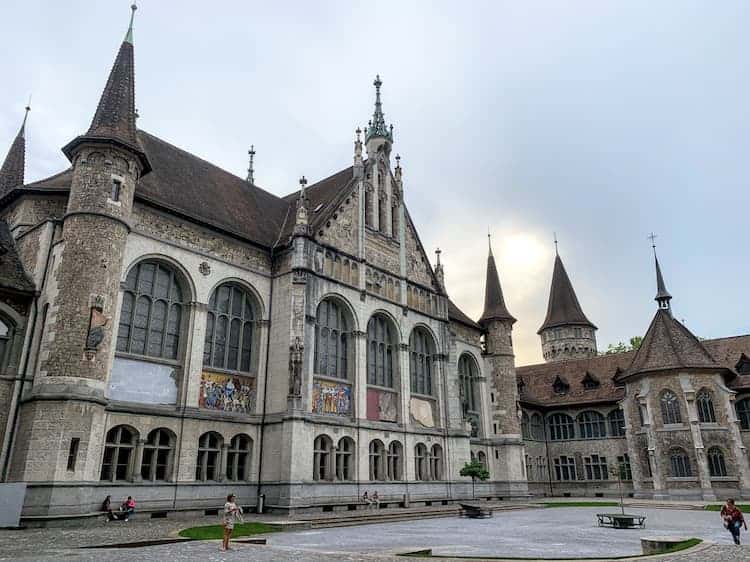 As the name implies, the Swiss National Museum / Landes Museum is the place to go to understand the people of Switzerland. The people’s story is covered from prehistory to the present day. Temporary exhibits, extensive permanent collections, and special showings chronicle Switzerland’s unique culture and history.

Along with ancient artifacts are displays of art, handicrafts, homewares, and an armory tower.

Housed in a building that is part medieval castle and part ultra-modern, The Swiss National Museum is Switzerland’s most visited museum of cultural history and is affiliated with the Federal Office of Culture. Visit it at Museumstrasse 2, 8001, Zurich. 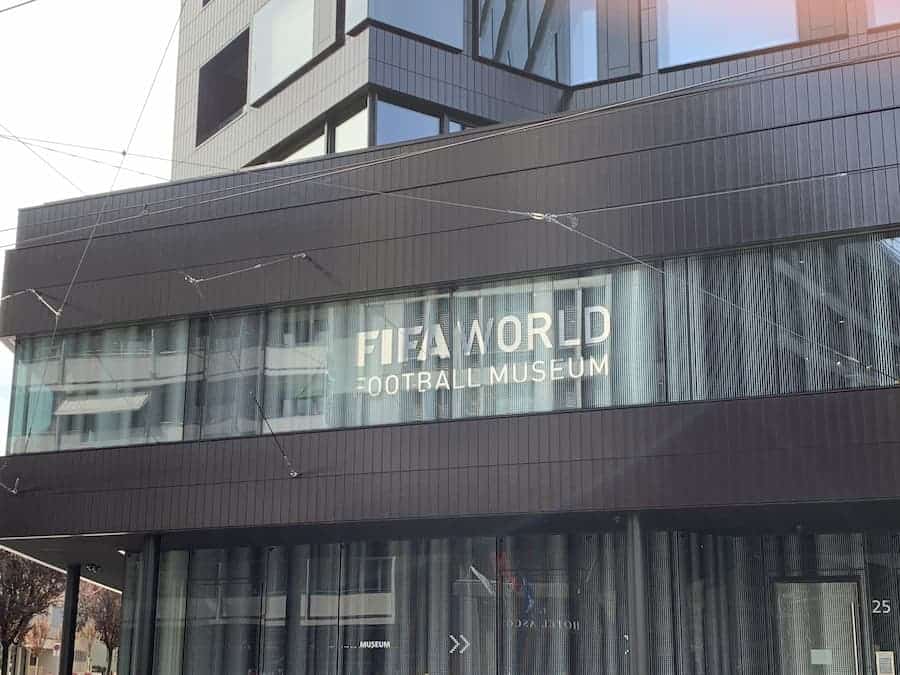 Learn the story of how football became the world’s favorite sport with a governing association uniting nations around the globe. The FIFA World Cup Gallery is the pride of the museum and a must-see for football fans as it displays the sport’s ultimate prize, the FIFA World Cup Trophy.

With around 3,000 square meters of exhibition space, the museum is dedicated to the history of football and shows how the sport has impacted society through several attractions, exhibitions, and audiovisual experiences. It features 1000 exhibits that are exclusive to the museum and 500 videos covering international football and how it has united the world.

Both the young and the old will want to take on the gigantic Soccer Pinball, and there is also an onsite sports bar, bistro, and cafe bar.

You’ll find the museum across from the Bahnhof Enge train station at Seestrasse 27, 8002 Zurich. 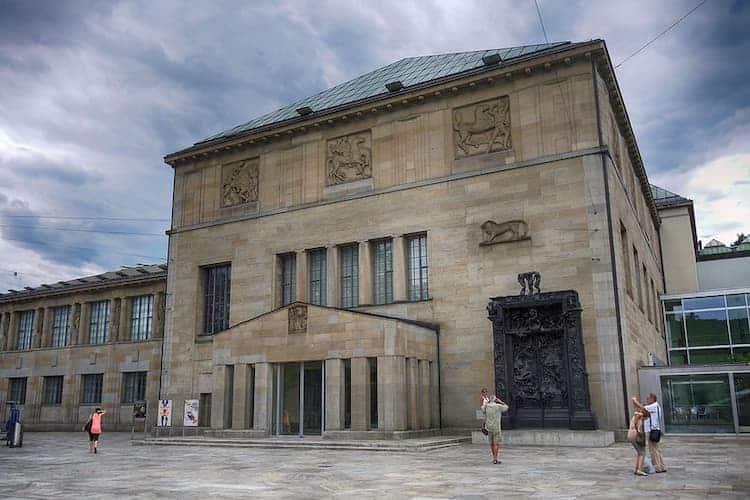 Kunsthaus Zurich (Museum of Art) has the best collection of Swiss art by internationally removed artists, one of which dates back to the Middle Ages. Works by Swiss artists Giacometti, Rist, and Holder are on show as well as world-famous artists such as Picasso, Monet, and Lipchitz. The permanent collection features major works by van Gogh, Gauguin, and Cezanne.

Designed by architects Robert Curjel and Karl Moser, the building, which opened in 1910 is a work of art itself. No other art museum in Zurich has such a level of fine arts in its collection. You’ll also see the famous trademark stick figures by Swiss sculptor Alberto Giacometti and classic photographs by Robert Frank, Henri Cartier-Bresson, and Andre Kertesz.

The Kunsthaus Zurich is located at Heimplatz 1, Zurich. You can download a map at the museum’s website for a self-guided tour. 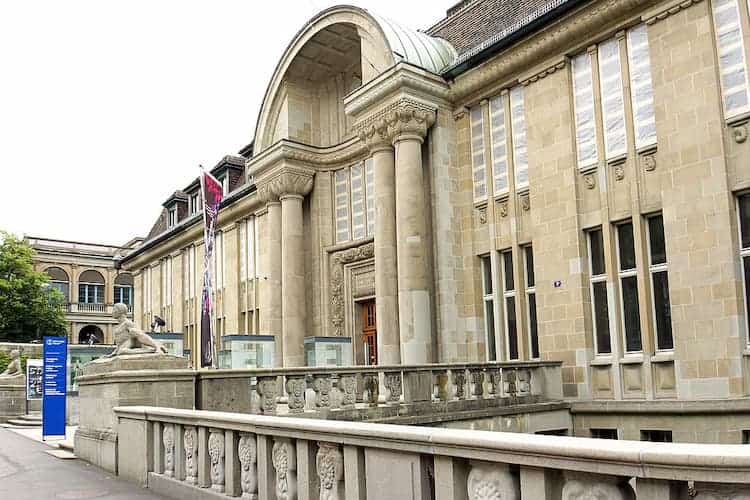 The University of Zurich’s Zoological Museum has over 1,500 exhibits that pique interest in evolution and the animal world. Animals native to Switzerland and all around the world are featured.

Test your knowledge at different stations, view microscopic creatures with a powerful microscope, and listen to more than 300 animal voice recordings. Be sure to see “Jellyeyes: Evolution and Vision”, a fascinating exhibit that explains how human vision evolved.

Special exhibits showcase the ongoing research into different aspects of the animal kingdom. It’s an educational experience like no other in Switzerland, perhaps only matched by the rival city of Geneva’s Natural History Museum.

Visit this museum at Karl-Schmid-Strasse 4, 8006, Zurich. 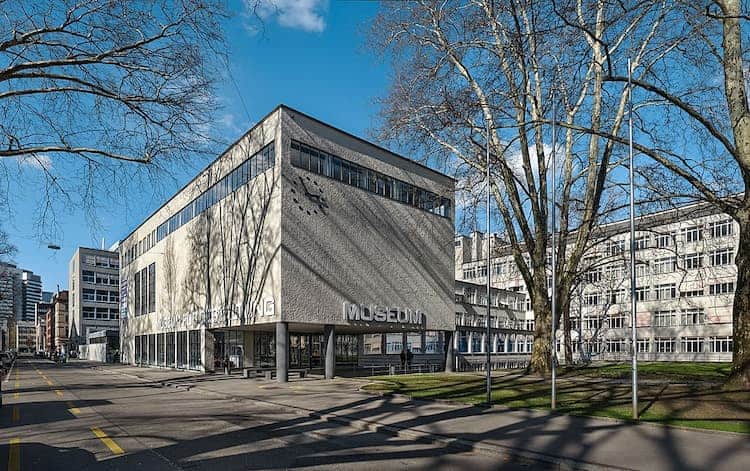 While at the University of Zurich, you’ll have a good chance to visit the Design Museum, another one of the best museums of its kind in Switzerland and all of Europe. Approximately 500,000 objects are on display under the categories of Design, Applied Art, Graphics, and Poster.

Switzerland has long been a world leader in the design and visual communities field. The development of these objects is shown on a timeline from 1875 to the 20th century. The museum includes works from Le Corbusier, Herbert Matter, Max Bill, René Burri, Sophie Taeuber-Arp, Freitag, and others.

The Design Museum is located at Ausstellungsstrasse 60, 8005 Zurich.

The fascinating Beyer Clock and Watch Museum houses one of the leading private collections of clocks in the world and covers the history of horology from 1400 BC to the present day with around 260 displays. You’ll get to see sundials, water clocks, tower clocks, elaborate pendulum clocks, Renaissance automata, exquisitely decorated pocket watches, and an example of the first quartz wristwatch. Scientific navigation devices are also on display.

Zurich’s popular Clock and Watch Museum houses rare items that, in other countries have been around the world in other museums first. It has a permanent and expanding collection of obscure shadow sticks, oil-lamp clocks, grandfather clocks, and much more.

The museum also offers video recordings of some of these masterpieces of time in operation. Visitors can access information using provided iPads in six different languages.

The Beyer Clock and Watch Museum is located on Zurich’s Bahnhofstrasse, a street famous for shopping. 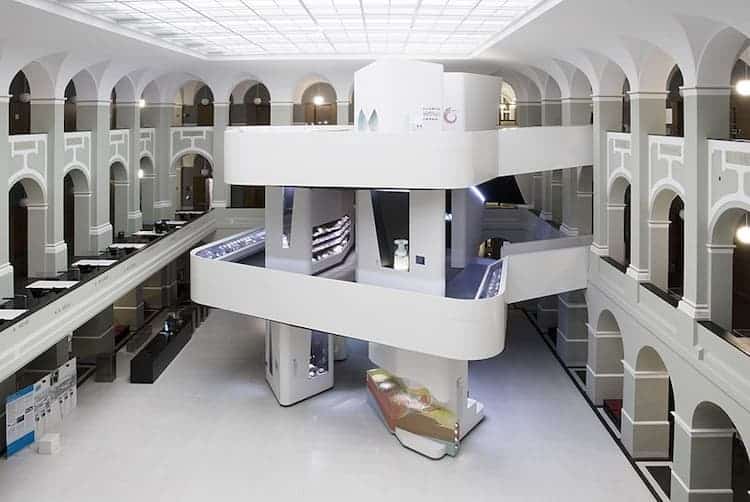 Especially good for school children, focusTerra features exhibits that focus on geological phenomena all around planet Earth. Learn about rocks, minerals, volcanoes, plate tectonics, precious stones, and much more through geology exhibitions, interactive projections, and models of the Alps.

Traveling from the center of the earth to the top of the earth is simulated floor-by-floor. The formation of planet Earth begins on the ground floor. You’ll pass through the earth’s crust and reach its surface on the top floor. Each level features subtopics that focus on regional relevance and shows the impact of natural phenomena on daily life.

The earthquake simulator is a highlight of this museum. Both entertaining and educational, it’s a teeth-chattering experience that’s not to be missed.

Visit this museum at Sonneggstrasse 5, 8006, Zurich.

Zurich is home to one of the world’s largest banking centers and the perfect place for a museum about money. The Money Museum, featuring pieces from Swiss numismatist Juerg Conzett’s private collection tells the story of money from its roots to the present day with projections into the future. The story covers cash from feathers, bones, stone axes, and cowrie shells to traditional currencies and beyond to the complexities of bitcoin.

The development of money and its influence on the world is explored with exhibitions. Visitors will learn about currencies in different regions of the world from the past to present times. The museum also features a multimedia presentation with videos, digital photos, and publications.

Operated by The Sunflower Foundation, the Money Museum is located at Hadlaubstrasse 106, 8006, Zurich. 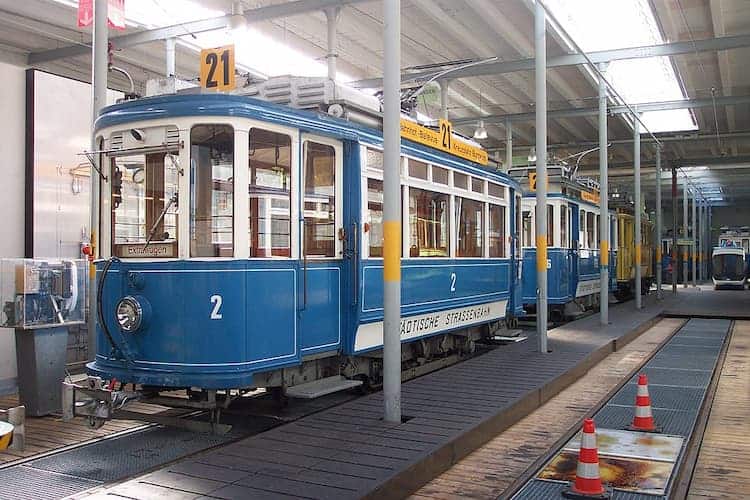 Dedicated to the city’s most popular mode of transportation, the Zurich Tram Museum tells the story of the much-loved tram. Up to 20 original tram cars are on display at the historic Depot of Burgwiew. Trams date from 1897 to the present. The city’s oldest functioning tram runs through the Museum Line.

Loved by adults and a must for children, the museum has lots of climb aboard and hands-on activities to engage in. Visitors will also enjoy an exhibit explaining how the Zurich Tram was developed and how it works.

You’ll develop a new appreciation for Zurich’s historical mode of transportation at the Zurich Tram Museum. Be sure to visit the museum store for postcards, models, and souvenir items.

One of the least expensive museums to visit in Zurich, the Tram Museum is located at Forchstrasse 260 8008, Zürich.