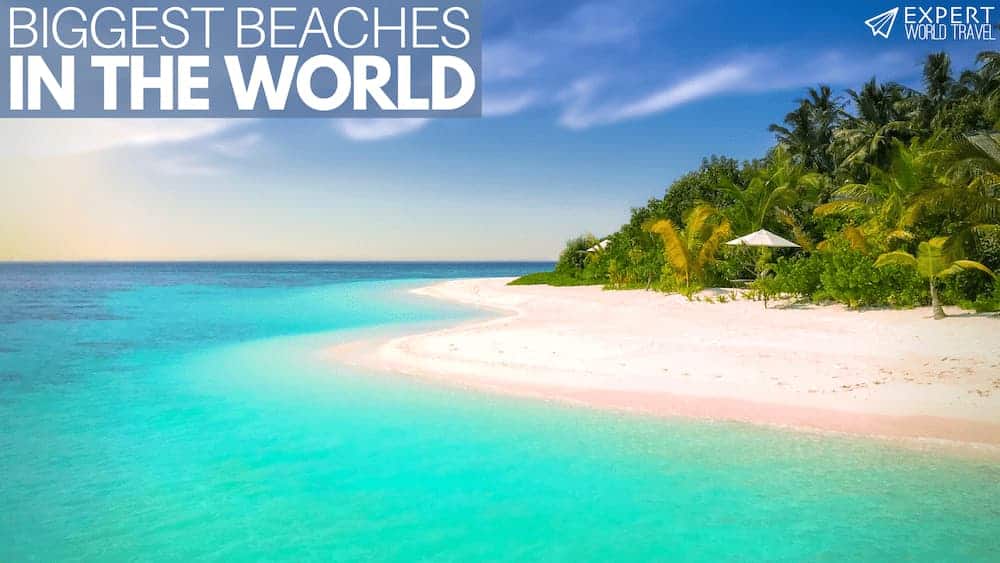 Biggest Beaches In The World

When we start talking about the biggest beaches in the world it’s best to first set some parameters.

I mean we could say that the Sahara desert is the biggest beach in the world stretching from the Atlantic ocean on the west coast of Africa to the red sea on Africa’s east coast, but it’s not really a beach is it? In this article, the biggest beaches in the world we’ll focus on are on a shoreline, not spanning an entire continent.

If you love a good long walk or want the space to relax with your toes in the sand without the crowds, then a trip to one of the biggest beaches in the world is a great place to start, and here they are starting with the longest beach in the world.

The Longest Beaches In The World

The Praia do Cassino Beach is the longest beach in the world and stretches for 157 miles down the coast of Brazil. The beach starts at the town of Rio Grande in Brazil and works its way uninterrupted for 157 miles all the way past the border with Uruguay.

It’s a white sand beach that is extremely popular with locals and surfers with both busy and, of course, quiet spots along the way. The seas are blue and there is even a section where you’ll find a lake, Lagoa Mangueira, on one side with the sea on the other.

There are lovely towns all along the beach to visit along with wildlife to see, sand dunes to explore and even a shipwreck to snorkel on. Winters can get chilly and hit around 50 Fahrenheit so you’re best of visiting around the summertime.

The second longest beach in the world is Cox’s Bazaar in Bangladesh. This sandy beach runs for around 96 miles and offers a huge mix of different beach vibes, which are handily broken up into sections. Since the beach faces west, you can watch the sun setting into the sea every day and when it comes to the weather, it’s fantastic all year round.

This has made Cox’s Bazaar a mecca for tourists and thus it has seen a lot of development down its Laboni, Humchari, and Inani sections.

Inani is full of sunbathers chilling on the white sands while Laboni is the place to go if you’re looking for something a little bit more lively. The Humchari section will suit nature lovers to a T thanks to the beautiful forest next to it that is full of incredible waterfalls.

Nearby you also find the Himchari National Park, Aggmeda Khyang Buddhist monastery, and the Bangabandhu Sheikh Mujib Safari Park which are all worth a visit.

Ninety Mile beach is probably the most beautiful of all the beaches featured so far and it sits on the southeast coast of Australia just an hours drive from Melbourne. It also makes for a great hiking destination near Melbourne too!

You’ll find charming coastal towns running down the entire 90 mile stretch of this beach along with lakes and crystal clear lagoons dotted on the way. The beach is also known as golden beach and as the sands are well, golden, and it’s a super popular tourist destination where people love to camp, picnic, surf, and of course, fish.

You can also go whale watching from the beach during the annual migration of humpbacks and other species, and just off the beach is Rotamah Island which is a great place to get your twitching on and check out some amazing sea birds and other bird species.

If you’re ever in the area, don’t pass up the chance to visit Ninety Mile Beach.

If the ozzies have got one, you can probably guess the kiwis have got one too. Another 90-mile beach but in neighboring New Zealand this time instead of Australia, this beach sits on the northern tip of New Zealand’s north island.

The beach is actually 88 miles long but it doesn’t quite have the same ring to it as a ninety-mile beach. Most of the land behind it is uninhabited and full of huge sand dunes. You can rent a 4×4 and cruise down the beach exploring, fishing, and surfing.

The beach gets busy in the summertime when a lot of people from Aukland head to the coast for their vacations but with 88 miles to choose from, it’s not hard to find a quiet bit of space just for yourself. 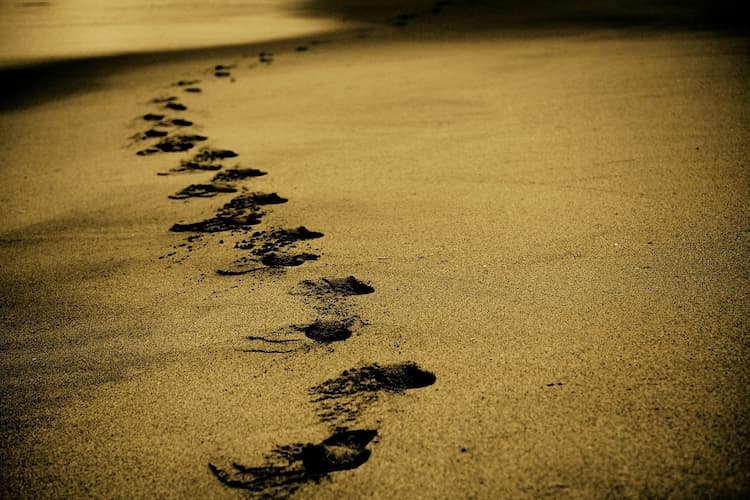 Padre Island in Texas is host to the longest beach in the United States stretching along the shores of the island for an amazing 70 miles.

The beach is backed by Laguna Madres on one side, one of the few saltwater lagoons in the world, and has the lapping seas of the Gulf Of Mexico on the other side.

The entire beach is allowed to be driven on and it’s a place when Texans flock to in the summer to enjoy sunbathing and swimming, while the locals swim all year round. The biggest attraction to this beach is probably the huge number of sea turtles that frequent its shores and come to land once a year to lay their eggs.

The beach is also a haven for birds with around 400 species of birds calling it home or passing through it each year. The Padre Island National Seashore’s diverse ecosystem makes it one of the most unique beaches on the planet.

Playa Novillero is the longest beach in Mexico hitting a massive 56 miles long. On top of being long, it’s also covered in white sand and lapped by azure blue waters and truly is a little piece of paradise.

It’s hugely popular with locals and tourists around the world and is great for both swimming and surfing. Something else that makes this beach quite unique is its wave patterns and you can safely walk into the water heading straight out to sea for 330 feet without ever having to swim.

On top of this, it’s also one of the widest beaches in the world measuring a third of a mile, and thus probably the biggest beach around when it comes to actually square miles of beach areas.

If you go for a stroll down this beach you’ll also have some time to wander into some culture as it’s lined with old churches and indigenous art museums.

Virginia beach is the seventh longest uninterrupted beach in the world running 35 miles down Virginia’s coastline. It’s also one of the busiest beaches featured in the article and has around 2.75 million visitors every year, so if you’re looking for a quiet piece of sand, this might not be it.

The town along the shoreline of the beach is catered to tourism and is full of shops, B&B’s, hotels, and more, it may as well be Miami beach. In fact, Guinness worked records named it the longest pleasure beach in the world.

It’s a great place to go if you like surfing and a lively vacation but if you’re looking for peace and quiet, steer clear.

It’s a hugely popular tourist destination for whale watching, fishing, and surfing. The water is a little chilly for swimming though, but in the summertime, it is quite refreshing.

Long Beach is also home to a pile of events that happen all year round including music, food, and other festivals.

The Widest Beaches In The World

Again, we need to set some parameters here or any shoreline that rolls into a desert is a clear winner, so let’s think of the width of the beach as its lowest dry point at its lowest tide and tp up on the shoreline.

North Wildwood beach sits in New Jersey and is the widest beach in the world measuring a whopping 2 miles wide at its widest point. People flock there during summertime to enjoy the cool Atlantic waters, check out the lighthouse, and enjoy the amazing seafood the town has to offer.

The beach is also backed by a series of lakes that are great for water sports watching birds and more. You’ll also find a bunch of kind lifeguards on the beach which makes it ideal for families with small kids to take a dip in the ocean.

We have already mentioned this one but due to Playa Novillero’s amazing width of 0.33 miles, it has to be featured again as one of the world’s widest beaches.