Camelbak Rogue Vs. Classic (Get The Best Hydration Pack)

If you are into cycling, then you probably already know how important it is to stay hydrated. That’s where a hydration pack comes in; it allows you to drink water without ever having to stop or get off your bicycle. CamelBak has some really good hydration packs, and today we will check out two of them – the Rogue and the Classic.

The Classic is more minimalistic and really puts emphasis on the hydration aspect of its design. On the other hand, the Rogue has the exact same features as the Classic and some that give it a little edge. But that’s just my opinion.

Maybe you’ll agree with me, maybe you won’t. In any case, before you decide, you should join me in this detailed comparison of the CamelBak Rogue and Classic hydration packs!

General Specs Of The Rogue And Classic Hydration Packs

In terms of hydration, these backpacks are nearly identical. Both of them feature the same reservoir with a capacity of 2.5 Liters. That is the main thing you need to know now, but I will tell you more about the new Crux reservoir in a minute.

Both packs are also quite small and lightweight, but the Rogue is obviously somewhat larger and heavier. But, that also means that it has a larger gear capacity than the Classic pack. In fact, the gear capacity of the Rogue is 5 times larger than that of the other backpack. And it has twice as many exterior pockets, which in my opinion, also means that it has an edge over the smaller backpack.

But, that largely depends on what you are looking for in a hydration pack. If hydration is your one and only concern, then you can expect the same performance from both of them. Now, let’s check out that new and improved Crux reservoir that CamelBak puts in these packs.

Since we are talking about hydration packs, I guess the hydration aspect is their most important design feature. So, it’s key to note that both packs have a Crux reservoir, whose design was recently upgraded.

The new Crux reservoir promises to deliver about 20% more water per sip, due to the latest hydration technology that it features. In addition to that, it has a leak-proof cap. The cap is easy to open and close, and you shouldn’t have any issues when refilling the reservoir.

As for the hose, it is coated with HydroGuard. That is one of the reasons why this reservoir delivers more water with every sip. But, the hydro guard technology also prevents the growth of bacteria, which is particularly important when talking about water containers.

And finally, the valves of the reservoir are also leak-proof. You can open them up with a flick of the thumb when you get thirsty, and then just easily close them when you no longer need the water supply. That allows you to treat your hydration pack like a regular pack, and toss it around without worrying about water spilling everywhere.

Shared Features Of The Rogue And Classic Hydration Packs

The two packs have some things in common, naturally. So, let’s see what those are first, and then we’ll move on to their respective differences.

On both of these CamelBak backpacks, the reservoir compartment is basically the main compartment of the backpack. You can easily access it by lifting the flap with the CamelBak logo. That will also expose the cap of the Crux reservoir, which you then refill or do whatever you need to do with it.

The downside of this compartment? It was designed and made to perfectly fit the CamelBak Crux reservoir. So, if you were planning to use to backpack with a different reservoir, you will have a hard time getting it to fit in the compartment. However, you will get the Crux reservoir with the backpack, so try to get used to it – for the ultimate hydration on the go.

There is an adjustable sternum strap on both of these CamelBak backpacks. Its main purpose is to ensure that the backpack stays on your shoulder at all times, and it is an indispensable design feature of all high-quality sporty backpacks.

So, what exactly is a sternum strap? Well, it is a strap that is attached to both shoulder straps, and that you are supposed to buckle when you are carrying the backpack. It will keep the shoulder straps in place, and ensure that one of them doesn’t accidentally slip off.

The back panel on both backpacks is made of mesh, which allows it to breathe. Since it is ventilated, it should keep your back cool and dry regardless of how fast you go.

Well, at the very least your back won’t be sweaty because of the pressure of the pack.

Ventilated back panels and harnesses are very important for sporty backpacks, and especially for ones that are meant for cycling. That activity is tiring enough on its own, and want to minimize sweating where you can.

So, both the Rogue and the Classic pack feature a tube trap on one of the shoulder straps. This will allow you to attach the hose of the reservoir to that strap so that you can always easily access it.

And, with the leak-proof valves, you don’t have to worry about water dripping on you. CamelBak really did think of everything when designing these hydration packs, and the only question that remains unanswered is which one has more advantages.

There are reflective materials that are integrated into the design of both of these backpacks. And basically, all accents that aren’t the same color as the main body of the backpack are reflective, which will definitely come in handy at one point.

This is particularly beneficial for all of you that like to go cycling in the evening or at night because they will help you notice your pack in the dark. Especially if you put it away somewhere, and then you need to pick it up again.

Both backpacks have a zippered pocket on the lower front part of the backpack. That is basically the main compartment for gear, particularly on the Classic backpack, since the Rogue has a few more storage compartments that we’ll talk about in a minute.

Both of the packs also have a mesh pocket in this compartment, for better organization. But seriously, it is really hard not to be organized when the storage space is sooo small. :>

The main difference between the two packs is that the Classic also has a key attachment clip in this pocket, and the Rogue doesn’t. So, that basically means that you will have to keep your keys and your phone in the same compartment, and I strongly advise against that. And that’s about it. Now we will move on to the features that are unique to the Rogue backpack.

CamelBak Rogue hydration pack is the bigger of the two, so it naturally has a larger gear capacity. In fact, it has a much larger capacity than the Classic pack, and all thanks to that pocket on the flap. But it also has a few other features that the other pack lacks and that is worth talking about, so let’s get to that.

One more external pocket. Can you believe that just because of this pocket, the capacity of the Rogue is 5 times more than the capacity of the Classic? So, if you would like to carry with you something other than your phone and wallet, the Rogue is the better choice for you. This compartment also holds the key attachment clip, which means that you can keep your keys separate from your phone.

A stretch front pocket. This is a very convenient addition, which I assume is also the reason for such a difference in the weight of the two backpacks. You can use this pocket to quickly stash your jacket or hoodie, which you can then just pull out of the pocket in a few seconds. But you can also use it for whatever you like; the important thing is that it exists!

An elastic pump loop. Yet another very useful addition, because you never know when you might need a pump. The Rogue pack will allow you to do just that, unlike the classic. The elastic loop is very cleverly positioned, and it’s right next to the straps of the stretch pocket.

Which CamelBak Hydration Pack Is The Better Choice?

I have to say that the Rogue is the obvious choice, in my opinion. It is only about $10 more expensive than the Classic, and you will get more compartments, which means that you will be able to carry more gear with you. And I really think that it is worth it to pay a few more bucks and get the larger capacity. In any case, it’s easier to then just not utilize the capacity than regret getting the smaller pack. 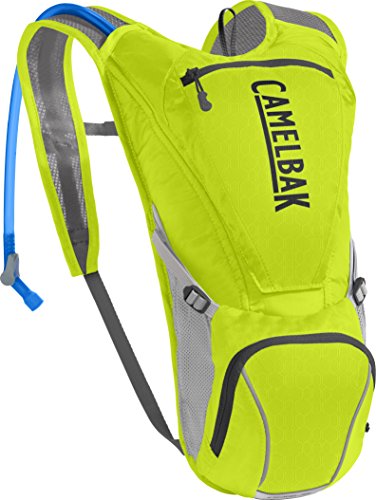 But the Classic is still a decent hydration pack. In fact, it’s actually perfectly suitable for hydration. The main problem I have with it is that it doesn’t offer much more than that. 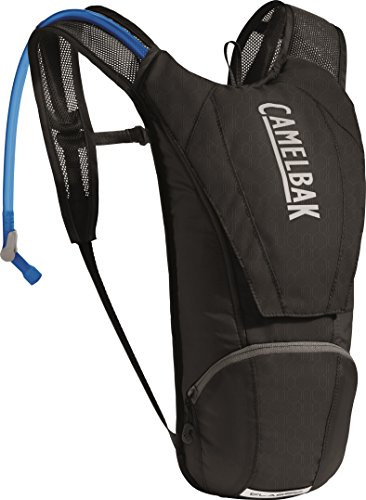 I strongly suggest that you go over to Amazon and check out the prices of these backpacks. And even if you get the Classic and regret it, Amazon offers free returns, which means that you can correct that mistake effortlessly. And if you don’t regret it, that’s even better!