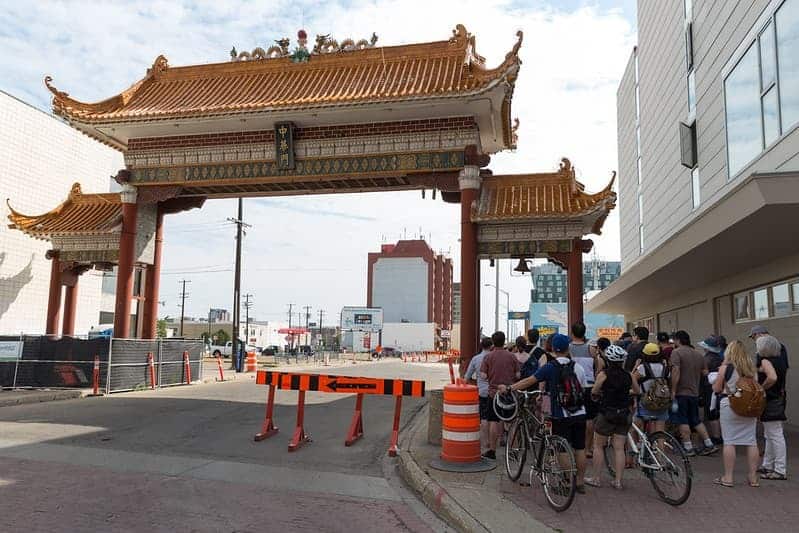 Chinatown, along with the adjacent Little Italy area, is part of a special business revitalization zone (BRZ) designated by the City of Edmonton. It also includes a significant Vietnamese population, and blends into the multicultural Avenue of Nations (107 Avenue).

Chinatown began with just a handful of Chinese men in the early 1900s. By 1920, the population had increased to over 500.

Chinatown and Little Italy is a business revitalization zone (BRZ), created by the City of Edmonton, roughly comprising the informal Chinatown and Little Italy ethnic enclaves in the city’s inner neighborhoods. The boundaries of the BRZ includes only the “commercial strips” within those enclaves, and the BRZ itself straddle’s the official neighborhoods of McCauley and Boyle Street.