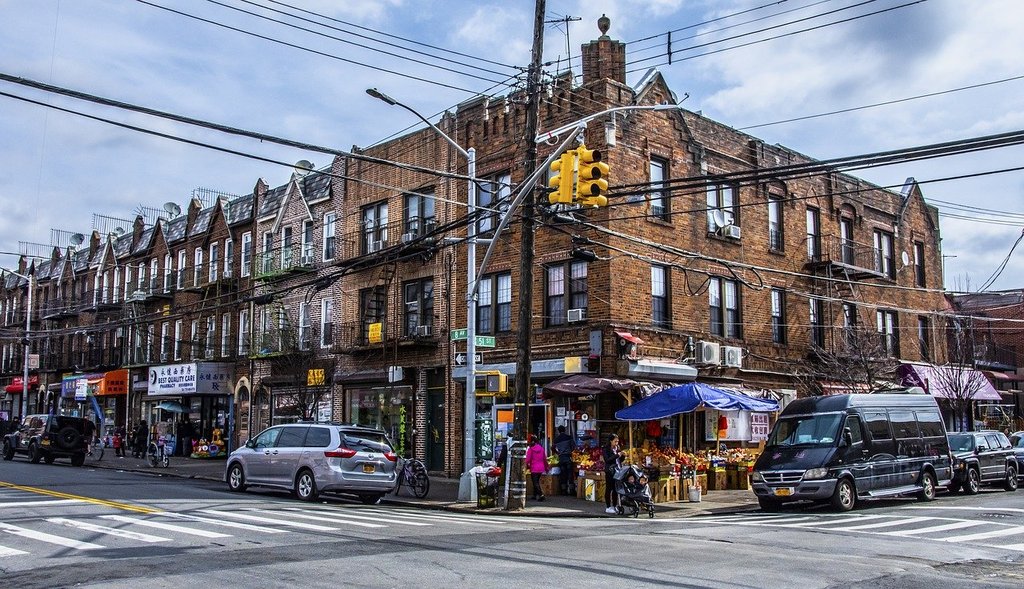 New York’s Chinatown is the largest of Chinatowns in the United States. They have the largest Chinese population and civilization on the western side of the hemisphere. Chinatown is located on the lower portion of Manhattan. It consists of two square miles of shops, homes, restaurants, and much more for the Chinese community. The population is estimated at around 70,000 to 150,000 citizens. This is the favored destination for Chinese immigrants coming to the United States. There are also citizens of other races and cultures living in the area in recent years as well.

Chinese immigrants began civilization in Chinatown around the middle of the eighteenth century. There were only small numbers of immigrants to start with. Moving onto the middle of the nineteenth century, even more Chinese immigrants moved to Chinatown in NY to settle with their families or to find work on the streets, for traders, or for sailors. Chinese miners began to arrive in doubled numbers because of the promised “gold mountain” in California. This was during the gold rush in the 1840’s. They were hired to build the Central Pacific Railroad as well during their immigration in the 1850’s. A lot of immigrants only arrived to work, earn money, and return to China with extra cash.

As the jobs decreased for Chinese railroad workers and miners, they began to pick up jobs in the tobacco rolling and textile factories. They were hired immediately due to their ability to work for lower wages and longer hours. The white population mobbed and raged against the Chinese workers who were taking their jobs, and drove them to larger cities. The larger cities held more job opportunities for the Chinese, and they blended in better with the diverse cultures of the larger cities. In 1880, the south east side of NYC, noted as the slums was home to over 300-1,000 Chinese immigrants.

Chinatown was largely supported of their own people in the Chinese community due to racial discrimination and self segregation. They created a structure internally which consisted of associations of governing for the community, businesses, offices, and such which supplied the people who health care, items needed for everyday living, food, and of course: jobs. Chinatown continued to increase throughout the ending of the nineteenth century. New Chinese immigrants were given contacts to board with when they arrived until they were on their feet. This sometimes placed 5-15 people to a two bedroom apartment. The apartment would then be divided into segments for everyone’s privacy. Even with the poor and cramped living conditions, Chinese immigrants continued to slowly expand. The even continued to arrive after the Chinese Exclusion Act founded in 1882.

The Exclusion Act against Chinese immigrants was to stop the immigration of the Chinese people who came over for freedom rather than work. This meant that the white population was outraged due to the willingness of the Chinese people to work for lower wages in worse conditions which in turn, left fewer jobs for the white population. The law went on to state that they forbid any naturalization by any Chinese person already in the United States, and this bars the immigration of any Chinese person not given a special work permit to work in the United States. The work permit must deem the individual a merchant, student, or diplomat. It also prohibits the immigration of wives and children of Chinese workers already living in the United States. The act continued to increase in restrictions throughout the coming years. The act was lifted during World War II.

There was a 40-150 male to female ratio in the 7,000 Chinese population of Chinatown, this started rumors throughout the white communities. It was then deemed a Bachelor’s Society, stating that there were opium dens with prostitutes and slave girls to the men in Chinatown. Due to the large amount of discrimination and antagonism from the white communities, the Chinese decided to create their own societies, associations, and governments within their isolated town. Their newly created underground society allowed laborers who were not documented to work illegally right on the blocks of Chinatown.

The organizations of the underground Chinatown’s government did it all. They arranged funerals, opened businesses, mediated disputes, as well as a number of other legal and important pressing matters for their civilization. Not only did they create this whole government, but they also created acts and laws that protected the less wealthy immigrants of their society. This does not go on to say that it was peaceful living in early Chinatown. It was far from it. There were clans of opposing members of Chinese people who believed in different views, the On Leong and Hip Sing Tongs. They would have bloody, raging battles throughout the streets. This left tourists, residents of Chinatown, and residents of surrounding areas in NYC afraid to visit Chinatown.

Once the act was lifted from Chinese immigrants, Chinatown began to increase in numbers again. They continued to expand, slowly, throughout the 1940’s and 50’s. The Chinese continued to be paid lower than minimum wage under the table in horrible conditions for long hours for thousands of immigrants seeking work. A large portion of Chinatown’s Chinese immigrants came from the mainland, and became viewed as the “downtown Chinese.” They should have been viewed as the “uptown, educated Chinese.”

In the late 1960’s, without an immigration quota to abide by, the population boomed. Chinese immigrants flocked into Chinatown from the mainland. They expanded Chinatown much further than it started, taking over parts of Little Italy. They would purchase buildings and apartments to turn into businesses selling garments and goods using cash. They started receiving foreign investments from Hong Kong, this makes Chinatown one of the biggest and hottest commodities when it comes to living, immigration, and small societies that are self structured.

The buildings in Chinatown today are the same buildings built throughout the eighteenth and nineteenth centuries. Rent on some of the apartments and store fronts in Chinatown are some of the highest rates in the city due to their new building of luxury housing throughout their community. The buildings in Chinatown are now tightly packed in together, but the blocks have expanded to add more room for the constantly growing Chinatown. New York Chinatown is now home to the majority of Chinese immigrants and a key point for tourists from all over the world. The town houses hundreds of stores, restaurants, and markets for the residents and tourists who pass through.