As the second-largest continent on the planet, Africa is home to some very impressive lakes. Most of the major lakes are situated in the southern portion’s East African Rift Valley which also boasts the continent’s most magnificent mountains including Kilimanjaro, Africa’s highest mountain.

The Great Lakes of Africa, a system of deep lakes are also found in the Rift Valley. These lakes aren’t as huge as the ones in North America, but they’re nonetheless dramatic and diverse. Since Africa is made up of about 54 different countries, many of the lakes share borders with one or more countries.

Although average and maximum depths vary, these are the six deepest lakes in Africa.

At 673 kilometers Lake Tanganyika (418 mi), holds the title of the longest lake on the planet. It’s Africa’s deepest lake and the second-deepest in the world at 1,479 meters ( 4,823 ft). Only Russia’s Lake Baikal is deeper. Dating back to 13 million years, it’s one of the world’s oldest lakes as well. This enormous African lake straddles the border of Tanzania, Zambia, Burundi, and Congo DR.

With its warm, azure waters, Lake Tanganyika is popular for scuba diving and snorkeling. The lake is a biologically unique habitat supporting about 300 species of fish, some of which aren’t found anywhere else in the world.

Visitors also enjoy a variety of watersports from swimming to boating and sailing. Bird and wildlife watching at Tanganyika are excellent. Expect to spot Nile crocodiles and Zambian-hinged terrapins. 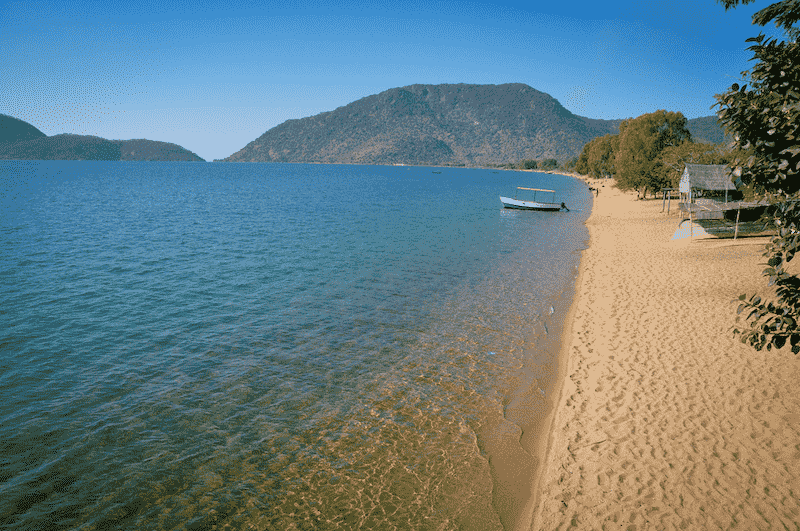 Lake Malawi is part of the Great Lakes system lying within the East African Rift. At 706 meters (2,316 ft), Malawi is Africa’s second deepest lake. It Straddles the countries of Malawi, Mozambique, and Tanzania and is the third-largest lake on the continent covering 29,600 square kilometers.

This African lake is home to more types of fish than anywhere in the world with approximately 1,000 species. It provides an income for several fishing villages around the huge body of water. International tourists come to the lake for its tropical feel, warm, aquamarine waters, and palm-lined beaches. A national park has been established in the Malawian section.

Lake Edward is the 15th largest lake in the world and the smallest of the African Great Lakes. It’s located on the border of Uganda and the Congo just a few kilometers from the Equator. This lake has a maximum depth of 112 meters ( 367 ft). It lies entirely within either the Virunga National Park or the Queen Elizabeth National Park and is fed by the Nyamugasani, Ishasha, Rwindi Rutshuru rivers.

The Lake was first named Beatrice Gulf by explorer Henry Morton Stanley who discovered the lake in 1875 and thought it was a part of Lake Albert. In 1888 he visited the lake a second time and realized it was an independent lake. The name was changed to its current name in honor of Prince Albert Edward who later became King Edward VII.

The local residents in the area take advantage of excellent fishing in the waters of Lake Edward. It’s teeming with a variety of fish species. 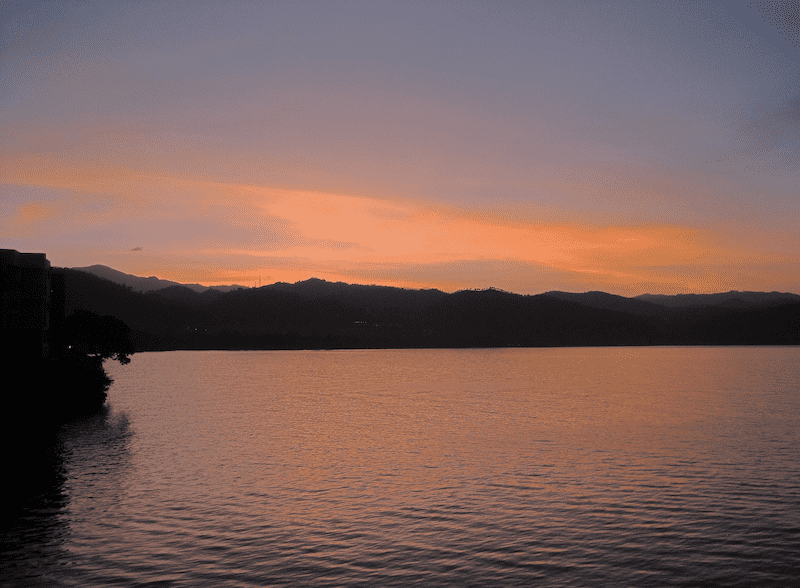 Also a part of the African Great Lakes, Lake Kivu comes in third for depth at 485 meters (1,575 ft). It’s located in Central Africa on the border of Rwanda and the Democratic Republic of the Congo. Although much of the lake is in the Congo, most visitors experience the lake on the Rwanda side, especially at lodges and hotels along the beach in the town of Gisenyi.

Visitors enjoy swimming, kayaking, and stand-up paddleboarding. The Lake Kivu Serena Hotel with a background of the Virunga Volcanoes is a popular place to stay. The Congo Nile trail also begins here.

Lake Kivu empties into the Ruzizi River flowing to the south into Lake Tanganyika. The lake is home to over 30 species of fish including Lake Rukwa Minnows, various kinds of catfish, and the Tanganyika sardine, a popular dish for the locals.

Sprawling over Kenya, Tanzania, and Uganda, Lake Victoria is the largest inland lake in Africa area-wise covering 68,800 square kilometers. It’s also the second-largest freshwater lake in the world. The average depth is 84 meters (276 ft). Named in honor of Queen Victoria, it is one of the Great Lakes of Africa.

Two popular attractions lie within the Lake Victoria Basin: the Rubondo Island National Park and the stunning Ssese Islands, an archipelago made up of 84 islands. Outdoor adventurers and nature lovers often visit the lake as a side trip from the nearby safari game reserves in Tanzania and Uganda.