Filipino Drinks You Have To Try

Most drinks that are popular in the Philippines are either made with fruits or locally-produced alcohol. Soft drinks, fruit shakes, slushies, and cocktails are all on the menu, so keep reading to see all the different Filipino drinks that you have to try when you can! 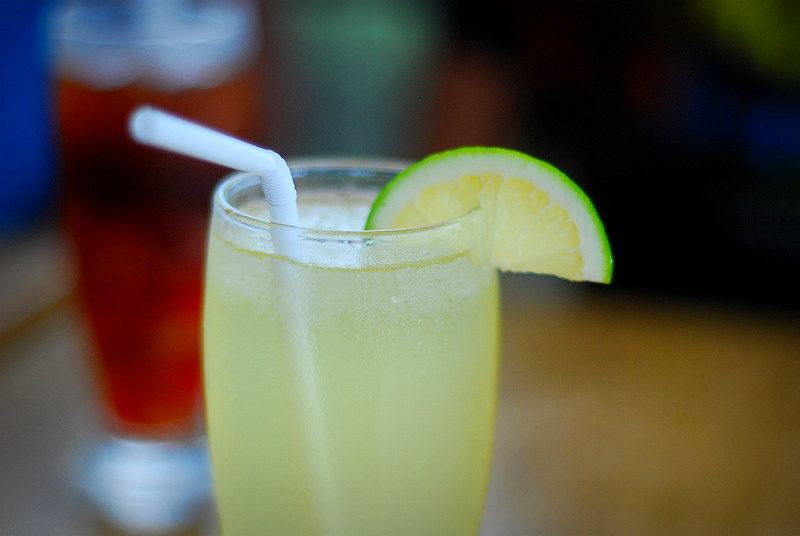 Calamansi juice is one of the most popular Filipino drinks. It’s a type of lemonade that is made with Calamansi, which are local fruits commonly known as Philippine lemons. The fruit juice has a sweet and sour taste because the citruses are mixed with honey and sugar.

It’s worth noting that calamansi juice is very acidic, and drinking copious amounts of it could be very tough on your stomach. The drink is best consumed cold, and it’s recommended that you don’t drink too much of it on any given day.

Iskrambol is a milk-based slushy drink that is very popular in the Philippines. It’s usually made with condensed milk, crushed ice, banana extract, and topped with a wide variety of ingredients. This is one of the most popular Filipino drinks in the warmer months, thanks to the copious amounts of shaved ice in Iskrambol that make it very refreshing.

This is such a popular drink in the Philippines that it’s sold by most street food vendors throughout the country. Considering just how much of Iskrambol is consumed in the Philippines every year, it’s a good thing that the cold drink has several health benefits, owing to the healthy ingredients.

Most of them come from skim powdered milk, which contains vitamins D and A, proteins, and calcium. Also, since shaved ice is the key ingredient in Iskrambol, and the other ingredients are basically just food coloring, flavor extract, some syrup, and sprinkles, the popular slushy is very low in calories.

Kapeng barako is a type of coffee grown in the Philippines. The coffee bean is mostly grown in the Cavite and Batangas provinces, and it’s one of the most popular local drinks in the country. The coffee has a very strong flavor that is similar to that of aniseed, so it’s not that surprising that its name (barako) translates to stud.

Barako trees are among the largest commercially cultivated coffee trees in the world, but this only makes them that much more difficult to grow. In fact, the trees are even considered endangered, because they don’t produce enough beans to meet the demand.

Kapeng barako is a staple in any Filipino breakfast, and you can find it anywhere in this tropical country. The coffee is traditionally sweetened with brown sugar, which helps improve its taste a bit. 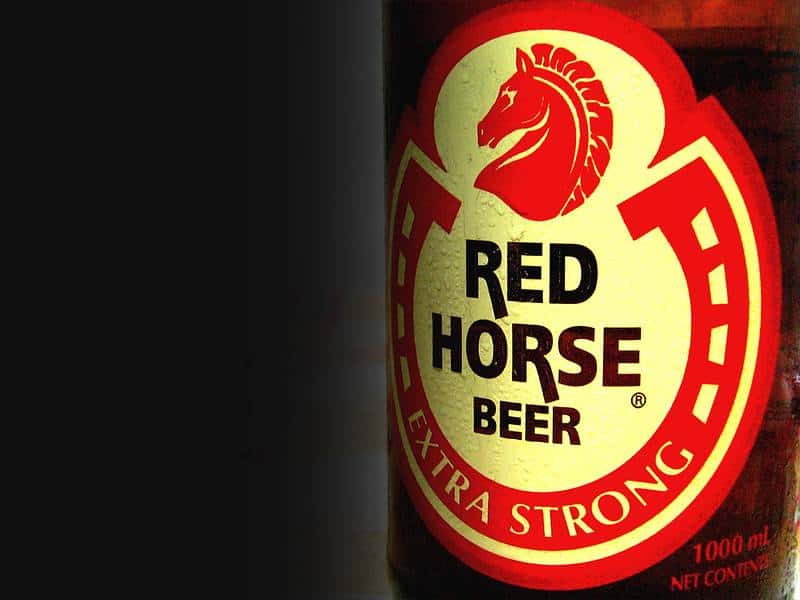 Red Horse is a lager, and it has a full-flavored taste with a distinctly sweet flavor. It’s a very smooth beer and out of all the Philippine drinks, this one has often the most international awards.

It’s worth noting that San Miguel Brewery makes lots of other beers as well, but out of all the different Filipino beers, Red Horse remains the favorite among the locals.

Emperador is a brand of brandy that is locally produced in the Philippines. It’s one of the most popular alcoholic drinks in the country, as well as the top-selling brandy in the world, in terms of quantities sold.

Emperador brandy was first launched in 1990, and it was the first brandy label to be produced in the Philippines. Since then, the company has expanded both its product line and its market reach, so nowadays there are several different alcoholic beverages under the Emperador brand that are sold in many countries all over the world.

Salabat is the Filipino name for ginger tea, which is another one of the popular Philippines drinks. It’s made with ginger, hot water, and honey, and it’s one of the many Filipino drinks that have great health benefits.

Filipino salabat is often considered a cure-all drink for various illnesses, including colds, cough, sore throat, and upset stomach. Because of that, it’s usually made in big batches, and cooked for 15-20 minutes.

In addition to the staple ingredients, turmeric root and cinnamon powder are also often added to the Filipino ginger tea. 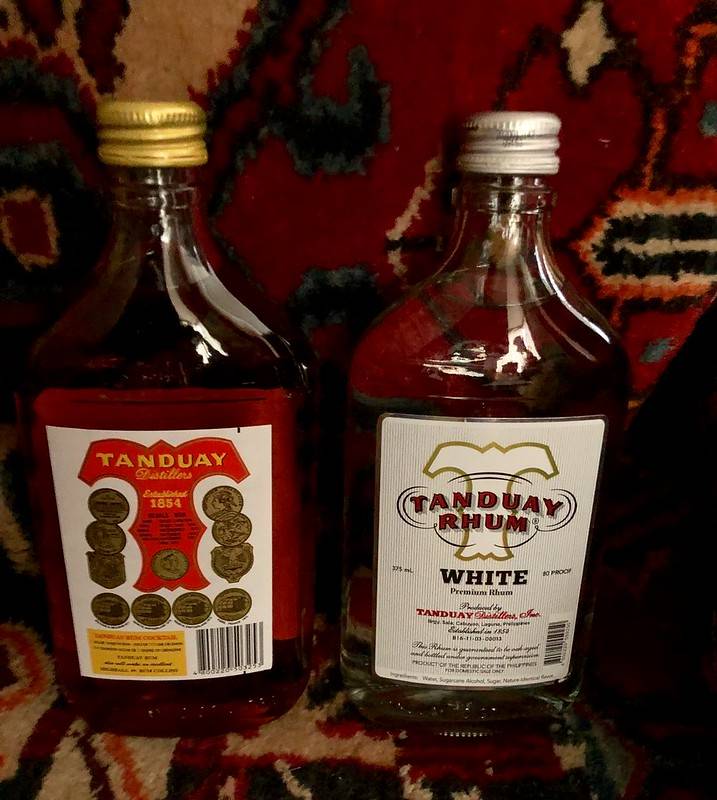 Tanduay Rum is a Filipino brand of rum that has a rather rich history of more than 160 years. But it’s not just a popular brand in the Philippines – Tanduay is the largest brand of rum in the world, so chances that you’ve already tried this popular Filippine drink are pretty high.

Since this is one of the most popular alcoholic beverages in the country, it’s not surprising that rum is usually the staple alcohol in a Filipino cocktail. In fact, most cocktails in the Philippines are made by mixing rum with fruit juices and other alcoholic drinks, and there are only a few cocktails that are popular in the Phillippines that do not use rum at all.

Gin Pom is the perfect example of a rare Filipino cocktail that can be made without their famous rum. But that’s only because gin is enormously popular in the Philippines – it’s estimated that about 40% of all the gin consumed worldwide is consumed in the Philippines!

Gin Pom is made with water, pomelo juice, gin, and crushed ice. There are several local brands of gin that can be used for this cocktail, and even the San Miguel Brewery, which produces the iconic Filipino beers, has its own brand of gin.

Gin Pom Pi is a version of this cocktail that is made with a few more ingredients – it uses pomelo-infused gin, cucumber juice, honey, and fresh calamansi juice. The cocktail is also garnished with pomelo fruit, and it’s a bit darker in color than the classic Gin Pom.

Buko salad drink is another one of the popular Filipino drinks that you should definitely try if you get a chance. Buko is a green, immature coconut, so pretty much everything made with buko juice will have a distinct coconut flavor. It’s called a salad drink because it’s served with small cubes of jelly, so you have something to eat and drink at the same time.

This specific drink is made with buko juice, evaporated milk (coconut milk can be used alternatively), condensed milk, coconut meat, tapioca pearls, gulaman, and food coloring. It’s worth noting that gulaman is a type of jelly that is popular in the Philippines, and preparing different colors of it can be a bit time-consuming. 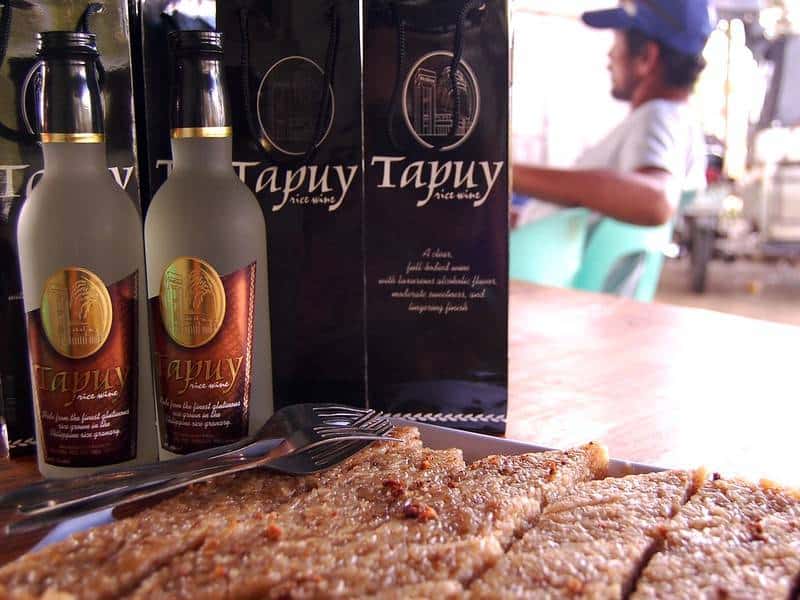 Tapuy is a kind of rice wine that is produced in the Philippines. It originates from Mountain Province and Banaue, and it’s most popular in those regions. The rice wine is often served for special occasions, such as fiestas, weddings, and rice harvesting.

The wine has an alcohol volume of 14%-19%, so it’s slightly stronger than traditional grape wine. Tapuy has a full-bodied flavor with a rather strong alcoholic taste, and it is moderately sweet. It doesn’t contain any preservatives that are the main reason why we get hangovers, so it’s probably the best Filipino drink to try if you want to avoid feeling groggy the next day!

Taho is actually a popular Filipino food, but it has a rather liquid consistency and most people just drink it because it’s more convenient. It’s made with silken tofu, sago pearl, and brown sugar syrup, and it is a staple comfort food in the Philippines.

The consistency of tofu is very similar to that of fine custard, and the sugar is usually caramelized and mixed with water to create a syrup-like consistency. Other flavors are sometimes added to the drink, and you’ll find lots of options at most Taho peddlers throughout the country.

Taho is usually served warm or at room temperature, which allows the ingredients to melt quite a bit. That’s why you can usually just drink it, even if it’s not a traditional drink.

Tuba is a popular Filipino drink that’s common in other countries as well but under different names. It’s actually coconut wine, made by fermentation of sap that is taken from coconut (and other kinds of palm) trees.

To harvest the coconut sap, one must climb a coconut tree, cut into the inflorescence, and tie a gallon to it. This person is called the Tapper, and to produce authentic tuba, they must collect the sap from coconut trees twice a day.

When the sap is consumed immediately after harvest, it has a very sweet taste and the alcohol content is very low. But that’s not usually how this local drink is consumed – the sap is left to ferment for a few days, which allows it to turn into acid. The sap can also be distilled and turned into a type of coconut vodka, which is locally known as Lambanog.