The SuperBreak is the most popular JanSport backpack ever. It's an awesome everyday backpack because it's lightweight and sleek. And since it's really affordable, it's pretty much the best backpack for school you can get.

I'm not just saying this - thousands of different customers have fallen in love with this pack and their reviews will confirm it. So, if the SuperBreak is so popular, what about the Spring Break? Well, it's pretty much just a smaller version of the JanSport best-seller.

In this review, we'll compare the two packs to see what other differences there are between them. If you're not sure which one is the better fit for you, we're here to help you figure that out!

I want to tell you about the differences first, since there aren’t many of them. And since the biggest difference between these JanSport packs is their size, that’s what we’ll check out first.

Size Of The Backpacks And Their Specs

I generally prefer to tell you about the specs of backpacks first, so it’s a good thing that that’s one their main differences! Let’s take a look at the JanSport backpacks side by side, and we’ll talk about which one is the better fit for you:

As you can see, the two backpacks aren’t drastically different, in terms of their sizes. The SuperBreak is about two inches taller and deeper and that’s it. Of course, there’s also a difference in the packs’ capacities and their weights; the Spring Break’s capacity is 4 liters smaller, and the pack weighs just an ounce less than the larger JanSport pack.

Now, if you can’t really decide between the two, I think the other difference that we’re going to talk about will help you make up your mind. But here’s my two cents on the importance of this particular feature: the smaller backpack is a better fit for people who generally carry less stuff with them. Be it school, work or the gym; if you’re not going to use the entire 21 liters of the Spring Break, then you certainly don’t need the 25 liters of the SuperBreak.

In addition to that, I would say that the smaller pack is also a better fit for people with more petite bodies. For one, it will fit you better and it won’t be as heavy when it’s fully packed. And one more thing; the smaller pack will look better on you.

To sum this up, you should go for the SuperBreak if you if you really need its larger capacity. But, 2018 is the year of the miniature backpack trend, and if you want to follow it as least a little bit, then consider getting the Spring Break. :> 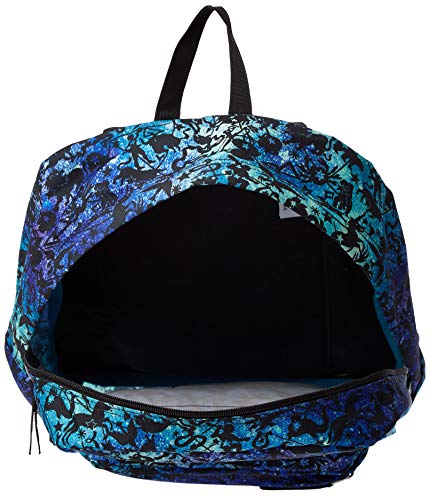 If you don’t care about trends and you’re fine with either size of the pack, then this is the feature that’s going to help you decide. In the favour of the SuperBreak.

​Why? Because the larger JanSport backpack has a 2/3 padded backpanel. Which is important because it means that the Super Break will feel softer on your back and more comfortable to wear.

And comfort is something that you should always prioritize (at least in my eyes). This is pretty much the only reason why I think that the larger JanSport backpack is ultimately the better choice. The lack of padding on the Spring Break means that you will ultimately feel the contents of the pack while you’re wearing it. And if you decide to put something bulky or pointy inside it, there’s a good chance that it will poke you in the back, and I don’t think you want that, right? (ouch!)

Shared Features Of The Backpacks

These two backpacks don’t really differ that much so they have more shared features than you’re think. They’re pretty much the same in terms of storage and organization, so let’s talk a little bit about that. 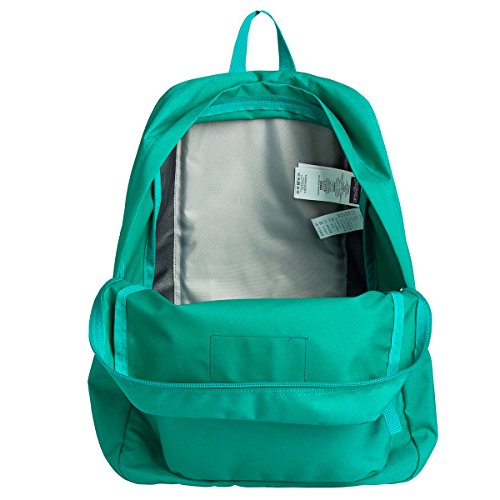 Both of these JanSport packs have a single main compartment, which is pretty spacious. But the main compartment is pretty bare - it's not lined, and it doesn't have a laptop sleeve or even a single pocket inside it. So, in terms of organization, neither of these two is perfect.

I would have loved at least one pocket inside, so that you can keep your phone of wallet inside it. Or, at least some sort of a divider inside the pack, which would allow you to separate the books from the notebooks, or whatever you actually use it for. I'm sorry JanSport, but the organizational features of both of these packs are kind of disappointing. You might not have a single internal pocket, but hey - at least you get a front utility pocket on both of these packs. There's an organizer inside this pocket, which has two slots for your pens, and a slightly larger slip pocket for your phone or something that's of a similar size.

This pocket is pretty spacious on both packs, and there will be space for stuff you don't put inside the organizer. Overall, it's a useful addition which improves the organizational features of these JanSport packs. 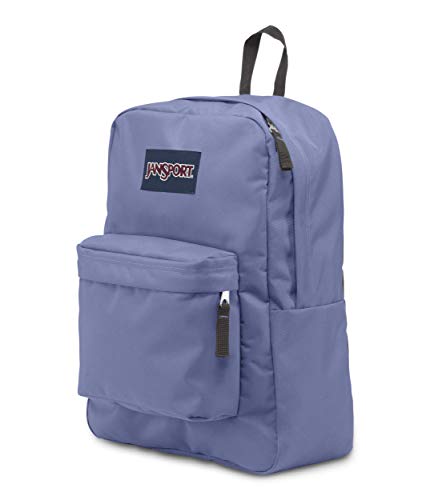 Even though the Spring Break pack doesn’t have a padded backpanel, it does have padded shoulders straps. So does the Super Break. Additionally, the straps on both packs are completely adjustable, so you will be able to make them fit (almost) perfectly. I really like the fact that JanSport included some padding in the shoulder straps – this will prevent them from cutting into your body, and they definitly enhance your overall comfort.

Then there is also a web haul handle on the top of both backpacks, for when you don’t really need to wear them but just want to quickly pick it up. It’s a pretty sturdy handle, and you don’t need to worry about it breaking off or ripping. After all, JanSport is known for the quality of its products.

Overall, these two packs have more shared features than differences. So, whichever one you choose you’ll be fine.

Both packs have a single main compartment and a front utility pocket with organizer, and they’re exactly the same in terms of organization. But in terms of capacity, the SuperBreak is slightly larger than the Spring Break, so there’s that.

I would definitely recommend you go for the Super Break if you don’t mind its larger size. This particular backpack has some padding on the backpanel, and it will be much comfortable to wear. Especially if you carry a lot of items in it. 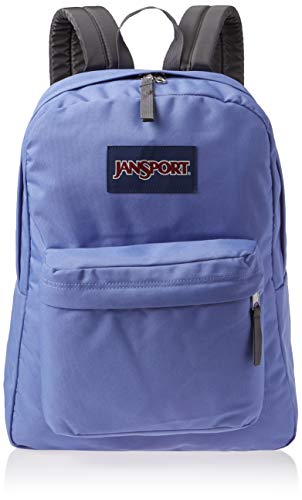 On the other hand, the Spring Break is a better fit for people who have smaller bodies, or just teens and children in general. It’s not drastically smaller than the SuperBreak, but the fact that it is two inches shorter and shallower does make a difference. 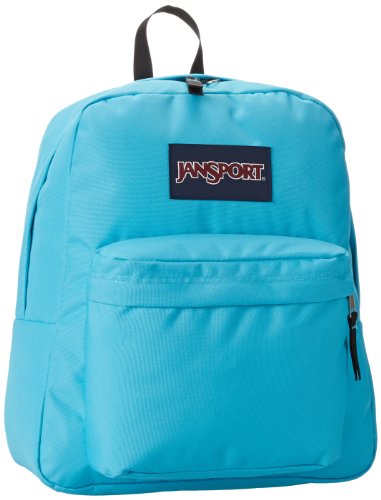 The good news is that whichever pack you decide to get, you will have plenty of colors to choose from. But, if you really want variety then definitely check out the SuperBreak – it’s available in dozens of different designs and solid colors, and you might actually have a hard time choosing.

So, head over to Amazon – check out the different designs of the packs, as well their prices. That might just be the factor that finally helps you make up your mind. :>