The History of Kimmswick 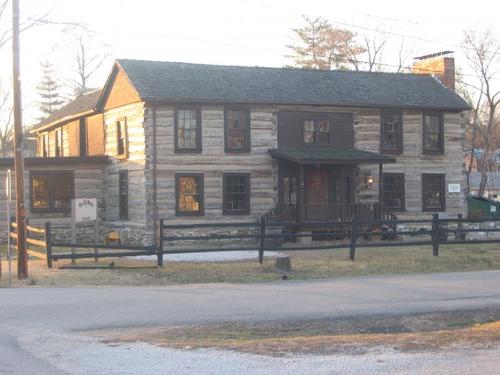 Kimmswick was founded by Theodore Kimm in 1859. A successful St. Louis dry goods merchant, Mr. Kimm moved to Jefferson County in 1850 and purchased a large tract of land, extending West and crossing what is now Highway 61-67.

A native of Brunswick, Germany, he probably named the town he founded after himself and his birthplace by combining the words into “Kimmswick”. Our definition of the word “wick” means a town or a village. Or maybe he knew that a salt works had been established in the area before 1779 by Thomas Jones, and that another definition of “wick” is a salt-spring or brine-pit. However, hostile Indian raids had put an end to that early salt works endeavor 70 years before Mr. Kimm arrived.

In the late 1700s the Mississippi River provided a wide highway and was the easiest way to travel. Inland trails were those of wild animals and Indians. The Spanish had used these trails on their way upriver from New Madrid and Ste. Genevieve to St. Louis. They called the route El Camino Real. It is the oldest road in Missouri and passed near what would become Kimmswick. To mark the route, a red granite boulder was erected by the Missouri Daughters of the American Revolution in 1917. The marker can be seen on the East bank of Rock Creek, 30 feet back from Highway K and ¼ mile before entering Kimmswick. Many goods were hauled over El Camino Real by two-wheeled ox carts and later by wagons.

Spanish control of this land was relatively brief, from late 1762 until 1801, officially. Then Napoleon Bonaparte, by treaty, re-acquired the land from Spain. Only two years later he sold the French lands West of the Mississippi River to the United States government during the Presidency of Thomas Jefferson. By March of 1805 the Territory of Louisiana was organized by Congress and Captain Meriwether Lewis, of the famous Lewis and Clark Expedition, was appointed Governor in 1807. An official act of the legislature was an order to widen the old road, Rue Royale to the French and El Camino Real to the Spanish, by removing trees to a width of 25 feet.

An early settler here was Captain George Washington Waters from Massachusetts. Upon graduation from the Military Academy at West Point, he was sent to Jefferson Barracks, outside of St. Louis. Later he was appointed Jefferson County Surveyor. From this position, he was able to purchase on the courthouse steps for the sum of $20.00 a large portion of the Labarge land grant. It was from Captain Waters’ Family that Theodore Kimm purchased land on October 4th, 1850.

The St. Louis Iron Mountain and Southern Railroad came through in 1858 and a stream of settlers, tradesmen and farmers came with it. In those early years Kimmswick flourished with an iron forge, grist mill, limestone quarries, brewery and large greenhouses that shipped fresh flowers to St. Louis.

Mr. Kimm laid out his town in a grid pattern of blocks subdivided by lots and alleyways. He sold vacant lots and even built some houses and sold them on trust deeds to encourage many tradesmen to settle in Kimmswick. By 1876, Kimmswick was the second largest town in size in Jefferson County

There were several hotels, saloons, mercantile stores, a lumberyard, a slaughterhouse, butcher shops, a bootery, a jewelry store, a barbershop, a drug store, doctors, a blacksmith and three schools, one for whites, one for blacks, and the St. Joseph Catholic School that is still here today.

The post office for the area was located in Kimmswick in 1858 with Mr. Kimm serving as the first postmaster. Mail arrived five time a day. Four trains going North and five trains heading South stopped each day.

In 1872, Mr. Kimm retired at the age of 61. At an auction, all the unsold lots in town were offered for sale. Mr. Kimm dedicated to the inhabitants of the town an area at the corner of Third and Market Streets to be used as a public market place. He set aside a portion of a block for a public park, Jefferson Square, it will be on your left as you enter the town. He also gave an acre of ground on the western limits of his holdings for a city cemetery.

After the property sale, Mr. and Mrs. Kimm traveled to Europe, returning to St. Louis for visits. Mrs. Kimm died in St. Louis in 1876 and was buried in the park, Jefferson Square, besides their only child, Ernest Peltzer-Kimm, who died at the age of 9 in 1853.

Mr. Kimm continued traveling and according to one newspaper account made 29 crossings of the Atlantic Ocean. In a March 17th, 1886 newspaper column was this reference: “Theodore Kimm, our old and esteemed friend and the founder of our town, died in Switzerland on the 5th of February last.”

In the years of the late nineteenth century, there was still adequate and frequent public transportation to Kimmswick.

On the North end of town was Montesano Springs Park, a large amusement park owned by the Columbia Excursion company, which attracted visitors by the thousands. Arriving by steamboats such as the “Providence” or the “J & S” and by trains, a 21 mile ride from St. Louis, the people came to partake of the mineral waters from the 14 springs within the park. The water was bottled and shipped as far away as New York.

You can still get to Kimmswick by riverboat, check out our “Kimmswick Riverboat Cruises” section for more information.

In the park was a hotel and restaurant, a dance pavilion, a boating lake, a merry-go-round, a roller coaster, pony track, bowling alleys, a shooting gallery, “Herr Bismark’s Tent Show”, and other attractions.

Photographer, Leo Ritter, had a studio in the park. Many of his photographs and tintypes show scenes of activities in the park. The last records show the park closed in 1918.

You can still get a tintype photo taken in Kimmswick at the “Paddlewheel Old Time Photo” shop. Check out our “Shopping” section for more information.

John O’Heim ran a beer garden call Kimo-Garden in Kimmswick that contained a mineral spring. He bottled and sold the water under the name “Uncle John’s Health Water”. Tax records in 1895 show that merchant licenses were issued to the “Rising Sun Tea Company”, peddler “Banana John”, and to the “Kickapoo Indian Medicine Show”.

Tax records also show that several showboats came to town many times over the years. “The Cotton Blossom”, “Greater New York”, “French’s New Sensation”, “Water Queen”, and W.R. Marlin’s “Golden Rod” were some that came frequently. The last showboat to appear at Kimmswick was the “Hollywood Showboat” on May 3rd, 1933.

The early meetings of the Town Board took place in the public school or the National Hotel. Through the years many discussions and plans arose to build a City Hall and Jail, but all came to naught. The Town Marshall did not seem to have any problems until May 31st, 1897 when he presented a bill for a pair of handcuffs he needed. A City Hall with 2 Jail cells was built in 1903. Kimmswick had its own volunteer fire department until March 31st, 1940 when they paid the Arnold Fire Department for protection. The last fire truck was sold on September 29th, 1941, for $100.00.

Eight new gas lights for the streets were purchased on August 10th, 1910 for $6.00 each. Two brothers, Mike and Alois Ziegler, were paid to light them each evening. It wasn’t until January 3rd, 1921, that the electric street lights were installed.

The Kimmswick Marching Band was a volunteer group and many photographs survive showing them in their smart uniforms. The Woodman Hall at the corner of Third and Elm Streets was torn down sometime during the 1950s but many can remember the great dances held there for so many years. Baseball Ball games were the favorite sport of summer and Kimmswick’s team was very active, playing all the teams from surrounding towns.

On August 27th, 1917, Kimmswick got its first speed limit on autos – 8 miles per hour and fines of not less than $25.00 and not more than $100.00. On September 9th, 1917, a reward was offered for information on the person responsible for tearing down the speed limit signs. The last hitching posts were removed from the city streets on November 4th, 1927.

As the automobile became the preferred mode of transportation and new highways were built which passed the town by, life and activities in Kimmswick changed dramatically. The River Boats and passenger trains no longer stopped. Businesses moved to flank the new Highways and the town was almost forgotten.

Many old buildings were torn down, such as the National Hotel and the Woodman hall. It was the glaring loss of these historic buildings that generated in the mind of Lucianna Gladney-Ross the idea of the restoration project. In 1970, the restoration began, with several of the old homes being renovated, and many more to follow.

A unique feature of this renovation project can be seen on the block bounded by Second, Elm, Third and Oak Streets. Old log buildings from throughout St. Louis County and surrounding areas were dismantled, their logs numbered and re-assembled in Kimmswick so that they too might be preserved. One of these is the “Old House Steak House” serving Lunch and Dinner daily. Check out our “Dining” section for more information.

In Memory of Lucianna Gladney-Ross 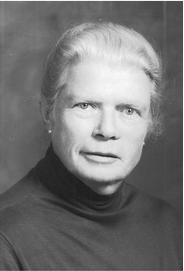 Mrs. Lucianna Gladney-Ross, heiress to the 7-UP fortune, was the driving force behind the preservation of Kimmswick. Without her love for the town, Kimmswick as we know it would never have been possible. It was her vision and guidance that preserved Kimmswick for the thousands of people from around the world who visit here every year and see her work first hand.

In the 1970’s, with many of the old buildings in Kimmswick being torn down or falling down, such as the National Hotel and the Woodman hall, it was the glaring loss of these historic buildings that generated in the mind of Lucianna Gladney-Ross the idea of restoring Kimmswick. The restoration began with several of the old homes being renovated and re-purposed into quaint shops. This plan worked quite well and many more homes and buildings followed.

A unique feature of this renovation project can be seen on the block bounded by Second, Elm, Third and Oak Streets. Old log buildings from throughout St. Louis county and surrounding areas were dismantled, their logs numbered, and re-assembled in Kimmswick so that they too might be preserved for future generations.