One of the biggest drawbacks of the Mavic pro is that it sits so low to the ground.

Ok, it packs insanely small as a result, but taking off from uneven ground or taller grass ​is a pain in the butt.

That is why you need to buy some landing gear for your Mavic!

Less likelihood of a crash when you land, or damaging the props.

​Only yesterday I was out in a local park and the trail I wanted to land on was not suitable for the Mavic!

Now that you know why​ you need landing gear, which one should you buy?

The Best Landing Gear For Your Mavic Pro

There is a lot of choice when it comes to landing gear because it is so damn easy to produce.

So, in this review I am only going to cover the ones worthy of your attention.

Most of them simply attach to the front and rear legs. Although there is also the option to prop up the rear of the body too.​

The most popular landing gear on Amazon is the FSL Landing Gear.

Giving you a full 1 inch of extra ground clearance, this is a welcome addition to the Mavic Pro's height.

Super easy to attach and remove, the front gear attaches to the legs and the rear gear to the body Aside from the landing gear, you also get some little protector pads to stick on the bottom. Which is not entirely necessary, but adds a bit more absorption to the bottom for landing.

All in all it's a pretty simple piece of gear, and super easy to use. Also super small so will fit easily into whatever bag you choose for your Mavic.

Check out the video below to see them in action.

Video Showing the FSL Landing Gear - And How Easy It Attaches

Almost exactly the same product and design is available from Philonext on Amazon too. The price is almost the same too (give or take a few bucks).

It gives the same one inch extra or so clearance, is also super easy to install and remove. Not much else to say about these guys. Cheap, effective and worth the investment to protect your drone in rough terrain.

Also easy to pack away and carry in your Mavic Pro bag.

The guys at Polar Pro make some nice landing gear but quite a few reviewers complained of the back legs getting scratched because of the way the rear gear clips on. They do seem to give you more clearance though, so that is an options to consider.

Either of the two sets of landing gear will do the job of raising your Mavic off the ground (and inch or more) for peace of mind and easier landing.

Not only that, they are all under $10 bucks so you can hardly go wrong!​

Track or Find Your Drone – Always 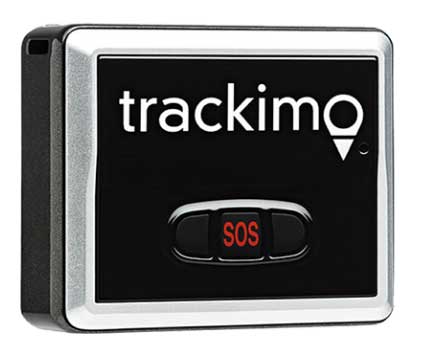