Merax Travelhouse Luggage Review: All You Need To Know

Interested in the Merax Travelhouse luggage sets but aren’t sure if they are any good? Well, we can tell you that, and pretty much everything else you should know about them!

So, if you are trying to figure out if a Merax Travelhouse luggage set is a good choice for you, you are in the right place!

About The Merax Travelhouse Luggage Sets 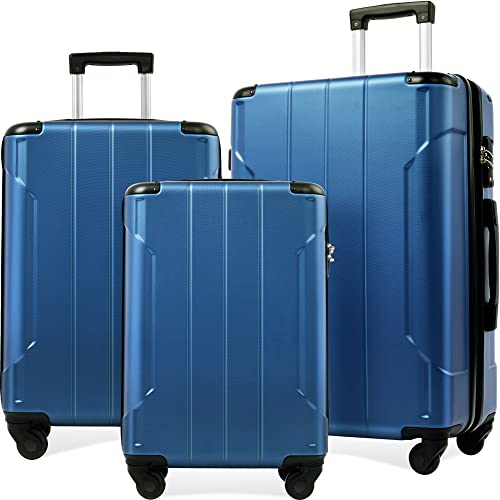 In this review, I will show you two Travelhouse luggage sets from Merax. Both of them are pretty popular with travelers, include three suitcases, and are really affordable. Check out the main specifications of suitcases from both these sets.

As you can see, both sets feature a 20”, a 24”, and a 28” suitcase. But they are not really the same size – the luggage in the Expandable set is actually smaller than the luggage in the Mixed Color set. And that is actually because the packing compartment on the colorful suitcases is larger, meaning that you will be able to fit more stuff in those suitcases.

There are also weight differences – the smallest suitcase is actually lighter in the Expandable set, but the other two are not. They are significantly lighter in the Mixed color set, even though the suitcases themselves are larger. So, if you would like to get the most lightweight Travelhouse set, I recommend the second one.

There are a few more things that differ between these suitcases, so let’s talk about that!

The two sets are really similar, but they are some features that are not exactly the same.

So, I will tell you about those first, and then I will move on to the features that are identical on both Travelhouse luggage sets.

One of these sets has an expandable capacity, and the other doesn’t. You can expand the capacity of the suitcases by an additional 25%, which is really convenient.

So, if you think you can benefit from this feature, definitely go for the Expandable luggage set. Just bear in mind that it’s really easy to over-pack an expanded suitcase, so be sure to weigh it before you leave the house (if you plan to check it at the airport).

Here’s the thing – both luggage sets feature locks. However, neither is a specifically TSA-friendly lock. You can see what that looks like (when it is) in the top part of the above photo.

This is really important if you often travel to and from the USA, because of the TSA agents. If they randomly choose to inspect your suitcase, they can easily open it up without breaking anything if it has a TSA lock. But if it doesn’t, they will open it up forcefully, and most likely trash your suitcase in the process.

The lock on the Expandable set is not (supposed to be) TSA friendly.

However, some travelers who own this luggage said that their suitcases were opened by the TSA and that the lock was still working. But that was not the case with everyone who owns this luggage, so bear that in mind.

So, this isn’t really a too important difference, but it still something to keep in mind. The PET set is available only in Gold, Silver, Black, and Sunbeam. So, there’s not too much color variety. This is probably bad news for those of you who aren’t fans of these unique colors.

The Expandable set, on the other hand, can be bought in 10 different colors. So lots of choices, and there’s something for everyone – pick up the classic black if you prefer to blend in at the airport, or go for the bright yellow set if you want to be able to spot your luggage on the belt in seconds!

Now it’s time to discuss the features that both Merax Travelhouse luggage sets share. You can expect to see the features below on every single one of their suitcases!

Both luggage sets are made from super durable materials, and you can expect almost the same level of durability from them.

Most affordable luggage like these ones from Merax is made with ABS. It is the go-to material for suitcases without breaking the bank.

Their tests have shown that their PET cases can be driven over by a semi and still survive, so it’s a pretty strong material.

The shells of the expandable Merax suitcases are made from a mixture of ABS and Polycarbonate. That means two things – one, the shell is somewhat flexible and is able to bend upon hard impact. But not completely, like a pure Polycarbonate shell.

Two, you can tell which material is more prevalent by the price of the luggage, and it is obviously ABS. Pure Polycarbonate suitcases tend to be pretty expensive since that is the more expensive material. With a price tag of around $100 for all three suitcases, it is easy to figure out that they are mostly made from ABS.

That’s really good for the cosmetics of your suitcases – ABS is less prone to scratches than Polycarbonate, so your Merax Travelhouse luggage will look new for a longer time. Plus, the shells on both sets are ribbed, which helps make any existing scuffs and scratches less noticeable.

But in terms of pure durability, don’t expect these to last forever. Especially the ones you check at the airport – they will be thrown around a lot, so don’t be too surprised if one of them breaks.

The carry-ons, on the other hand, should be more durable, since they won’t experience the tough love from baggage handlers.

Both sets have suitcases that are equipped with single spinner wheels.

These are wheels that are able to turn 360 degrees, allowing you to maneuver your luggage with ease. You can push it alongside you or in front of you – the crucial thing is that you don’t have to tilt the suitcase to get the wheels rolling.

That in turn means you can say goodbye to sore arms!

The wheels on these Merax suitcases are quiet, which is great. And, single spinner wheels have the benefit of being lighter than double spinner wheels, simply because there are fewer materials on them.

However, they are also somewhat less durable – single spinner wheels usually have a silicone wheel, which can break off in pieces on uneven terrain. As opposed to dual spinner wheels, which usually consist of two pieces of plastic. Also, double wheels tend to roll more smoothly, but the difference is not too noticeable.

The suitcases in both these sets have double-barrel telescopic handles. They are made from aluminum and are really lightweight – which you can already tell from the weights of the individual suitcases.

The wheel handles can lock into position both when extended and when stored, and they make maneuvering your suitcase through crowds a breeze.

All of the suitcases featured in this review also have two grab handles – one on the top and one on the side. They are ergonomic and have a cushioned bottom, for your carrying comfort.

Just like most other hardshells, all of the Merax Travelhouse suitcases have two packing compartments.

Both are fully lined and are really similar. The bottom compartment of the suitcases has elastic tie-down straps to keep your clothes in place, while the top compartment features a full zippered divider.

The luggage in both sets also features one internal pocket, but its position is different.

In the Expandable set, it is a small zippered pocket in the bottom compartment.

But on the Mixed Color set, the pocket is on the divider, and it is pretty large, as you can see in the photo.

The luggage in both sets features a combination lock. I already told you what’s the main difference – one is TSA approved, and the other one isn’t.

But they both work in really similar ways. They are three-digit combination locks with your zipper pullers in place.

Since you usually don’t receive instructions for setting up to lock, or you receive them in a locked suitcase, here’s some help.

The original combination is either 000 or 999. Try one of those two, and see which one opens up your suitcase. Then lock it again.

With the numbers in the position of the original combination, you want to press and hold the small button on the broader side of the lock. There are two buttons on the lock; one of them is large and unlocks your suitcase – not the button you should press. You want to press the smaller button, which is supposed to reset the combination.

While you are pressing the button, set up your own combination. When you’re done, release the button, and voila – you did it!

When you’re not traveling, you need to find somewhere to store these suitcases. And that’s something you’ll love about the Merax Travelhouse luggage sets– the smaller suitcases store inside the larger ones, so you technically only need to find space to store one single suitcase.

That’s also pretty convenient maintenance-wise – the smaller two suitcases are packed inside the largest one, and you don’t have to worry about getting dusty or dirty. It’s much easier and quicker to clean just one suitcase than it is three!

And one other thing to keep in mind is that this is how they will ship you the luggage. And that will save you lots of money, as opposed to them being chipped individually or one on top of the other. Which is what some other companies do.

In the end, would I recommend them to you?

I think it would have to be the Mixed Color set, simply because it appears to be quite durable

These Merax suitcases also have TSA-friendly locks, which is a must for all of you who frequently fly to the States. And they are slightly better for the organization since they have a larger pocket in the main compartment.

The other set has the benefit of having expandable capacity – not really a pro for me, but I’m guessing it’s a pro for many of you. All the other important features are there – the shell material, wheels, handles, and capacities. 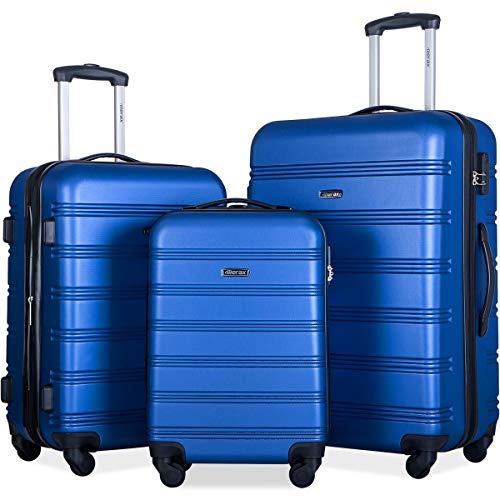 Check out some of our other suitcase reviews – you just might find the perfect one there!