Most Dangerous Countries In Africa

World travelers love their big beautiful planet and jump at the chance to visit virtually every corner. But along with amazing flora and fauna and stunning vistas, the world is inhabited by human beings, and peace and harmony can sometimes be elusive.

Sadly, according to the Global Peace Index (GPI), the threat of unrest and violence has increased worldwide in the last decade. The GPI is drafted by the Institute for Economics and Peace (IEP) using several pillars of peace, most importantly the level of corruption, the stability of government, accepting the rights of others, and good international relations.

Africa is teeming with unique landscapes, geological wonders, and ancient history and is a dream destination for many. Unfortunately, some of the most dangerous countries in the world for travelers are on the continent. They are not for solo travelers and should be visited with careful planning and precautions.

Here’s the good, the bad, the beautiful, and the ugly of the most dangerous countries in Africa. 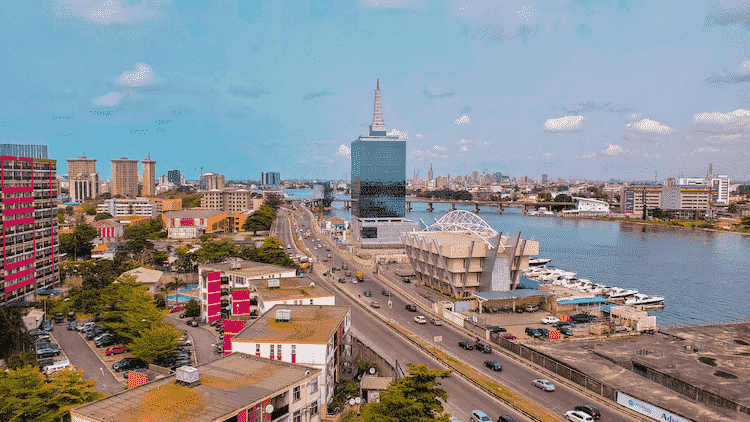 Situated in the West African region on the Gulf of Guinea, Nigeria is the 15th most dangerous country in the world according to the GPI. It may not be a homestead in Kansas, but many travelers report it isn’t all that bad. It’s a beautiful country filled with many awe-inspiring natural wonders from a mountain range to tropical forests, beaches, desert, and city skyline.

Zuma Rock is one of the country’s most notable landmarks. Just outside the capital city of Abuja, the 725 meter-tall monolith is featured on the national currency.

Nigerians are friendly people and love festivals. Every year on the first of December, Calabar Carnival, known as “Africa’s biggest street party” is celebrated and attended by tourists from around the world. The month-long celebration includes parades, concerts, beauty pageants, and more.

The way to stay safe while traveling in Nigeria is to know where you are and where you shouldn’t go. The southern part of the country is relatively safe when taking normal precautions. Don’t flash pricey gadgets and money around. If you travel to Northern Nigeria, check the current conditions with the State Department.

The Federal Republic of Somalia is situated in the Horn of Africa and bordered by Ethiopia to the west and the Indian Ocean to the East. It has the longest coastline on the continent’s mainland.

Prior to the civil war that began in the 1990s, the tourist industry was blossoming and attracted travelers to its beaches, numerous historical sites, national parks, mountain ranges, and waterfalls. The country was safe for travel back in the late 1960s when the Somali Democratic Republic was run by the Supreme Revolutionary Council.

In the 1980s, peace ended after the Somali Civil War began and most towns returned to traditional laws. Sadly, the Ministry of Tourism stopped functioning after civil unrest began. Tourism resumed in 2000, but due to the lack of government regulations, no data is available on the number of tourists that visit Somalia.

Travelers to Somalia should be aware that civil unrest, terrorism, piracy, and health issues are common. Violence against women is an issue and spousal violence carries no penalties. Airports, hotels, restaurants, and other areas frequented by travelers are often targeted by terrorists to plan and carry out bombings and kidnappings. 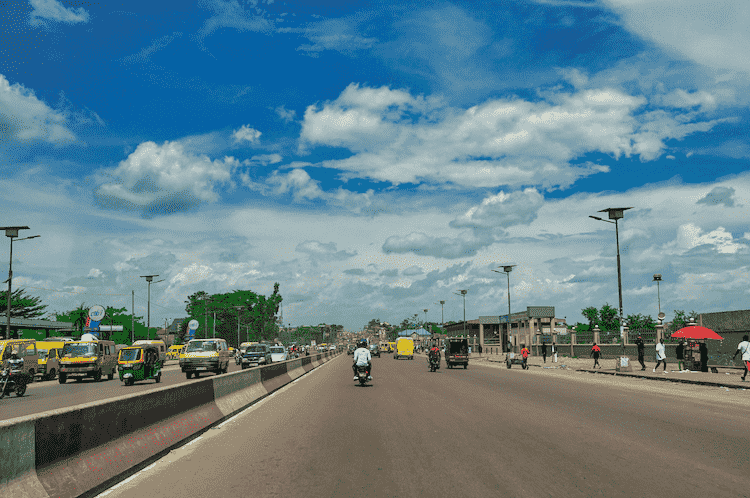 Located in Central Africa, the Democratic Republic of Congo (DRC) is Africa’s second-largest nation. The country formerly known as Zaire has a difficult history with long periods of instability from corrupt leadership to Africa’s horrific “world war.”

The DRC has three large cities (the capital Kinshasa, Lubumbashi, and Mbuhi-Mayi) and a vast amount of natural resources including raw minerals. It’s actually a rich country but because of military struggle, political instability, and centuries of colonial exploitation, most of its citizens are dirt poor. Two million children are food insecure.

However, by many accounts, the DRC is staging a comeback on the tourist scene. Travel advisories pop up regularly, but during times of stability, travelers come to explore the country’s magical wilderness.

There’s a host of UNESCO-designated national parks with raging rivers, active volcanoes, and plenty of African wildlife. When traveling with caution, the DRC is a nature lover’s paradise. But steer clear of the eastern region of Kivu. It’s the most dangerous part of the country.

South Sudan is a landlocked country bordered by Ethiopia, Sudan, the DRC, the Central African Republic, Kenya, and Uganda. Certain parts of the country have been plagued by endless civil wars keeping away visitors from Juba and the small, remote towns.

Negative news about the country’s political situation dominates media outlets. Going ignored is the fact that the country has one of the largest animal migrations on the planet. Sparkling rivers and lakes, national reserves, and 14 national parks are overlooked. So is the fact that it’s home to the world’s largest swamp (the Sudd) and one of the world’s best birding sites.

The bottom line is, that at this time South Sudan, one of Africa’s newest countries is a dangerous place for tourists. The country gained its independence from Sudan in 2011. But in the last decade, civil war and ethnic unrest have been rampant.

Kidnappings, carjackings, and robberies are common and pose a threat to travelers. Journalists are especially at risk. The US State Department reports that many have been targeted by local armed groups in the last 10 years. Some of them have even been killed.

Still, there’s a glimmer of hope for South Sudan. Rival leaders Salva Kiir and Riek Mahar agreed to form a coalition in 2020. Hopefully, this will lead to less violence on the streets of South Sudan. 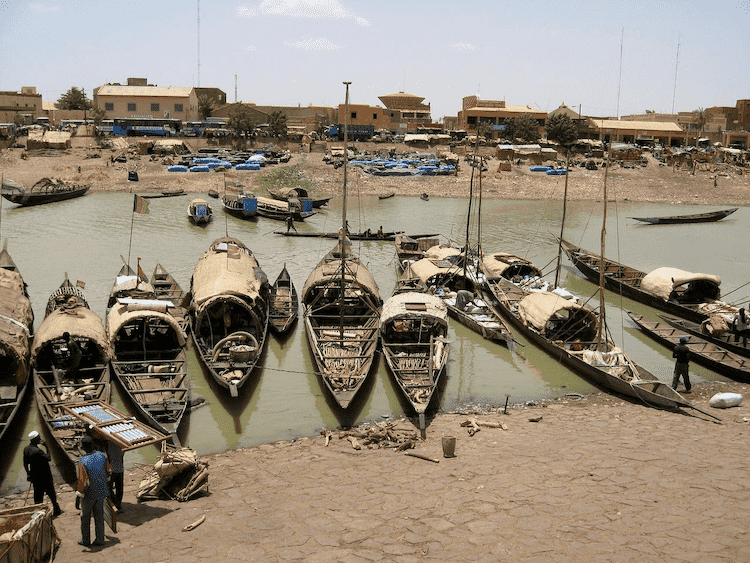 Situated between the rolling Sahel and the Sahara Desert, Mahi is a land of heritage, history, cultures, and creeds. From the market town of Sikasso to the protected regions of Ansong, there’s everything from timeless tribal villages and colorful bazaars and markets to camel caravans to experience in Mali. Not to mention the intrigue of Timbuktu.

Up until 2012, it was relatively safe to visit Mali. Unfortunately, recent civil unrest has placed this country out of bounds for tourism. Rebels took control of the northern territory, and political stability is still a serious issue. The most dangerous areas are the northern and central parts of Mali. Because of violent crime, the US State Department has put western tourists on alert.

The Central African Republic lies mostly in Africa’s savanna zone with dense tropical rainforests in the southern portion and barren land to the north. The country has several national parks and wildlife reserves teeming with exotic African wildlife including the endangered black rhinoceros.

Although the CAR is rich in natural resources such as gold, diamonds, cobalt, uranium, and crude oil, it’s one of the world’s most impoverished countries. Since gaining independence in 1960, the country has been ruled by several dictators.

The first multiple-party elections were held in 1993, and the first democratically elected president took over, but a coup was organized by General Francois Bozize in 2003 who took over the country. Not much has changed since the beginning of the civil war in 2012.

According to the Human Development Index, the CAR is one of Africa’s most dangerous places. Robberies, aggravated assaults, and murders are common. Land and air borders are frequently closed, and tourists can be left stranded without a chance to escape. 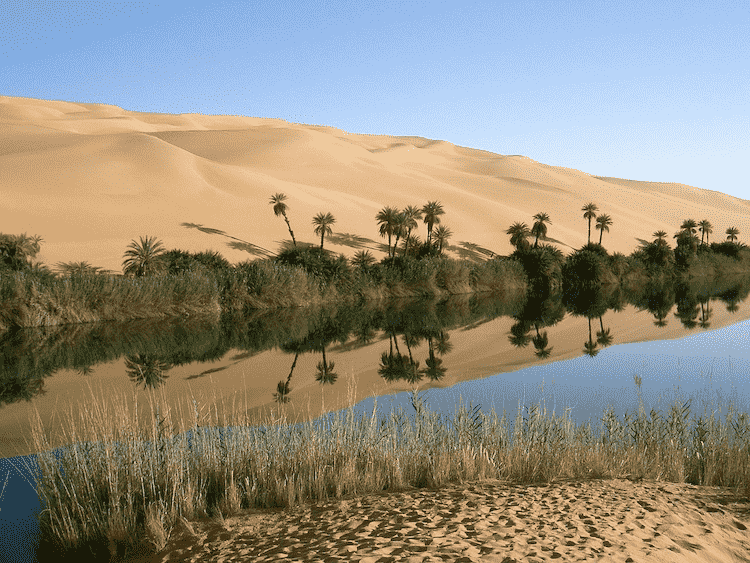 Located in the Maghreb region of North Africa, Libya is a beautiful country near the rugged Mediterranean coastline and rich with Roman ruins and rumbling Greek cities. Sadly, because of civil unrest, it’s listed as one of Africa’s most dangerous places to visit. Uprisings of the Arab Spring in 2011 and over 40 years of harsh rule by Muammar Gaddafi have resulted in factional disputes, civil war, and extremism.

The US State Department warns that tourists are subject to robberies and kidnappings for ransom. Some airports are completely closed and most Libyan tour companies have ceased operations.

Despite constant warnings and travel bans by the British Foreign and Commonwealth Office (FCO) and others, there is hope that world travelers can once again be mesmerized by metropolises like Benghazi and Tripoli.

Chad is a landlocked country in North-Central Africa. The resource-rich, semi-desert, and ethnically diverse country is little known to the outside world. Despite its lack of recognition, the country has vast oil, gold, and uranium reserves, three climate regions, and a national park teeming with a variety of wildlife.

Unfortunately, because of the high risk of civil war, violent crime, and kidnappings, traveling to Chad is dangerous for foreigners. Buses and taxis, the main modes of transportation, are unsafe and unreliable.

The commercial and market areas are rife with pickpocketing and petty crimes, especially after dark. The local police, or people who pretend to be, try to extort money from travelers through the use of intimidation and fake fines.

On top of all this, Chad is vulnerable to floods and epidemics. Clean drinking water and sanitation services are also lacking.

The country doesn’t see much tourism, but N’Djamena, Sarh, and Zakouma National Park are places worth a visit for those who plan their trip and take the utmost precautions.