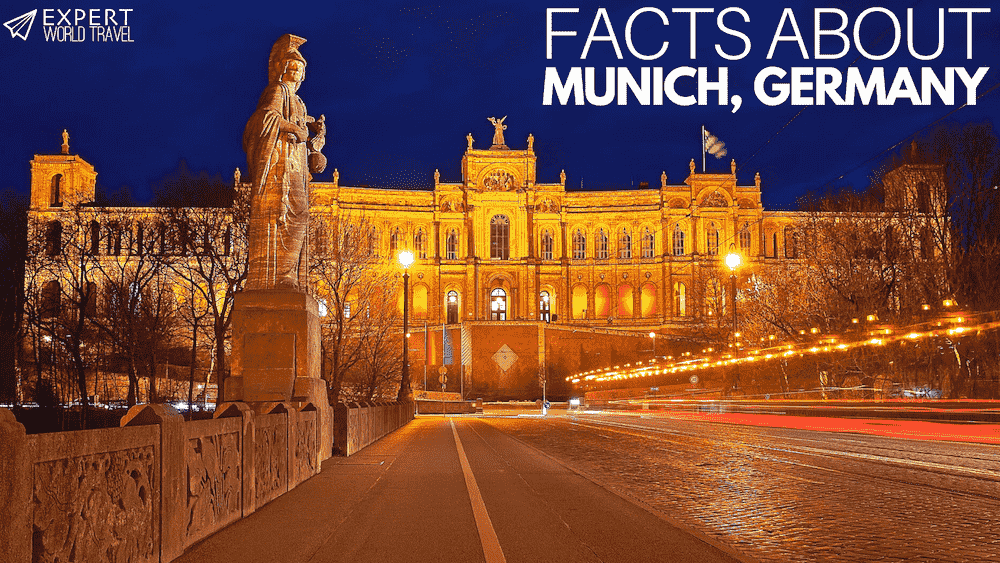 Munich is the capital of Bavaria and the third-largest city in Germany. It’s famous for beer, BMWs, old architecture, quirky history, and more beer. Get to know the city with these 15 facts about Munich.

Munich is the German word for “monk.”

The German word München comes from the word Mönch which translates to “monk” in English. Why would a city be named monk? Because in the 12th century, monks were allowed to start a marketplace in this part of the country by the Duke of Bavaria. The market was very successful and is thought to be responsible for the expansion of this huge city.

Beer is considered to be a food in Munich.

Thanks to a law decreed in 1516 by Duke Wilhelm of Munich, beer is more than just a sudsy beverage. The Beer Purity Law was passed on April 23 of that year to protect beer drinkers from chemicals, additives, or other contaminants. The 500 year-old-plus law has remained in effect until this day and governs how beer is made in Bavaria.

Beer once saved the city of Munich.

During the 30-year war, King Gustav of Sweden and his troops marched into Munich and threatened to ransack and burn the town down. As a bargaining chip, they were offered 600,000 barrels of Hofbräuhaus beer in exchange to avoid plunder and pillage.

Munich is home to the world’s largest beer festival. 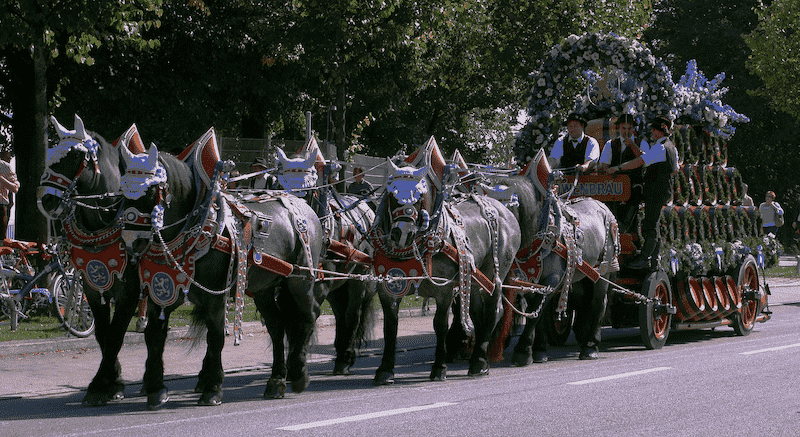 A festival held around the world, Oktoberfest got its start on a lovely October day in 1812 when Crown Prince Ludwig and Princess Therese von Sachsen-Hildburghausen celebrated their marriage. Regular citizens were invited to join in the revelry. Today, Octoberfest is held from around mid-September into the first weekend in October.

The speed of escalators is increased for Oktoberfest.

Millions of people come to Munich each year for Oktoberfest. Munich has several ways to deal with massive crowds. One fun fact that shows how the municipality meets the challenge is by resetting the speed of the escalators around the city. With faster escalators, they can move people from place to place more swiftly.

Albert Einstein once worked at Oktoberfest.

In 1896, the miracle of electricity came to Oktoberfest’s Schottenhammel tent. The patrons were probably too bedazzled by the glowing bulbs to notice the scrappy young lad installing them. The 17-year-old Albert Einstein, who would later become a world-renowned genius, was working for the family business Elektrotechnische Fabrik J. Einstein & Cie installing light bulbs at the festival. 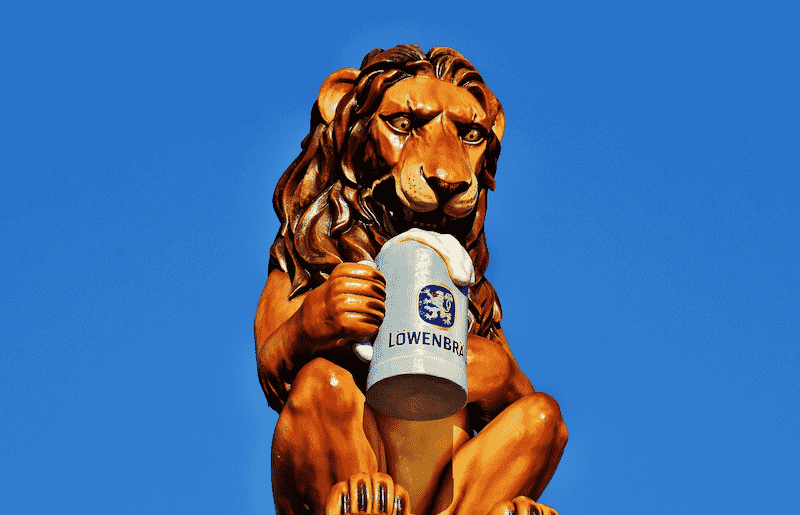 The six major breweries in Munich are: Augustiner-Bräu, Löwenbräu, Hacker-Pschorr, Hofbräu, Paulaner Brauerei, and Spaten-Franziskaner Bräu. All of them follow Germany’s Beer Purity Law from over 500 years ago. They share the same brewing process with a few differences in ingredients. They always have the grandest tents at Oktoberfest and other beer festivals throughout the year such as Springfest and Starkbierzeit held in February.

Munich has over 60 beer gardens.

It’s obvious that beer is a big part of Munich’s culture. After all, the bubbly beverage once saved the city from the Swedes. Beer is celebrated at more than 60 lively beer gardens around the city. Moreover, Hofbrauhaus, the world’s largest beer house is located here. Among its many famous visitors are Hitler, Mozart, and Lenin.

Bavarians eat Weisswurst only for breakfast.

Weisswurst, white pork sausage is traditionally only eaten for breakfast by Bavarians. Apparently, it’s a cultural taboo to eat it for any other meal. Perhaps it’s because long ago, it contained no preservatives so the freshly-made sausage had to be eaten right away. The tradition remains even though Weisswurst can be refrigerated and eaten at any meal today. A traditional Bavarian breakfast consists of Weisswurst, pretzels with sweet mustard, and beer. Surprise, surprise.

The city of Munich has no skyscrapers. 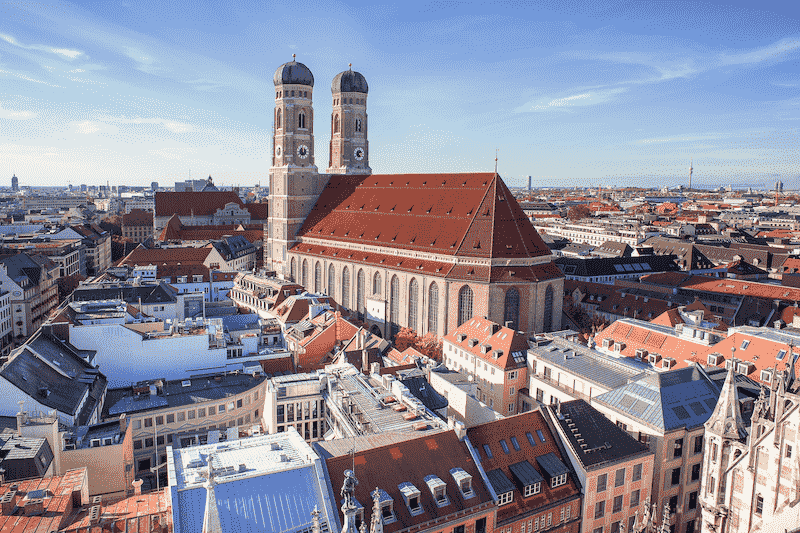 Most cities the size of Munich are riddled with skyscrapers. Not this one. Skyscrapers were banned by a citizen vote in 2004. No new building in the city center can be taller than 99 meters. This was done so that Frauenkirche, a church that’s a symbol of the city will remain as the tallest building.

Munich’s central square has existed since 1158.

Marienplatz, a central square in Munich’s city center has been the main square since 1158. During the middle ages, markets and tournaments were held in the square. It was later named after a Marian column called the Mariensäule. A Marian column is a religious monument with the depiction of the Virgin Mary at the top. The Old City Hall on the east side and the New City Hall on the north side dominate the square today.

Munich is home to the world’s oldest cinema.

The BMW plant in Munich has its own postal code.

The BMW plant is so well-established and popular it has its own zip code. The digits 80788 are not shared by any other Munich address. The BMW plant is close to the 1972 Olympic Stadium. Both are interesting sites for visitors to tour.

The city has a hill made of WWII rubble. 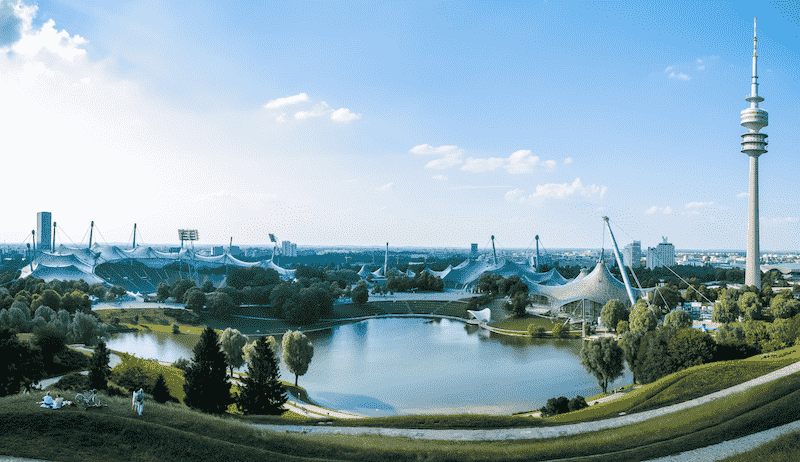 Hundreds of tourists climb the Olympiaberg, a huge hill in Olympiapark every day to take in the panoramic views that extend all the way to the Alps on a clear day. Many of them don’t realize that the giant hill was created from leftover rubble after WWII.

While most of a city’s oldest buildings are churches, that’s not the case in Munich’s quirky history. Workers at archeological excavations at the Marienhof found a latrine dating back to 1260. It was located outside the city’s main gates.