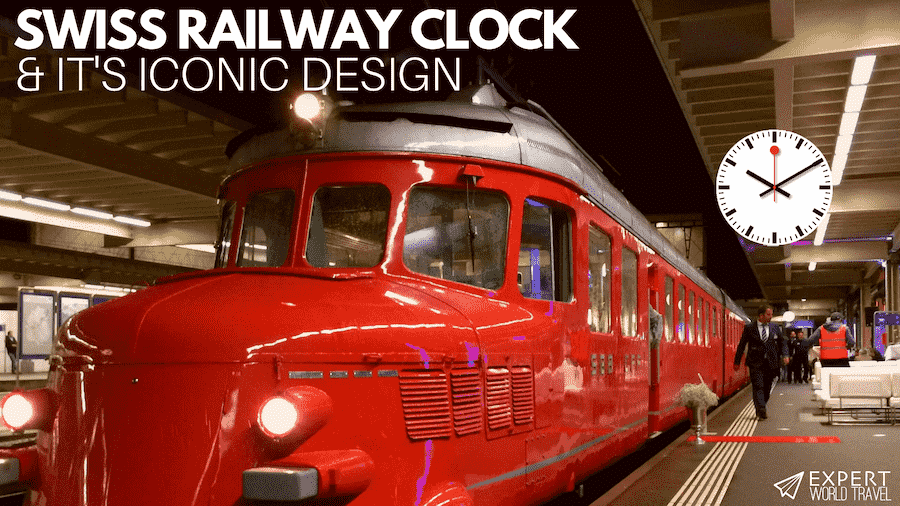 Switzerland is famous for its watch industry. The most luxurious brands of watches are usually Swiss, and they’re truly the pioneers of the industry. But rarely does any watch get the recognition that the Swiss Railway Clock has.

Not only is the most iconic clock the in the country, but it’s also the symbol of the ever so punctual Swiss trains. The clock has a rich history that I want to tell you about, in case you were wondering what was so special about such a simple design.

Read on to learn about the history of the Swiss Railway Clock, the man behind the design and its modern day use in Mondaine wrist watches!

What’s So Special About The Swiss Railway Clock?

It’s interesting how such a simple design can be so famous. The Swiss Railway Clock is easily a national icon, but what in the world makes it so special?

There’s several things that are unique about this clock, starting with the second hand. It was not in the original design of the clock because there is no need for it – train tables in Switzerland do not list seconds and the trains leave the station on the full minute without fail. Because of that, the red second hand is purely an aesthetic addition.

The Man Behind The Design

The masterpiece that is the Swiss Railway Clock is the work of Hans Hilfiker. He was a Swiss engineer and designer, and not a lot is known about his life. He worked as an engineer for SBB ( Swiss Federal Railways), and in 1932 he developed the first official clock for the Bahnhofplatz in Zurich, just outside the main railway station.

He began testing the design for official electrically operated SBB clocks in 1943, introducing the red second hand in 1944. The design that exists today was officially launched in 1955, and it hasn’t changed one bit since that. Which just goes to show how absolutely iconic it is!

The design of the clock is legally trademarked, which explains why you don’t see it everywhere. Only a couple of other brands got the license to use this design in their watches, and that’s what I want to talk about next! 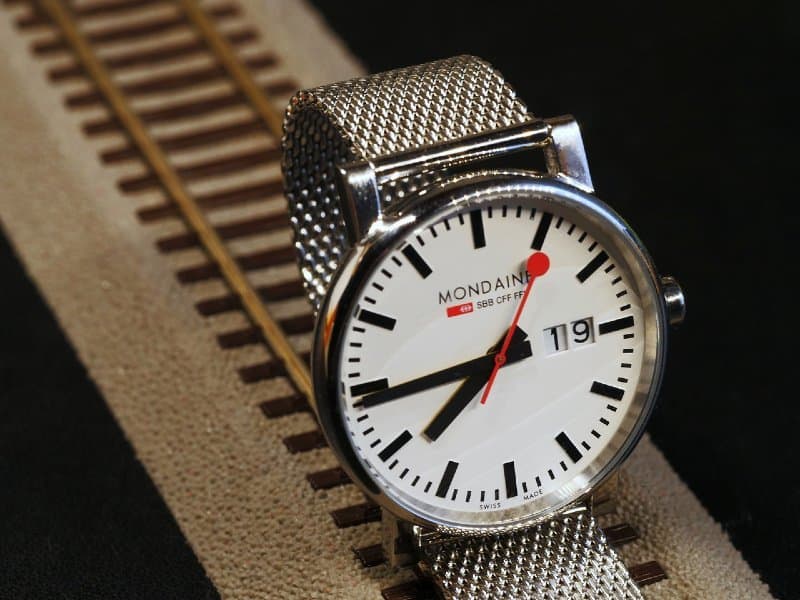 The two brands that got the license to use Hilfiker’s design in their clocks and watches are Mondaine and Apple. The Silicon Valley company was so taken with the design that they incorporated the red hand into their world clock on iPads and iPhones. But you won’t see it on your phone today since they removed it with iOS 7. What is interesting here is that Apple was originally accused of using the design without permission. All the details of their licensing agreement with SBB aren’t known, but it’s reported that they paid about $22.5 million for the right to use the design in their world clock app.

The other company that can use the famous Swiss design in their watches in Mondaine. And they offer a variety of designs with leather straps, classic steel bracelets and even sustainable plastic bands. Mondaine also makes kitchen clocks, table clocks and wall clocks with the famous SBB design, in case you wanted to decorate your home with a piece of history.

Also, Mondaine offers several variations of the design including an option with inverted colors, as well as fully silver and gold clocks. The only thing that is exactly the same on every single clock inspired by this design is that red second hand.

Their clocks and wrist watches are pricey, as you would expect from any Swiss owned company. But they’re not outrageously expensive or even luxurious –  you can get the classic SBB design watch with a black leather band for a little under $200, which is not too bad. The clocks are a bit pricier though, so if you want this design in your home you’ll have to pay extra.