11 Things To Do Near Jaipur, India

The Pink City. The Old City. Rajasthan’s Royal Capital. All of these phrases refer to Jaipur, one of the most popular tourist destinations in India.

People come to see the famous pink buildings, royal palaces and all the amazing light shows. There is an amazing array of things to see and do here, even for kids.

But we had something different in mind. With so many people focusing on what to do in the city, we wanted to focus on all the amazing things you can do near Jaipur. And some that are technically within city limits, but miles away from the city center.

So, read on to find out about the best things to do near Jaipur, India’s Pink City! 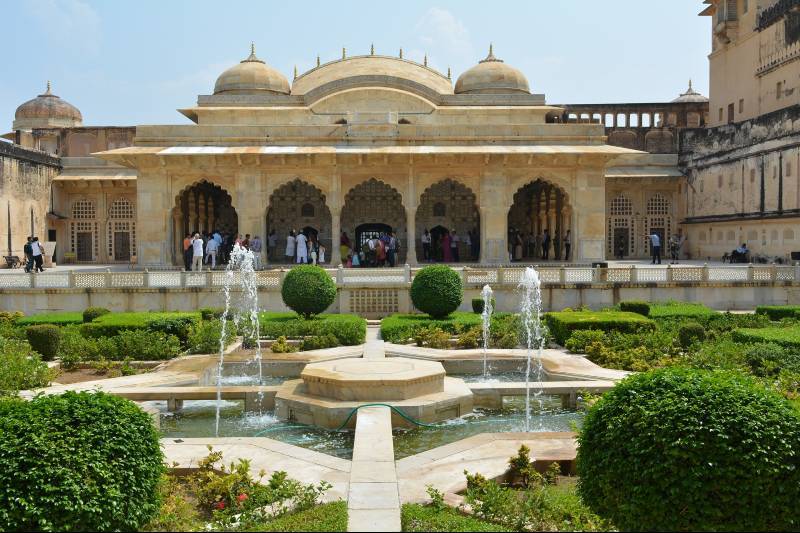 Amber Palace is probably the most interesting spot you can go see near Jaipur, aside from visiting Jaipur itself. It overlooks Maota Lake, which is also the main source of water for the fort. The four-storey palace is made from sandstone and marble, and each floor features a courtyard. The architecture is a mix of Rajput and Mughal styles, which makes it rather unique. It is a magnificent sight, and I definitely recommend climbing to the top, for some inspiring views! 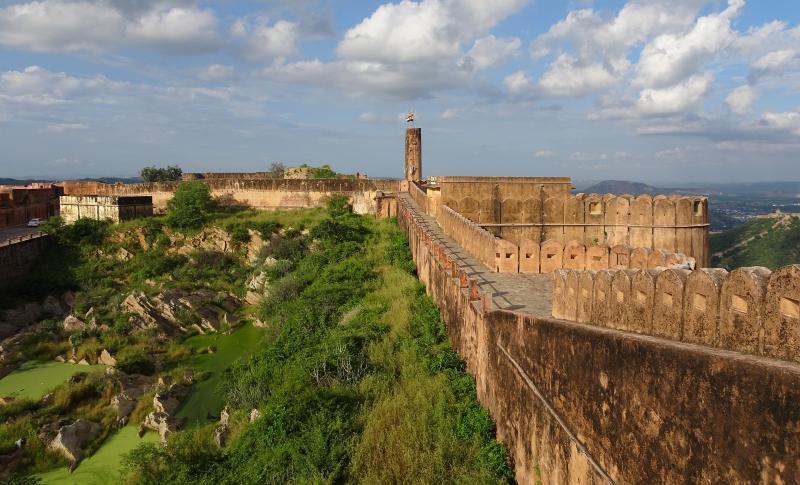 Jaigarh Fort is a close second, when it comes to places worth visiting near Jaipur. It was built with the sole purpose of protecting Amber Palace, and it is 3km long. Nowadays, it houses a museum and offers spectacular views of landscapes near Jaipur.

The fortress sits upon a promontory known as Cheel ka Teela, which means Hill of the Eagles. It was built in an architectural style similar to Amber Palace, and it is actually connected to the Palace with an underground passage.

Jaigarh Fort features a cannon foundry, which used to be one of the most efficient cannon foundries in the entire world. That’s because of the abundance of ore mines in the area. And the fort is also home to Jaivana Cannon – the largest cannon with wheels during the Early Modern Era.

You can also go inside the museum, which is to the left of Awami Gate. There are several exhibits on Royalty of Jaipur in the museum, including stamps, artifacts and photographs. You can also see the 15th century plans of palaces, which are hand-drawn.

The Step Well is just minutes away from Amber Fort, so it’s going to be on your way if you decide to visit the palace. And I highly recommend going here because you will get the opportunity to take some truly amazing photos.

The interesting thing about this ancient site are the many staircases that descend into the well. Their arrangement is unique, and it is really a wonderful sight.

However, you are not allowed to go down the steps near the actual well. And that really is a shame, since it means there’s really not much to do here other than take photos and admire the view. This is exactly why I recommend it as a quick stop before or after the grand fort. 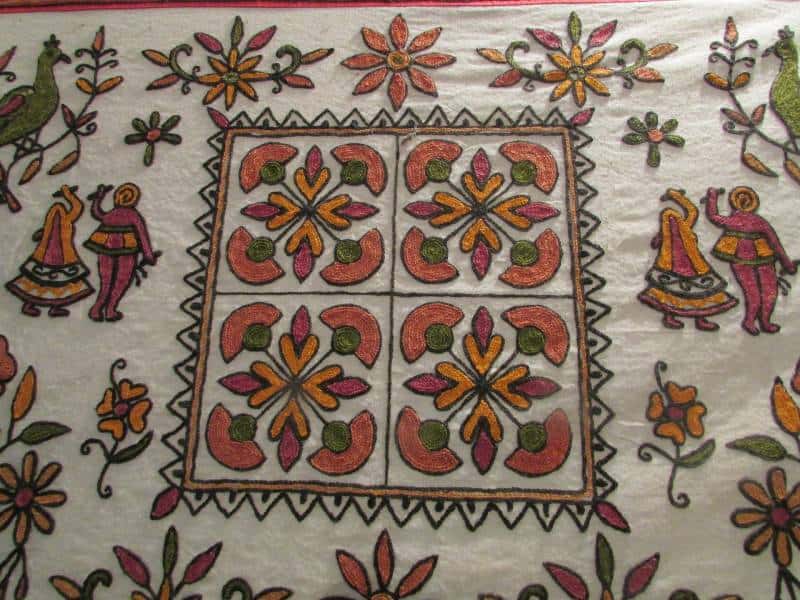 The Anokhi Museum is another interesting attraction close to the Amber Palace. So, you can really make a day of exploring this entire area north of Jaipur. First, go see the palace, admire the gardens, stop by the Step Well and then go inside this awesome museum in a traditional townhouse.

This is a block printing museum, featuring many exhibits on the technique that’s been popular in India since the 12th century. This includes textiles and garments that were created with wood-block-printing, and which look absolutely stunning. You can observe artisans using wooden blocks to create unique printed textiles, and you can really learn a lot about the history of the craft.

After you’ve witnessed a demo, you can also try your hand at block-printing as well! And you can head to the gift shop and purchase textiles, garments and even board games, so that you can take some of the block-printing magic at home. You can also buy ready-for-print items in the gift shop, and try to create something for yourself inside the museum!

5. See All The Hindu Temples

Hindu Temples are to India what Shinto Shrines are to Japan – omnipresent religious constructions. There’s thousands of them throughout the country, and you can barely walk for a few minutes without seeing at least one.

The good news is that there are loads of Hindu Temples inside and outside Jaipur. In fact, there’s at least a couple of them near every single attraction listed here so far.

Our favorite one near Jaipur is Chohde Ke Hanumanji. It is close to both the Amber Palace and the Anokhi Museum, so you could visit it the same day you go and see the palace. But you will have to hike there; the temple is in a rather serene location, far away from all the noise and crowds of tourists.

The path to Chohde Ke Hanumanji is a 1.5km rocky trail. You will need some decent hiking shoes to reach the temple, so make sure you’re dressed appropriately. I would recommend doing this first thing in the morning – go for a refreshing morning hike, and then climb down to the palace and the museum. The perfect itinerary if you want to squeeze as many sights as possible into a single, adventure-filled day! 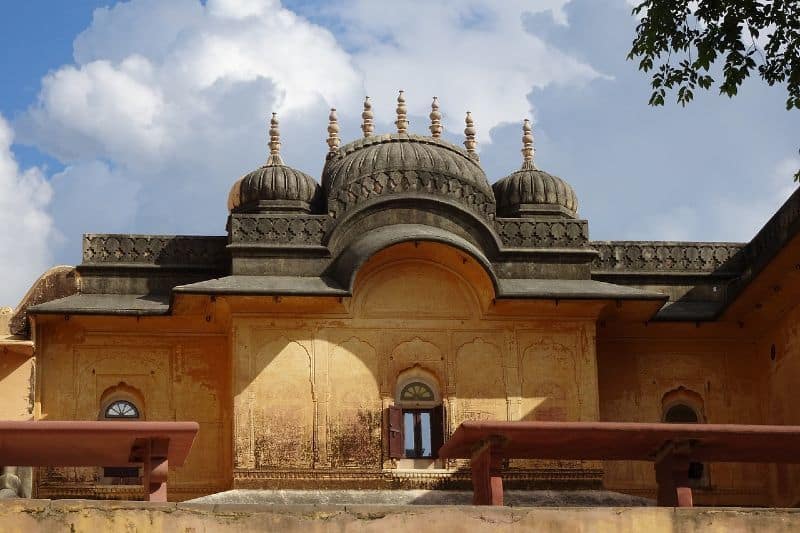 Nahargarh Fort sits atop the hills above Jaipur, and offers a breathtaking view of the Pink City. It was built in the early 18th century, as a place of retreat above Jaipur. The fort walls stretch across the surrounding hills, and there’s even a restaurant on the fort grounds. It is at the top floor, and it offers delicious food with a spectacular view.

The entrance fee to the fort is 200 Indian Rupees ($2.8), which is ridiculously affordable. You can have so much fun for very little money that it’s crazy! And you can learn about the history of this fort. Legend has it that it was named after a Rathore, Nahar Singh.

When the construction of the fort first began, the workers would return every morning to find all of the work they did the previous day destroyed. That is when Jai Singh (the then Maharaja) realized that the place had to be haunted, and so a shrine was constructed for the spirit to reside there.

Nahargarh Fort grounds are also home to Jaipur Wax Museum, which features wax figures of celebrities, historical personas, royals and even cartoon characters. It’s definitely worth your time if you’re already in the area, and it’s a great way to kill another hour or two. 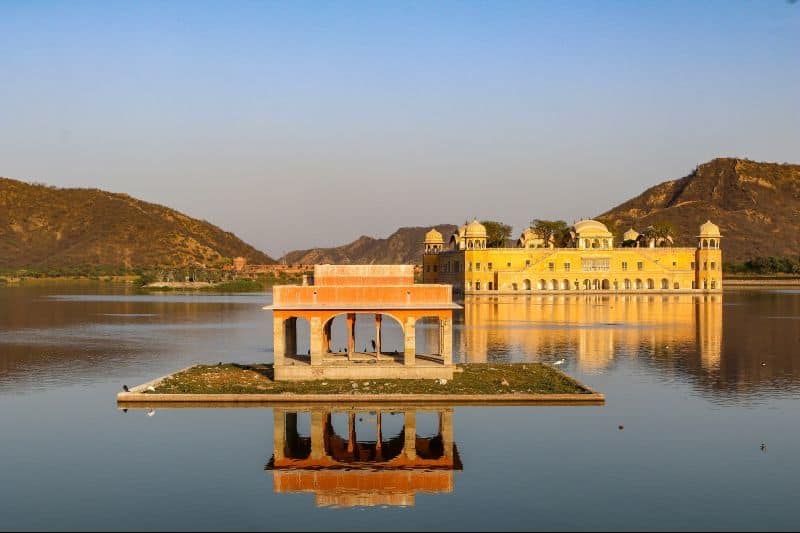 Jal Mahal is technically part of Jaipur city, but it’s really far from the city center. So, I’m calling it an interesting spot near the city, since it’s not really a place you can stop by while you’re out and about exploring the city.

So, what’s interesting about this place? Jal Mahal is a red sandstone palace, which sits in the middle of Man Sagar Lake. It is an astonishing sight, and definitely something you have to go and experience in person.

It is a signature example of Rajput architecture, which is fairly common in India. The palace actually has five floors, but only the top floor is exposed when the lake is full. The other four floors remain underwater.

You won’t be able to enter the palace, which is a shame. But you can go on a boat ride across the lake, and admire it from many different angles. With the hills in the background, any photos you take will be worthy of picturesque postcards.

Just north of Man Sagar Lake and Jal Mahal, you will find Kanak Vrindavan Mahal – a beautiful garden in a valley surrounded by Aravali hills. It is some 8km away from the center of Jaipur, and it’s the perfect attraction to go and see if you’re already leaving the city to visit Jal Mahal.

The garden is full of lawns, trees and fountains. It consists of eight sections total, but the centerpiece is the Parikrama fountain, which was carved out of a single slab of marble.

This is an all-season green garden, so you can enjoy it any time of the year. It is a pretty huge complex, so it will take you a while to explore the entire grounds. And you should be able to do so without any rush since there usually aren’t huge tourist crowds here.

There are several Hindu Temples in close proximity to the garden, so I definitely recommend checking them out as well. Take some photos, walk around and enter Sri Sri Radha Madhav Ji Temple – definitely go see the sanctum on the first floor. 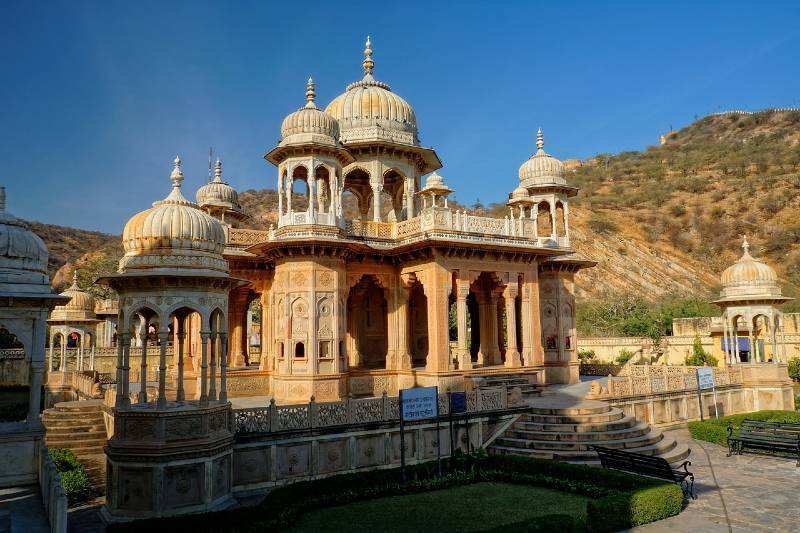 Would you say yes to a trip to the royal crematory? If so, then you have to visit Gaitore Ki Chhatriyan. It’s technically part of Jaipur, but it’s more than 7km away from city center – definitely not a place you will stop by during a sightseeing tour of the city.

This is complex of temples and tombs, with lots of interesting stone monuments and cenotaphs. It is a beautiful place, and it offers some really amazing views of Jaipur below.

One of my favorite things about this place is that it’s rarely crowded. It’s a huge change in pace from the sea of tourists at the Amber fortress, and the perfect spot for a calm afternoon.

You can walk around the grounds and explore everything, admire the white marble structures and see all the cenotaphs. I’d say that this is a must for photograph enthusiasts, since it offers some amazing photo-ops with very little people to interfere with your perfect shot. 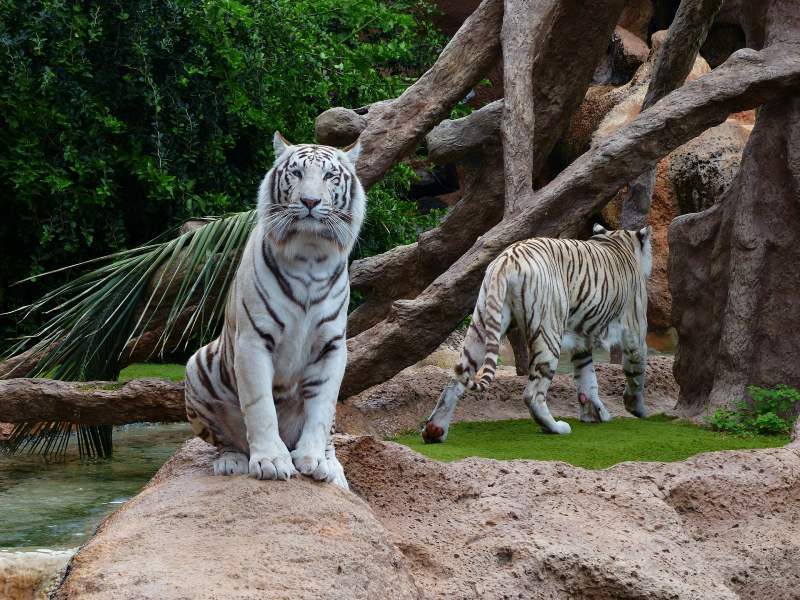 If you have extra time on your hands and no things to do, head to Nahargarh Biological Park. It’s a zoo with bears, white tigers, emus, lions and many other exotic animals. It’s actually a great place to visit on a sunny day, but it’s not one of the top experiences near Jaipur. So, I recommend this only if you have some extra free time.

The zoo is very clean and spacious. There’s a lot of greenery on the grounds, which is why I love the idea of spending a sunny day here. It will take you about half a day to really explore the entire grounds and see all the amazing animals.

Just don’t feed any of them! That is strictly forbidden, and nearly the entire zoo is covered with CCTV surveillance. Don’t break any rules and you won’t get into any trouble.

If you’re traveling with children, then you’ll love this place. It’s an amusement park for kids of all ages, with loads of different activities that they can do. There are also some activities suitable for adults, including a swimming pool and paintball. The entrance fee is super cheap (less than $2), but you don’t get access to the entire park.

In fact, almost every other activity has an extra charge. But that’s only about 250 Indian Rupees  ($3.5) for an activity, so your kids can still have loads of fun for less than $20.

Appu Ghar is located northwest of the Nahargarh zoo, and you can easily reach it with a car. They serve food, but I recommend you bring your own lunch. The food they serve is not delicious, but medium-quality at best. 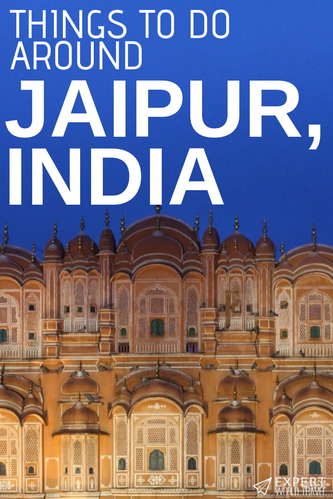 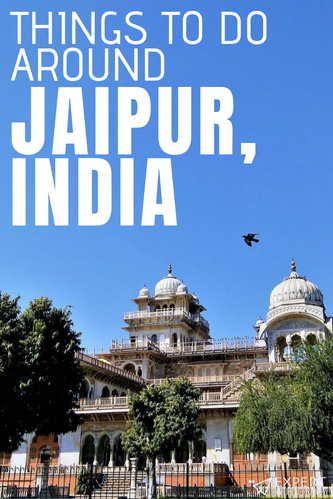