Want to travel to Tijuana and you’re wondering whether it’s safe? You’ve come to the right place to get all the info you need on tourist safety in Tijuana.

The second most populous (and famous) city in Mexico often gets a bad reputation for being the most violent city in the world. But that shouldn’t be taken at face value; the reality is that most of the violence in the city is confined to those involved in the drug trade and that tourists are generally safe in Tijuana.

Read on to learn most about Tijuana and see how it’s possible to stay perfectly safe in the city.

Table Of Contents Show All
Tijuana At Night, Is It Safe To Go Out?
Solo Travel, Is It Safe?
Public Transport In Tijuana
How Safe Is The Tijuana International Airport?
Safe Zones In Tijuana
Tap Water in Tijuana, Is It Safe To Drink?
Areas To Avoid In Tijuana
Top Safety Tips When Visiting Tijuana
Stay At A Hotel
Don’t Draw Unnecessary Attention To Yourself
Be Careful Where You Eat
Get Travel Insurance
Uber Everywhere

Tijuana At Night, Is It Safe To Go Out? 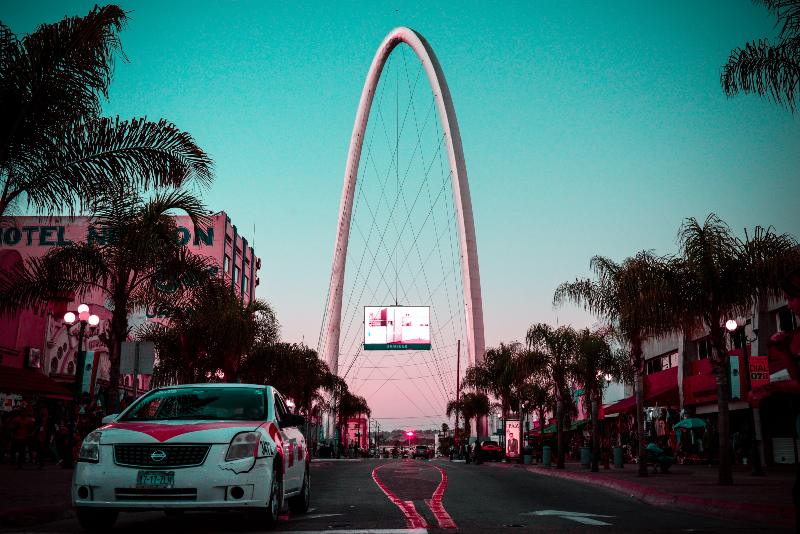 Generally, it’s not safe to go out at night in Tijuana. It is statistically the most dangerous city in the world with approximately seven homicides every day – nothing about that implies safety at night.

On the other hand, it’s important to note that there are tourist zones in Tijuana that are guarded by the police. These are the safest parts of the city, and if you’re staying in one of these areas, you will be safe even if you go out at night. You’ll find loads of great bars and restaurants here, and you can visit them any time of the day (and night) without worrying about your safety.

That’s the truth about this violent city – although locals are dying every day, tourists are to be kept safe because they’re important to the economy.

The street lighting in Tijana is not that great, so you’ll want to stick to lit streets even in the tourist zones. If you’re outside the tourist areas, you do not want to go down a dark alley alone in the middle of the night. It might be the quicker or more convenient way, but it’s certainly not the smarter thing to do.

In fact, the smartest thing to do in Tijuana at night is to just get an Uber to take you places. It’s very affordable, safer, and it’s quicker than walking.

Solo Travel, Is It Safe? 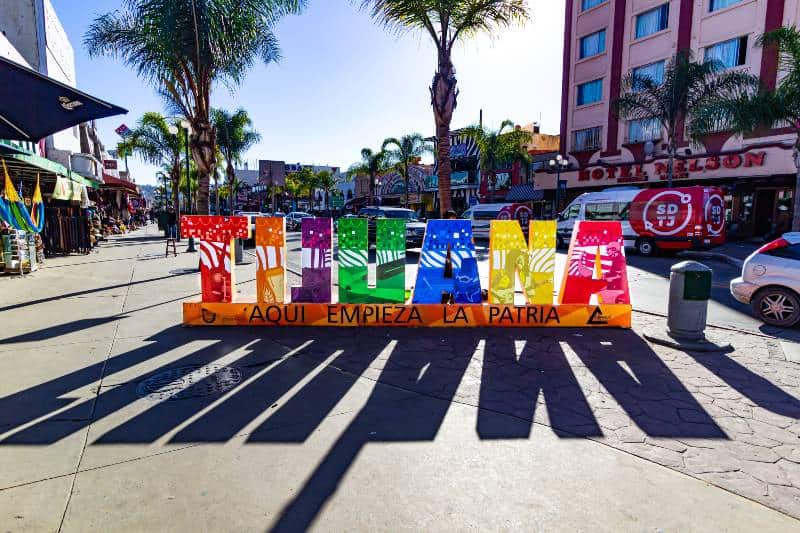 In general, it’s not safe, but it’s okay if you stay within the tourist zones. It’s worse for female solo travelers because they should definitely not go out of the guarded tourist zones. Women who are traveling alone through Tijuana are more likely to be harassed, mugged, and even kidnapped if they venture outside of the safe city zones.

It’s safe to go to a beachside resort in Tijuana if you’re a solo female traveler, but it would be smart to join guided groups if you want to explore more of the city.

Also, it’s smart to just pretend you’re not alone if anyone asks, especially if you’re approached by a shady person. Say your partner is just around the corner or that your friends are waiting for you at the bar – just don’t let others know that you’re all alone because you’ll be seen as easy prey. 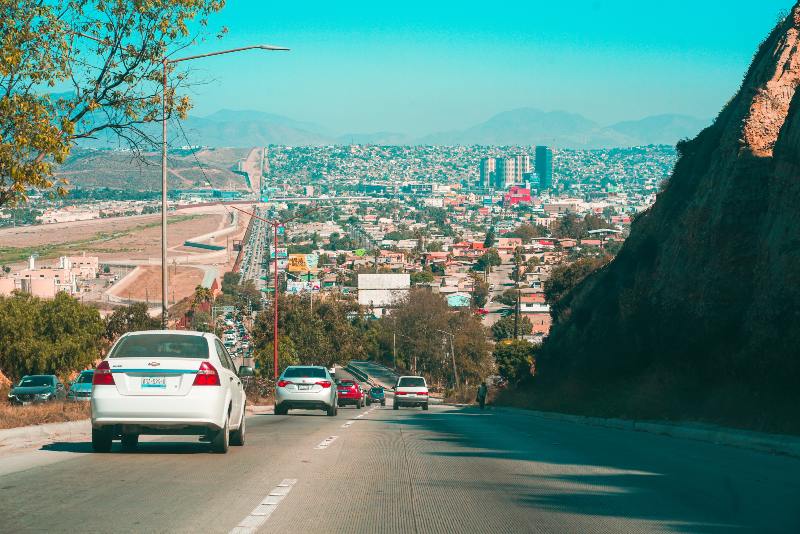 Public transport in Tijuana is not quite as developed as in some other big cities. There are buses that are pretty cheap and comfortable, but there aren’t any trams or metros. Most people will either ride the bus, get a taxi/Uber, or just walk everywhere.

The major tourist areas are all connected by bus, and if you’re looking for cheap public transport, that’s the best option in Tijuana. There’s a chance you’ll encounter pickpockets on public transport, but the risks are no higher than in large cities in Europe.

Uber and taxis are the better options for tourists. They’re more expensive than buses, but they’re more convenient and safer, particularly the Ubers. Walking everywhere is the cheapest option, but that’s really not safe, especially if you’re venturing outside the safer tourist zones.

How Safe Is The Tijuana International Airport? 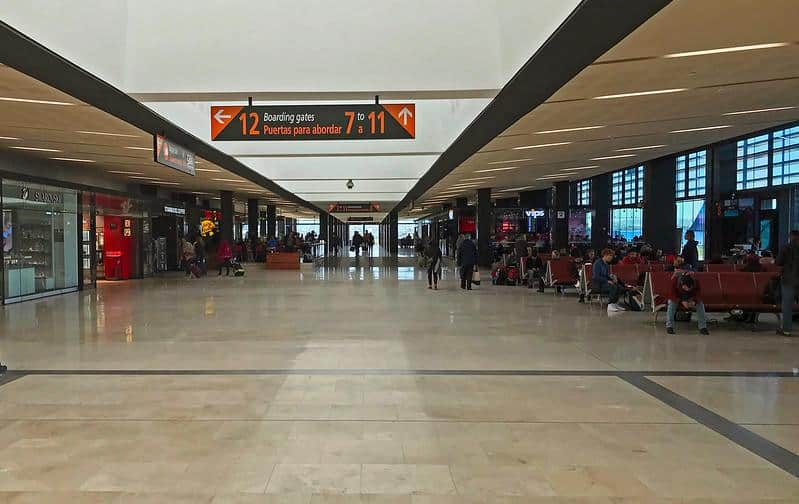 Many people who cross the border into Tijuana will arrive at the Tijuana International Airport. Flying is just much more convenient than driving into the border town, and the airport is surprisingly safe. There’s security there like at any airport, and there aren’t any risks for international travelers.

It doesn’t matter whether you’re flying in during the AM or the PM – the airport is perfectly safe, and you can order a taxi or an Uber to take you directly to your accommodation in this Mexican city. 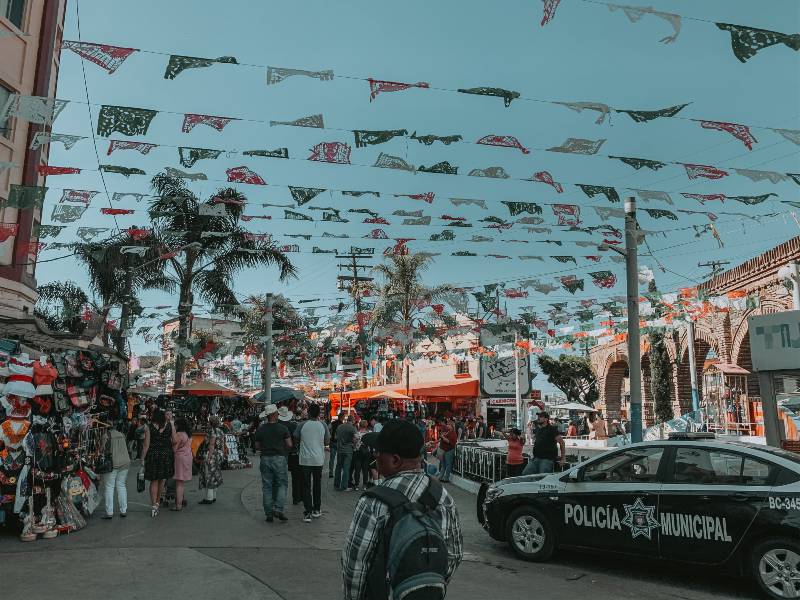 I’ve already mentioned a few times that there are a few places in the city that are known as the tourist zones. These are the safest parts of Tijuana where you’re no more at risk than in any other big city in the world, and it’s best to not go outside these zones at all if you want to be safe from violent crimes in the city.

Tijuana’s safest zones are Downtown Tijuana (Zona Centro), Zona Rio, and the beaches, so pretty much everything that’s close to the border with San Diego. Playas de Tijuana is one of the safest parts of the city and it’s a good place to stay if you want to be close to the beautiful beaches.

Zona Rio is one of the best areas for tourists. It’s home to great hotels, excellent dining opportunities, and the Tijuana Cultural Center. The vast majority of tourists who visit Tijuana will travel to this part of the city because it’s home to several major Tijuana attractions.

Tap Water in Tijuana, Is It Safe To Drink? 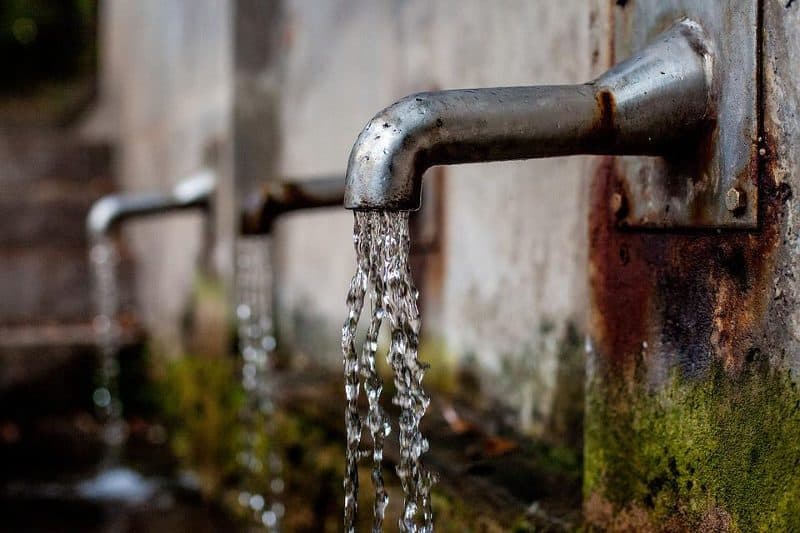 Absolutely not. Tijuana is one of the poorest cities in Mexico and even the locals there do not drink the tap water. The water has a very high content of chlorine and a metallic taste, so it’s neither pleasant nor safe to drink.

Machines with filtered water are everywhere in Tijuana, and you can buy cheap water that’s safe for drinking. Be sure to bring a portable water bottle on your trip to Tijuana, preferably something with a bigger capacity so you’re not running around trying to find a machine with clean water all the time.

Areas To Avoid In Tijuana 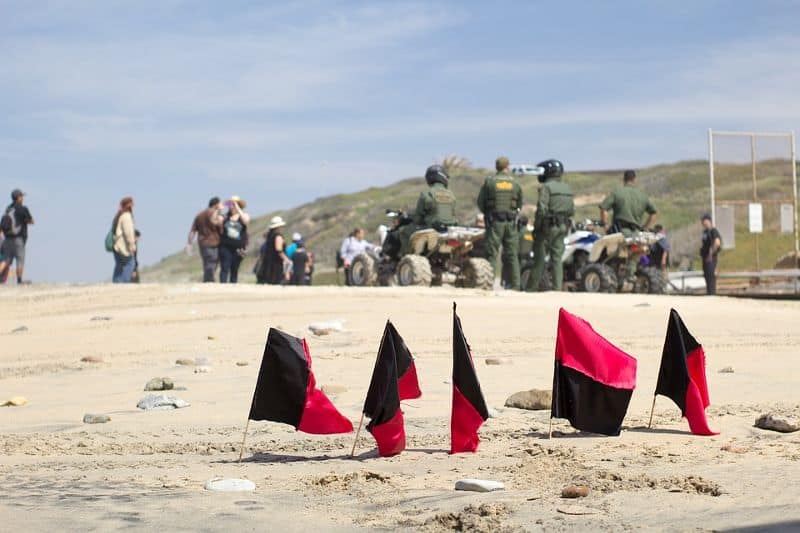 You likely won’t be a target of a violent crime in Zona Norte, but you could get mugged if you’re not careful. Don’t get too drunk because drunk tourists are an easy target for muggers, and try to avoid walking alone at night. Uber and taxi drivers can pick you up at the door of the club and take you straight back to your hotel, and that’s the safest option for exploring this part of the city.

Additionally, Zona Norte is pretty safe compared to east Tijuana – that’s the part of the city you want to avoid at all costs. The beaches and the downtown neighborhoods are fine, but everything outside these guarded zones is a dangerous place for tourists in Tijuana. 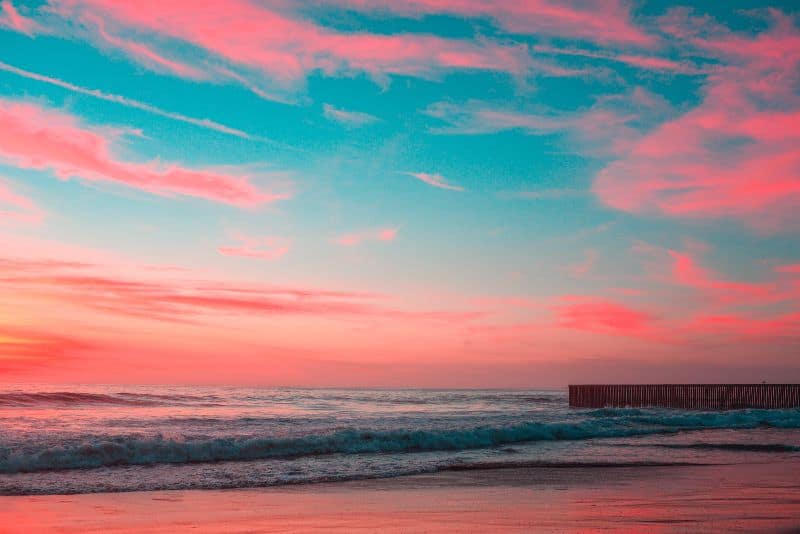 Here are a few other safety tips that will help you stay safe while visiting Tijuana!

Stay At A Hotel 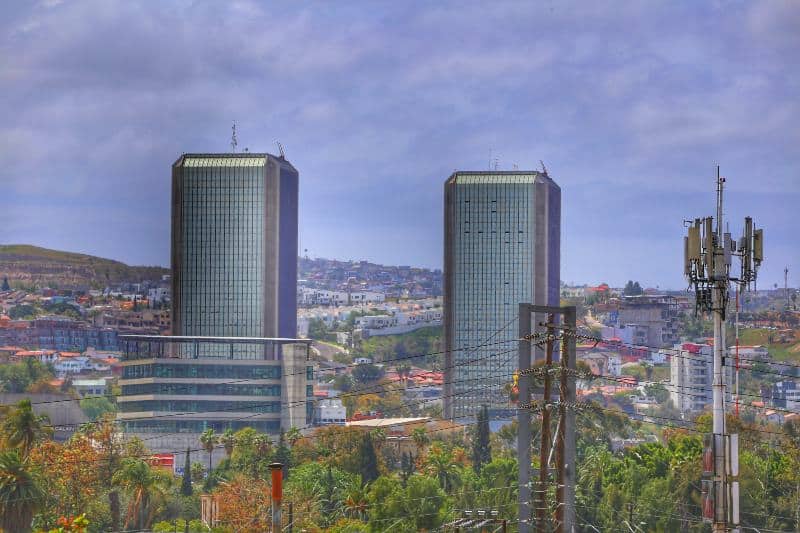 Accommodation in Tijuana is affordable and even hotels are budget-friendly, just like in Mexico City. Although you might prefer the freedom and privacy of staying in a city apartment, it’s much safer to stay at a reputable hotel in one of the major tourist zones in the city.

It’s also much more convenient since you’re staying close to all the major tourist attractions in the area.

Don’t Draw Unnecessary Attention To Yourself

There are muggers and pickpockets even in the safest parts of the city, so it’s best not to show off flashy jewelry and designer clothes. Don’t wear any overly expensive pieces and items that draw attention; instead, try to blend in with the locals and keep your head down while you’re out and about.

Maybe switch out the backpack for something less conspicuous, since it’s basically a giveaway that you’re a tourist and probably an easy target.

Be Careful Where You Eat 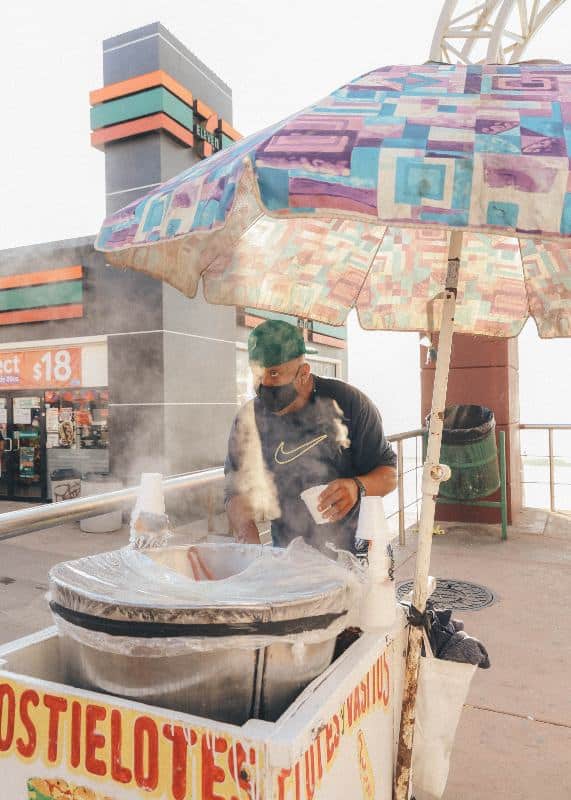 You should always be careful where you eat because having food poisoning during a trip is just not a nice experience. Be a bit extra careful in Tijuana, and only go to places that are highly rated by hundreds of different individuals. Skip the shady diners and food vendors, especially if you’re visiting the city during the hot summer months.

Even if you’re usually not a fan of travel insurance, you have to admit that it’s a smart idea to get it when you’re traveling to Mexico. The chances you’ll get robbed are higher than in most other big cities, so it just makes sense to insure yourself and your most valuable items before the trip.

Also, this is a good idea because you can’t really rely on the local police to help if you get mugged or worse. The police are involved in organized crime, and there’s a lot of police corruption in Tijuana so it’s better to avoid them like you’d avoid the drug cartels. To be clear, not all the police are corrupted, but you’re generally better off with minimal interaction with police offers.

Uber is the best mode of transport for tourists in Tijuana. Taxis are also a good option, but Uber is generally a bit safer since there’s no risk of riding with a shady taxi driver. Uber is also more affordable than a taxi, and it’s the best form of public transport to use at night in Tijuana.

About the Author Sara Oprašić