What is Brussels Known For? (Not Just Pissing Statues)

Located in the heart of Belgium, Brussels is a cosmopolitan city that tinkers on the edge of serious and frivolous. It’s known for the place where important world decisions are made (NATO, European Parliament,) Art Nouveau architecture, enlightening museums, and lots of other serious stuff.

On the lighter side, the city, and perhaps Belgium too,  is famous for the Manneken Pis, a humorous statue of a little boy peeing into a fountain, comic strip art, and a delightful shopping and dining scene.

Located a stone’s throw from London (one hour by plane), Brussels is definitely worthy of your European destination list. Here are the top things the capital and largest city of Belgium is known for.

The Unofficial Capital of Europe

Brussels is home to some important governmental and business institutions. As the seat of the EU, and much like Paris, London, and New York, it has attained global status around the world. NATO is headquartered in Haren, a municipality in Brussels, and the European Commission, the European Parliament, and the Council of the EU are located in the European quarter.

Visitors are welcome at the European Parliament building and its surrounding complex. Educational tours allow students to participate in role-playing, and adults can enjoy visiting the Parlamentarium. 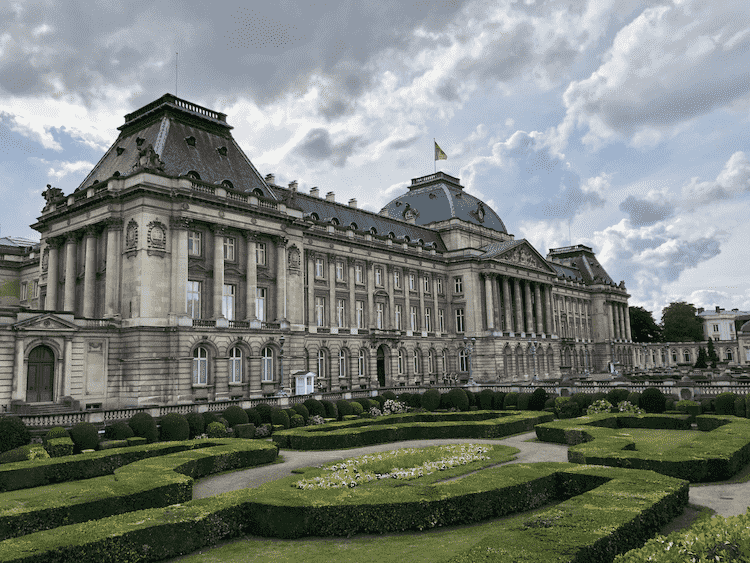 The Palais Royal (Royal Palace) is the official home of the royal family of Belgium. These days, the family spends their time at the Royal Palace in Laeken. Open for tourists in the summer months, the palace is a popular stop for tourists. A splendid interior, artworks, and ceilings covered in beautiful mosaic make it worthy of anyone’s itinerary.

The most admired room has a ceiling with a mosaic made of beetle wings. The building of the Royal Palace began in 1820 under the reign of King William. Leopold II had it rebuilt in Louis XVI in 1904.

Located in the Old Town of Brussels, Grand Place is a great place to visit while in town. It is the economic and political center for the city. It’s one of the best-preserved and most beautiful squares in Europe. The unique Baroque architecture of the guild houses feature ornately carved stonework, magnificent gables, balustrades, pilasters, and rich gold decoration.

The buildings at Grand Place were erected between 1696 and 1700, but its history goes back to the 11th century when it was first established. It was declared as a UNESCO World Heritage Site in 1998. Visit Grand Place both day and night for differing experiences. 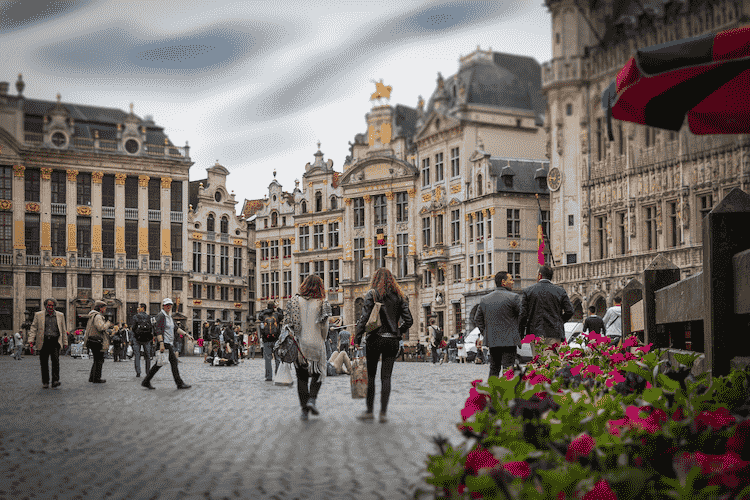 Shopping in the many local markets is popular with travelers as well as the locals and the options are excellent. Sample local foods and browse for art and antiques at notable open-air markets such as Flagey and Châtelain. Both feature stands that sell fresh foods and homemade products. Shoppers can also sample international foods that range from Pakistani to Thai foods.

The Jeu de Belle flea market sells second-hand goods and special antique pieces. For the best European antiques, be sure to visit the Petit Sablon. Shoppers interested in organic and sustainable products should check out Marche de Tanneurs.

The bustling city of Brussels has some admirable green spaces to spend time in the fresh air and take in the scenic views. Some of the best local parks to check out include the Bois de la Cambre, the Mont Des Arts garden, the Petit Salon Square, and the Park du Cinquantenaire.

At the southeastern edge of the city, you’ll find the expansive Sonian Forest dense with European beech trees and oaks. It’s an especially good place to enjoy a Brussels sunset.

The unofficial capital of Europe is the perfect site for Mini Europe, a theme park with scaled-down versions of all the famous European landmarks such as the Eiffel Tower, the BerlinW all, Big Ben, and more. It’s a must-see especially for world travelers with children.

It represents around 80 cities with 350 miniature buildings. Mini Europe is one of the most popular Brussels attractions and welcomes more than 350,000 visitors a year. At the same time, you can visit Atomium, another landmark building nearby. Originally constructed for the Brussels World Fair in 1958, it is now a museum. 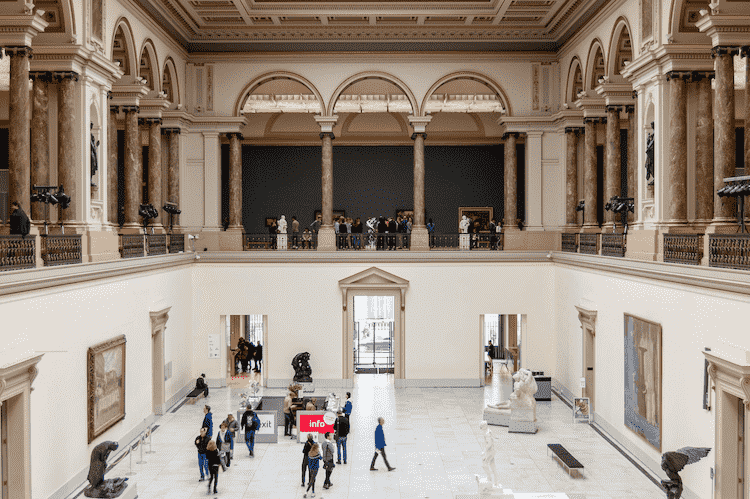 Brussels is filled with a host of fascinating museums. Traveling museum lovers could spend several days experiencing all of them. These museums range from art collections to musical instruments to high-tech attractions and lots of oddities in between.

The Musée Magritte shows off the world’s largest collection of the artist’s surrealist work. The Brussels City Museum is filled with paintings and artifacts.

Some of the off-beat museums to visit include the Musée Mode & Dentelle where Brussels lacemaking traditions are featured. Explore the natural world at the Musée des Sciences Naturelles where paleontology and fossils are highlighted. The Musée Art & Histoire features fascinating treasures from wooden bicycles to Roman art.

Chocolate lovers would be remiss not to visit the Musée du Cacao et du Chocolat which chronicles the history of European chocolate along with tasty samples.

Brussels pays homage to the country that introduced the world to the Smurfs and Tintin with comic shops, murals, and museums. The iconic Broussaille is the city’s first giant cartoon mural (1991). it features a gay couple strolling arm in arm. The Josephine Baker mural features the Afro-American superstar with her pet leopard.

The Chez Moeder Lambic is a quirky old cafe and beer spot with a huge collection of dog-eared comics patrons can flip through. The Centre Belge de la Bande Dessinée is a museum that gives an overview of Belgium’s comic strip culture.

The cafes scattered around Brussels have become cultural institutions over the years with features unique to each one. The 1886 Le Cirio Cafe is characterized by gleaming polished brasswork and waiters in aprons while the La Fleur en Papier Doré has graffiti by the surrealist Magritte and his pals scribbled on nicotine-stained walls.