What is Panama Known For?

Known as the Crossroads of the Americas, Panama is one of seven countries in Central America. The word “Panama” means an abundance of fish, but the country’s diversity goes far beyond sealife. A variety of landscapes, small historic towns, a mountainous interior, and the only capital city in the world with a rainforest in its city limits are packed in a small geographic area between two oceans.

Ease of travel and the ability to enjoy a myriad of unique experiences within a short stay make Panama a world-class destination. But before you go, enhance your trip by learning about what Panama is known for. 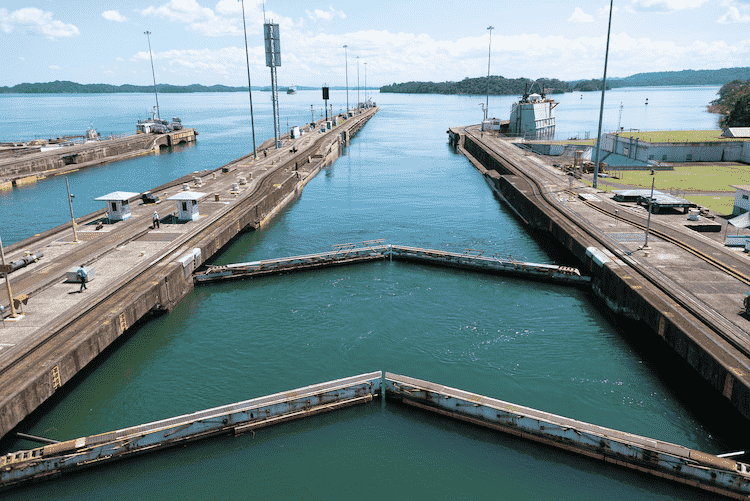 The most famous tourist attraction in Panama is one of the most remarkable feats of mankind. One of the seven modern wonders of the world, the Panama Canal is an 82 km (50 mi ) manmade waterway that cuts across the isthmus to connect the Atlantic and Pacific Oceans. As a result, the time to navigate safely between two major oceans is drastically reduced.

The creation of such a passage was dreamed about as far back as the 1500s as a potential shortcut from Europe to East Asia. But dense jungle and mountainous terrain made it impossible at the time. The US Army Corps of Engineers accomplished the feat between 1904 and 1914. Almost 30,000 people lost their lives from accidents and disease while working on the project.

Travelers used to the straight and narrow concrete canals of Europe are often surprised by the Panama Canal’s likeness to a river or lake. Visitors can take a short cruise on a tourist boat or private charter to explore the lakes and islands with a backdrop of gigantic cargo ships passing through the canal.

Go beyond the skyscrapers and casinos of the capital city to explore the remains of the original Panama City at Panama Viejo. Dating back to 1519, the site was the first permanent European settlement on the Pacific coast. The former home of Pedro Arias Dávila and 100 other inhabitants is now a UNESCO Cultural World Heritage Site.

Points of interest at the archeological site include the Old Panama Cathedral and other historical ruins. Built between 1619 and 1626, the traditional design is of two side chapels that form a cross-like shape when viewed from above. Visitors can climb the iconic bell tower to view the modern Panama City skyline. Historians think the bell tower may have once served as a watchtower.

The former homes of Cabildo de la Ciudad and the Casas de Terrín face the Plaza Mayor (Grand Plaza.) The massive ruins of the private residence of Casa Alarcón are found north of the cathedral. It’s the largest-known private residence and dates back to the mid-1600s. The Iglesia y Convento de Santo Domingo is found north of the Alarcón former residence. Dating back to the late 1500s, it is the best-preserved church of the ruins. 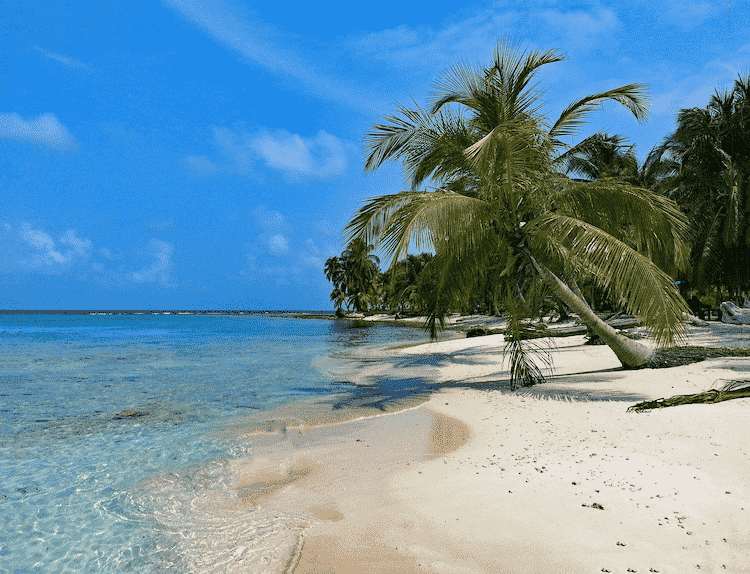 The San Blas islands are an archipelago only a few miles from Panama’s Caribbean coast. The islands are occupied by the Guna, the original tribes of the Guna Yala comarca region. The islands are especially idyllic and known as some of the world’s most beautiful small islands. The sand is soft and white, the water is crystal clear, and tall palms sway in the Caribbean breeze.

There are two ways to visit the picture-postcard-perfect islands. You can book a luxury cruise on a sailboat charter. The luxury catamarans last from three to 21 days and meals and beverages are included. If you can’t go the luxury route or prefer a more Robinson Crusoe-type adventure, you can book a stay on the islands with the local indigenous people. It’s an off-the-grid experience, so prepare accordingly.

You’re sure to see lots of lightweight, breathable, and light-colored brimmed hats while in Panama. Although they’re called Panama hats, they actually originated in Ecuador. In the 1850s, hat makers from Ecuador migrated to Panama so they could sell more hats.

With their tropical look, the hats became a trendy fad at the beginning of the 20th century, and everyone called them Panama hats. Don’t leave without one or two world-famous Panama hats! 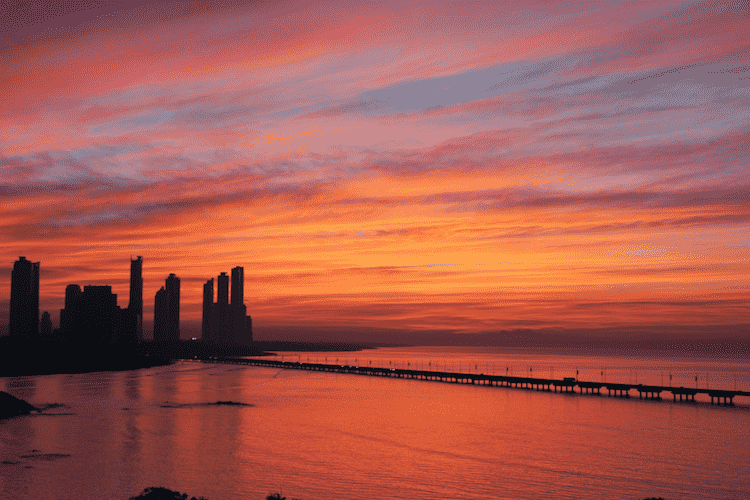 Panama is the only place on the planet where it’s possible to watch the sunrise over one ocean and see it set over another ocean on the same day. The isthmus is only about 80 km (50 mi) wide at its narrowest point and is between two oceans. The way the country snakes around, the Pacific Ocean is actually south and east of Panama City, and the Atlantic Ocean is to the north and west.

You can watch the sunrise over the Pacific, and when it’s time for the sun to set, you can cross over to the other side and see a breathtaking sunset over the Atlantic. Or you can spend the day at the towering Baru volcano where, on clear days, you can see both oceans at the same time.

Large investments from the Middle East, China, and the rest of Latin America have boosted Panama’s economy in recent years. Following its independence from Colombia and the agreement to build the canal, the Panamanians adopted the US dollar in 1904. It was the first Latin American country to do so.

Countries that use US currency, which includes around 350 million people, won’t have to worry about currency exchanges when traveling in Panama. 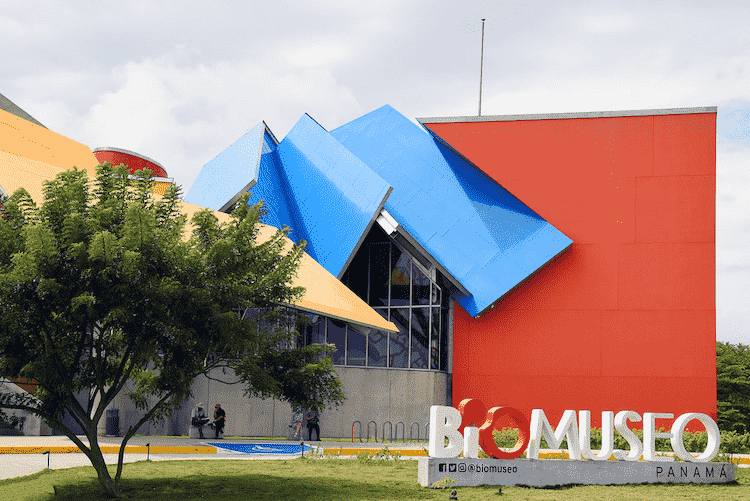 Relatively speaking, the Panama isthmus was formed fairly recently on the geological timeline. Learn more about its impact on the world’s biodiversity and Panama’s commitment to protecting the environment at the Biomuseo. The colorful, geometric museum was designed to tell the story of how the isthmus was formed and separated a vast ocean into two and changing the biodiversity of the planet forever.

The space contains eight unique galleries of indoor interactive exhibits and several outdoor spaces including the Garden of Microdiversity, the Garden of Evolution, and the Garden of Crops. Outdoors, you’ll get an impressive and apropo view of ships passing under the Bridge of the Americas.