Yeti Hopper vs Polar Bear Cooler (Save Yourself Some Money) 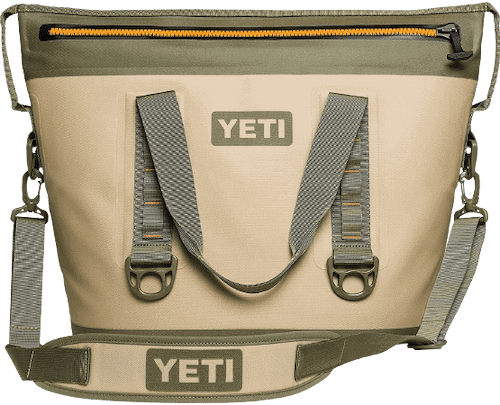 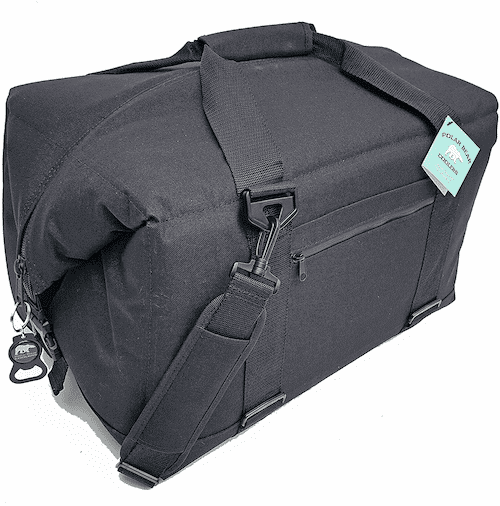 When you want to keep your drinks or food as cold as they left the fridge a soft cooler like the Yeti is a no brainer.

However, although they are one of the best (for a reason) they are also one of the most expensive on the market.

So, it’s worth checking out a great alternative like the Polar Bear Cooler to see how they stack up, and if the cost savings are worth it. (Spoiler alert: the Polar Bear is way cheaper).

Starting with a side by side comparison, let’s take a look at what you get for your money.

The Differences Between Them

As you can see from the comparison chart above, there are quite a few differences between the Yeti Hoppers and the Polar Bear Nylons Series.

The Yeti has 3 main sizes but cannot compare to the beast of a 48 can cooler from Polar Bear. However, if you are hauling that much liquid, it will be super heavy. The Polar Bears are lighter when empty (as you can see in the specs) by some 40-50%. This is probably due to the heavier duty materials on the Yeti.

Both these coolers are going to be super waterproof when standing/sitting the right way up. That is fine for 90% of the time, but if you happen to lie it down, or it tips over in the car, then the Polar Bear will leak like a newborn baby.

So, if you plan on using this anywhere where water could be an issue, then the Yeti is way better. They have a 100% water/leakproof zipper, that is taken from the Hazmat suits (ie. the guys who need protection from chemicals, etc) so you know it’s reliable.

Both these coolers will last you for years, but Yeti have gone to the extreme with this cooler. They have used materials that are insanely durable. It’s called DryHide and it’s their own material that is not only super abrasion-resistant but also resists puncture, mildew (handy around wet stuff), and UV (great for when you leave it in the sun for hours – plastic tends to break down over time).

One crazy guy from Outside Magazine even took this and tied it to his car and towed it for a few miles. It came out almost new!

If you compare the Yeti Hopper with the Polar Bear Nylon (there is a more expensive UV resistant model called the Solar Bear) then it’s a no brainer – the Polar Bear is cheaper by a long shot!

So, if you are worried about price, go with the Polar Bear. No question.

Other Handy Features They Have

Both Yeti and Polar Bear are serious about keeping your stuff cold, so they have both used cell-foam technology to keep your food and drinks cold for…well, sometimes more than a day. Yes, they are that cold, especially when you follow their advice and use the right amount of ice.

These are also softbag coolers, so far easier to haul over your shoulder into a campsite, to a game on the weekend, or onto the boat for a day out on the water. The Yeti is a little better designed in terms of carrying, with a tapered top which helps it slam less into your hip as you walk. Not a big deal, unless you are going to walk long or often with it full.

Although the Yeti is over-the-top durable, the Polar Bear is also made from top-notch 100D Nylon, with a reinforced bottom, so neither is going to wear out in a hurry. It’s just the Yeti is renowned for their strong coolers!

Inside the coolers they are both using food-grade materials that is waterproof and won’t ruin anything you put in it.

They also both come with carry handles and a shoulder strap so are easy to carry no matter which way you prefer.

Last but not least, if you have a few extras you need to carry, the Polar Bear has an external pocket, while the Yeti has loops for attaching things like a bottle opener (but no pocket, which is a little disappointing for the price).

Is the Yeti Worth the extra money?

For most of you, I would stick with the Polar Bear. It is waaaaay cheaper, and will hold up to all the abuse you can throw at it, and still keep your stuff cold.

However, if you do use these things in a car or other places where leakage is an issue, the Yeti might be worth the extra money (plus it looks a lot cooler :>). And, they are durable as anything, so will last you probably a generation or two (you can give it to your grand kids!)