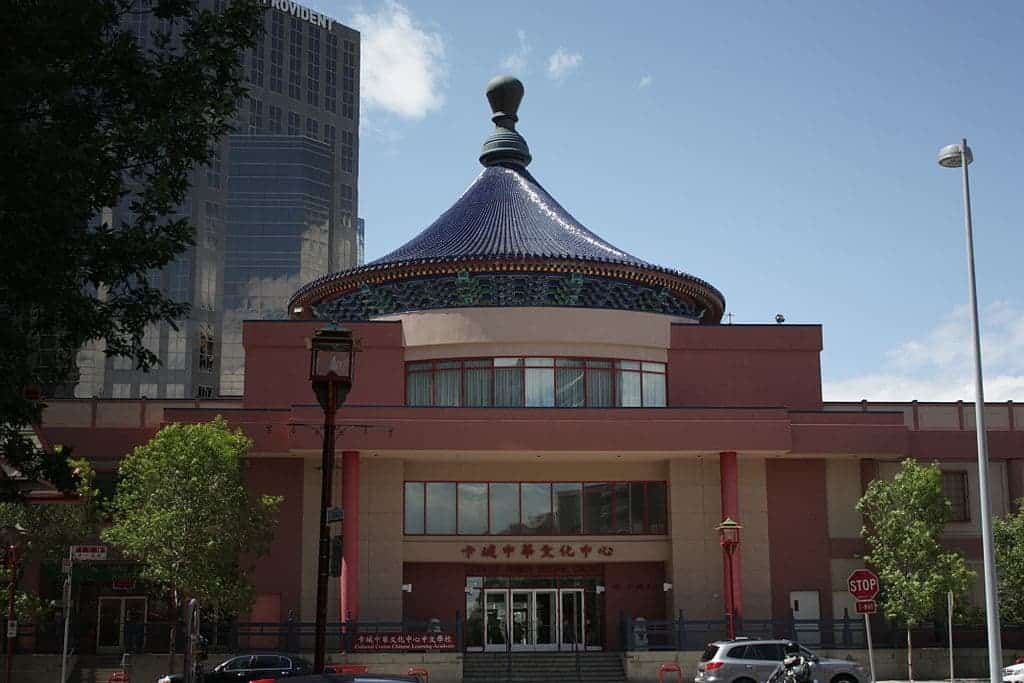 Calgary is best known for its famous rodeo and its winter sports. Surprisingly, it is also home to Canada’s 4th largest Chinatown by population (after Vancouver, Toronto, and Montreal), and the largest by area. In the 2012 municipal census, Chinatown had a population of 1,577.

The blocks immediately surrounding Chinatown are also multi-ethnic, with a strong Asian influence.

Calgary’s Chinatown was officially founded in 1910, and celebrated its 100th anniversary in 2010. However, there was a strong Chinese presence dating back to the mid-19th century.

The first small concentration of Chinese in Calgary developed on the eastern edge of downtown at the end of the nineteenth century. Riots broke out in 1892 when some of the Chinese were discovered to have smallpox, and the Chinese population had to be protected by the police. In 1901 another area of concentration, again mostly a handful of residences, laundries, and restaurants, developed on the southwestern edge of downtown, on the other side of the railway tracks, when a local minister helped the Chinese obtain rental property. In 1910 soaring property values in the city led to the sale of the properties rented by the Chinese. But this time local Chinese businessmen were able to buy land, and they reestablished themselves on the northern fringe of downtown near the Bow River, on Center Street between 2nd and 3rd Avenues, an area little valued because it was prone to flooding.

This area of concentration did grow slightly to include neighboring blocks as the population of Chinese in Calgary grew from 485 in 1911 to 1,054 in 1931. But additional growth was limited, because of the national prohibition on Chinese immigration, and because of the tendency for the Chinese to establish small businesses in suburban areas, which allowed little chance for community roots to grow. But by 1961 immigration regulations were relaxed and the census identified 2,232 Chinese in the city of a quarter of a million inhabitants. Chinatown contained approximately two-fifths of this total and had eleven different social associations, a school, two Chinese Christian churches, and thirty businesses, a majority of which were restaurants or other food businesses.