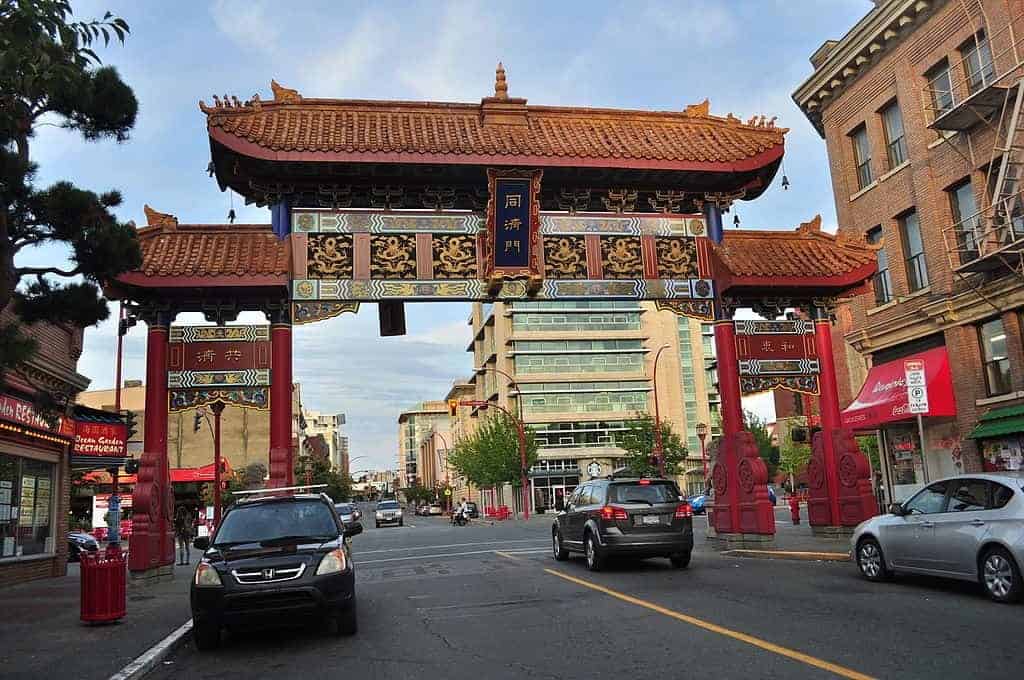 With their home land being torn apart by war and famine the Chinese immigrated to Victoria in 1858 with the hopes of finding gold to build better lives for them and their families. Typically the men would work and send money home to their families. They quickly built a community of homes, schools, theaters and business’s. Within their community they became very efficient by working in factories, laundries, the logging industry and other varies industries.

Chinatown also had a reputation of a darker nature due to the opium dens, gambling, and women of ill repute. It was the “Forbidden City”, it wasn’t a place that decent folks would wander. Outsiders began to refer to this community as “Chinatown” while the residents referred to it as “Tangren Jie” which means “Chinese Streets”. Residents soon began to refer to it as Chinatown as well. It was a place to call home and begin a new life.

Victoria’s Chinatown is the oldest in Canada, and second in age only to San Francisco’s Chinatown. Chinatown continued to grow steadily until 1911 with a population of about 3,158 people. That was and is the largest population Chinatown has seen since it started to suffer a serious decline.

About the Author Finkee Vitan