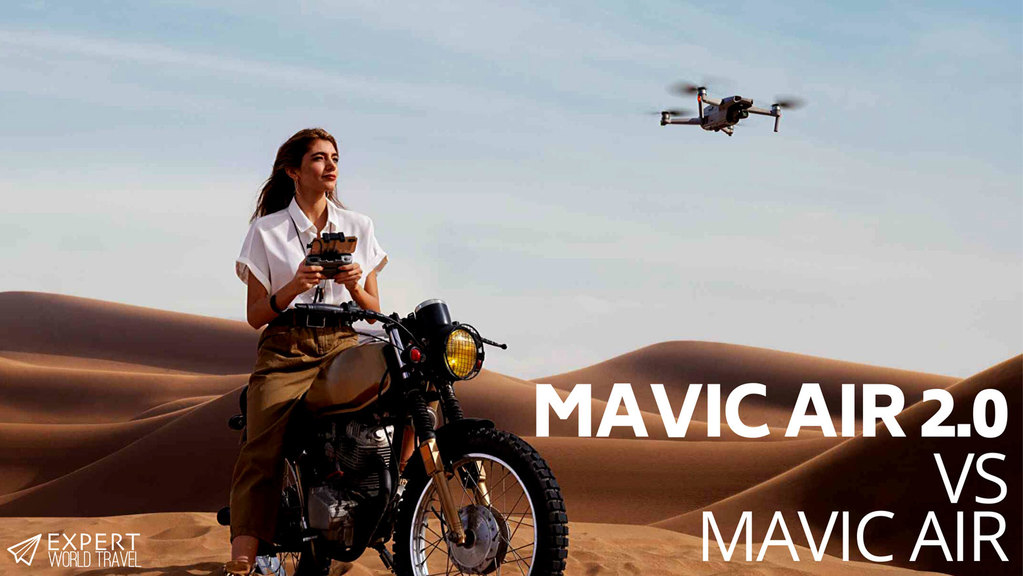 If you are looking for a top notch drone that is still small enough to carry around almost everywhere, then the Mavic Air 2 is probably the best out there right now. 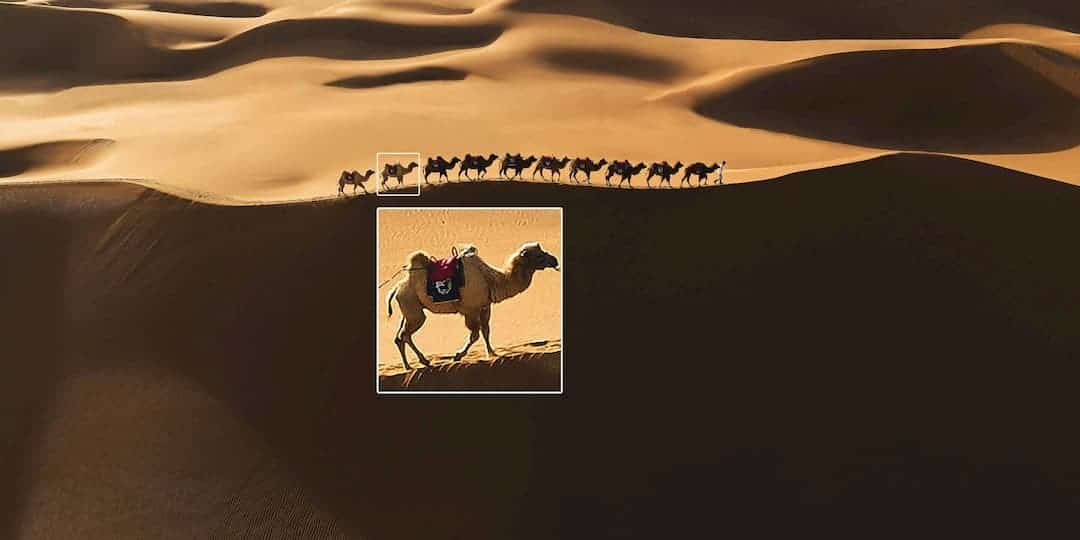 The improved 1/2 inch Quad Bayer CMOS Sensor has 48MP which can be fully leveraged on the Mavic Air 2.0, although the default setting is to take 12MP photos.

DJI have also included some very cool photo modes to help you take the best photos possible, even if you are not a pro. For example, they have a mode called Smart Light, which uses both HyperLight and HDR to take the best elements of both. They also have lots of preloaded defaults they recognise, things that are often hard to get right like snow, sky and sunset.

There is also a possibility to take huge HDR panoramas, so you can really use the drone to its fullest and capture those stunning wide-angle scenes.

The new sensor also ups the ante in terms of 4K video too, which the original had also. Instead of the old 4K at 30 fps, you can now shoot at 60 fps. This means far higher quality and it also just gives you more options.

DJI have also added some great video modes to the Mavic Air 2 using this improved capability.  First, there is the 8K hyperlapse with various modes, which is great to do while the drone is slowly moving. The other is the 240fps ultra-slow-motion, so you can really capture the action and slow it down in replay.

The Mavic Air 2 also has some cool new Active Track modes so it's not just the "same old" view of the subject.

Here are all the video and photo specs:

One of the most important things for any drone pilot is flight time and distance. After all, it is a real pain to have to return to base and change batteries, just as you were getting somewhere, right? On top of that, there is nothing worse than losing connection with your drone and potentially losing your drone all together - often called a "fly away"!

That is where the spec improvements on the Mavic Air 2 really come in handy. The flight time massively improved at 34 minutes (versus 21 minues on the Mavic Air original). This means not only longer in the air, but also less need for "more batteries". Not that having spares charged and ready to go is a bad thing!

DJI have also used the new OcuSync 2.0 for connection and transmission between the drone and the controller in the Mavic 2. This means that you can safely fly further, as the connection is more reliable. It also provides a far higher standard of video during the flight with 1080p possible up to 10km away. 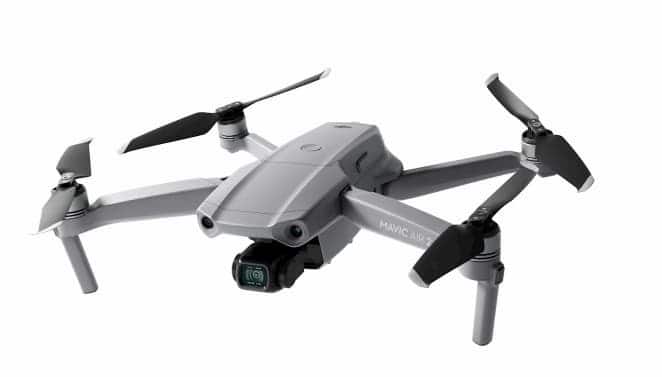 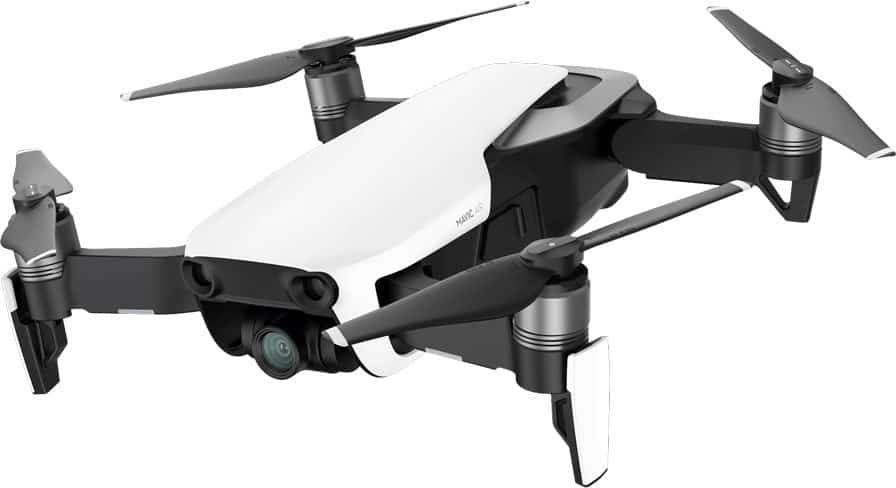 The Mavic 2 is bigger and heavier than the original was. So, if you are looking for the smallest or lightest drone on the market, then the Mavic Mini is probably a better bet, if you don't mind the 2.7K video resolution.

But the Mavic Air 2 is now 140g (5oz) heavier than the Mavic Air 1.0, at 570g total. It is also larger overall, which might annoy you if you are looking to be able to pocket this baby. Not that having a drone in your pocket is comfortable at any point in your life!

The extra weight does have some advantages though. When the winds pick up, it is the heavier drone that is more stable and easier to fly.

DJI have also moved the Mavic Air 2 more in the direction of the other higher end Mavics in terms of design. There is now only a gray color available, whereas on the original you could get white, black or red. Similar to the bolder colors you could get on the Spark.

Here are the design specs in overview 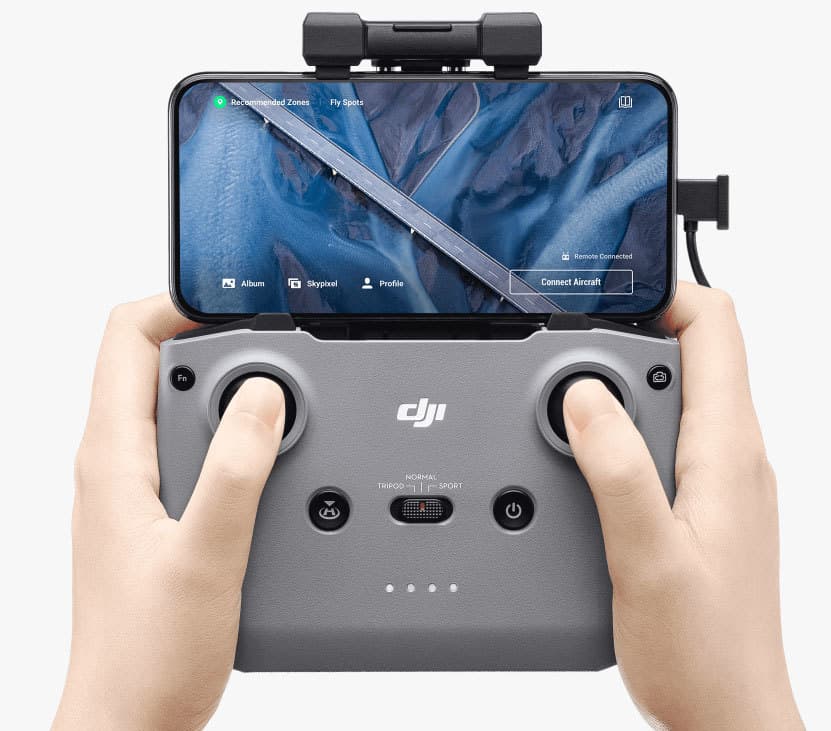 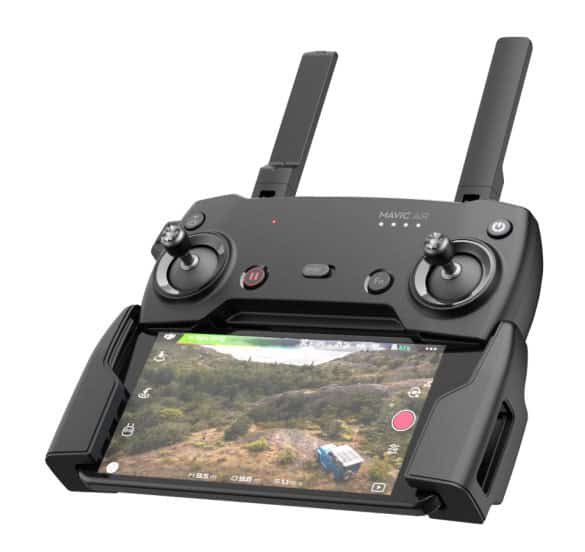 It's great that both the Mavic Airs have a dedicated controller. It makes flying a drone so much easier, and you can also go a lot further than by just using wifi on your phone.

The original used the kind of controller that the other Mavics do with the screen/phone attached at the bottom between two folding arms. This makes for a compact, easier to store controller, which was great for the smaller Air 1.0.

The Mavic Air 2 comes with a new controller which has some pros and cons, depending on how you think is important. The biggest change is the placement of the screen/phone. This now goes at the top, above your hands, which makes for a far better flying experience as you are no longer potentially blocking the screen. And, it is higher up so easier to see.

The overall grip and comfort of the controller is also improved because DJI have specifically moulded the plastic for that purpose. Those pesky arms are no longer jutting into you or making for a difficult grip.

The downside is that the this controller is far bigger and bulkier and harder to store. Of course, the joysticks still come off, which is a plus, but it doesn't hide the overall size increase. Not a deal breaker of course, but still it's bigger to carry.

OH, and one last thing! If you are a fan of DJI's dedicated Smart Controller, then you will be disappointed to hear that it is not *yet* compatible with this drone. So, you have to use the controller it comes with (and your phone) for the time being.

Mavic Air 2 vs Mavic Air
Which Should You Get? 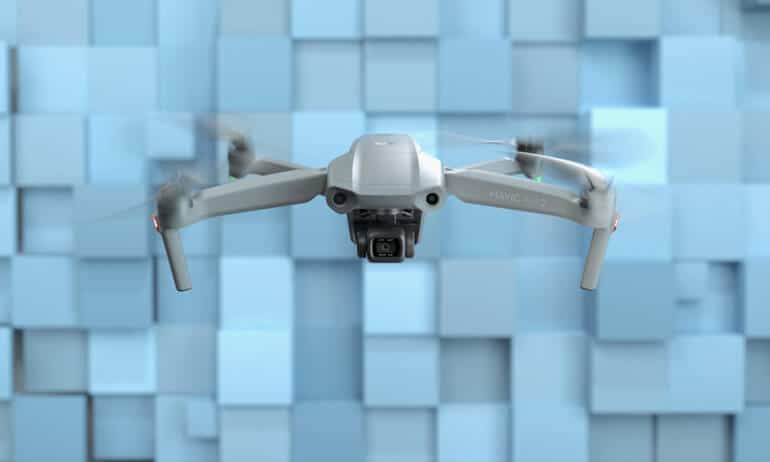 So, should you spend that extra $200 bucks to get the Mavic Air 2 over the original?

Here are some reasons why the Mavic Air 2 is worse

If I had the choice right now, the Mavic Air 2 would be my goto drone for non-commercial flying. It is still super light, and comes with insane quality video and images for the price.

The Mavic Mini is great for just playing around, and it a better choice for family fun. The Mavic Pro 2.0 is even better for pros (if you don't want to go up to the commercial levels)

Those are my three choices for drones right now, and the Mavic Air 2 is at the top of the list for almost the best in every category.