​With all the world traveling I have done through the years as a travel blogger, this past Christmas vacation was my very first visit to the Dominican Republic and to say I loved it would be an understatement!

Only three hours from New York, it is a tropical Caribbean island filled with intoxicating sandy beaches, luxury vacation resorts, fascinating history, and a spirited and passionate culture of people that makes visitors fall in love with this Hispaniola island nation.

Geographically joined with Haiti to the west, the Dominican Republic has had its share of turbulent times in the past, but has grown into a country with a thriving economy. Today it ranks number one as the most visited island in the Caribbean and a popular destination for family vacays as well as weddings and honeymoons.

Maybe that is because of its stunning and scenic beaches or perhaps, that visitors can enjoy the beautiful coral reefs while scuba diving or the island’s lush landscape for hiking, biking and horseback riding. 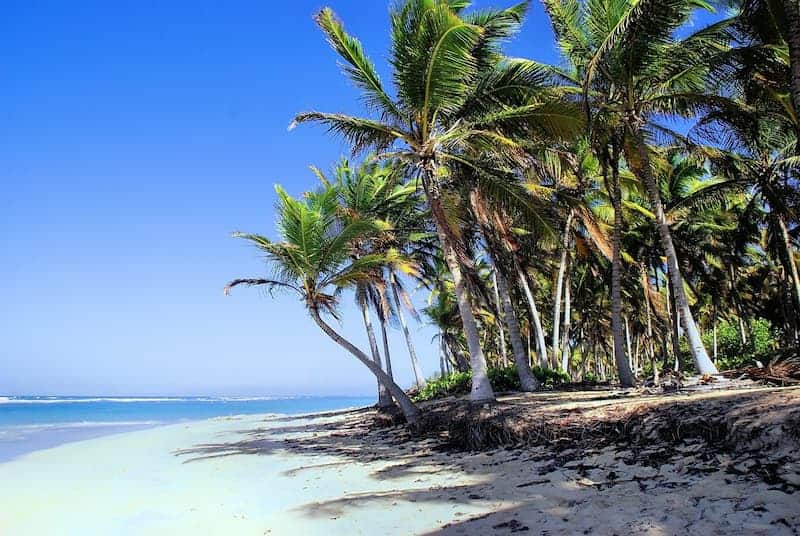 The rich Dominican Republic culture has made its way to the United States, and specifically to the Bronx, for which Dominicans comprise a large part of its population, imparting their native culture, customs and amicable way of life!

As for the history and specific nuances of this special island, I hope you will enjoy the Dominican Republic facts I’ve assembled below. ​

Table Of Contents Show All
1. The largest economy in the Caribbean and Central American Region
2. The first permanent European settlement in the Americas
3. Santo Domingo is a UNESCO World Heritage Site
4. The island’s former name was Santo Domingo
5. Only The Dominican Republic produces Larimar
​6. It’s the only country who’s flag features the bible
7. They have some of the best baseball players
8. They have world-class fashion designers
9. Dance the Merengue
10. The people are amazingly warm, friendly and vibrant
Other Dominican Republic Facts
Pin It For Later!

1. The largest economy in the Caribbean and Central American Region

With a thriving economy built on the export of sugar, coffee, and tobacco, the flourishing industries of mining and agriculture and the expansion of tourism, it is the largest economy in the Caribbean and Central American region, and the tenth-largest economy in Latin America.

And the official language is Spanish, in case you did not know! And similarly, their currency is even called the Dominican Peso, just as Spain once did.

2. The first permanent European settlement in the Americas

February 27, 1844, is the official independence day of the Dominican Republic, however, prior to this monumental day, Christopher Columbus visited the island on December 5, 1492, and later founded it, naming it Hispaniola, making The Dominican Republic the site of the first permanent European settlement in the Americas. 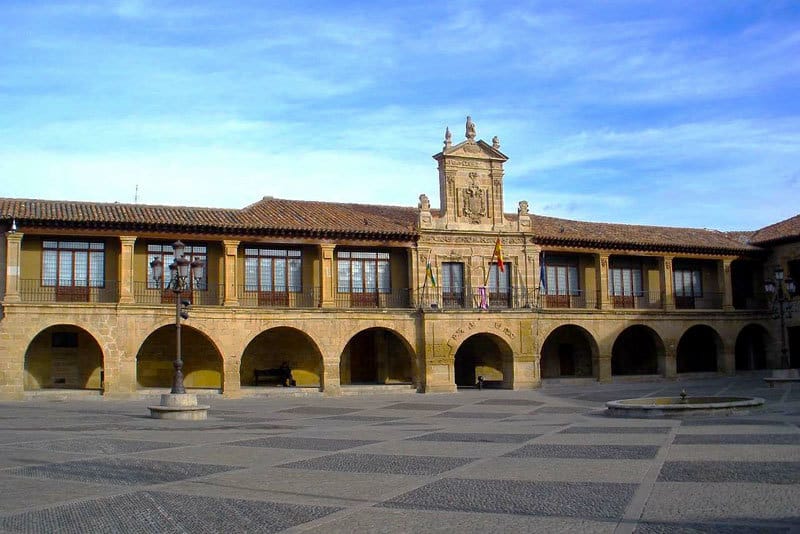 One of 1073 UNESCO World Heritage Sites around the world, the colonial city of Santo Domingo is the Dominican Republic’s capital city and one of the Caribbean’s oldest cities. The “Zona Colonial” is Santo Domingo’s historic center, with its cobblestone streets and buildings dating back to the 1500s. The Cathedral of Santa María la Menor, dedicated to St. Mary of the Incarnation was built in 1512 and completed in 1540, making it the first cathedral built in the New World.

In 1804, the western third of the island was separated as a new entity and the new country of Haiti was born. The remaining portion of the island, at that time, was known as Santo Domingo, for which Haiti ruled over until 1844, at which time the area became independent and was named the Dominican Republic. 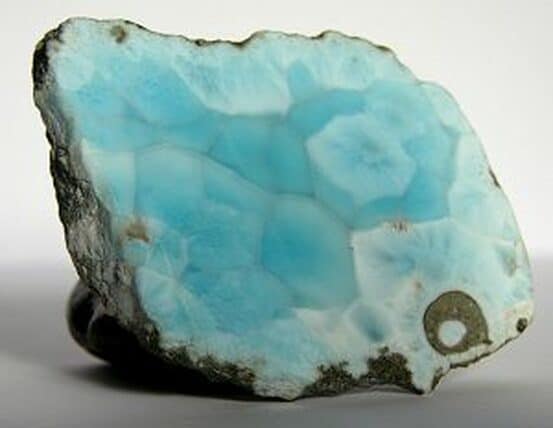 5. Only The Dominican Republic produces Larimar

Yes, the Dominican Republic is the only country in the world to produce a rare blue variety of the silicate mineral pectolite, called Larimar

During my visit, I had an opportunity to chat with one of the managers of the hotel, who told me the story of the stone indigenous to the Dominican Republic, called Larimar. A very beautiful stone, its color changes from white, light-blue, green-blue to deep blue. (Guess what I bought for myself as a souvenir – you guessed it – a lovely Larimar bracelet and earrings!)

What is also interesting is the way in which this stone got its name. ​The story goes, that Miguel Méndez and a Peace Corps volunteer by the name of Norman Rilling rediscovered Larimar in 1974 (which was originally discovered by Father Miguel Domingo Fuertes Loren of the Barahona Parish in the early 20th Century) on a beach at the foot of the Bahoruco Mountain Range, the coastal province of Barahona.

Natives believed that the stone came from the sea, and they called the gem Blue Stone. Miguel took his young daughter’s name Larissa and the Spanish word for sea (mar) and formed Larimar, to suggest the colors of the Caribbean Sea where it was found.

Given this stunning blue stone, it is no surprise that the Dominican Amber Museum in Puerto Plata is such a popular attraction. 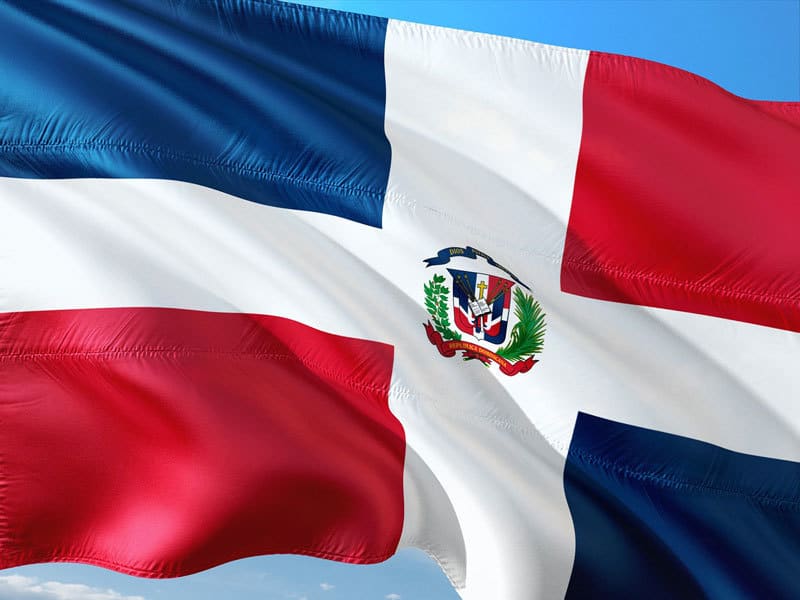 ​6. It’s the only country who’s flag features the bible

Founding father Juan Pablo Duarte designed the Dominican national flag, which was adopted on March 21, 1908 making it the only one in the world to have the image of the holy bible in it. The bible is open to the Gospel of John chapter 8, verse 32, which reads: “And the truth shall make you free”.

The Dominican flag is also comprised of three colors: red, white and blue, with each color representing something different.

Another fun fact is that the “Dominican flag” is also the name given to their national dish. This dish comprises rice, beans, and some sort of meat – usually chicken or steak.

7. They have some of the best baseball players

The second-largest number of Major League Baseball players are from the Dominican Republic. Not surprising since it is their national sport.

Second only to the United States, the Dominican Republic sends more players to Major League Baseball than any other country in the world, with two Dominicans, Juan Marichal and Pedro Martínez, inducted into the Baseball Hall of Fame.

8. They have world-class fashion designers

Dominican Oscar de la Renta is one of the best-known fashion designers of the 21st century.

10. The people are amazingly warm, friendly and vibrant

To me, perhaps the biggest impression that was left on me and my girls, after spending nearly a week in the Dominican Republic was the friendliness, warmth and vibrant nature of the Dominican people! With their amazing sense of humor, talkative way, love of music and down to earth kindness, it is no wonder this island is a place people are flocking to more and more.

We had the joy of celebrating Christmas Eve on the island and in a country that is predominantly Catholic, the observance of this holiday is quite reverent. A beautiful nativity re-enactment was performed on the stage at our resort, which we were comfortably able to view from our suite balcony. A lovely sight to behold, being Catholic myself.

As far as music goes, it was neverending! From the moment we woke up till 10:30 each night, festive and lively Spanish music was heard throughout the property. Everyone we had the pleasure of encountering from the moment we arrived in Santiago Airport and throughout our stay was engaging, upbeat and down to earth.

There are some other interesting facts about the Dominican Republic that I thought I would share.

First, the national bird of the Dominican Republic is the Palmchat. In Spanish, it’s called  “cigua palmera,” because of the palm trees where they make their nest.  The Palmchat is an endemic species of Hispaniola island.

The national anthem of the Dominican Republic is called “Himno Nacional”  and was created by a musician called Jose Reyes in 1883. And it is sung in the official language of Spanish, of course!

The largest towns on the island are Santo Domingo, Santiago de los Caballeros and San Christobal.

Elisa is co-founder of Travelin’ Cousins travel blog along with her cousin “Travelin’ Tanya.” She lives on Long Island, New York with her two daughters and her dog Punkin. An entrepreneur whose professional career has included a variety of businesses in the toy, licensing and direct marketing industries, she is now a blogger and freelance writer. Founded in 2014, Travelin’ Cousins is an award-winning blog, named #7 in Brand Ballot’s Top 10 Mom Blogs, for those who love all things travel, local and afar as well as cultural experiences, events and the local foodie scenes – vegan and non-vegan – around the world. Cousins Elisa and Tanya share their daily adventures near and far, together and separately with the goal of inspiring people to embrace their inner traveler. 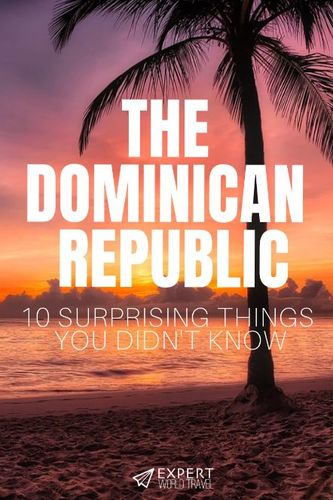