Getting Around Tokyo (Subways, Trains & More)

When you are spending any time in Tokyo one of the most important things you have to figure out is how to get around – as fast and easy as possible.

Lucky for all of us, Tokyo is blessed with one of the world’s best train and subway systems which enables you to shoot around the city with ease. So, let’s start with that…

Tokyo‘s public transportation system is the most comprehensive in the world. It is also cleaner, safer, and more punctual than that any other metropolis in the world. Sure, the Swiss have great trains too, but not as mind-blowing as the Japanese!

However, the subway and train systems are run by several different companies, and getting around the city can be confusing to the newcomer. So, it makes sense to understand things a little bit before diving underground and jumping on a subway for the first time. 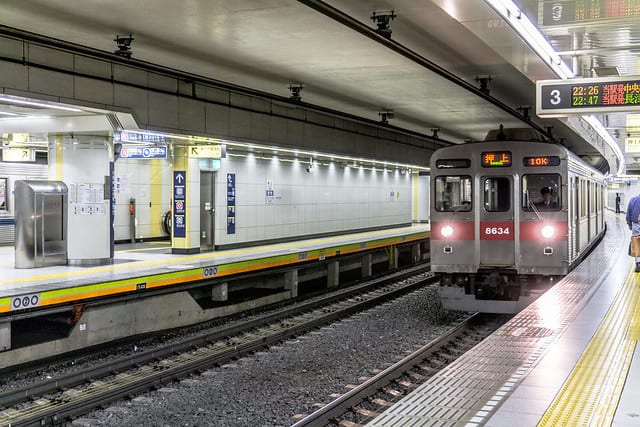 Get A Prepaid Card

Going from one place to another in the city may require transferring lines two or even three times, each of which may require buying a new ticket at the station. Although the situation has improved in recent years, station names on some of the fare maps are still in Japanese only.

Therefore, getting a prepaid card can be convenient if you don’t read Japanese.

Of course, if you are only using the public transport to get from the airport to downtown, then check out all the options you have here.

This is not so important until you get to Tokyo, but in case you want to know how far and where the subway reaches, you can check out the Tokyo subway map below. 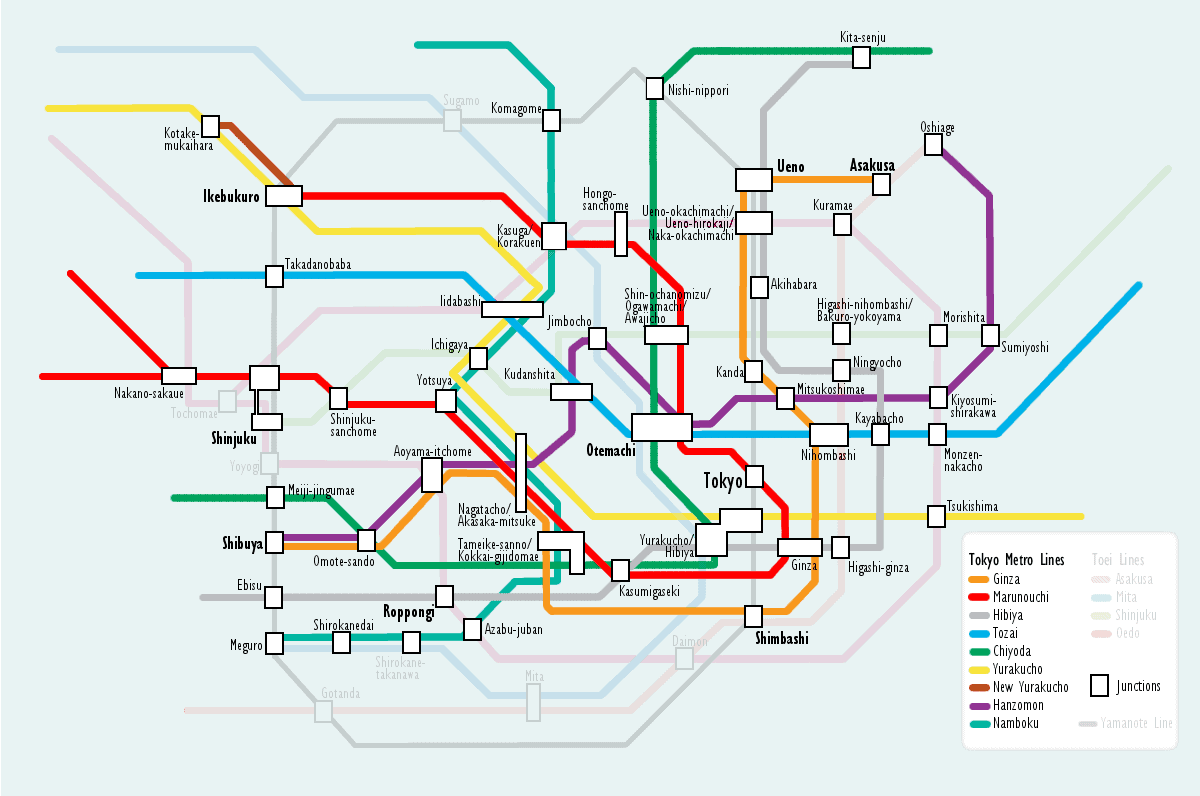 Trains and subways in Tokyo generally run between 5:00am and 1:00am, though some run throughout the night during the New Year’s Holiday on January 1-3. Trains are extremely punctual and run every 3 minutes or so during peak hours, and every 10 minutes or less in the early morning and late at night.

Trains and subways in Tokyo can get extremely crowded during rush hour and at the end of the night when they stop running. Hop on a train during peak hours for a real Tokyo experience, though women should be careful about chikan – men who grope women on crowded trains. Some trains now have some women-only cars. 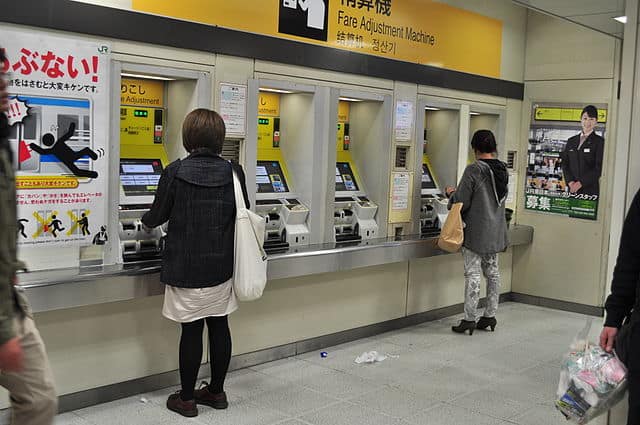 Tickets for trains and subways in Tokyo can be purchased at vending machines inside the stations. You can get one-way or round-trip, though there is no discount for return travel. Fares within central Tokyo are from 110 – 310 yen, depending on the distance.

Each rail company has a slightly different pricing system. The Tokyo Metro lines are usually the cheapest for trips over 5 stations, while the JR lines often cost less for shorter trips (JR lines are free with the Japan Rail Pass). The Toei lines generally cost the most.

A good option for visitors to Tokyo are prepaid fair cards. You can purchase them with a minimum balance of 1,000 yen including a 500 yen deposit, and they can be used on almost all of the regular trains, subways, and buses in the city. Prepaid fare cards can be recharged at any time and are very easy to use – just wave it over the touch pad as you enter and exit the gate. They are also helpful if you don’t read Japanese as some of the fare maps at smaller stations are in Japanese only. Any leftover amount including the deposit is refunded when you return the card, though a 210 handling fee will be charged.

There are two prepaid fare cards – Suica (JR East) and PASMO (private lines). Both cards can be used at almost every bus, train, and subway station in Tokyo, except for Japan Rail’s limited express and Shinkansen bullet trains.

Orange Cards are JR magnetic prepaid cards that can be purchased in units of 1,000 and 3,000 yen.

There are also several rail passes that offer unlimited travel on some or all of Tokyo’s trains and subways.

There are several different variations of the Tokunai Pass （都区内パス）. For travelers going to central Tokyo from Haneda Airport, the Monorail And Tokunai Free Kippu is a good deal. It costs 2,000 yen and is good for a round-trip ticket from Haneda and two days of travel on all JR lines within Tokyo’s 23 wards.

For 730 yen, the Tokunai Free Kippu or Tokyo Rail Pass is good for a round-trip ticket from stations in the neighboring prefectures and one day of travel on JR lines in the city’s 23 wards.

The regular Tokunai Pass also costs 730 yen and can be used for one day of travel in Tokyo’s 23 wards. It is worth getting for people who plan to go to several different ends of the city or take the train 5 or more times in one day.

The Tokyo Free Kippu （東京フリーきっぷ） is good for one day of travel on subways, JR trains, and buses running within Tokyo’s 23 wards. The price is 1,580 yen and includes Odaiba and Roppongi, two huge entertainment places the JR doesn’t go.

The Holiday Pass （ホリデーパス） is only sold on weekends, Japanese national holidays, and over the summer break. The pass costs 2,300 yen and covers one day of travel in the greater Tokyo area, including Saitama, Kanagawa, and Chiba prefectures.

The Travel Pass is good for all Toei buses operating within Tokyo’s 23 wards and costs only 500 yen. It is an economical choice for those comfortable trying to navigate Tokyo’s bus system.

The Free Pass is good for one day of travel on the Yurikamome Line and costs 800 yen.

The Open Ticket costs 710 yen and is good for one day of travel on Tokyo Metro subways.
For foreign travelers to Japan arriving via Narita International Airport, the Tokyo Metro One-Day Tourist Ticket provides the same service and costs only 600 yen. A Tokyo Metro Two-Day Open Ticket is good for two consecutive days and costs 980 yen. These two tickets are only sold at Narita Airport.

You can find the best way to travel between places in Tokyo on the Tokyo Metro websiteSimply enter your locations (arrival, departure) and they will help you find the best route between them.

If you end up owing more money than your ticket is worth, you can pay the difference at one of the Fare Adjustment Machines (norikoshi) inside every station.

One of the best ways to travel long distance in Japan is with a Japan Rail Pass.

All of the JR lines are color-coded. The JR Yamanote Line is green and does a circle around central Tokyo. It is the center of rail transportation in Tokyo and most of the other JR and private company lines begin at one of the Yamanote stations and travel to different places within the loop. Other lines on the JR include the Chuo, Sobu, Saikyo, and Heijin-Tohoku lines. It allows you to even do great day trips to places like the Chureito Pagoda for iconic shots of Mt Fuji!

The Japan Rail Pass allows foreign visitors to Japan unlimited travel on the JR trains. See here for more info about how to purchase a JR Pass.

The Tokyo Metro operates 9 lines throughout the city, including the Chiyoda, Namboku, Hibiya, Ginza, Hanzomon,Tozai, Yurakucho New Line, Yurakucho, and Marunouchi lines. The metro is scheduled to open the Fukutoshin Line in June of 2008, which will run between Shibuya and Ikebukuro.

The Rinkai Line is a subway line operated by Tokyo Waterfront Area Rapid Transit (TWR). It can be used to get to the entertainment area of Odaiba.

There are also several lines run by private companies that service the suburbs outside of the Yamanote loop. The Yurikamome is one of the largest private lines and is a great way to get to Odaiba – the aboveground tracks let passengers enjoy the view.

The private lines are convenient for taking day trips to areas around Tokyo and outside of the city. 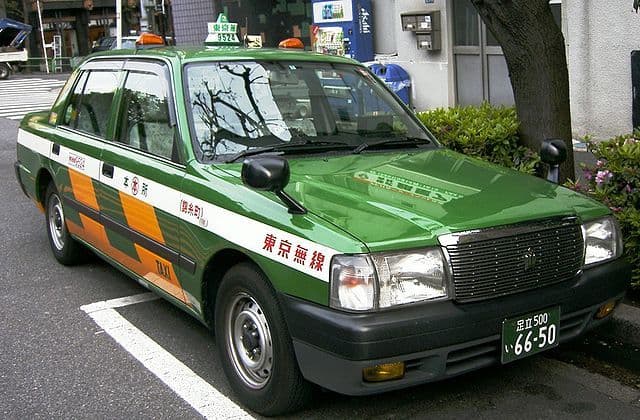 Taxis are expensive in Tokyo but can be a good way for groups to get around. Most taxi drivers don’t speak any English and you should carry the Japanese name and address of the place you want to go. The back seat door is automatic and the driver will open and close them for you, so don’t open and close the doors yourself. As with the rest of Japan, taxi drivers are not tipped.

Tokyo sits in the former city of Edo, the seat of the Tokugawa government. When Ieyasu Tokugawa built his castle in Edo during the early 1600’s, the small fishing village quickly grew in to one of the biggest cities in the world. In order to make it easier to defend the city from attack, roads were purposefully built in a confusing pattern and it seems like things haven’t changed much over the years.

As such, most taxi drivers are only familiar with Tokyo’s major locations, and you should bring something with the name and address of the place you are going written in Japanese. Fortunately, most places have free business cards with a small map printed on the back.

There are a couple of different kinds of taxis in Tokyo. The cheapest ones have meters that start at 710 yen and cover the first two kilometers of travel. A taxi ride across the city Expect to pay 20% more at night between 10 pm and 5 am. 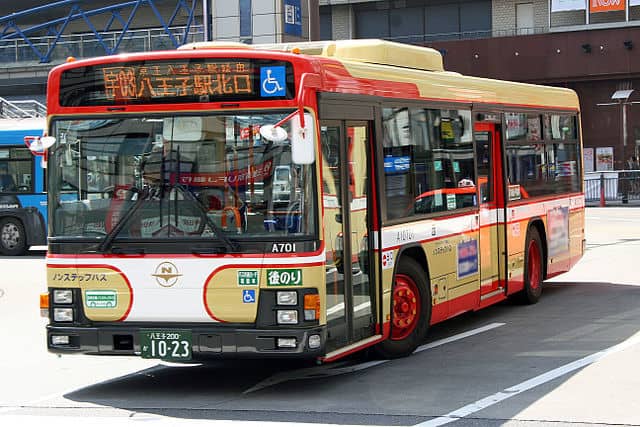 Buses in Tokyo are slower than trains and subways, and few of the routes have information labeled in English. Tokyo Metropolitan Government’s Transport Bureau prints an English map of all the city’s bus routes and it’s available at tourist centers around the city.

The set rate for city Tokyo city buses is around 200 yen and the price is the same no matter where you get off. Put the change in the farebox by the driver when you get on the bus and there is a change machine if you only have bills. and there is a change machine that shows the driver your destination in Japanese or finds the kanji on your route map.