Getting to Okinawa Island

Airplane and ferry are the only ways to get to Okinawa Island. The airports and ferry terminals are all in the capital city of Naha, on the southwest side of the island. Flights to Okinawa will arrive at Naha Airport and ferries dock at several ports throughout the city. 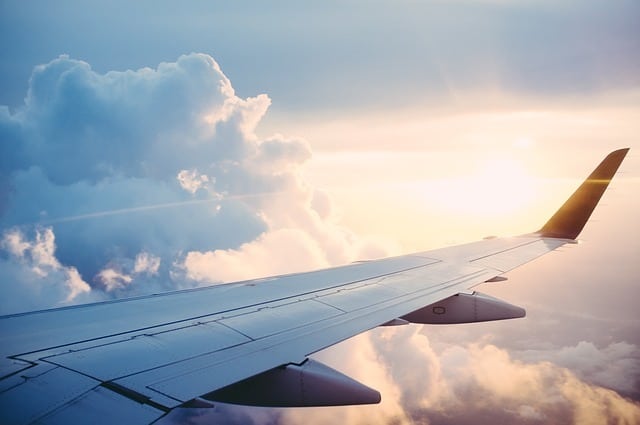 How to travel to Okinawa Island by plane

Naha Airport (OKA), sometimes called Okinawa Airport, is located in the capital city of Naha. The fairly new airport is the only one on Okinawa Island and is the main hub for travel to other islands in Okinawa Prefecture, including Miyako Island, Ishigaki Island, Irimote Island, and Kume Island. Naha Airport is the fifth largest airport in Japan and has flights from more than 20 cities all over the country. Major airports with flights to Okinawa include:

Located just beside the domestic terminal, Naha Airport’s international terminal has flights to and from Seoul, Taipei, and Shanghai. Charter flights between Okinawa and Hong Kong run from June to September and during major holidays, such as New Years and Golden Week. Garuda Indonesia is schedule to begin service to Okinawa from Jakarta in August of 2008.

Flights between Okinawa and Taiwan

Flights from Okinawa to Taipei are operated by China Airlines and depart daily at 11:45 am and 7:30 pm. Return flights from Taiwan to Okinawa leave at 8:15 am and 2:10 pm everyday. The trip takes about 1.5 hours.

Flights between Okinawa and Seoul

Flights between Okinawa and Seoul are operated by Asiana Airlines and depart at 12:40 pm on Tuesdays, Thursdays, and Sundays. Return flights leave Seoul at 9:20 am on the same days. The trip takes about 2.5 hours.

Flights between Okinawa and Shanghai

Flights between Okinawa and Shanghai are operated by China Eastern Airlines and depart on Thursdays and Sundays at 1:30 pm. Return flights leave from Shanghai at 9:30 am on the same days. The trip takes about 2 hours.

Flights between Okinawa and Hong Kong

Flights between Okinawa and Hong Kong run between June and September and depart Thursdays and Sundays at 5:00 pm, Mondays and Fridays at 9:00 pm. Return flights leave Hong Kong at 12:25 pm on Sundays and Thursdays, 4:40 pm on Mondays, and 4:35 pm on Fridays. The trip about 2.5 hours.

Okinawa is the premiere resort destination in Japan and over five million tourists visit the islands every year. Although most visitors are from mainland Japan, more and more foreigners are traveling to Okinawa via Taipei, Seoul, Shanghai, and Hong Kong. Domestic ticket prices vary according to season, with New Years, Golden Week, and summer generally being the most expensive times to visit. Prices also go up during spring vacation in March when many college students from the mainland visit Okinawa. The cheapest tickets are usually available during the typhoon season in mid to late September. International ticket prices do not fluctuate as much as domestic flights, though tickets are usually more expensive during the summer.

Regular prices for plane tickets to Okinawa from the Japanese mainland are between 35,000-40,000 yen one-way, and double that for round-trip. However, the emergence of Japan’s first budget airline with flights to Okinawa, Skymark, brought about a drop in ticket prices and an increase in the number of special fares and discount offers to the islands. Purchasing tickets in advance can save you 50% and fares for discount offers lower to as little as 10,000 yen one-way.Similar to the JR Rail Pass, the Japan Air Pass offers great value to foreign visitors traveling in Japan. Discount passes are of especially good value to people wanting to make a trip to Okinawa, as regular flights there are comparatively more expensive than flying within the mainland. 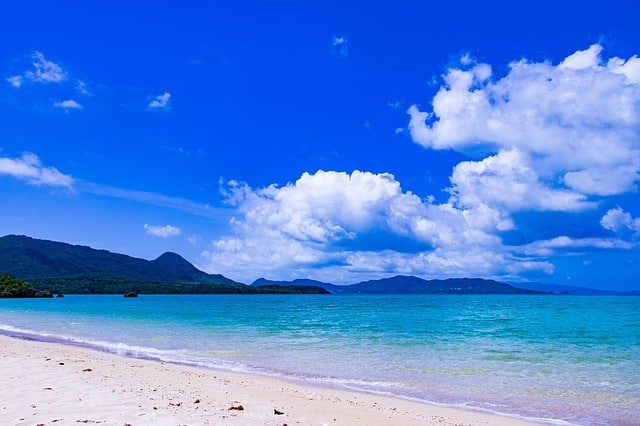 How to Travel to Okinawa Island by Ferry Boat

Ferries offer service between Okinawa and several places on mainland Japan, including Tokyo, Nagoya, Osaka, Kobe, Fukuoka, and Kagoshima. Although taking a ferry to Okinawa can be a fun experience, it will not save you much money unless you are forced to buy a regular priced airplane ticket. Weekly ferries between Okinawa and Tokyo take a minimum of 44 hours and the cheapest tickets cost 22,000 yen one-way. Ferries between Okinawa and Tokyo are operated by , Arimura Sangyo, and Ryukyu Kaiun. Booking service is in Japanese only, though tickets can be booked through local travel agencies.Alternatively, a one-way ticket between Okinawa and Kagoshima costs 13,000 yen. Ferries depart daily and the trip takes about 25 hours.Ferry prices between Taiwan and Okinawa can be substantially less than plane tickets, especially during peak seasons. Arimura Sangyo has ferry service between Taiwan and Okinawa, with stops at either Ishigaki Island, Miyako Island, or both. Tickets range from 15,600 yen to 29,300 yen, with a small discount for purchasing a return ticket. The trip takes from 16-19 hours.