Getting to Tokyo from Narita Airport

Most foreign visitors will enter Tokyo from Narita International Airport, which is 66 km (37 miles) from central Tokyo.

Narita is Japan’s largest international airport and offers several ways to get into the city. 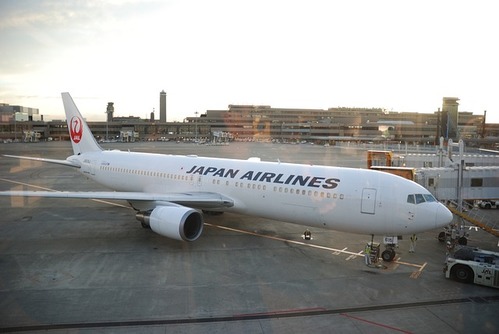 Limousine buses run from Narita to many of Tokyo’s top hotels. Prices are around 3,000 yen and take about 90-120 minutes depending on location and traffic conditions. Though they are not the fastest or cheapest way of getting to Tokyo, buses are the easiest and most convenient for people with luggage or jet lag.

Tickets can be purchased at counters outside of the baggage claim area and the bus stops are right in front of the airport – the cashier at the counter will tell you what number bus stop to wait at. Buses have lots of room for suitcases and bags and the conductor at the bus stop will give you markers for your luggage.

Tickets can be purchased either in advance or just before boarding the train. If seats are sold out on the train you can get a standing ticket (no seat) for 510 yen less. Private rooms for up to 4 people can be reserved for an additional 6,000 yen.

Foreign visitors arriving at Narita Airport can buy a Suica & N’EX card from JR East. The card costs 3,500 yen and includes a one-way trip to any JR station in the Tokyo Metropolitan area and a 2,000 yen Suica card (includes 500 deposit). Total savings are 1,500 yen or about half of a regular N’EX ticket to Tokyo.

Suica & N’EX cards are sold exclusively at Narita Airport and are only available to people with non-Japanese passports. Passport must be shown at the time of purchase.

JR‘s Rapid Express on the Sobu Line takes about 90 minutes to get to Tokyo station and costs 1,280 yen. Trains leave Narita about once per hour and can get crowded during rush hour.

Keisei’s Skyliner train offers reserved seats and goes from Narita Airport to Nippori Station and Keisei Ueno Station. The trip takes 56 minutes to Ueno and 51 minutes to Nippori, and tickets to either station cost 1,920 yen.

Keisei’s Limited Express train also goes to Ueno and Nippori and only costs 1,000 yen, though the trip takes 20 minutes longer than the Skyliner. These trains are no-smoking.

Taxis from Narita Airport to Tokyo are very expensive and most likely won’t be any faster than an airport bus. The cost for taking a regular taxi from Narita Airport to central Tokyo is around 30,000 yen. One reason for taking a taxi might be if you have too much luggage to carry take to the train and can’t wait for the next bus, though taxis often get stuck in traffic. Trains and buses are much better options.

If you do have to take one, get a flat fare cab to Tokyo – the price is under 20,000. Ask at the information booth at the airport.

Getting to Tokyo from Haneda Airport

Located 20 km (11 miles) from central Tokyo, Haneda is Tokyo’s domestic airport and travelers flying into the city from other areas in Japan will most likely arrive here. The best way to get to the city is on the Tokyo Monorail, which has service to Hamamatsucho Station on the Yamanote Line. The trip takes under 20 minutes and costs 470 yen. Trams depart every 5-10 minutes and run daily from 5:20 am – 11:15 pm.

The Keikyu Line also has a station between Terminal 1 and Terminal 2 that goes to Shinagawa (400 yen) and Yokohama (470 yen).

Getting to Tokyo by Train

Japan has an extensive railway system and traveling around the country
Shinkansen bullet trains from other parts of Japan arrive at Shinagawa, Ueno, or Tokyo Station, all of which is on the JR Yamanote Line and provide easy access to anywhere in the city. JR also runs some long-distance trains around the country that arrive at Shinjuku, Ikebukuro, Shinagawa, Ueno, or Tokyo Station.

Getting to Tokyo by Bus

There are numerous bus services to Tokyo from other cities in Japan, some operated by the JR Bus Group and others by private bus companies. In general, buses are not that much cheaper than trains except for some long-distance trips from cities connected to Tokyo by expressways. Overnight buses to Tokyo from Osaka and Kyoto are two of the most popular ones.

The JR Bus Group’s main terminal is at Tokyo Station’s Yaesu-minamiguchi Exit and tickets can be purchased at green window ticket counters (Midori-no-madoguchi) at JR train stations throughout the city. Note that the JR Pass can be used on buses to Tokyo from Osaka, Kyoto, and Nagoya. JR Bus Group’s website has all kinds of information but it is only in Japanese.

123bus operates overnight buses to Tokyo from cities around the country and their website conveniently offers online booking in English.

Some private bus companies use the Shinjuku Highway Bus Terminal as their main depot. It’s across from the Todobashi Camera store by Shinjuku Stations West Exit. Shinjuku’s bus terminal has good service to and from Mt. Fuji and Hakone.

Getting to Tokyo by Boat

Tokyo Bay’s Ariake Ferry Terminal, located next to Odaiba, is the main hub for ferries in Tokyo. Kokusai-tenjijo-seimon Station (Yurikamome Line) is the closest station to the terminal and taxis are the most convenient way to get there. It is possible to walk if the weather is nice and you don’t have a lot of luggage. Buses also run between the terminal and the metro’s Shin-Kiba Station on the Yurakucho Line.

Boats to and from the Ogasawara Islands and the Izu Islands run out of Takeshiba Terminal, which is next to the Yurikamome Line’s Takeshiba Station.

Most ferry companies do not have operators who speak English and the most convenient way to get a boat ticket is to go through a local travel agency or the JNTO.