Colorado sits on the western side of the central United States and is, without doubt, one of the most beautiful states in the USA. It’s home to the southern end of the Rocky Mountains, it is covered with beautiful forests, rivers, waterfalls, and national parks that are all wonderful places to explore and to find some peace in nature.

But, Colorado is a big state and you could spend a lot of time searching out all these wonderful places, without much success unless you follow our list of Hidden Gems In Colorado. Join us while we run through the best-hidden gems this state has to offer so you can spend your time enjoying them instead of searching for them. 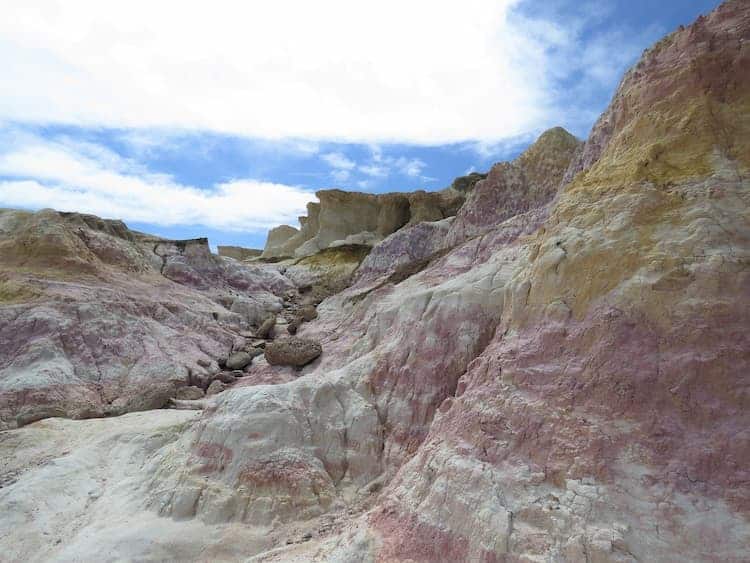 The Paint Mines Interpretive Park is the first of the hidden gems in Colorado we are going to look at and wow is it a place full of natural beauty that you have to see on your Colorado vacation.

Located just outside of Colorado Springs in El Paso County, Paint Mines is a protected park that is full of colorful clays that were created by oxidized iron compounds thousands of years ago. It’s a very popular place for hikers, artists, and photographers as the entire landscape are awash with a mixture of colors from orange to purple and brown.

Over eight thousand years ago Native Americans used to collect the colors and use them to create pigment for their pottery. Today, no vehicles or dogs are allowed into the national park and you have to use the hiking trails in order to explore Paint Mines so as not to damage any of the rock formations.

If you’re looking to stay at one of the hidden gems in Colorado then you can go wrong with a night at Denver’s Dinosaur Hotel which is located in Lakewood, Denver. Even if you’re just passing through the city of Denver, this place is still worth visiting.

The hotel is all about showcasing Colorado’s connection with the ancient dinosaurs and everywhere you walk in the hotel you will find replicas of fossils and dinos. A replica of a Stegosaurus greets you at the door and you’ll find a huge skeleton behind reception, bones along the wall, and even a T-rex skull in the lounge.

The Dinosaur Hotel is also located very close by to Dinosaur Ridge where archaeologists first discovered Stegosaurus skeletons and remnants of an Apatosaurus. 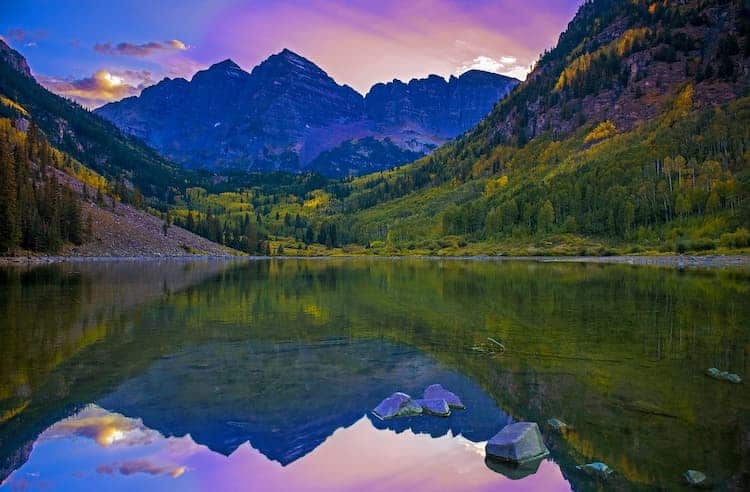 Maroon Bells is one of the hidden gems in Colorado that even some locals have never heard of or seen and you’ll find this hidden gem in Aspen within Colorado’s White River National Forest State Park.

The reason this area is so beautiful and known as one of the best places in Colorado if you love nature is due to the mountains and the scenery around it. There are three peaks to gaze at including Pyramid peak plus North and South Maroon peak through the valley of forests, meadows, and a mountain tarn.

The area is beautiful to hike around and great for camping but the climbing is very dangerous. The mountains are made from layers of red mudstone making them very unstable and many climbers have died due to this.

In the small town of Manitou Springs, Colorado is where you’ll find probably one of the most demanding hidden gems in Colorado, Manitou Incline. The Manitou Incline is a hiking trail that follows old cable car tracks and it’s pretty much vertical for a straight mile, so it’s going to push your fitness levels, but the rewards at the top are worth it.

You won’t need any climbing equipment to get up it as it’s a well-maintained trail but you do rise 2000 feet over the course of the hike. Be prepared for a lot of breaks, bring enough water with you and drink it sparingly as there are no places to refill along the way. At the top, you’ll get stunning views across Colorado and a lovely walk back down. 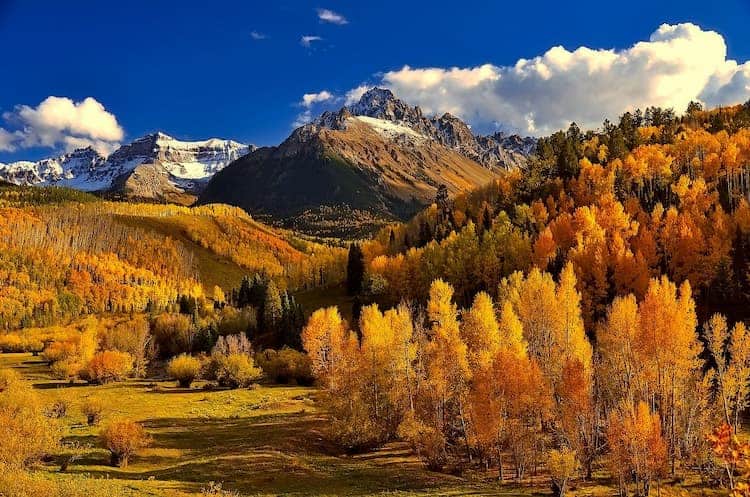 One of the best-hidden gems in Colorado most people don’t get to visit is Mount Elbert, the highest peak in the rocky mountain range. Mount Elbert sits at 14,440 feet above sea level and while this is incredibly high, it’s actually quite an easy hike to get to the summit and one of the most beautiful in the state.

If you follow the gentle trail from San Isabel National Forest you’ll walk on a gentle gradient through pine and aspen trees and then arrive at the summit to see incredible views from the highest point of the rocky mountains and into the rest of Colorado.

You should hike with caution though as the air is thin as you go up and during the summer months the summit is surrounded by lightning storms every afternoon, so an early morning hike is very much recommended.

The Swetsville Zoo is another of the best-hidden gems in Colorado that is well worth a visit if you’re passing through the north-central city of Fort Collins. You might think it odd that a zoo would be a hidden gem but this isn’t your ordinary zoo as there are no living animals to be found in it.

What started out as a hobby for Bill Swets in 1985 has become one of the top attractions in the state. He began making life-size animals out of junkyard scrap metal and as you walk around the zoo you’ll find metal sculptures of dinosaurs, dragons, spiders, and lots more. 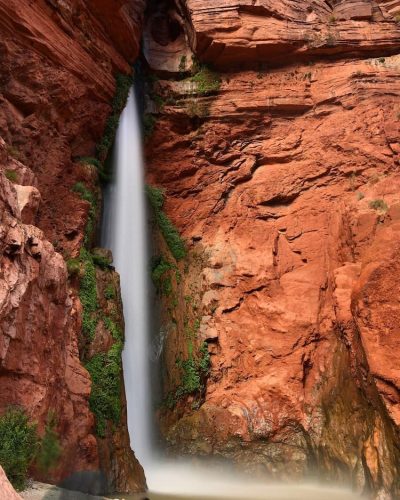 Another of the best-hidden gems in Colorado that is close by to the Manitou Cliff Dwellings and Manitou Incline is Rainbow Falls. Also known as “Graffiti Waterfall” this is one of the best-hidden attractions worth exploring in the area.

The waterfall itself is rather beautiful, is a great place to have a dip in the plunge pool, and is rather popular with photographers as it’s great to take pictures of – creating rainbows as it cascades down into the pool below.

The reason it’s called “Graffiti Waterfall” is because there are illegal but quite good pieces of art painted next to the falls. The relative authorities have tried to prevent this from happening but every time it’s cleaned, the art pops up again.

One of the secret places Colorado holds that is also a hidden spot to have a foodie adventure is the Linger Eatuary in Denver. As far as hidden gems and restaurants go, this one has a particularly interesting history.

The Linger Eatuary restaurant is built on what once was the busiest funeral parlor in the whole of Colorado as they served half of Denver and the Linger Eatuary has incorporated this theme into the decor. The restaurant has used all the old parts to make a bucket list dining experience.

You’ll find that the old air-conditioning units from the funeral parlor are now hanging lamps. The water you’ll be served comes from old formaldehyde bottles. The table you’ll be sitting at is an old metal conveyor belt. If you’re going to eat out, this is one of the most unique places in Colorado and Denver to do it, plus the food is pretty awesome too.

Sitting just outside of Denver is another of the hidden gems of Colorado worth checking out, and one of the best places in Colorado to go if you have kids. Tiny Town and Railroad is a recreation of an old western town but a miniature version that is awesome to walk around and it’s a big part of the area’s history too.

The miniature town was first built in the 1920s by George Turner who made it a place for his daughter to play. Five years later it was open to the public and hugely popular. Over the years, the town passed many hands and at one point was in ruins but it was built back up to what you see today.

You can see all the old houses, two lakes, a grocery store, and a school plus you can ride around on a miniature steam locomotive too.

Canyons of the Ancients, Towaoc

If you love history then this is one of the hidden gems in Colorado you should check out and it is today a national monument and a museum.

Sitting way down in southwest Colorado, just west of Mesa Verde National Park, is the Canyons of the Ancients which is home to over 6,000 different archeological sites that showcase the history of Native American cultures dating back to the ​​Ancient Puebloans era of the 1100s. As you walk around the state park you’ll be awash with incredible insights into the times that passed.

Canyons of the Ancients isn’t just about seeing the ancient ruins though, it’s also a great place to have a bit of an adventure. You can camp there, go hiking, find hidden canyons, see amazing wildlife, enjoy the biking trails, and lots more.

Sitting just outside of Colorado Springs is another of the hidden gems you have to visit while in Colorado, the ​​Pikes Peak Summit House.

Sitting on the top of Pikes Peak also referred to as El Capitan, is this little summit house which is both a gift shop and a restaurant. It’s an unusual place to have a restaurant but you have to visit it to try one of their famous donuts which are made using a secret recipe from 1916. Apparently, they taste best when eaten on the peak at over 14,000 feet above sea level.

The surrounding area is also perfect for camping, hiking, rock climbing, and the views from up there are spectacular, so it’s a place you have got to visit. 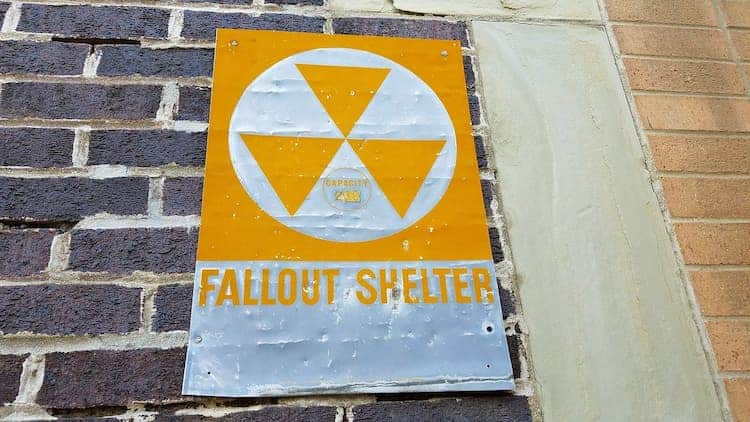 One of the secret places the government never wanted you to know about and now one of the hidden gems in Colorado you must visit is the Cheyenne Mountain Nuclear Bunker.

The Cheyenne Mountain Nuclear Bunker in Colorado Springs was once the HQ of North American Aerospace Defence Command (NORAD) while they protected the US from any missiles that might have been directed the US’ way during the cold war.

Today, it’s a backup base that is maintained just in case they need to move back in from their new location on an airbase nearby.

While you can’t quite visit it, as chances are you won’t be let inside, it’s worth having a look from the road at this pretty amazing structure.

If you’re looking for a cool place to stay while in Colorado then this is one of the hidden gems you should take note of. The Indiana Jones Home is a bed and breakfast in Antonito and it was used as Indiana Jones’ home in the third movie, Indiana Jones and the Last Crusade. If you missed it on the big screen, go back and take a look.

The Bed And Breakfast have done an amazing job at creating four different cabins that are all a little different but are decorated in deception to the Indiana Jones movies.

Today Aspen is known as one of the top places in the US to have a winter vacation thanks to its awesome skiing and stunning vistas but back in the 70s, it was a very different scene.

In the 70s, Aspen was known as the party town of Colorado and it was off the back of this that architect Andre Ulrych built his own Magic Mushroom House. It took him 6 years and was inspired by the hallucinogen and it’s a place you kind of have to visit while you’re in town.

It’s a great place to go with kids and think about the paranormal and you can explore the Great Sand Dunes National Park and its twin lakes which are lovely to swim in.