Norway is a country famed for its outstanding natural beauty. The fjords, rivers, lakes, white-sand beaches, and crystal clear seas are just some of the things that attract so many visitors to this stunning country every year.

Another major thing that attracts hikers and climbers is Norway’s mountains. The Scandinavian Mountain Range runs across the middle of Norway like a spine and is full of trails, climbing walls, and more.

Most of the Top 10 Highest Mountains In Norway are found in the middle of the country in and around Jotunheimen National Park, and here they are. 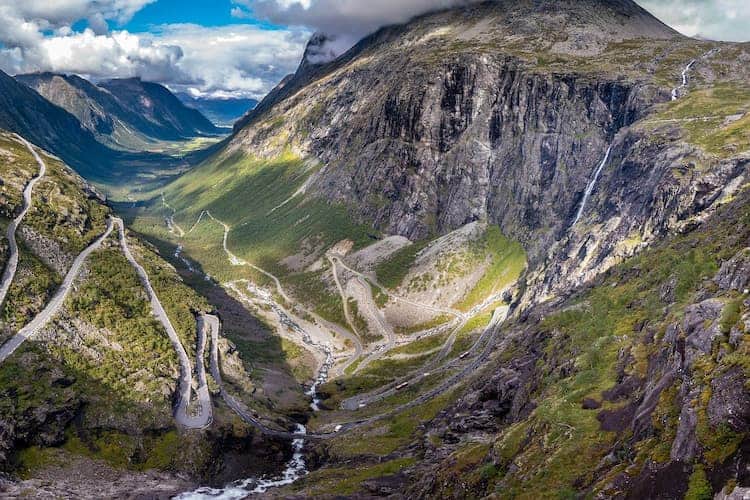 The tallest mountain in Norway is Galdhøpiggen. Its peak sits at 2,469 meters above sea level and is located in central Norway inside Jotunheimen National Park.

Hiking to the summit of Galdhøpiggen isn’t that hard despite being the tallest mountain in Norway. The car park for the hike starts at around 1800 meters above sea level and so there isn’t much more to go. It takes about 3 hours and you’ll need a pro guide as you’ll have to cross a glacier.

The views from the top are out of this world as you look over glaciers and rugged peaks of the national park.

Hiking and climbing to the top are very possible but it does require some skills and experience. There are two main routes up the mountain Heftyes Renne and Andrews Renne which was used in the ascent back in 1876. 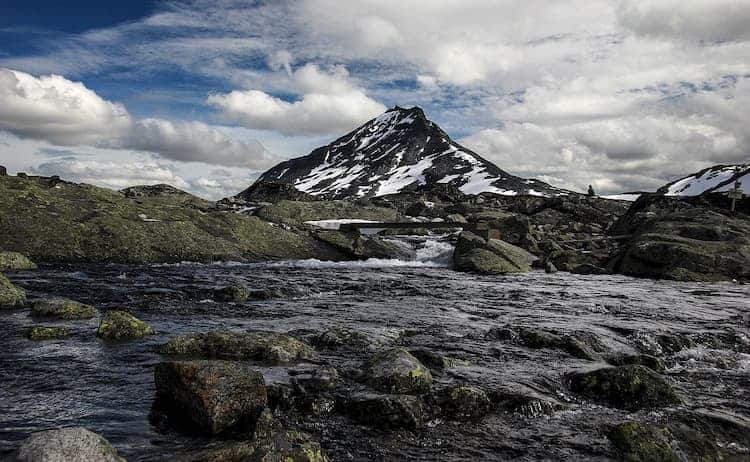 The mountain is home to 3 peaks and was first climbed way back in 1884 by Severin Wleugel, Sig. Thor, Oskar Kristiansen. The views from the top to the east and west are incredible and you’ll see Galdhøpiggen, the Hurrungane range, the Smørstabbtindene range, and the Jostedalsbreen glacier

You can hike to the peak within a few hours and once at the top, you have a great view of Galdhøpiggen and the surrounding mountain range. The ascent shouldn’t be undertaken if you’re not used to climbing mountains as the final section is quite a scramble to handle. 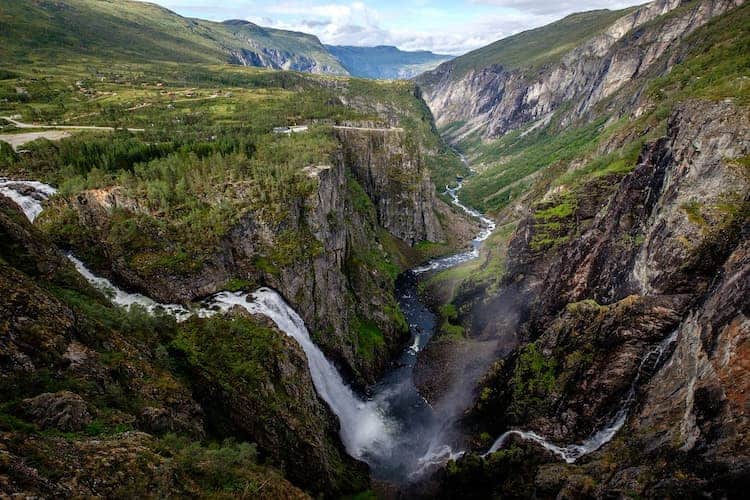 The 7th highest mountain in Norway is Surtningssue with a peak of 2,368 meters above sea level which is also in Jotunheimen National Park. But, Surtningssue isn’t right next to all the other peaks mentioned, it’s in its own little corner on the southeastern side of the park and it overlooks three stunning lakes – Gjende, Bessvatnet, and Russvatnet.

The name Surtningssue translates to “the black sow” and it makes sense when you see the mountain as it’s a black mountain. You can hike to the summit, there are numerous trails, but the peak is best accessed from the Memurubu mountain hut.

The 8th highest mountain in Norway is Store Memurutinden with a peak of 2,366 meters above sea level. Store Memurutinden sits just north of Surtningssue in the Jotunheimen National Park and the views from the top are absolutely spectacular.

When on top of the summit of Store Memurutinden you’ll have an incredible view to the north over a valley with Galdhøpiggen and its surrounding peaks in the distance. To the east, west, and south, you’ll have a view over quite a few of the other peaks in the park.

There are a few trails to choose from, some of which are easier than others and you’ll need a good level of fitness to get to the top.

Jervvasstind is the 9th highest mountain in Norway with a peak of 2,351 meters above sea level. Jervvasstind sits on the eastern edge of the Hurrungane mountain range just outside of Jotunheimen National Park.

The peaks of Store Skagastølstinden and Sentraltind are along the same ridgeline and you’ll have great views of them from the peak of Jervvasstind. From the peak, you’ll also have amazing views to the north of a stunning valley full of lakes and rivers. 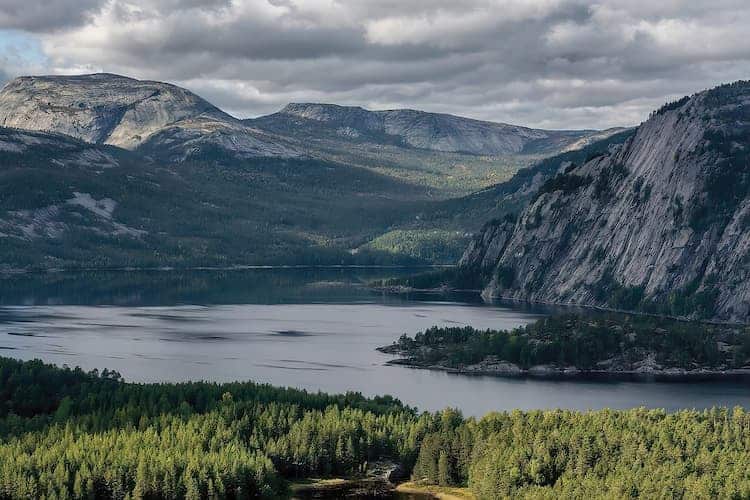 Sentraltind is the 10th highest mountain in Norway at 2,348 meters high and as mentioned above, it’s pretty much right next door to Jervvasstind and Store Skagastølstinden. The ascent and the views from the top are very similar to that of Jervvasstind and if you’re in the area it’s not really worth climbing up both of them.

As you will have noticed, and as I mentioned at the beginning, all of the top 10 highest mountains in Norway are in or next to Jotunheimen National Park. This is fantastic if you love hiking and climbing as there is very little traveling required once you’re there. You can enjoy the national park, take your time, and climb as many mountains as you like!