JPEG vs RAW: Which Should You Use?

If you spend any time playing with your camera you might have stumbled across the photo settings. Deep within those settings are things like image size, image ratio and even image format. And, depending on the complexity of your camera, it might have both JPEG and RAW formats for saving your photos.

If you have absolutely no intention of editing your photos after you take them, then you can stick with JPEG, no questions asked. However, if you do want to edit them, or think you might in the future, then it’s time to learn the difference between JPEG and RAW.

Table Of Contents Show All
The Basic Difference Between JPEG & RAW
The Benefits of RAW Over JPEG
Downsides of RAW over JPEG
The Final Decision
Pin It For Later!

The Basic Difference Between JPEG & RAW

To help keep things simple, let’s first talk about the most basic difference between JPEG and RAW files.

JPEGs are smaller and use a compression algorithm to save space.

RAW files are a lot bigger and save as much information as possible. You will often find pros using them with their full frame cameras!

This means that you sometimes lose information in JPEGs and it is certainly a lot harder to recover that later. RAWs are the opposite and keep as much information as they can within the limits of your camera and your camera settings when you took the photo (more on that later).

In terms of editing, this also means that it is a lot easier to work with RAWs and recover the detail, color and contrast you had while you were shooting. See the images below where you can see a huge difference between a JPEG edited and a RAW. 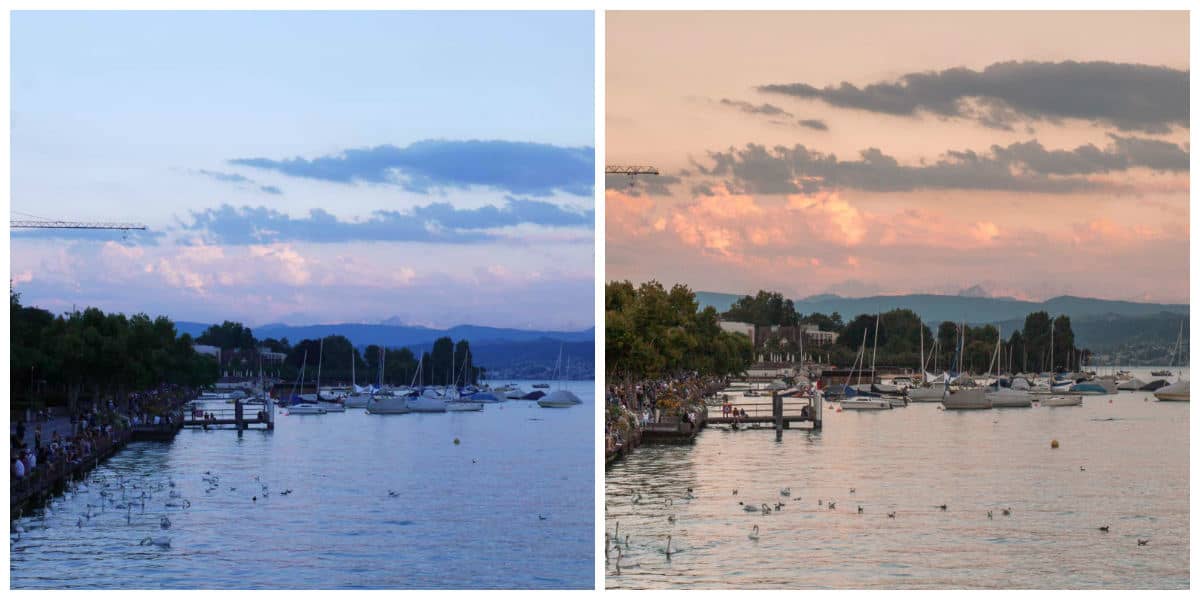 JPEG vs RAW after editing

The Benefits of RAW Over JPEG

RAW should actually be written as “raw” because it means the image is capturing the raw data and scene that you seen. Raw files capture far more detail, tonal range (dark and bright) as well as color.

When working with a RAW file in Lightroom or Photoshop you can easily tweak or fully change these things (light, dark, color) without damaging the image. Again, just look at the image above and you can see that I have recovered the detail in the crowd and trees on the shore in the shadows. The JPEG saved it as it saw it and it is very very hard to fix that.

Another thing you can do with a RAW file is fix the color balance. If you take a photo indoors and forget to adjust for the fluorescent lights. No problem. You can fix it in raw. Again, see the image above, I have added back a lot more sunset color than was in the original. Maybe too much? But it’s possible.

You can watch RAW file editing done in Lightroom on Youtube and see exactly how this works. Wonders of editing have taken place with just a few changes in brightness, shadows and color. Check out the video below for a quick demo of how this works.

Downsides of RAW over JPEG

It’s not all sunshine and lollipops when using RAW, I won’t lie to you. There are downsides with everything, right?

RAW photos are often significantly larger than JPEGs. So, if filling your memory card is an issue for you, then RAW might not be the way to go.

Below is a quick screenshot of a shoot I did at night in Zurich, and you can see the file size difference – about 3-4 times. It differs depending on your camera, some will be even larger, if you have more pixels.

RAW files almost always require editing too. So, if you intend on uploading your photos or using them very soon after shooting, then RAW might be the wrong format to use. JPEGs are far more usable straight out of camera. In most cases anyway.

You can often format your RAW files on your phone these days, so if that is what you are concerned about, being mobile, uploading on the go and taking great photos, then don’t. Even Lightroom has a mobile version today.

Compatibility is also an issue with RAW. Not a huge one, but some software may not work with RAW or your camera’s version of it. JPEG is almost universal these days, so all programs work with it.

When deciding to use RAW or JPEG it comes down to a few simple decisions.

Are you going to edit your photos later? If yes, then RAW is significantly better to use.

Is disk space or memory card size and issue? JPEG is a lot smaller.

For the rest, I always recommend RAW, even for budding photographers because the results you can get are simply stunning! 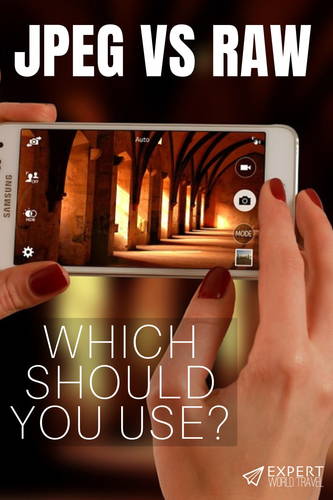