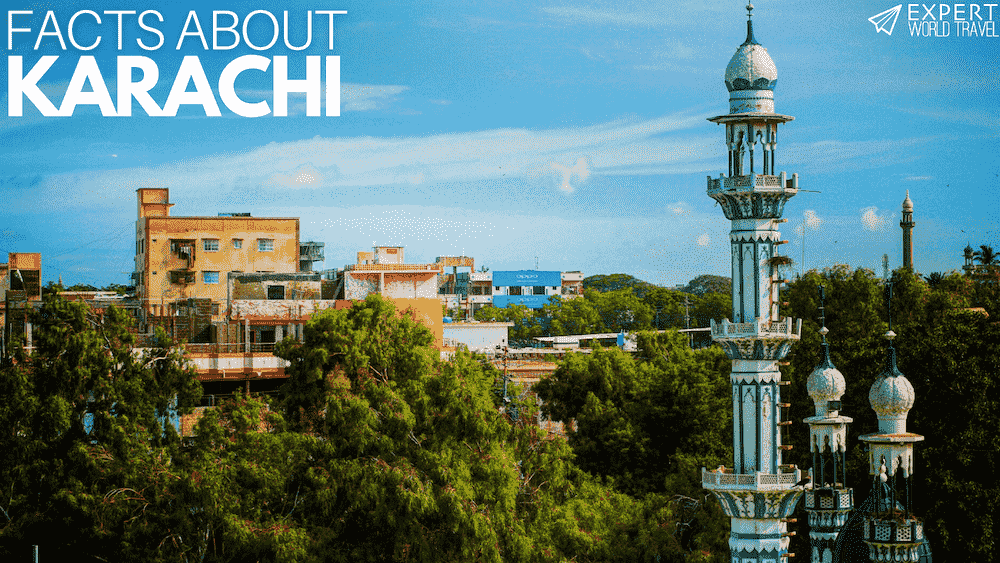 Karachi sits in southern Pakistan and is slap bang in the middle of the country’s only coastline. Lapped by the waters of the Indian Ocean, Karachi has played a huge part in Pakistan’s history and culture, being the main landing point for trades and takeovers. Here are 20 facts about Karachi.

Karachi Has A Huge Population 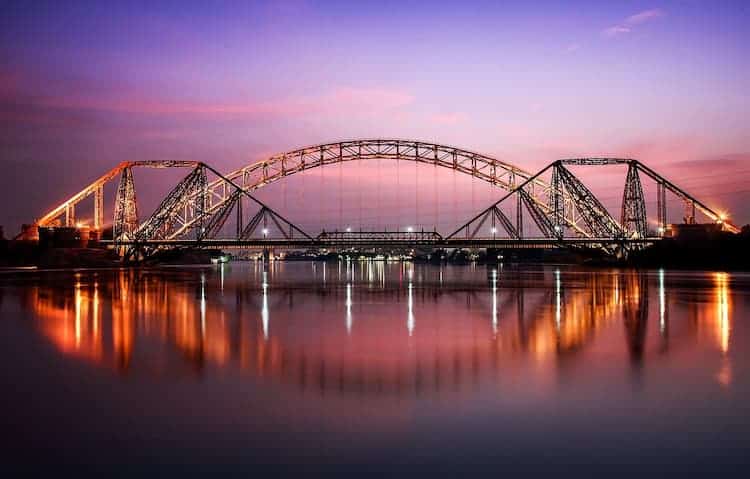 A City Of Immigrants

Karachi, which we now know has an extremely large population, is also home to millions of immigrants. The city is thought to be home to a million Bengalis, half a million people from Burmese Rohingya, and hundreds of thousands of Afghans, Africans, Philippinos, Chinses, Iranians, and more. The city is a serious cultural melting pot.

The 3rd Largest Mosque In The World Is In Karachi

The Diversity Of Cuisine Is Off The Charts

In Karachi, you can pretty much find any kind of food you like. Whether it’s pizza and burgers, steak or ravioli, Biryani, Sajji, or Rabri you can find it cooked to perfection in Karachi. It might be the food capital of southwestern Asia.

Everything Is For Sale In Karachi 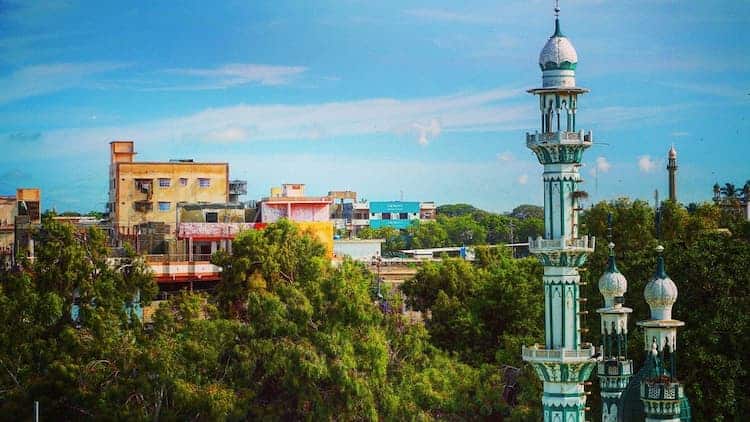 At Gora Qabristan Cemetry in Karachi, you will find a Christian cross that is an amazing 140 feet long. It’s the biggest Christain cross in all of Asia and was built but Parvez Henry Gill, a Pakistani Christian. It was built as a symbol of hope for the Christians of Karachi, who live in a city that is 90% Muslim.

Despite losing its status as the capital of Pakistan, Karachi is still the country’s financial hub and still has its own stock exchange. The Karachi Stock Exchange has remained independent from the Pakistan Stock Exchange and still runs today.

The World’s Greatest Volunteer Ambulance Service Is In Karachi

Edhi Foundation was founded by Abdul-Sattar Edhi in 1951 and is the world’s largest volunteer ambulance service in the world. The Edhi Foundation has made a huge impact on the safety of the city and is an amazing service for its residents. 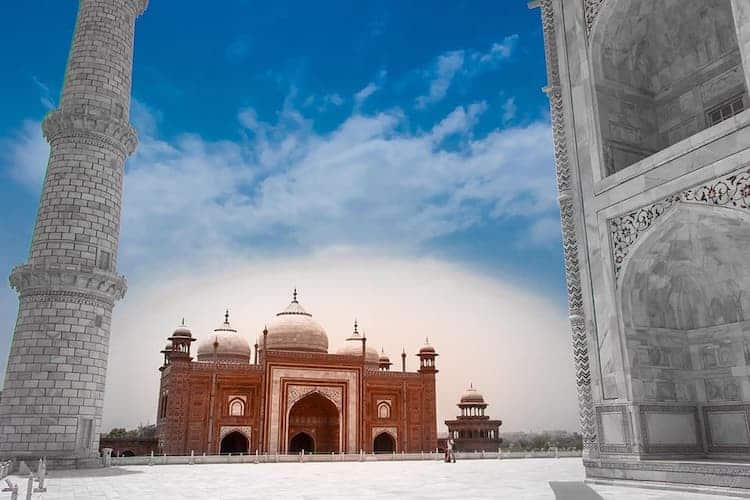 Due to its unique location in the world, bridging the Middle East to Asia, and of course, being an ex-British colony, Karachi is a melting pot of religious diversity. You can find almost every religion on the planet in Karachi amongst its huge population.

Muslims, Christians, Catholics, Christian, Hindus, Baha’i, and ancient Parsi believers all live side by side in relative harmony.

Alexander the Great Hung Out There

It’s said that Alexander the Great camped at Krokola (Greek for Karachi) while preparing to take his troops into Babylonia in 325 BC.

The British Conquerd Karachi In 1843

Due to Karachi’s ideal trading location on the southern coast of Asia, the British quickly recognized its strategical importance and invaded in 1843. It was Sir Charles Napier who lead the assault and it became a district of the British Indian Empire in 1846 with 9,000 residents.

Karachi Is Full Of Ancient Architecture

The streets of Karachi are full of architecture from so many different ages. You’ll notice Victorian architecture as you wander around the city as well as new modern sky scapers altogether with Mosques and Hindu temples.

The Public Transport System Is Huge

Karachi’s public transport system is one of the largest in all of Asia, and it needs to be considering its population of 15 million people. It’s made up of thousands of buses, mini-buses, trucks, rickshaws, and Tuk-Tuks that keep the city moving.

The Lucky One Mall Is In Karachi 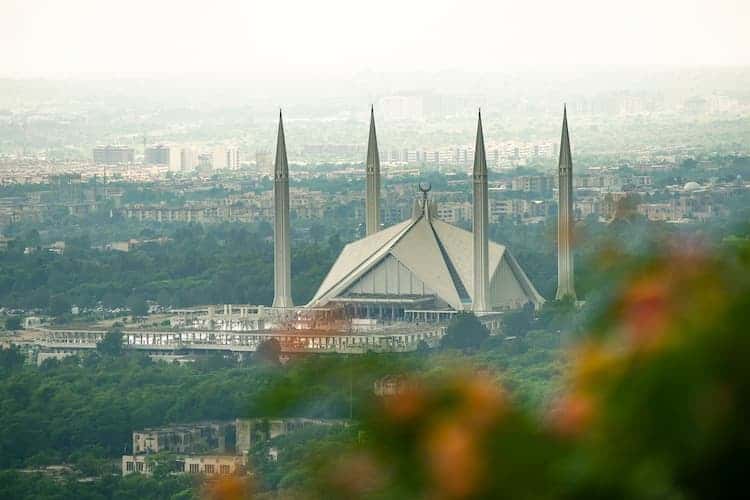 The Lucky One Mall is the largest mall in South Asia and it’s in the middle of Karachi. You can easily get lost inside the mall and there isn’t much you can’t buy there.

Trading Is In Its History

The residents of Karachi first started trading with the Middle-eastern ports of Muscat and others in the Gulf Of Oman as soon as the 1600s.

Icon Tower Is In Karachi

Karachi is one of the cheapest cities in the world to live in. For $300 dollars a month, you can live a good life in Karachi with everything included such as rent, a car, etc etc. For a family of four, you’d only be looking at paying $1000 a month on average. If you have a good income, saving money is easy in Karachi.

The Most Polluted City In The World

While the living costs of Karachi are extremely low, the bad side is that the pollution levels are far too high, and the highest in the world. The humidity traps all emissions creating terrible air quality.

It Was Cosmopolitan Earlier Than Most

By the end of the 1800s, Karachi was already quite an international city and was a famed stopover for the higher classes. It was home to over 100,000 people from very diverse backgrounds including Lebanese, Parsis, Iranians, Hindus, Muslims, Jews, and Goans.