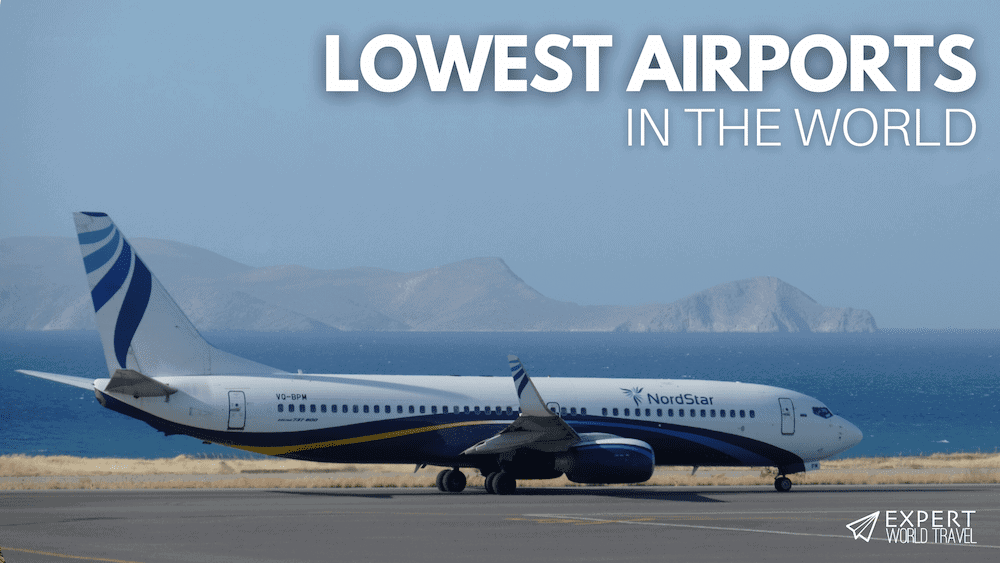 Lowest Airports In The World

We recently took a look at some of the highest airports in the world, so it’s only fair that we give their lowly counterparts a shout out too.

You might be surprised to know that the ten lowest airports are actually found below sea level – this is because the mean global sea level is used (not because they’re underwater!).

So, where are the world’s lowest civilian airports hiding?

The Dead Sea in Israel is the lowest point on earth, which means the sea level here is well below the mean. The Bar Yehuda Airfield, located on its desert shoreline, is situated 1,266 ft below the mean sea level, making it the world’s lowest civilian airport by far. Sticking with the theme of death, the Furnace Creek Airport can be found just to the west of Furnace Creek, Death Valley. Located 208 ft below sea level, it’s America’s lowest civilian airport (and the world’s second-lowest).

The world’s third-lowest airport, like the second-lowest, can also be found in California. The Cliff Hatfield Memorial Airport lies in the south of the state and is owned by the city and open to the public.

The Brawley Municipal Airport, also found in California, and is found just 1 mile northeast of Brawley, a city known for its extensive agriculture.

If we told you that the fifth-lowest airport in the world was also in America here would you guess it was? That’s right… California. At 114 ft below sea level, this airport is only just higher than the Brawley Municipal Airport.

We’ve finally left California to introduce you to the lowest airport in the world offering international flights. The Atyrau Airport, located in Atyrau, Kazakhstan, runs flights to several countries in the Middle East and also over in Europe. We’re back to California again to bring you the world’s eighth-lowest airport, the Imperial County Airport, which operates both passenger flights to LA and cargo flights to Ontario. The second-lowest airport in the Netherlands (and Europe) is Lelystad Airport. Located at 13 ft below sea level, this is the tenth lowest civilian airport in the world and the final item on our list – can you believe we aren’t even at sea level yet?!