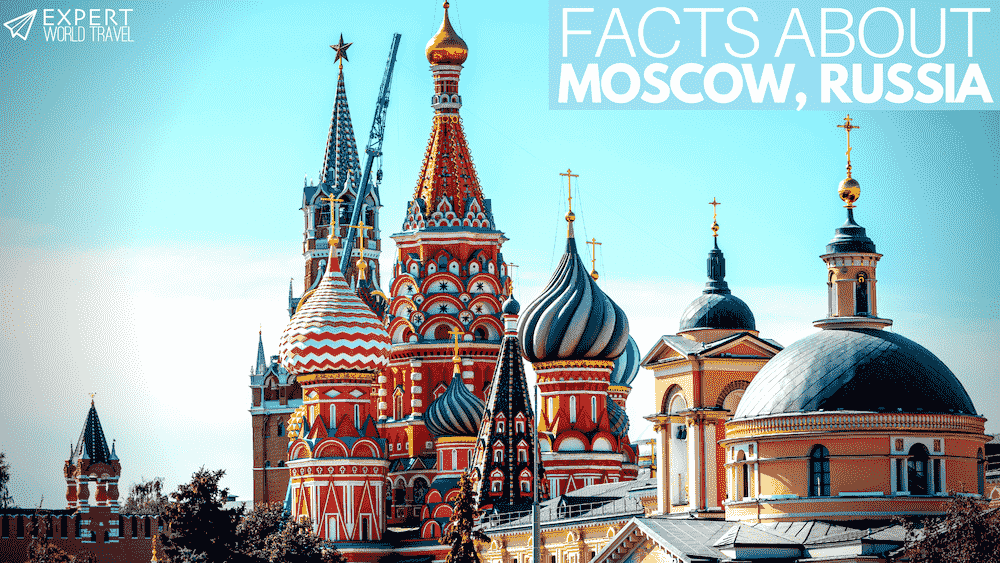 Moscow is the largest city in Europe in fact Moscow is so big that it has the right to be its own country. The city of Moscow is home to 12 million residents which puts it in the top 10 most populated cities in the world. There are more people in Moscow than in both Switzerland and Norway combined.

Stay Dogs Use The Metro In Moscow

The stray dogs of Moscow are super smart and have learned to use the city’s metro in order to survive the cold winters. While using the metro you might just bump into one of these super-smart train-loving dogs. They recognize the stops by the tannoy announcements and hop and off just like we do.

There Is An Underground River In Moscow

The Neglinnaya River flowed through Moscow for centuries undisturbed but no one could live on the western side of its banks as it flooded every year. Russian engineering then took over and they diverted the river into an underground tunnel which now flows under Neglinnaya Street into the Moskva river and then built on the old river that is now dry. 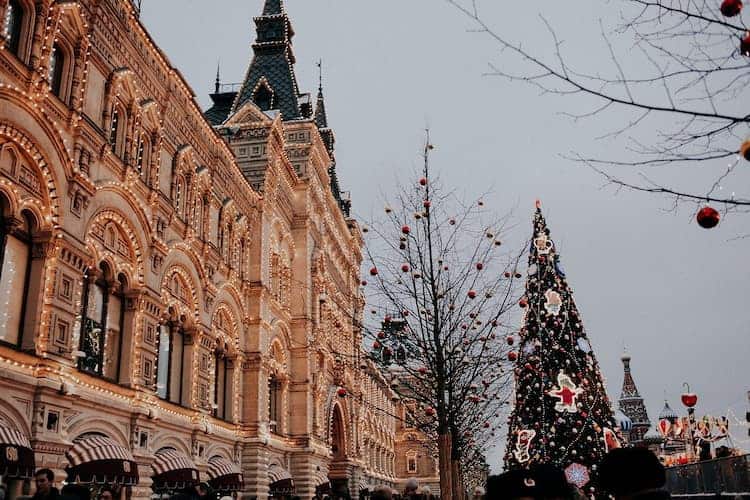 The Tunisian Embassy Is Haunted

The Tunisian Embassy in Moscow is the old home of Lavrentiy Beria, the chief of the secret police during Stalin’s era. It’s said that Lavrentiy would kidnap beautiful women, take them home, have his way with them and then murder them. They are now said to haunt the Tunisian Embassy at 28 Malaya Nikitskaya St.

Diplomats have woken up to safes being open and papers scattered everywhere, they hear footsteps in the day and the night and a lot of Tunisian Diplomats have asked to be relocated due to the spooky occurrences. 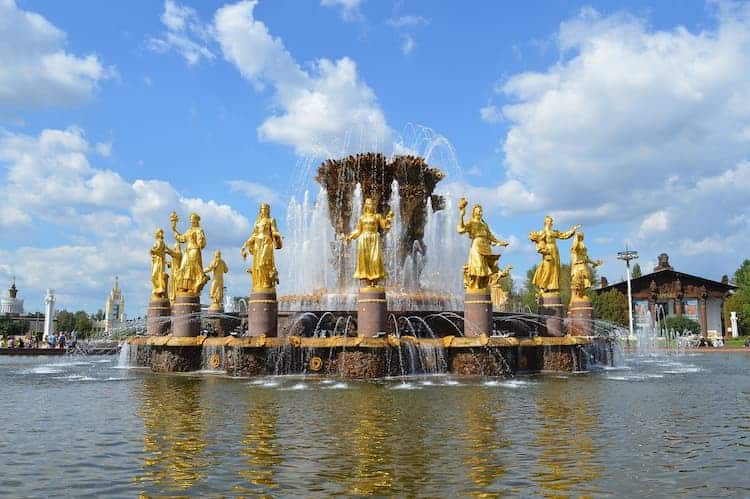 Gorky Park is the central park of Moscow and on average plays host to 100,000 people every day. That is one busy park and one of the busiest in the world.

Moscow Has The Most Billionaires

Moscow is home to more billionaires than any other city in the world. There are around 84 billionaires living in Moscow with a combined total wealth of 367 billion dollars. New York comes second with 62 billionaires live there.

The Metro Never Breaks Down

If you live in a city then you know how annoying it is when the metro breaks and you’re late for work. Well, this doesn’t happen in Moscow. The Moscow Metro has only broken down once, on the 16th of October in 1941, and has never failed since.

The Largest Bell In The World Is In Moscow

The Tsar Bell we know today weighs 200 tonnes and it has never been rung, but this is the third version of this huge bell. The first was 18 tonnes and required 24 men just to make it ring but it was then broken into pieces during a fire. The same thing happened to Tsar Bell version 2, and then came version 3 which was buried after another fire and took 40 years to get out.

The Highest Monument In Moscow 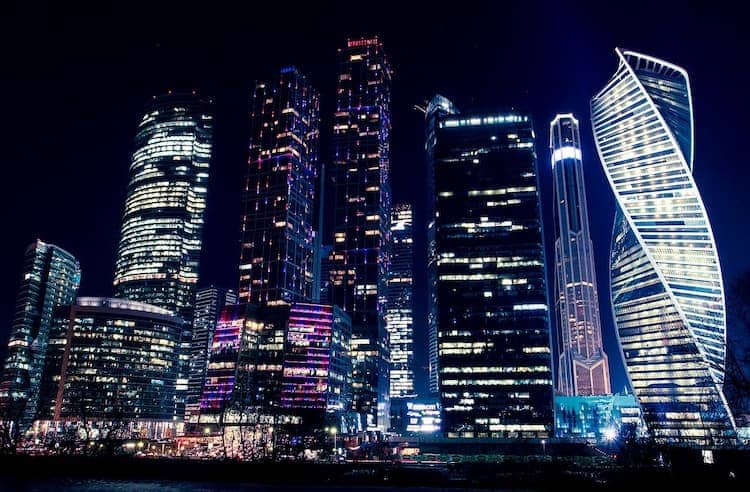 The Seven Sisters Of Moscow

The seven sisters of Moscow, aka Stalin’s Skyscrapers, are 7 identical skyscrapers that stand amongst Moscow’s skyline. Today 2 are apartments, 2 are offices, 2 are hotels, and one is a university. 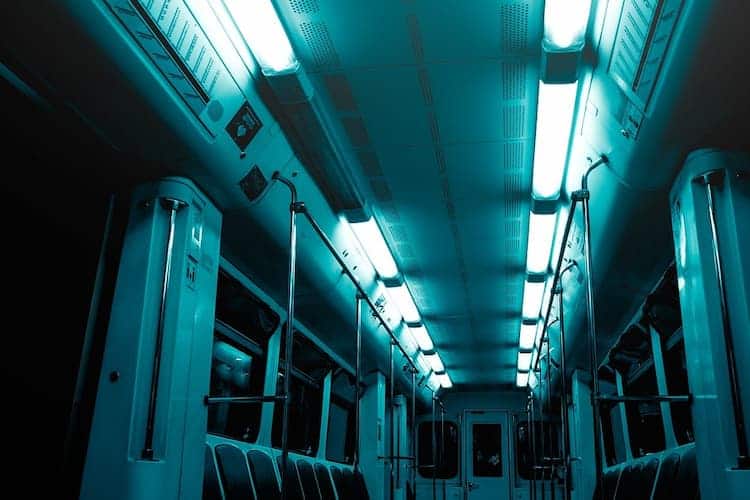 9 million people use the Moscow Metro every day which is more than New York and London combined.

Moscow is home to Europe’s biggest botanical garden, the Botanical Garden of the Academy of Sciences which is home to 18,000 species of plants from around the Soviet Union and the rest of the world.

There’s A Lot Of Choice For Dinners Out

There are over 2700 different restaurants in Moscow and the number is ever-growing. You’ll never be short of dinner options in Moscow and just imagine searching on Just-Eat.

The Highest Tower In Europe

The Ostankino TV Tower in Moscow is the tallest in all of Europe and measures an incredible 540 meter high. 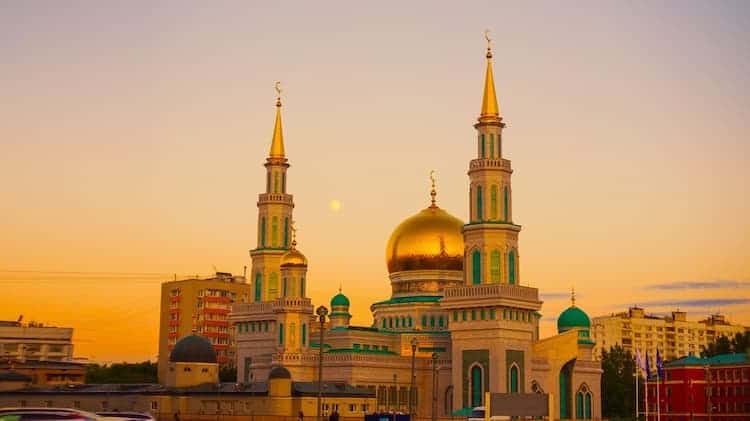 In the Kremlin, you’ll find the oldest building that survived all the fires in Moscow, the Assumption Cathedral. It was completed in August of 1479 and is now 542 years old. The most impressive thing is that it managed to survive all the fires Moscow experienced.

The Kremlin Was Rebuilt By Italians

In the 15th century, the Kremlin’s walls and temples were in serious need of repair but the Russian architects at the time couldn’t handle it. Grand Duke Ivan III then asked the Italians to come and help restore the Kremlin to its former glory.

Moscow Has Burned Down A Lot

The city of Moscow has burned down countless times. All the houses in Moscow used to be built from wood and thus the city burned to its knees quite easily and has been rebuilt several times. These were the fires that burned down the Tsar Bells.

The first Mcdonald’s opened in Moscow in January of 1990. Despite the cold weather on that winter’s day, the Moscow residents cued patiently waiting for their first McDonald’s meal. The cue was so long it measured several kilometers.

There Was A Tornado In Moscow

Moscow’s one and the only tornado hit the city on June 29, 1904. The tornado ran rampant through the streets destroying a lot of the ancient trees of Sokolniki and destroyed a lot of nearby villages and homes in the city.