Ati-Atihan is the country’s most spectacular festival for lovers of mardi gras. The event’s history can be traced back to early Borneo settlers.

Mardi gras typically refers to the series of feasts that kick off after the Epiphany, and whose culmination is marked one day prior to the celebration of Ash Wednesday. The festival is marked by feasting and indulging in delicacies and rich foods. 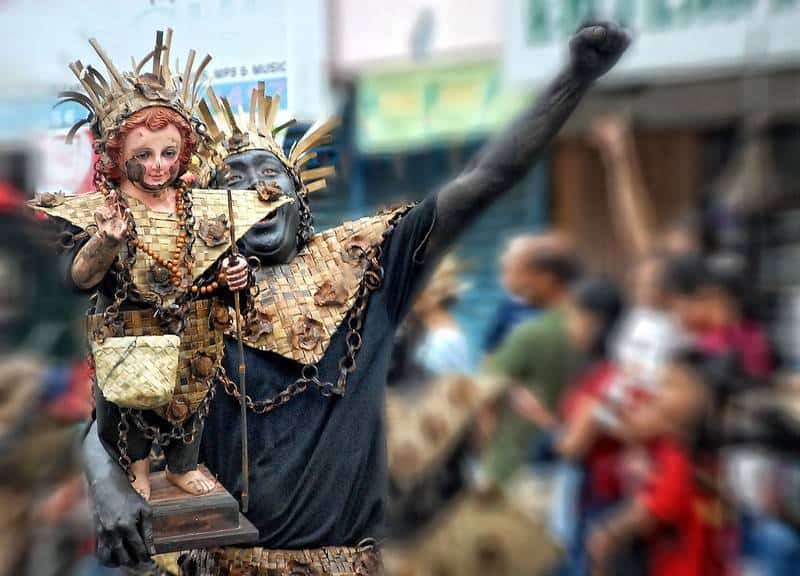 The Filipino version of this event is marked yearly in January as a way to honor Santo Nino. The latter is to the locals, a representation of the baby Jesus. Some of the events that mark Kalibo Ati-Atihan include traditional dances, vibrant music as well as an array of colorful costumes. Occasionally, traditional weapons are included as part of the festivities.

The most intriguing bit of this festival is that it attracts both devout locals and non-religious folks, making it an open invitation for visitors who would like to immerse in Philippine’s culture. The promoters of the festival capture its essence in a surreal manner, stating that the event is an eclectic mix of Catholic practice, cultural performances, and a prominent tourist attraction.

There’s a reason why Ati-Atihan is known as the Mother of All Philippine Festivals – it is more than 800 years old, and it draws roots from a pagan ritual. What was once a way for the indigenous tribes to worship their anito god is today once of the largest Christian festivals in the country. Obviously, the Christian note was added to the festival only later, once Spanish missionaries had come to the island.

The name of the festival literally translates to ‘to be like Atis’, which is a reference to the Aeta aborigines who were the first settlers on the island of Panay. It is a way for the locals to honor and celebrate their roots.

And this is obvious from some of the events that are part of the festival. Perhaps the biggest and most important of those is the tribal dance, performed by locals wearing indigenous regalia. The costumes are actually similar to those seen at the Rio Carnival, mostly due to the African tribal design. 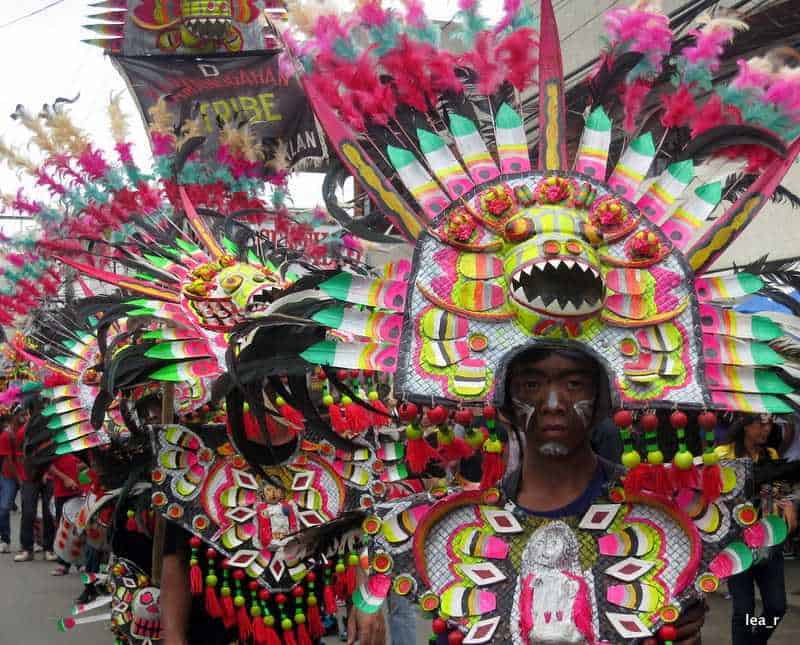 But, would this really be a Filipino festival without there being some sort of a competition? Not really, so it shouldn’t surprise you that the regalia worn by the local tribes is judged at one point. And they’re not judged solely on the costumes; in fact, their dance moves are even more scrutinized than their outfits.

The entire process of judging and declaring the winners is not really that interesting for foreigners who are unable to participate, so we recommend grabbing a drink and heading where the music is loudest.

The festivals to mark this event last a week, from the crack of dawn to the setting of the sun each day, allowing visitors ample time to indulge in one of Philippines’ most eccentric festivals. The culmination of this event is held on the third Sunday of January, a must-attend for anyone who is enthralled by Philippines’ rich culture.

Ati-Atihan is also one of the festivals which makes it super easy for foreigners to participate. You can find shops that sell tribal masks and costumes throughout the city, as well as get your face painted. After that, being part of the festivities is as simple as following the music, and just joining the parade throughout the city. 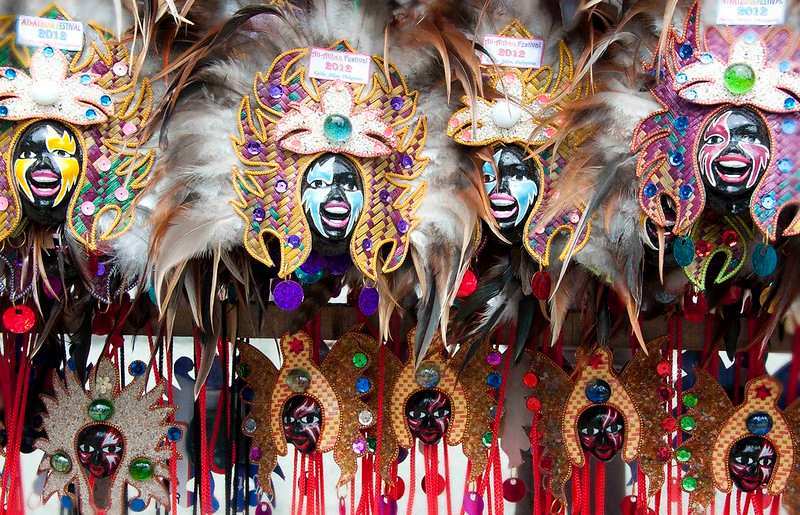 As is expected with any event this magnitude, there is an afterparty. It’s held at Magsaysay Park, and we recommend skipping it, unless you’re dying to have an unpleasant experience. First of all, the performers at the afterparty are almost exclusively Filipino, which means Filipino music and announcements coming from extremely loud speakers.

And second of all, the majority of the crowd at the afterparty are teenagers who act as if they’ve been set off the leash. Which means drunk, noisy, bumping into you and throwing up all over the place. Since that’s not how you should remember the city of Kalibo and the Mother of All Philippine Festivals, it’s best to enjoy Ati-Atihan during the day, and spend the nights getting enough sleep so that you can party all day along.

Kalibo Ati-Atihan is an eye-opening experience, whether you are a first-time visitor to the Philippines, or have been lucky to travel to the country previously. Truly, it is more fun in the Philippines!

If you’re wondering how to reach Panay island, it’s really simple – there are flights from both Manilla and Cebu, operated by local airlines. The tickets are inexpensive, and it only takes an hour to get to Kalibo International Airport, which is just minutes away from the city center.