The MassKara Festival, a popular celebration that traces its beginnings to the early 1980s, is a fun-festival held every October by locals in Bacolod.

Whenever you attend this festival, the first thing you will notice is the use of masks worn by the locals, all of which have smiling faces. One may ask what the connection between the festival and its origins is, keeping in mind that MassKara Festival began at a point of crisis following a sharp drop in the global price of sugar, one of Bacolod’s key crops.

This negative turn of events, coupled with the loss of close to 1000 people following an accident at sea, prompted the city’s administration to hold a ‘smiling festival’ despite all the negativity at the time. The reason for this was that by getting the locals together, it would be possible to sail through the tough times.

The resilience of Bacolod’s locals, coupled with their positive attitude has lived on through this festival. Other events that characterize the festival include a dance-off contest where participants show off their skills, a beauty pageant, food frenzies as well as live music.

Look out for the garden shows as well as the agricultural stands where you can learn so much more. The smiling festival is more than just good times; it is reflective of the tenacity of the locals. For visitors, this is an eye-opener for the local culture. Enjoy the MassKara Festival if you travel to Bacolod in October; you will not regret it.

The Masskara festival history began from a tragic and sad moment back in the early 1980’s. It was just after the crisis that the people of Bacolod, Negros Occidental find something to smile about and celebrate, known as their city called, “The City of Smiles”.

The Island’s primary crop and one of its largest sources of export and import product rely on sugar cane. Around April of 1980’s, a vessel carrying so many people from Negros or Negrenses called the MV Don Juan, owned by Negros Navigation came to a tragic collision with a Tanker ship from Tacloban City around the area of Mindoro when it was on its way to back to Bacolod from Manila.

There were about 750 people who lost their lives that day which included family members from prominent and high-class families. It was just a sad year for the people of Bacolod.

To honor those people and the bring back the healthy and happy atmosphere of the city, mayor Jose “Digoy” Montalvo started funding the city’s artistic and folk dancing community as well as other business and civic groups to take part and join the “Festival of Smiles” living up to the moniker of the City.

It was a good way of getting the people out from the sad and gloomy atmosphere that came upon after the tragic incident of the MV Don Juan ship.

The first festival was held on October 19, 1980, which is actually the same date of the charter day of the city that year and later on become a tradition where it was celebrated annually up until to this date.

The great thing about this festival is that the Oktoberfest was held about the same date and month which really creates one large festivity the city has.

The mask was actually influenced by the masked event of Italy known as the Carnal of Venice which came back to tradition in 1979. The Carnal of Venice was said to honor the victor of Venice in the year 1162 with the war against Ulrico di Treven, a Patriarch of Aquileia.

However, originally, the mask used was designed and influenced by the Filipino natives but just, later on, adopted the influence of the mask’s design from the Carnal of Venice to celebrate the City’s smile. The mask’s design is a perfect representation to hide the gloominess of the sad tragedy and honor the festival with a big smile. As you’d see, most or the entire mask used have a happy and smiling face.

During the early years of the festival, the masks were originally painted on people’s face. There are some people who take part in the event that still uses the classic and traditional face painting mask but there are those who followed the trend and uses a colorful and vibrant face masks made by different local artists.

The mask by its very nature was the perfect way to conceal the tears and sadness of the people during that time.

There are so many vibrant and colorful designs used in the Masskara Festival costume. However, there’s actually no native or historical representation from it. The concept of the design used in the costume by groups and tribes participating in the event is to add some contrast or unity to the Mask worn.

The mask is as colorful as ever since the beginning of the festival and it just makes sense that some costumes are designed the same way as well. Depending on the creativity and imagination of the artists, some are made not to contrast with the mask’s design but to compensate it and allows it to stand out more and become noticeable.

Today, there are local shops that sell affordable costumes or allows people to rent them during the event for the locals or natives to enjoy without having a group to participate in the event. It is also a great way for a tourist to be part of the tradition or the culture and maybe getting a souvenir on the way home.

The costume sales during the day of the event skyrockets and there are actually a lot of people bringing the mask and the costumes home rather than just renting it out. You’d see people trying to fit it in their travel bags and getting checked on the air and ferry ports as they go home.

It is really wonderful, fun and happy times seeing people gather and being active with the festival.

The annual festival holds a different logo design each year but with the same pride and essence of the previous and original logos. 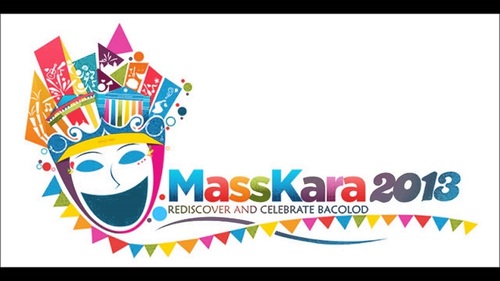 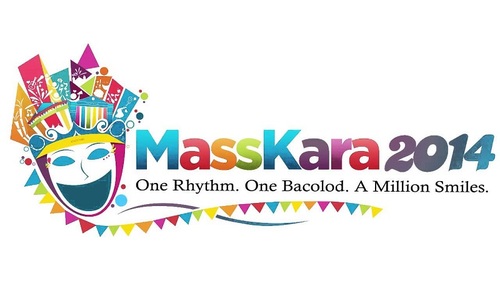 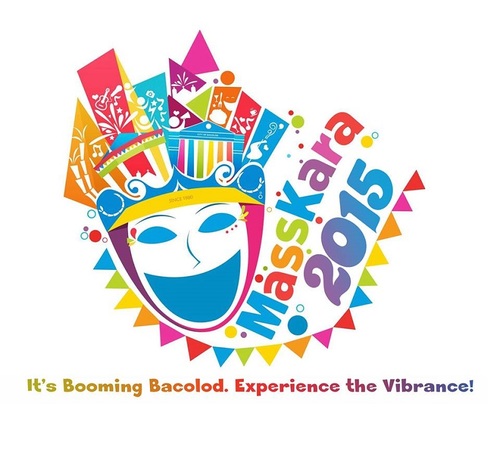 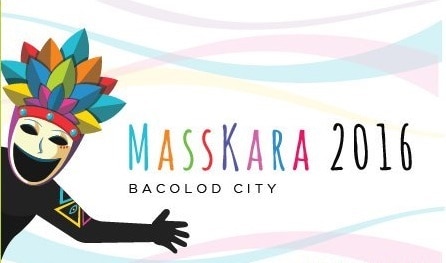 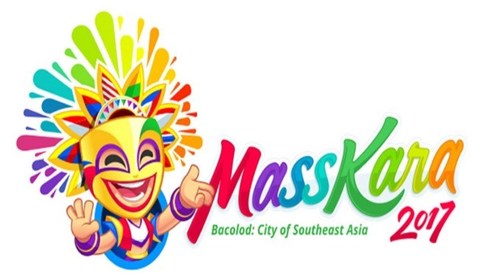 These logos can be seen printed on the back of the t-shirt, a large banner along with their group or tribe name, on advertising banners such as Globe or Smart telecoms, San Miguel beer corporation banner and other business establishments and companies who are taking part on the event.

You’d also see this in local television commercials as they try to play ads during the recording of the event.

Other famous event or festivity in the Province is the Pintaflores Festival which is held at San Carlos City, a few weeks after the Masskara Festival.

You might also want to visit the famous Balay Negrense which is a very old house museum and quite a tourist spot in the province.