Carabao Festival is celebrated in May and is held in honor of the water buffalos. These animals are a prized possession in the Philippines, and are very important for all the farmers.

The water buffalo, locally known as carabao, is the national animal in the country. Some locals refer to this animal as the ‘kalabaw’, so do not be perturbed when you notice variations in the name of the water buffalo. 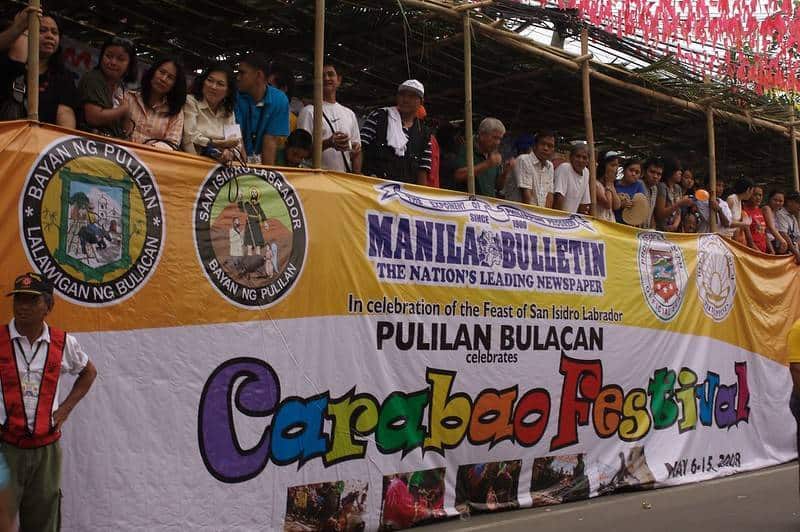 As the national animal in the country, the locals hold a reverence for this powerful animal. Perhaps there is no better indication of this than the sheer enormity of the Carabao festival. The event is scheduled for May each year and is held in multiple locations that include Rizal, Nueva Ecija, and Bulacan provinces. But the Pulilan Carabao Festival in Bulacan is by far the most grand one, with multiple entertaining events taking place during the two festival days.

If you’re acquainted with the Filipino festival culture, you can easily guess what those events are. Yup, there’s a street dancing competition, in addition to the floats and the parade.

The story behind Pulilan Carabao Festival is that a farm worker by the name San Isidro Labrador was a very effective individual. So effective was he that his manager often wondered to himself how it was possible to get such work done. His curiosity led him to discover that the farm was actually cultivated by angelic creatures. In Bulacan particularly, the festival is more of a thanksgiving to the the patron saint, for the plentiful harvests.

For curious tourists, this fascinating folklore certainly has close similarities to Philippines’ colonial history. In the Spanish colonial era, the Spanish Masters had a great influence on the locals, and this festival is one of the events that are representative of this. In fact, the Feast Day of San Isidro that is held on 15th of May is one of the most celebrated holidays in Madrid even today.

The Carabao festival is not the only event in honor of San Isidro Labrador, the patron saint of farmers, in the Philippines. Multiple festivals and feasts are held around the country in the days around May 15th, all of which honor the patron saint. But, the Kneeling Carabao Festival in Pulilan remains one of the best known events in his honor, and frankly the one that’s the most interesting for tourists. 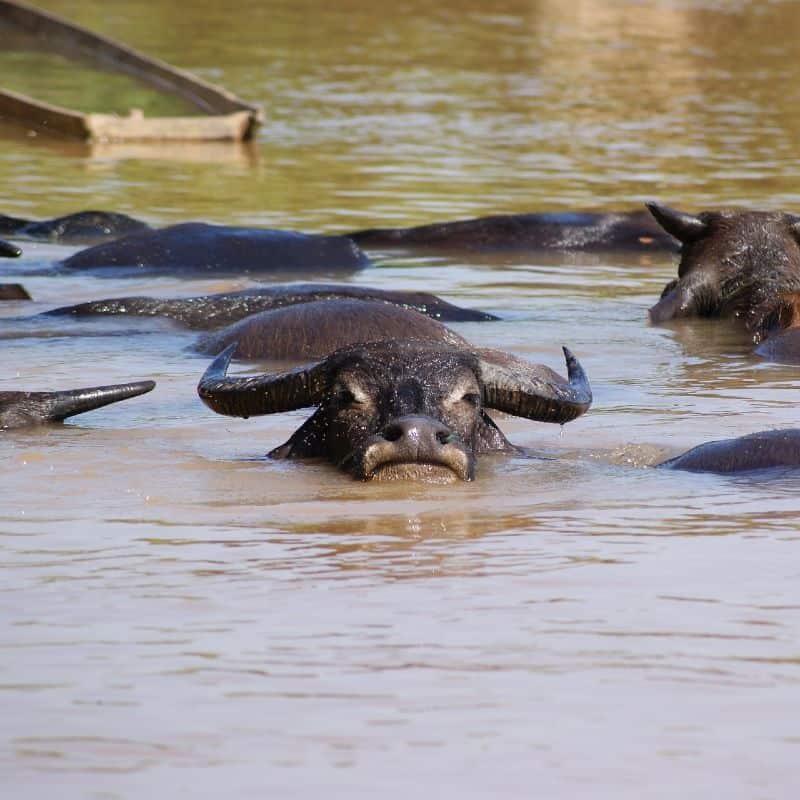 The first day of the festival usually includes a parade of the water buffalo. Farmers brush them and rub their horns with oil, and some even deck them out with flowers and ribbons, to make them look fancier. Other farmers will also paint the buffalo with washable paints, which is certainly an interesting sight. And they will then start leading the carabao towards the church square, where the main part of the event is supposed to happen.

Seriously, the treatment these majestic creatures receive in the days of the festivals makes you wish you were a water buffalo! Before they are anointed in the church square, their entire bodies are shaved and then massages with scented oils. Carabao are then made to kneel down, which is why the Pulilan festival is called the Kneeling Carabao Festival.

And don’t worry, there’s absolutely no animal abuse going on here, not even when the carabao kneel. That was one of my main concerns when I first heard but the festival, but when you realize just how important the carabao are for the people of Bulacan, the thought of animal abuse immediately becomes ridiculous. These animals are well trained, and are incredibly obedient – it’s enough for their farmer to tell them to kneel, and they will do so.

Once the animal is kneeling, the priest will bless it. This confirms the health of the wonderful animals, as well as their endurance for the next year. The health of carabao is very important for the farmers, as it helps them ensure their wonderful helps endure another harvest season by their side. And all of this is happening in front of the San Isidro Labrador church in the city.

Up to 20 water buffalos are lined up for this remarkable festival. Pulilan Carabao Festival is a must-attend if you love the thrill of the Philippines’ culture, or if you just want to experience something unique. Because, where else in the world can you see majestic water buffalo with flowers behind their horns, kneeling as the priest blesses them?

Also, if you happen to love animals, make sure to check out the renowned Philippines Manila Zoo.