Sinulog Festival is a significant festival in the Philippines. The annual festival, held on the third Sunday of January, infuses both culture and religion.

The festivals are held in Cebu City, one of the tourist towns that the Philippines is home to. The festival is held to celebrate the acceptance of Catholicism by locals, as well as the triumph of Christianity over secular religions that the country previously upheld. It’s no ordinary festival, however. Every year, Sinulog seems to get bigger and bigger, becoming one gigantic street party more than anything.

Street dancing, parades, food, and lots of wild partying – that’s what Sinulog is all about.

A brief history of the Sinulog Festival

It is believed that the transformation to Christianity happened in the early 16th century following the baptism of the then royal family alongside commoners. This marked a turning point for the island country, and which would eventually set it apart from other Asian countries. This transformation was marked by the country’s most famous relic, the Sto. Nino de Cebu. It’s believed that Ferdinand Magellan, the first conquistador that set foot in the Philippines, handed this relic to Rajah Humabon in 1521.

Upon receiving the relic, Queen Juana, Rajah Humabon’s wife, took the relic of the child Jesus and danced with joy. Other subjects followed suit, giving birth to the first Sinulog dance in history.

One of the most iconic hallmarks of the festival is the street parade whose grandeur makes it a tourist attraction in itself. The parade, which often spans 12 hours, has participants drawn from locals from different parts of the country.

The participants at Sinulog Festival are usually adorned in resplendent regalia and will often engage in graceful rhythmic dance patterns. This show is replicated across different parts of the Philippines, albeit to a smaller scale.

Know before you go 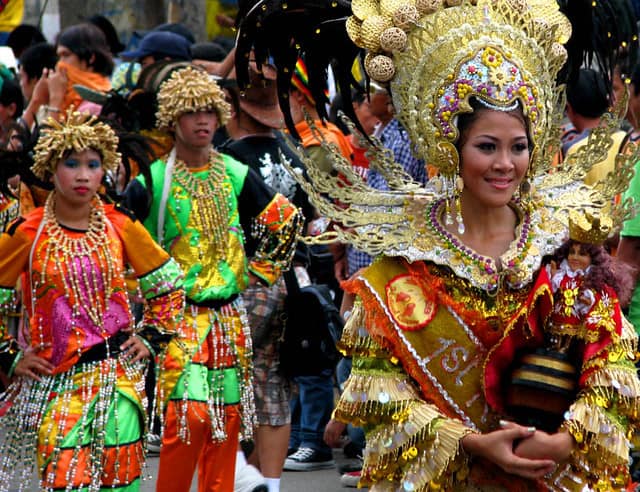 The festival lasts nine days, and its culmination is marked with the Sinulog Grand Parade. This is perhaps the most elaborate part of the Sinulog Festival, and certainly a favorite for many visitors. People will be yelling “Pit Senor”, which means pleading to the king, in memory of celebrating the Spanish king upon the arrival of Magellan.

If you’re not interested in the festival, best to avoid Cebu during this time. Hotels in the city will be fully-booked, and streets will be jam-packed with cars and people. The best way to go through the festival is on foot. Not only will traffic around the city be a nightmare, but many of the streets will be closed. There will be parties, bazaars, and parades all over.

First and foremost, despite the rowdiness, this is still a religious celebration, so you won’t need your survival gear and survival backpack for this festival! The days leading up to the parade are devoted to prayers and rituals. On the last day, however, prepare to be punch drunk both on the experience and the overflowing alcohol and body paint thrown at you while you walk.

The most practical thing to do is to plan and book early. Flights and accommodations will be backed up months in advance. If you book last-minute, either you’ll run out of places to stay or prices will be way above the normal rates. 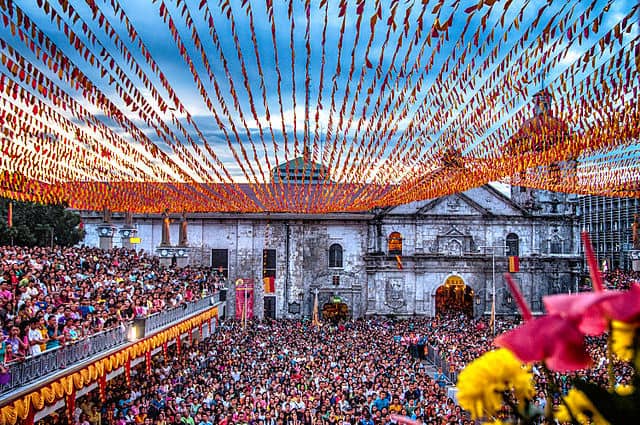 Before the Sinulog Grand Parade is the solemn procession of the Miraculous Image of the Sto. Nino. It starts at the Basilica del Sto. Nino on Osmena Boulevard where the image is enshrined. Two masses are held here during the parade day, too. The Mananita Mass is at 4 AM and the Misa Pontifical de La Fiesta Senor is at 6 AM. 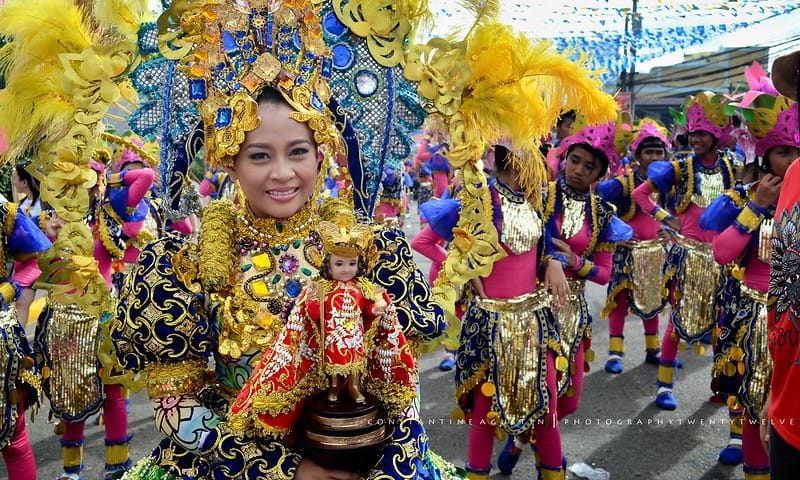 Obviously, the highlight for many tourists is the Sinulog Grand Parade. It starts at 9 AM at the Cebu City Sports Complex just a few meters from the church. During the launch, the street dance performers render a dance ritual onstage. If you wish to view the launch, the best viewpoint is at the grandstand.

However, the best experience is on the streets. The parade travels from the sports complex to P. del Rosario through Gen. Maxilom Avenue and the Fuente Circle. The parade includes decorative floats, gigantic puppets, contestants for the Search of the Sinulog Festival Queen, and, of course, the street dancers. During this circuit, festival-goers drink booze, throw paint, and simply party all day long.

After the ruckus of the Grand Parade, the city government announces the winners for several competitions that ran throughout the nine days. There’s the Sinulog Festival Queen, photo contests, and winners of the street dance competition. 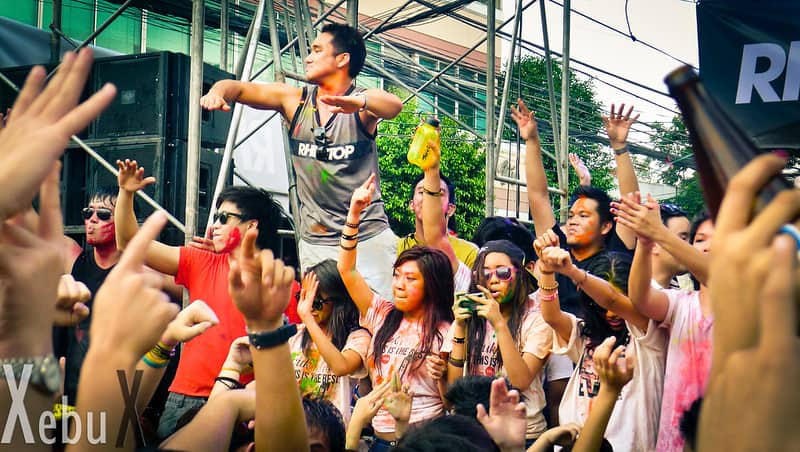 Parties don’t just happen on the streets. Bars along and near the parade circuit hold their own celebrations as well. The most popular party places are “Day Break” at Summers Cafe and “Sinulog sa Base Line” at Base Line Center. Several clubs hold grand parties as well such as Rumour, F Bar, and club Agwa.