Are There Snakes In Hawaii?

Wondering if there are any snakes in Hawaii? Maybe heading out on a hike and don’t want to get bitten?

You’re definitely in the right place because this guide will tell you all you need to know about the (lack of) snakes in Hawaii!

Are there any snakes native to the island state, is it legal to own them as pets, and how many species of poisonous snakes one can encounter in Hawaii are just a few of the topics we’ve covered in this detailed guide. So, read on to learn more about snakes in Hawaii, and prepare for any upcoming trips to the tropical paradise!

Are There Any Snakes In Hawaii? 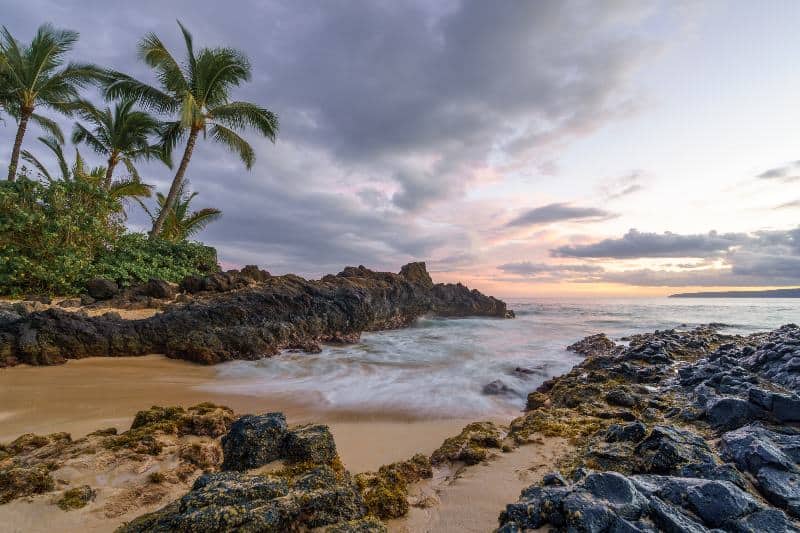 Yes and no. There aren’t any snakes that are native to the island state, but it is possible to encounter snakes when you’re out and about, exploring the Hawaiian wilderness. Even though no species are native to Hawaii, they have managed to find their way there most often by hitching rides on airplanes.

In the last few years, Hawaiian authorities have also imported snakes, in order to help train dogs to get rid of them on sight. This is because certain snake species are a threat to the state’s ecosystem – so much so that owning a pet snake is very much illegal in Hawaii, and punishable by an astronomical fine as well as jail time.

So, yes, there are snakes and Hawaii and it’s possible to encounter them on the various islands. Read on to see what types of snakes are most common in Hawaii, whether there are any venomous snakes in the island state, and what you should do if you encounter any of them out in the wild!

Is It Legal To Own Snakes As Pets In Hawaii? 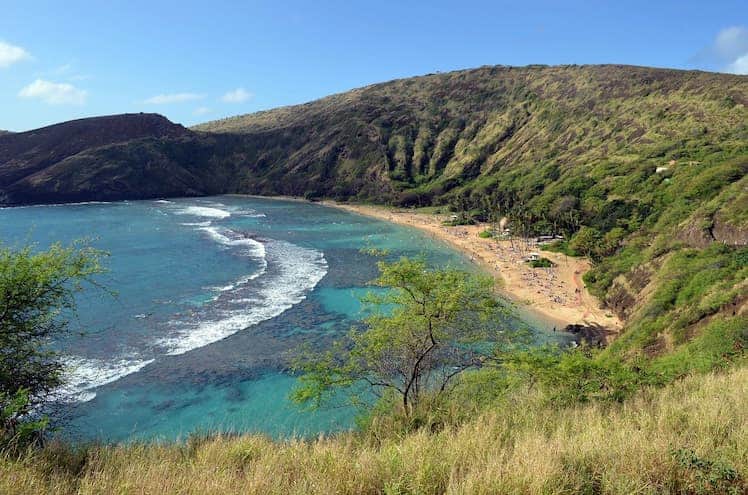 No! Snakes are highly illegal in Hawaii because the islands have no natural predators that could help control their population. Also, the snakes would actually compete with the native Hawaiian animals for habitat and birds, which could be detrimental to all species that are actually native to the Hawaiian islands.

That’s why it is illegal to own a snake in Hawaii, and not abiding by the law could incur a fine of up to $200,000 plus three years of prison time.

There is an amnesty program in place, in which it is possible to turn in any snakes without incurring a fine or having to answer any questions. But, if you’re caught with an illegal animal in your home, you risk a fine and possibly even jail time, depending on just how large and dangerous the snake is.

Importing snakes into the states is also illegal, but it’s worth noting that passengers who unknowingly bring a snake into the country will not be punished, provided that they inform the authorities of the snake’s presence as soon as they realize it.

There were are few incidents previously, in which travelers unknowingly brought a snake in their luggage, and they were not penalized because they informed the authorities immediately. So, in case a reptile manages to hitch a ride to Hawaii in your suitcase, you’ll be fine as long as you call the police ASAP and let them know what happened.

Types Of Snakes Found In Hawaii

Although snakes are not native to the Hawaiian islands, over the years some have found their way to this tropical paradise. Whether they were illegally imported, brought over unknowingly buried in plant pots, or hitched a ride on an airplane from Guam, some snakes have managed to reach Hawaii and make a home there. 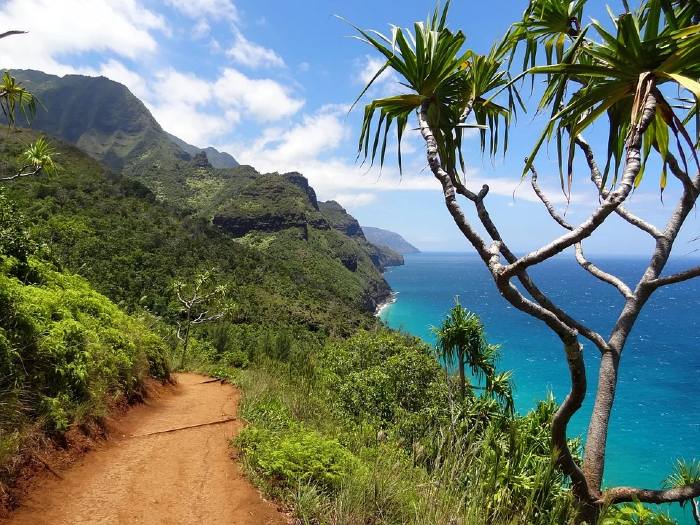 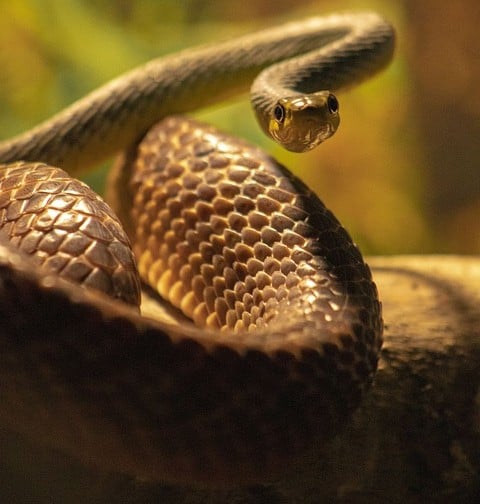 The Brown tree Snake is one of the venomous snakes whose presence has been confirmed on the Hawaiian islands. Although one hasn’t been sighted out in the wild on the islands in decades, there were a total of eight reports of the Brown Tree Snake in Hawaii in the 1980s and 1990s. They’re not native to the island, so how exactly did these poisonous snakes make their way onto the tropics paradise that is Hawaii?

Brown tree snakes are native to islands that are situated between the Indian and Pacific oceans. They were first spotted in Guam in the 1950s, and it’s no coincidence that the mildly venomous snakes appeared in Hawaii in the 1980s. That’s when direct flights from Guam to Hawaii became a common thing – snakes can usually hitch a ride on either civilian or military aircrafts, thus appearing on the Hawaiian islands.

These snakes are mildly venomous, but they’re not considered extremely dangerous for adults. Children can have a worse reaction to the bites, but it’s worth noting that there have been no noted deaths from brown tree snakebites.

In 2018, officials from Hawaii imported four sterile brown tree snakes into the state, in order to help facilitate dog training. The dogs were trained to sniff out these snakes and get rid of them on sight, which should help minimize the chances of these venomous snakes appearing on the islands again.

The Yellow-Bellied Sea Snake is one of the most widespread types of snakes on the planet. It is found in the water of the Indian and Pacific oceans, and they’re everywhere from South Africa to Central America. These snakes usually live out in the water, but occasionally they’ve been sighted stranded on the beach.

Although they’re venomous snakes, they don’t really pose a danger to humans. They’re very small, and given the chance, they will rather run than attack a human on-sight. Even when they hunt, these snakes opt for a stealthier and slower approach, instead of an aggressive attack.

Also, it’s highly unlikely that you’ll spot a yellow-bellied sea snake while you’re swimming not that far from the beach. These creatures prefer to live in open water, far away from the traffic that humans can create. They’ve been spotted beached and in shallow waters, but usually, this was because of strong winds or currents that forced them in that direction.

If you really want to see a yellow-bellied sea snake while you are in Hawaii, your best bet is to go on a boat ride. The chances of actually seeing one of these creatures are still pretty low, so don’t be disappointed if you never manage to spot one of these snakes in Hawaii! 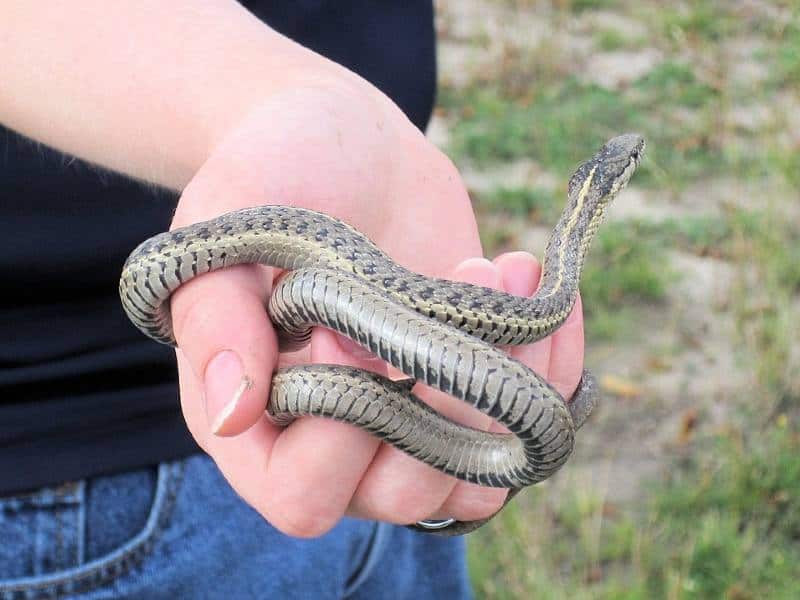 The garter snake is a venomous snake that has been seen in Hawaii in two separate instances, both of which included a Christmas tree. The first instance was in 2004 – a garter snake was discovered in a supermarket when the workers were unloading a shipment of Christmas trees from Oregon.

Something similar happened again in 2020 when a garter snake was discovered in a shipment of Christmas trees, but in this instance, the snake arrived in Hawaii injured and died shortly after being found.

Garter snakes are very common on the North American continent, and they’ve even managed to find their way to places like Alaska – yes, there are garter snakes even in Alaska! They are venomous, but their venom is so mild that they don’t pose a serious threat to adult humans.

Garter snakes produce a very small amount of a neurotoxin and they’re not that good at delivering at it, so bites from them usually result in mild discomfort and swelling.

It’s also worth noting that garter snakes are small reptiles, and they rarely attack humans on purpose. They tend to hide when they feel threatened, so the chances of someone getting seriously injured because of a garter snake bite in Hawaii are next to nothing. 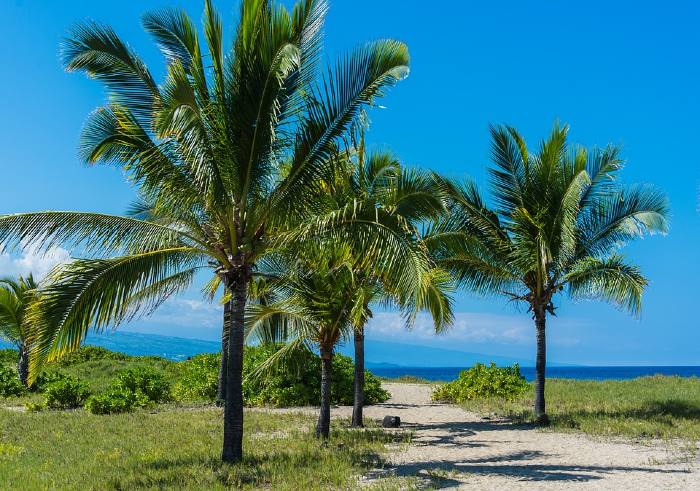 There have been several reported incidents of people encountering non-venomous snakes in Hawaii, and that’s what we’ll cover in this section. Read on to see what types of non-poisonous snakes were previously found in Hawaii, and what to do if you ever see one of them while you’re out and about in the tropical paradise!

The one type of snake that is especially common in the Hawaiian Islands is the brahminy blind snake. It’s also known as the Hawaiian Blind Snake, and it’s entirely harmless to humans. These are tiny snakes that are more similar to earthworms than actual snakes. However, a closer look reveals that their skin has snake-like scales and not annular segments that are found in true earthworms.

These blind snakes are burrowing animals, meaning that they mostly spend their time underground, just like earthworms. It’s even believed that they made their way to Hawaii through plant trade – they were burrowed in the earth of various imported plants, and that’s how they became so common on the islands.

The Hawaiian Blind Snake is non-venomous, and it’s entirely harmless. It’s also very rare to stumble upon one of these out in the wild, since they spend most of their time underground, in termite and ant nests. 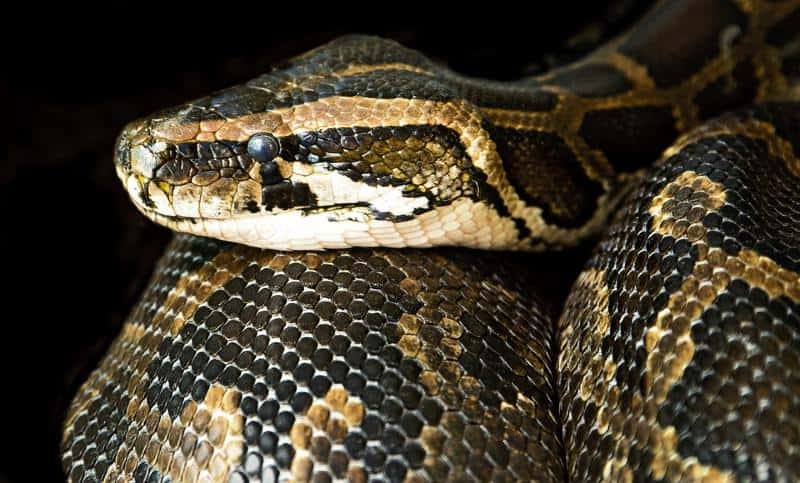 Back in 2019, a boa constrictor of a whooping five feet was discovered on Hawaii’s Oahu island. Nobody knows exactly how the snake got there, but it’s presumed that it was illegally brought into the state because it was in excellent condition. And it’s not the only boa constrictor that has been noticed in Hawaii – two other snakes were found back in 2011, both in separate incidents.

One of those was a nine-foot boa constrictor that was spotted by farm workers. The brave workers managed to capture the snake and hold it in captivity until the next day when they surrendered it to the authorities. There was also an incident in 2013, in which a boa constrictor was run over on a highway and killed.

Although the snakes are not poisonous, they pose a massive danger to the delicate Hawaiian ecosystem. Boa constrictors feed on small animals, which there are plenty of in the tropical state. The snakes rarely attack humans, but the boa’s hug could be lethal for anyone, so it’s a good thing that it’s been a couple of years since the last boa sighting in Hawaii! 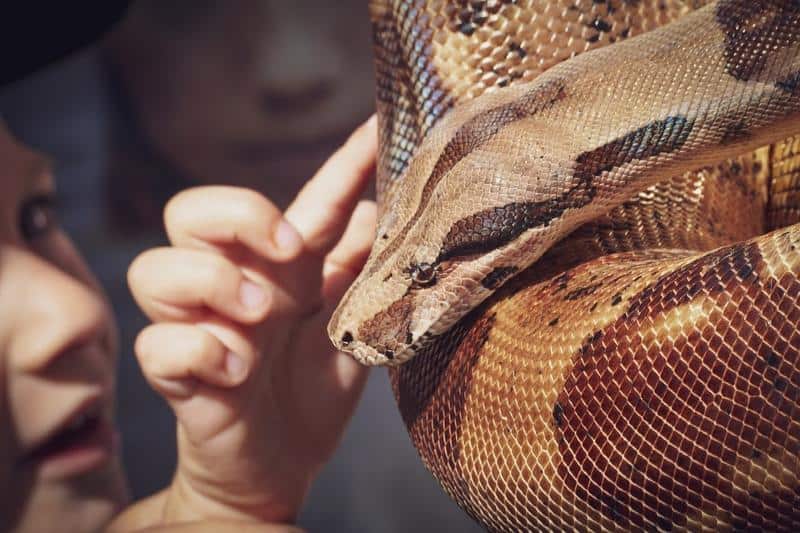 Ball phyton is another type of snake that’s been encountered in the island state. Three different ball phytons were seen in Hawaii since 2015, and it’s assumed that they were kept as pets because they were found in great condition. Plus, ball phytons are commonly kept as pets in other US states and countries all over the world, so it wouldn’t be surprising that these were pet snakes that had managed to escape.

Although ball phytons are not venomous, they do pose a danger both to humans and the state’s balanced ecosystem. Phytons feed on birds and small animals that are abundant in Hawaii, and if they were let to roam free through the state, they’d wreak havoc on the ecosystem. Also, even though lots of people keep phytons as pets, there were several instances of pet phytons eating their owners. 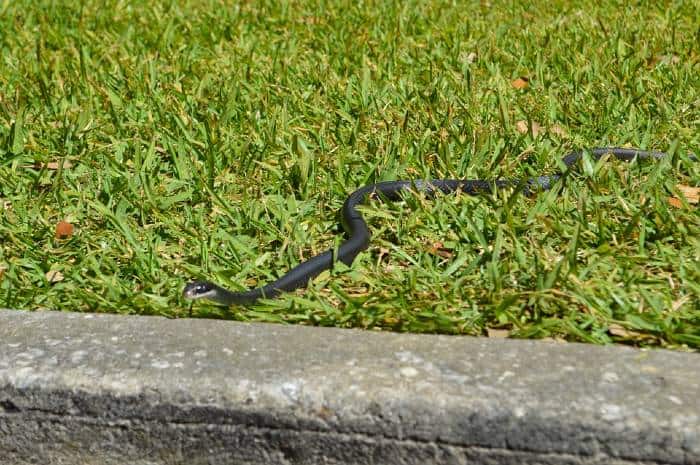 Although the fees for importing snakes in Hawaii are astronomical, this specific traveler was not punished because he was unaware that the constrictor had managed to secure a prime seat in his luggage.

Even though this type of snake is not venomous, it poses a huge danger to the Hawaiian ecosystem. Southern black racers move at incredible speeds, devouring everything they can that’s in their way. One of these on the loose in the Hawaiian wilderness would pose a serious threat to the island’s smaller animals, causing severe and possibly irreparable damage to the ecosystem.